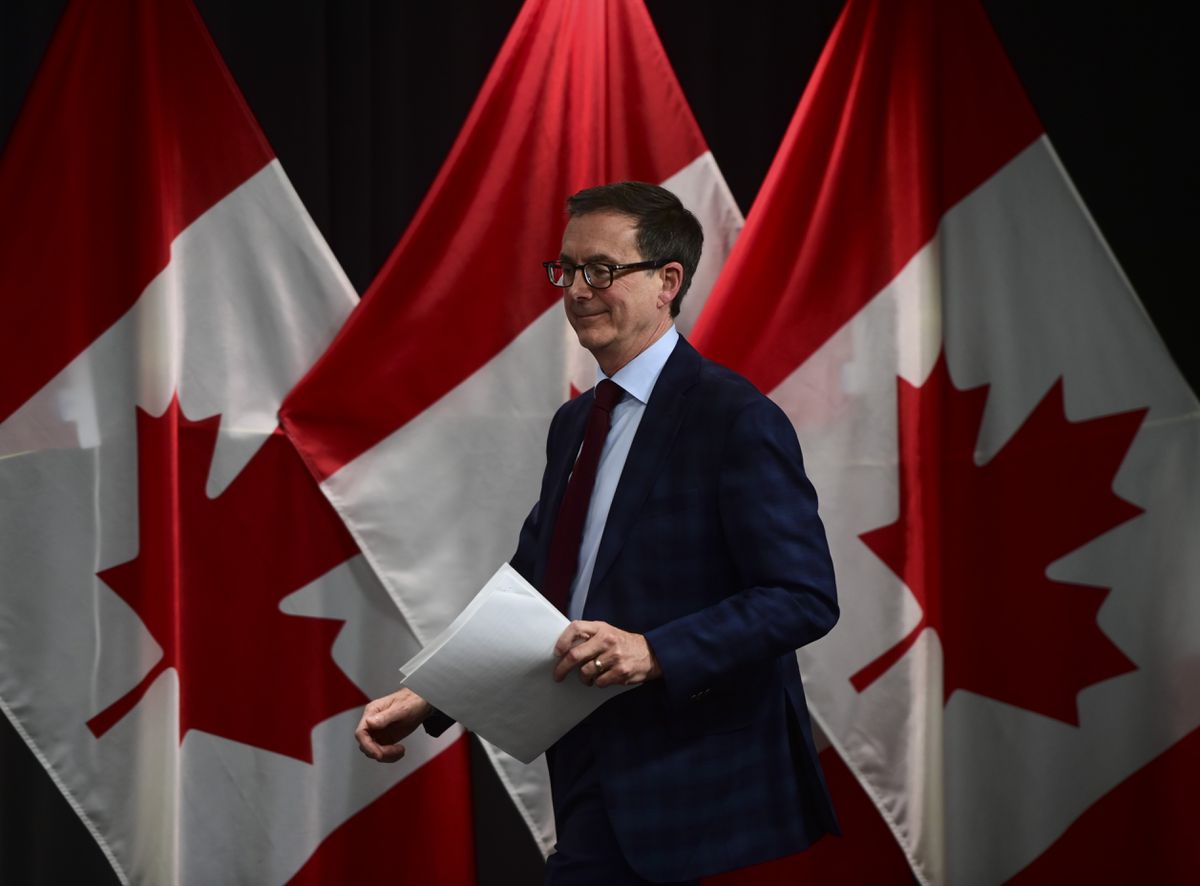 The Bank of Canada is expecting “a solid rebound in the immediate months ahead,” governor Tiff Macklem said on Tuesday, although the longer term recovery in employment will be complicated by “structural” changes in the Canadian economy.

The labour market is being rapidly transformed by digitalization and automation, Mr. Macklem said in a virtual speech hosted by the Edmonton and Calgary chambers of commerce. This process has accelerated during the pandemic, meaning that unemployed people hoping to return to work once vaccines become widely available could face a very different labour market.

“Even as it recovers, the economy is adapting to structural changes, and some workers will need to shift to jobs in faster-growing sectors,” Mr. Macklem said, according to the prepared text of the speech.

“This all points to an even more protracted recuperation period while the economic potential that was lost over the course of the pandemic is rebuilt,” he said.

While Mr. Macklem focused on labour markets in his speech, he did touch on inflation. He reiterated that the central bank does not expect economic slack to be fully absorbed until 2023, and said that the bank remains committed to keeping its policy interest rate ” at the effective lower bound until economic slack is absorbed so that our [2 per cent] inflation target is sustainably achieved.”

His comments come one day after Statistics Canada revised its core inflation measures upwards, after backtracking on a change to its methodology. The average “core inflation” rate – a combination of three inflation measures closely watched by the Bank of Canada – was 1.8 per cent in January, Statscan said Monday. That’s up from a rate of 1.5 per cent it reported last week.

“With a complete recovery still a long way off, monetary policy will need to provide stimulus for a considerable period,” Mr. Macklem said.

The economic downturn caused by COVID-19 hit women and young people particularly hard, given their representation in “high contact” industries such as hospitality and retail. Now these sectors are among those that could be most affected by automation and digitalization.

“The workers who have already borne the brunt of the pandemic may be especially affected,” Mr. Macklem said.

“Many low-wage jobs have a high potential of being automated. And some jobs that are disproportionately held by women and youth, such as retail salesperson and cashier, are also the kinds of jobs where the pandemic has accelerated structural change,” he said.

Mr. Macklem highlighted the connection between employment and inflation, noting that the economy needs to reach full employment in order to sustainably reach the bank’s inflation target.

“Without full employment, inflation will not stay close to its 2-per-cent target because the shortfall in jobs and incomes will pull inflation down. And without low inflation and well-anchored inflation expectations, we are doomed to repeat boom and bust cycles with large fluctuations in employment,” he said.

He said that governments, employers and educational organizations will need to emphasize re-skilling and digital training in the years ahead.

The United States, Mexico and Canada will next week hold their first formal talks on their continental trade deal, with particular focus on labor and environmental obligations, the U.S. government said on Friday.

Trade ministers from the three nations are set to meet virtually on Monday and Tuesday to discuss the U.S.-Mexico-Canada (USMCA) deal, which took effect in July 2020.

“The ministers will receive updates about work already underway to advance cooperation … and will hold robust discussions about USMCA’s landmark labor and environmental obligations,” the office of U.S. Trade Representative Katherine Tai said in a statement.

The United States is also reviewing tariffs which may be leading to inflation in the country, economic adviser Cecilia Rouse told reporters at the White House on Friday, a move that could affect hundreds of billions of dollars in trade.

Warriors top Grizzlies for No. 8 seed