Lululemon announced Thursday fiscal fourth-quarter results that topped expectations, as its same-store sales surged 20% during the period, thanks, in part, to more men shopping in its stores and online.

However, due to the uncertainty from the coronavirus pandemic, the yoga pants maker said it will not be providing a fiscal 2020 outlook at this time. Its stock fell about 2% in after-hours trading.

Here’s how the company did during the fourth quarter compared with what analysts were expecting, based on Refinitiv data:

Same-store sales overall were up 20%, the company said. Digital sales surged 41% during the quarter. Men’s revenue was up 32%, and women’s was up 17%.

“The strength of our brand and strong financial position will help us manage through the day-to-day, while continuing to effectively plan for and invest in our future,” CEO Calvin McDonald said in a statement.

Based on learnings from China, McDonald told analysts Thursday that he has confidence the business “will bounce back.” He said sales in China are not yet back to their levels prior to stores in the region closing. But volume is improving “week by week,” he said.

Lululemon stores in the U.S., Canada and other markets will be reopening on a “market by market basis,” the CEO said, based on local information. “Our stores will reopen. … Lululemon is in a very healthy position.” But he cautioned that the company is planning for stores in North America to be closed for longer than they were in China.

Lululemon, meantime, has confidence that even if shoppers are not looking to buy leggings and sports bras today, the retailer does not have to worry about putting items on sale, in the future, to move them off shelves.

Much of Lululemon’s merchandise is “less seasonal in nature,” compared with other apparel categories, McDonald explained. “Styles can be held for future use.”

“We do not believe [the coronavirus] will change the trend toward people wanting to live active and healthy lifestyles,” he added.

In managing expenses, Lululemon said it will be scaling back on store openings and remodels in the near term.

Lululemon shares closed Thursday up about 3.7%. The stock is down about 15% this year. The company has a market cap of about $26.2 billion.

During Volatility, Focus on Buying These Quality Stocks – The Motley Fool Canada

As a result, the fast-food chain filed a complaint in the Delaware Chancery Court to recover any compensation and severance benefits that he received when he left his post. The company has also taken steps to prevent Easterbrook from exercising any stock options or selling any shares.

Chris Kempczinski, who took over as CEO when Easterbrook was pushed out, alerted company employees about the action Monday.

“We recently became aware, through an employee report, of new information regarding the conduct of our former CEO, Steve Easterbrook,” he wrote in the internal memo, reviewed by Bloomberg News. “While the board made the right decision to swiftly remove him from the company last November, this new information makes it clear that he lied and destroyed evidence regarding inappropriate personal behavior and should not have retained the contractual compensation he did upon his exit.”

Easterbrook got US$675,000 in severance and health insurance benefits and stock awards that Bloomberg valued at more than US$37 million last November.

McDonald’s shares were little changed in premarket trading Monday in New York. McDonald’s fell 3.5 per cent this year through Friday, roughly in line with the S&P 500 Index.

According to the complaint, the evidence against Easterbrook includes dozens of naked or explicit photographs and videos of various women, including some employees, that Easterbrook had sent as attachments to his personal email account from his work account. The time stamps on the photos of employees show they were all taken in late 2018 or early 2019, when he was CEO. 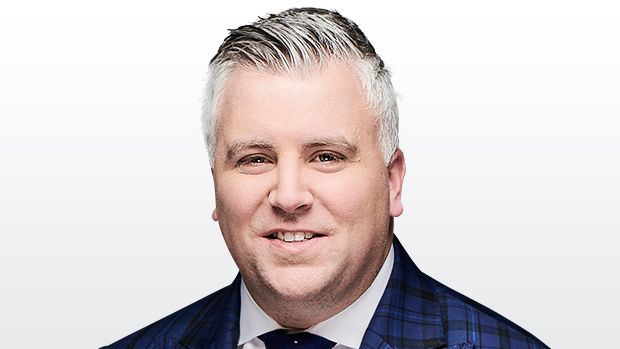 The Smiths Falls, Ont.-based company reported first-quarter revenue of $110.4 million, up 22 per cent from the same quarter a year earlier, while posting a loss of $128.3 million, a 34 per cent improvement from last year.

Analysts expected Canopy to report $98.1 million in revenue in the quarter while posting a loss of $151.3 million, according to Bloomberg.

In a phone interview with BNN Bloomberg, David Klein, Canopy’s chief executive officer, described the past year as being rife with change as the company pursued profitability.

“We’re going through a process where we’re re-thinking everything,” Klein said. “We’re thinking how we interact with the consumer, how our products leave our facilities and the kinds of products we produce.”

Canopy’s better-than-expected results end a recent streak of disappointing quarters that were overshadowed by the company’s recent moves to restructure its operations under the guidance of Klein, who formally took on the CEO role in January. Since then, the company shed hundreds of staff over the past several months while announcing it would shut down cultivation operations in Canada and the U.S. to contain spiraling costs.

Canopy said Monday it reduced its staff count by about 18 per cent from the beginning of the year. The company said it had 4,434 total employees at the end of March, according to recent filings.

Initial reports from Ontario’s cannabis wholesaler showed Canopy’s share of the recreational pot market has faced pressure from its peers such as Aphria Inc. and Aurora Cannabis Inc. Analysts estimate Canopy has about 15 per cent of the Canadian recreational pot market, down from about 20 per cent from the beginning of the year.

Canopy executives also shared their plans during a presentation to investors in June to trim the number of products it sells to the recreational market by one-third in order to avoid confusing consumers with too many offerings. They also said that sales were hurt from early April to late May by the COVID-19 pandemic preventing customers from shopping in retail stores as well as lower purchase orders from provincial wholesalers.

Klein said he’s focused on recovering lost market share by ensuring the company’s products aren’t out of stock and are of high quality, while not overproducing more cannabis in a market already swamped with existing inventories.

“We’re doing a good job on those things but it didn’t manifest itself in this quarter,” he said.

Canopy also appears to be in the early days of a broad-based U.S. strategy aimed at securing a top spot in the burgeoning CBD market. The company recently signed NFL all-star Patrick Mahomes to an endorsement deal for its Biosteel sports nutrition subsidiary, launched an online sales portal for its U.S. CBD brand, and restructured its deal to acquire U.S. pot producer Acreage Holdings Inc. once it is federally permissible to do so.

Klein said the company is moving “as quickly as we can” to expand its U.S. operations under the limitations of only being able to compete in the CBD space. The launch of Canopy’s CBD partnership with lifestyle icon Martha Stewart is expected to happen next month, he added.

Despite its various woes, Canopy continues to cast an influential shadow over the cannabis sector. The company maintains the largest cash position in the sector with about $2 billion on its balance sheet, unchanged from the prior quarter.

“While we are concerned with the estimates for Canopy, we do believe the company’s balance sheet strength warrants a premium in the current environment, especially if further Canadian [licensed producers] go bankrupt,” said RBC Capital Markets analyst Douglas Miehm, in a report to clients last month.

This brings the province’s total number of lab-confirmed and probable positive cases to 542 since early March.

The current test positivity rate is 1.45 per cent.

The cases are from the following regions:

“The cases are currently self-isolating and contact tracing is underway,” said Roussin. “At this time there continues to be no evidence of workplace transmission, however, the case investigations are continuing.”

He also noted that some cases are from an unknown source in that area.

“While many of today’s cases appear to be linked to known clusters in Southern Health Region and Western Manitoba, notably Brandon, or are close contacts of previously known cases, preliminary information suggests that there may be a small number of cases with unknown acquisition in these areas and this is what we term as community-based transmission,” Roussin said.

Six people are in hospital right now due to the virus, three of them in intensive care.

The province has 182 active cases and 352 people have recovered from the virus.

The number of deaths in the province related to COVID-19 remains at eight.

On Saturday, 756 laboratory tests were performed, bringing the total to 100,830 since early February.