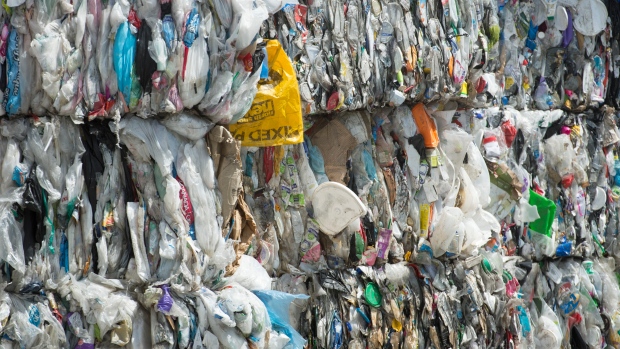 TORONTO —
The majority of Canadians want to see the federal government step up when it comes to expanding the list of banned single-use plastics, according to a new survey.

According to a poll released by Oceana Canada, two-thirds of Canadians think the federal government should expand its plastic ban to include additional harmful single use plastics.

Last fall the federal government announced a ban of six single-use plastic items that are set to be phased out across the country by 2022. The list includes plastic grocery bags, straws, stir sticks, plastic cutlery, six-pack rings and food containers made from hard-to-recycle plastics.

At the time, Environment and Climate Change Minister Jonathan Wilkinson said retailers will be expected to provide plastic alternatives to customers.

Oceana Canada says the list only covers a “fraction” of what is actually used on a day-to-day basis.

“We know that only nine per cent of plastics are currently recycled in Canada, and we know that the vast majority of plastics that we use are actually challenging to recycle,” said Wallis.

She says Canada’s recycling systems were never designed to handle the volume or complexity of materials on the market. Despite the amount of work that still needs to be done, Wallis recognizes that the government is making good first steps.

“It’s great to see leadership in this space, but if we’re serious about handling this crisis, we need to get more serious about reducing our plastic use and consumption overall,” said Wallis.

The survey of 1,500 Canadians was conducted by Abacus Data. Of those surveyed, most said they want to see the government add more harmful products including hot and cold drink cups, cigarette filters and all forms of polystytrene, commonly known as Styrofoam.

Each of these products are commonly littered and often end up in waterways as a result. The federal government’s initiative to ban six plastic products is part of a larger plan to achieve zero plastic waste by 2030.

But unless additional items are added to the list, Wallis says pollution will only get worse.

“It’s estimated that plastic production is going to double by 2035,” said Wallis.

However, a separate survey by Dalhousie University from last summer suggested that since the beginning of the pandemic, Canadian support for stronger single-use plastic regulations actually fell, possibly due to increased concern about the spread of the virus and the need for plastic-based PPE.

Although Wallis said she is optimistic people will change their attitudes towards plastic use, meaningful change will inevitably fall on the government.

“At the end of the day this is a systemic problem that’s going to take legislative action, not just you as an individual making the best choices you can in a world that is constantly inundated with more plastic,” said Wallis.

COVID-19 pandemic could be over in Canada by September, microbiologist predicts – CTV Edmonton 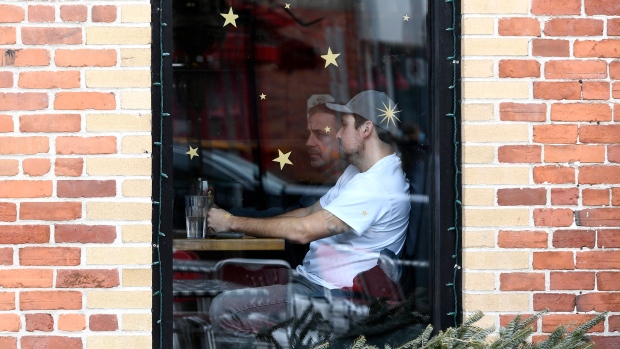 OTTAWA —
With more doses of COVID-19 vaccine arriving in Canada and guidance changing on administering the shots to citizens, a microbiologist suggests the pandemic will “probably” be over in this country by September.

“I think we’re about to go into that third act and finally put an end to the pandemic,” said Jason Tetro, the author known as the Germ Guy, noting many people have been trained to be pessimistic this winter.

Late Wednesday, Canada’s National Advisory Committee on Immunization issued new guidance on administering the COVID-19 vaccine. The panel of medical experts says the second dose of COVID-19 vaccines can be given up to four months after the first.

Tetro tells CTV News Ottawa that after a glum few months, there is reason for optimism.

“We’ve got lots of doses coming; we’ve got three approved, we’ve got two others that are in the pipeline. I think we’re going to be definitely getting to that point where by the summer we’re going to be in a very good position and probably see the end of this pandemic by September,” said Tetro.

Prime Minister Justin Trudeau has said the government will have enough doses of the COVID-19 vaccine to vaccinate all Canadians by September. Trudeau said Wednesday he’s “optimistic” the timeline could speed up.

The microbiologist says the arrival of the AstraZeneca vaccine gives Canada a variety of vaccine options to begin targeting different age groups.

Tetro adds the longer intervals between doses can speed up the timeline to vaccinate all Canadians against COVID-19.

“What we’re trying to do now is to remove the pandemic status of COVID-19 and maybe even bring it down by the end of this year to what would essentially be a common cold and flu status,” said Tetro.

He notes research from Scotland, Cambridge University in the United Kingdom and Israel shows one dose for all Canadians will make a difference.

“If we get everybody vaccinated with one dose, it doesn’t matter which one it happens to be, that’s going to give us the protection we need to be able to get through the seasonality and also to remove the pandemic emergency that we’re currently living through now,” said Tetro. 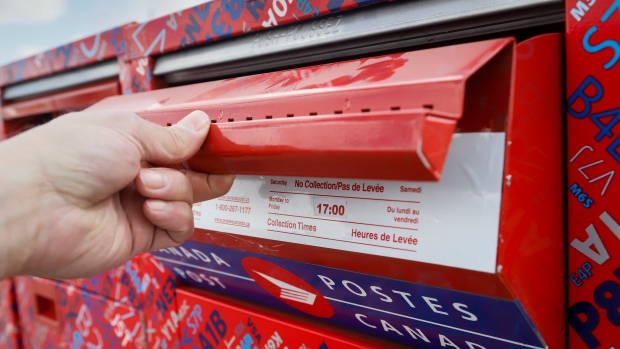 TORONTO —
They’re not used as commonly as they once were, but a money order is something you can buy at Canada Post that is supposed to be as good as cash.

The post office says it’s a safe and secure way to send funds in the mail, but a Brampton woman says that when her money order got lost she was initially denied a refund.

“I ordered them in November as they are always lovely to wear on a cold winter day,” Diehl said.

When they arrived, Diehl sent a money order for $580 to the woman who made them in Weagamow First Nation in northern Ontario.

A money order is the preferred method of payment in the fly-in community.

“She relies on Canada Post money orders because they don’t have active banks up there I believe,” Diehl said.

One month after sending the money order, the person contacted Diehl to say she had never received it.

Canada Post said it would take 45 days to investigate so Diehl sent another money order to make sure the woman would receive her funds for the moccasins.

Canada Post eventually told Diehl the money order was lost in the mail, but that she would only get back fees she paid for the money order, not the $580 dollars.

A customer service agent with Canada Post told her “unfortunately, because insurance coverage was not purchased at the time of mailing, we are unable to provide any additional compensation.”

Diehl said there was no mention of insurance coverage being needed when she purchased the money order.

When CTV News Toronto reached out to Canada Post, we were told insurance is not required for money orders and funds are guaranteed returned if a money order is lost and uncashed.

“We spoke to Ms. Diehl to let her know we are refunding her $580 money order as per our policies,” a spokesperson told CTV news Toronto.

Diehl felt if she hadn’t contacted CTV News Toronto she would not have received her refund.

OTTAWA (Reuters) – The United States is “very open” to helping other countries procure COVID-19 vaccines and conversations about how to do so are continuing, Canadian Prime Minister Justin Trudeau said on Wednesday.

The United States will have enough COVID-19 vaccine for every adult by the end of May, President Joe Biden said on Tuesday. The initial goal had been end of July.

Canada‘s target is end-September and critics, who complain about the slow vaccine rollout so far, say Trudeau should ask the United States to permit shipments across the border.

Trudeau told reporters it was clear from his conversations with Biden that Washington understood the best way to combat COVID-19 was to do so worldwide.

“By stepping up on the COVAX facility internationally, by looking at how they can be helpful around the world, (they are) very open to helping out other countries and those conversations will continue,” he said.

Mexican President Andres Manuel Lopez Obrador said on Tuesday he was hopeful the United States will be able to share COVID-19 vaccines.

Later on Wednesday, Canada‘s advisory panel on immunization recommended that to make the most of limited supplies, the gap between the first and second doses of the Pfizer Inc and Moderna Inc vaccines should be extended to four months, up from six weeks.

“Canada will be able to provide access to first doses of highly efficacious vaccines to more individuals earlier,” the panel said on its website. The provinces of Alberta and British Columbia have already announced a four-month gap.

The six-week gap was already a deviation from the way the vaccines were tested. In clinical trials, two doses of the Pfizer vaccine were giving three weeks apart and the Moderna shots four weeks apart.

A first batch of 500,000 vaccine doses from AstraZeneca Plc arrived on Wednesday. These had not been included in Ottawa’s initial plan, Trudeau said, noting regulators were also examining other vaccines.

“We are very optimistic that we are going to be able to accelerate some of these time lines,” he said.

COVID-19 pandemic could be over in Canada by September, microbiologist predicts – CTV Edmonton