The Honourable John Hogan, KC, Minister of Justice and Public Safety, and the Honourable Elvis Loveless, Minister of Transportation and Infrastructure, will be available to media today (Sunday, September 25) at 2:00 p.m. to discuss response to the impacts of Hurricane Fiona.

The availability will be held in St. John’s at the Provincial Emergency Operations Centre, 45 Major’s Path. 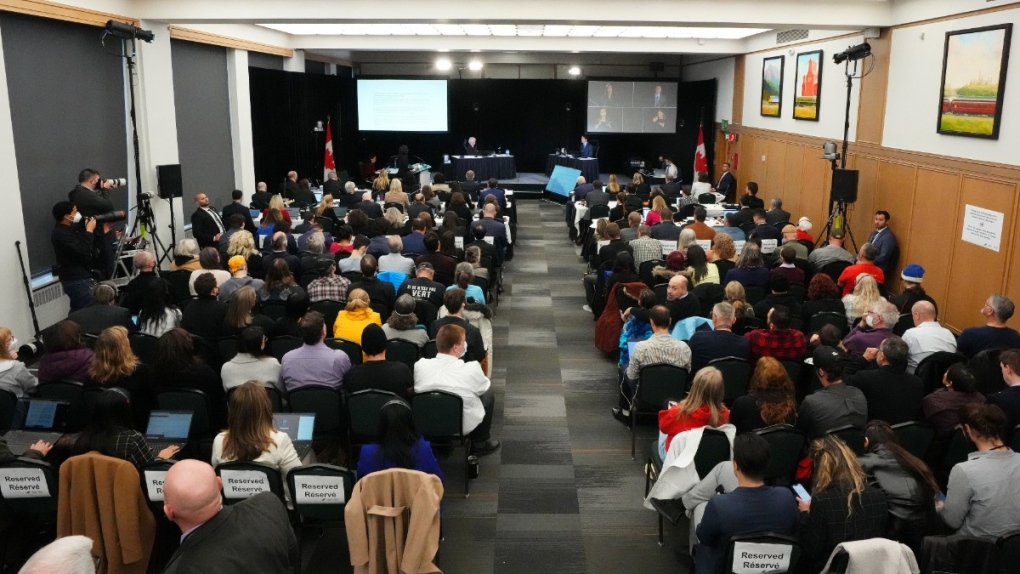 Social media acted as the “central nervous system” of the “Freedom Convoy” protest in Ottawa last winter, the Public Order Emergency Commission heard Tuesday as it considered the role of misinformation in the lead up to the invocation of the Emergencies Act.

The policy phase this week follows six weeks of fact-finding hearings into the events that led to that decision, which included testimony about online threats and the role social media played in organizing the protest against COVID-19 public health measures.

Before thousands of trucks started rolling toward Ottawa last January, a loose group of protest organizers communicated mainly over TikTok and Facebook, the commission heard over those weeks of testimony. Many of them had never met in person until the protest began.

“Social media was the central nervous system of the convoy, and exploration of its role crosses numerous domains, such as law, psychology, history, sociology and public policy, to name a few,” Emily Laidlaw, the Canada Research Chair in Cybersecurity Law at the University of Calgary, wrote in a report for the commission.

Social media was used to fundraise, connect organizers and spread their message. It was also used to contrast the accounts of traditional media outlets and provide a different view of what was happening on the ground, Dax D’Orazio, a political scientist and post-doctoral fellow with Queen’s University, testified during an expert panel discussion before the commission Tuesday.

“It was a way of creating meaning, finding community and building, eventually, momentum for social and a political movement,” he said.

The inquiry is seeking the expert input to bolster its analysis of whether the government was right to use the Emergencies Act in response to protests that took over downtown Ottawa and halted trade at several border crossings.

The expert testimony will inform Commissioner Paul Rouleau’s recommendations about how to modernize the Emergencies Act and identify other areas for further study. It will also help him and his team study the impact of the purposeful or inadvertent spread of false information during the protest, which was explicitly written into the commission’s mandate.

Experts testified that regulating disinformation is a difficult prospect, especially since it’s not illegal to spread falsehoods.

“It’s lawful but awful,” said Laidlaw during the panel discussion. “For the government to create legislation that targets lawful expression, it likely won’t survive constitutional scrutiny.”

It would be difficult to draft laws that distinguish between the two, said Jonathon Penney, a legal scholar at York University. “It’s a question of intent,” he said.

The panellists also explored the relationship between extremist views and social media, which can provide an echo chamber that serves to confirm people’s existing biases.

People who subscribe to extremist views increasingly turn to “fringe media” instead of taking in news from traditional sources, said David Morin, a national security expert with Sherbrook University, who spoke at the panel in French.

He said “self-made journalists” associated with those fringe outlets were present in Ottawa during the convoy protest, and produced “alternative information” for viewers.

For example, Morin said some alternative media sources reported that hundreds of thousands of protesters attended the Ottawa demonstration, when police reports show the true number was far lower.

The inquiry is on a tight timeline to complete its work, with Rouleau expected to submit final recommendations to Parliament at the beginning of February.

Another panel on the flow of essential goods and services, critical infrastructure and trade corridors was scheduled for Tuesday afternoon.

This report by The Canadian Press was first published Nov. 29, 2022. 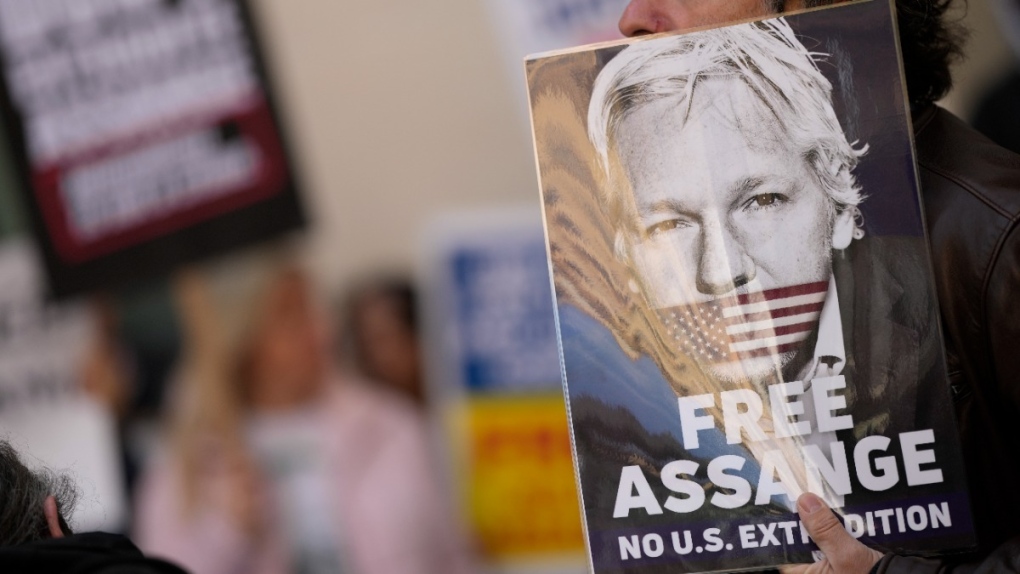 The United States should end its prosecution of Julian Assange, leading media outlets from the United States and Europe that had collaborated with the WikiLeaks founder said on Monday, citing press freedom concerns.

“This indictment sets a dangerous precedent, and threatens to undermine America’s First Amendment and the freedom of the press,” editors and publishers of the Guardian, the New York Times, Le Monde, Der Spiegel, and El País said in an open letter.

Assange is wanted by U.S. authorities on 18 counts, including a spying charge, related to WikiLeaks’ release of confidential U.S. military records and diplomatic cables. His supporters say he is an anti-establishment hero who has been victimized because he exposed U.S. wrongdoing, including in conflicts in Afghanistan and Iraq.

Monday marked twelve years since those media outlets collaborated to release excerpts from over 250,000 documents obtained by Assange in the so-called “Cablegate” leak.

The material was leaked to WikiLeaks by the then American soldier Chelsea Manning and revealed the inner workings of U.S. diplomacy around the globe. The documents exposed “corruption, diplomatic scandals and spy affairs on an international scale,” the letter said.

In August, a group of journalists and lawyers sued the CIA and its former director Mike Pompeo over allegations the intelligence agency spied on them when they visited Assange during his stay in Ecuador’s embassy in London.

Assange spent seven years in the embassy before being dragged out and jailed in 2019 for breaching bail conditions. He has remained in prison in London while his extradition case is decided. If extradited to the United States, he faces a sentence of up to 175 years in an American maximum security prison.

His legal team has appealed to the High Court in London to block his extradition in a legal battle that has dragged on for more than a decade.

“Publishing is not a crime,” the media outlets said in their letter on Monday.

Reporting by Kanishka Singh in Washington, Editing by Rosalba O’Brien 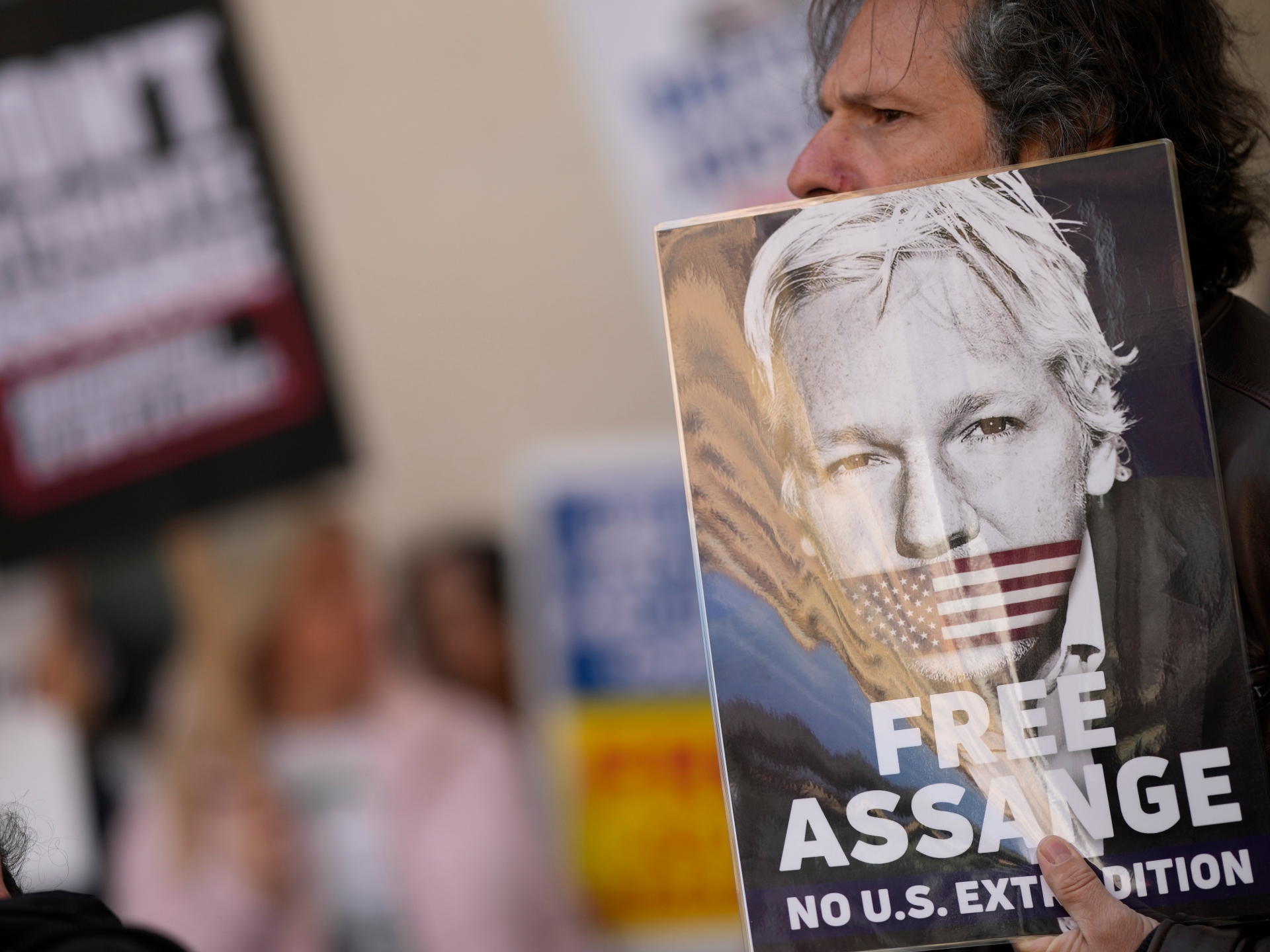 The United States must end its prosecution of Julian Assange, top global media organizations have urged, saying the US indictment against the WikiLeaks founder threatens free expression and freedom of the press.

In an open letter on Monday, five leading media outlets denounced the US’s prosecution against Assange, who is wanted on 18 counts, including a spying charge.

“This indictment sets a dangerous precedent and threatens to undermine America’s First Amendment and the freedom of the press,” wrote the editors and publishers of The New York Times, The Guardian, Le Monde, Der Spiegel and El Pais.

“Holding governments accountable is part of the core mission of a free press in a democracy.”

The letter comes exactly 12 years after the media outlets published revelations gleaned from WikiLeaks’s release of more than 250,000 confidential US military records and diplomatic cables, known as “Cablegate”.

The material was leaked to WikiLeaks by then-US soldier Chelsea Manning and revealed the inner workings of Washington’s diplomacy around the world.

“Twelve years after the publication of ‘Cablegate’, it is time for the US government to end its prosecution of Julian Assange for publishing secrets. Publishing is not a crime,” the media outlets said.

The 2019 US justice department indictment accused Assange of causing “serious damage” to US national security with the leak, as well as putting US government sources in danger of physical harm or detention.

But Assange’s supporters say he is being prosecuted for exposing US wrongdoing, including those committed during the wars in Afghanistan and Iraq.

He remains in custody in Britain pending a US extradition request to face trial and could face up to 175 years in prison in the US if found guilty. Assange is appealing against the British government’s approval of his extradition.

Monday’s letter noted that, when Barack Obama was president and Joe Biden his vice president, the US administration held off on indicting Assange, as journalists involved could have also had to face prosecution.

That changed under President Donald Trump, when the US justice department charged Assange under the 1917 Espionage Act, which the media outlets said “has never been used to prosecute a publisher or broadcaster”.

The letter is the latest example of pressure on President Biden’s administration to end Assange’s prosecution.

“The indictment of Mr Assange threatens press freedom because much of the conduct described in the indictment is conduct that journalists engage in routinely – and that they must engage in in order to do the work the public needs them to do,” they wrote.

In July, Mexican President Andres Manuel Lopez Obrador also said he gave a letter to Biden in defence of Assange, while also renewing a previous offer of asylum to the WikiLeaks founder.

“I left a letter to the president about Assange, explaining that he did not commit any serious crime, did not cause anyone’s death, did not violate any human rights, and that he exercised his freedom, and that arresting him would mean a permanent affront to freedom of expression,” Lopez Obrador said.

Colombia’s left-wing President Gustavo Petro said last week that he met with WikiLeaks spokespeople and planned to ask Biden not to charge a journalist “just for telling the truth”.

Why Investors Are Buying Copper Today for a Green Energy Future

Is It a Good Idea to Invest in Casinos in Canada?