Today, Microsoft is announcing the Surface Laptop Go 2, the latest iteration of the company’s budget laptop. It starts at $599, and unlike the Surface Go – the firm’s budget tablet – the Laptop Go actually comes with a proper Core i5. The new laptop isn’t that different from its predecessor, but there are some notable changes.

The original Surface Laptop Go came with a Core i5-1035G1, while this one comes with a Core i5-1135G7. Indeed, Microsoft is staying a generation behind with its lower-end laptop, and you only get one choice of CPU. However, this is a big change. The CPU itself isn’t all that different; it’s the graphics. With Intel’s 10th-gen ‘Ice Lake’ processors, there were actually three Core i5 SKUs, ending in G1, G4, or G7. G4 and G7 had fancy new Iris Plus Graphics, while the Core i5-1035G1 still had the old UHD Graphics. With 11th-gen ‘Tiger Lake’, there’s only one U-series Core i5, the Core i5-1135G7, and it comes with 80 execution units of Iris Xe graphics.

That means that not only does the Surface Laptop Go 2 have proper graphics, but it’s a larger upgrade gen-over-gen than we’ve seen from other laptops.

A new color, and better reparability That’s not all that’s new with the design though, because you can now replace the keyset and trackpad, the display, and battery, and the Surflink cable. This is on top of the existing ability to swap out the SSD. These aren’t aimed at DIY upgrades as much as sustainability, but you can always get in there and swap out some parts.

The display, ports, and other things that haven’t changed

Weighing in at 2.48 pounds as the lightest Surface laptop, it still comes with a 12.4-inch PixelSense display. It has a 1,536×1,024 resolution, giving it the 3:2 aspect ratio that Surface is known for. The pixel density is just 148ppi, the lowest of any Surface device. Ports include a USB Type-C port, a USB Type-A port, a 3.5mm audio jack, and a Surface Connect port for charging. While Microsoft has introduced Thunderbolt in higher-end PCs, don’t expect to see it here.

RAM and storage options are slightly different. You can get 4GB or 8GB RAM (16GB in the commercial model), and either a 128GB or 256GB SSD. That means that there’s no more model with 64GB eMMC storage, which is nice. The bad news is that while it still has a fingerprint sensor, you still won’t get one on the base model.

You can pre-order the Surface Laptop Go 2 starting today from Best Buy or the Microsoft Store. It starts at $599, and will begin shipping on June 7. It comes in the following SKUs: The Surface Laptop Go 2 weighs under two and a half pounds, so you can take it on the go, and it now has an 11th-gen Core i5 with powerful Iris Xe graphics. 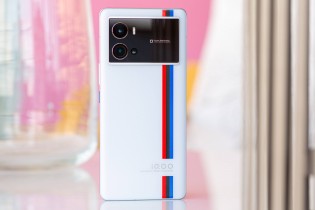