Myanmar security forces killed at least 25 people on Friday in a confrontation with opponents of the military junta at a town in the center of the Southeast Asian nation, a resident and Myanmar-language media said on Sunday.

A spokesman for the military did not respond to calls requesting comment on the violence at Depayin in the Sagaing region, about 300 km (200 miles) north of the capital, Naypyidaw.

The state-run Global New Light of Myanmar said “armed terrorists” had ambushed security forces patrolling there, killing one of them and wounding six. It said the attackers retreated after retaliation by the security forces.

Myanmar has been plunged into chaos by the Feb. 1 coup against elected leader Aung San Suu Kyi, with violence flaring in many parts of the country of more than 53 million people.

One resident of Depayin, who did not want to be identified for fear of reprisals, said four military trucks dropped soldiers at the village early on Friday.

Youths from a local People’s Defence Force, formed to oppose the junta, took up positions to confront them. However, they only had makeshift weapons and were forced back by the security forces’ heavier firepower, the resident said.

A total of 25 bodies had been collected after the fighting, the resident said by telephone.

Reuters was not able to verify the details independently.

The Depayin People’s Defence Force said on its Facebook page that 18 of its members had been killed and 11 wounded.

People’s Defence Forces have been founded by opponents of the junta in many parts of Myanmar, some of them in association with a National Unity Government set up underground as a rival to the military administration.

About two dozen ethnic armed groups have fought for decades in Myanmar’s borderlands, but Depayin is in the heartland of the ethnic Bamar majority, which also dominates the armed forces.

Violence since the coup has driven more than 230,000 people from their homes, the United Nations says. It also says more than 880 people have been killed by security forces since the coup and more than 5,200 are in detention.

The military authorities have said these figures are not true, but have not given their own estimates.

The army says its assumption of power was in line with the constitution. It alleged fraud in November elections swept by Suu Kyi’s party, although the accusations were dismissed by the former electoral body. (Reporting by Reuters staff; Writing by Matthew Tostevin; Editing by Clarence Fernandez)

‘A real slog’: How one New Zealand media company is trying to make trust pay – The Guardian 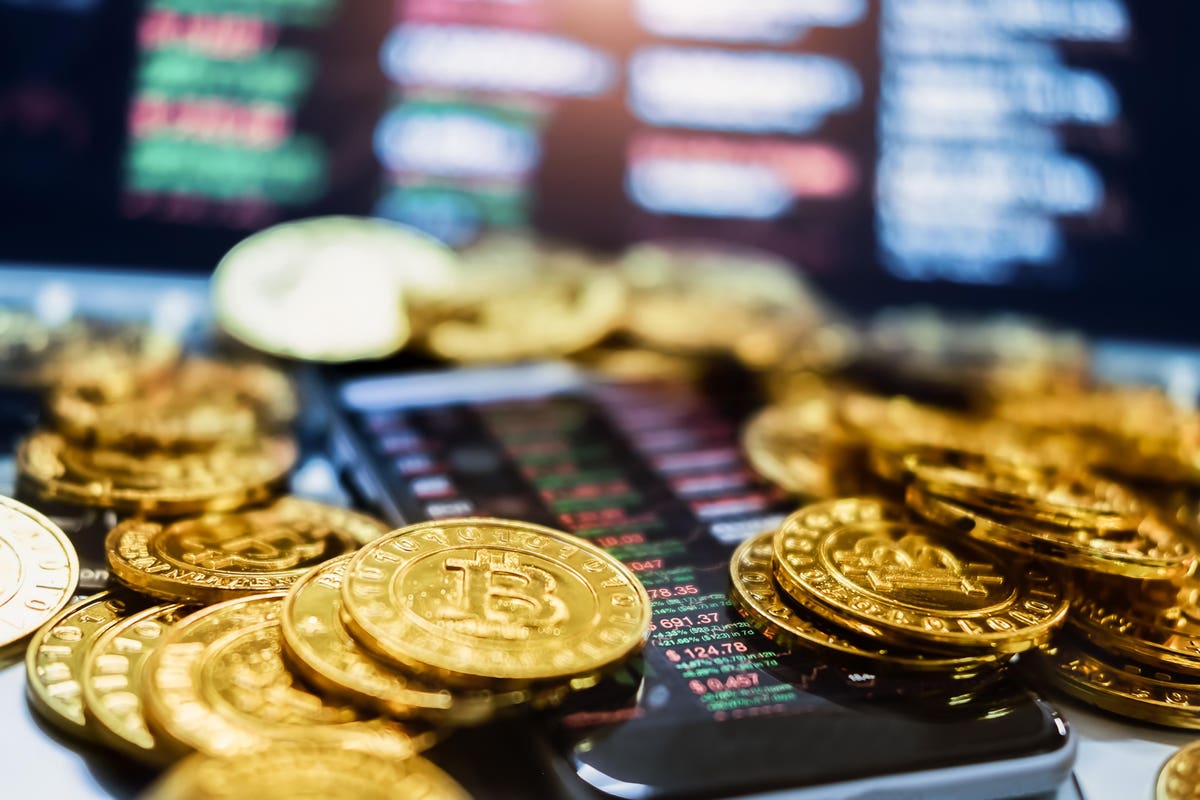 DeFiance Media, a video-news startup focused on coverage of the business and culture of the fast-growing decentralized finance (”DeFi”) sector, has launched with a presence on OTT and digital broadcast services reaching 65 million homes in the United States and abroad, and a new website providing enhanced coverage.

“We’re not taking the ‘Bloomberg for crypto’ approach” of some competing services covering parts of the blockchain world, Scarpa said. “None of them went on TV. We’re only streaming (video). If you look at mass media, and the way they’re portraying the decentralized narrative, there’s a real hole (in coverage) there, for covering it in a positive way.”

The 24/7 channel will feature a mix of original programming from notable personalities, third-party creators such as Hardcore Finance, news from across the world of blockchain, cryptocurrencies, non-fungible tokens and related areas, as well as related areas such as biotech, the artists and creators using NFTs, artificial intelligence, “connected living,” alternative energy, and “regenerative culture.” Other programming will come from partnerships with high-profile blockchain and cryptocurrency conferences.

“Our job is really more akin to a Huffington Post in terms of curation for these contributors,” Scarpa said. “We enable them to goose their personal brands. That’s our job, to increase carriage, to amplify their voice, promote what their doing.”

Scarpa said he was “adamant” about including cultural coverage of the blockchain space, particularly with NFTs, where many musicians, artists and other creative talent are eagerly jumping in.

“They’re in the space now, they’re artists doing really interesting work,” Scarpa said. “They’re really the cultural fabric of the community. If we were only a financial network, DeFiance wouldn’t be broad enough to be something providers want to carry.”

Scarpa, whom I’ve known socially for many years, served as New York bureau chief in the early days of CNET, which undertook in the 1990s to cover the emerging internet and tech industry in a focused way. Scarpa said he is taking inspiration for DeFiance from the approaches CNET took to industry coverage back then.

Services carrying the startup’s content include aggregators such as Local Now, Select TV, NetRange, Glewed TV, as well as Twitter and Amazon

AMZN
-owned Twitch. The services reach a combined 50 million U.S. households and another 15 million outside the country.

DeFiance is based in Puerto Rico, and has a studio in the Venice neighborhood of Los Angeles, Scarpa said. But in keeping with its core subject matter, the operation is heavily decentralized, with contributors and programming coming from numerous cities.

The company has been raising a seed round of about $2 million, Scarpa said.

It counts among its investors and advisers a number of notables in the blockchain world and related areas, including investor Brock Pierce, who is long-time chairman of the Bitcoin Foundation; Eric Pulier, founder of Vatom; Doug Scott, founder of gaming culture company Subnation; Hong Kong investor and podcast host Patrick P.L. Tsang; Good Human co-founder and former Warner Bros. Entertainment VP James Glasscock; and Craig Sellars, co-founder/CTO of cryptocurrency services company Tether. Sellars and Pulier are credited as pioneering creators of the technologies behind NFTs. Mel Woods found out they no longer had a job from a group chat.

The Vancouver-based journalist was working as HuffPost Canada’s only worker in the western region of the country, covering viral and trending stories as an associate editor, up until the outlet’s unceremonious March 2021 demise. BuzzFeed bought HuffPost in November 2019 and, just two weeks after the newsroom’s decision to unionize, closed HuffPost Canada and left 23 staff without their jobs.

It’s another data point in a long list of recent closures and contractions on the Canadian media landscape.

Many of those laid off have landed positions elsewhere. Woods now plies their trade at Xtra — a Toronto-based outlet focused on 2SLGBTQ+ perspectives — and others have surfaced as staff at The New York Times, CBC and Politico, among others. Some left for public relations gigs, and others are currently working as freelancers. The announcement of the closure just one week from the meeting, Woods said, left some staff scrambling.

“For somebody who was suddenly unemployed, it was a very, very busy week because we had to sort out what happened and when, and what the unionization played into it, what severance played into it and why it had happened because it caught all of us by surprise,” Woods said.

HuffPost’s union, CWA Canada, had never faced a closure in its history. President Martin O’Hanlon said the ceasing of operations points to BuzzFeed’s lack of understanding of the Canadian media landscape.

In an emailed statement, a spokesperson for BuzzFeed said: “BuzzFeed announced a restructuring of HuffPost in March in order to break even this year and fast-track its path to profitability. As part of these changes, we made the difficult decision to close HuffPost’s Canada and Quebec operations. The incredibly talented teams there have made enormous contributions to the political and news ecosystems in Canada — from extensive, award-winning coverage of the federal election, to relentless reporting on how COVID-19 exacerbated a long-term care crisis, and a powerful investigation of how mental illness is responded to as a crime. We know this decision was painful for everyone affected, but we are confident that these journalists will continue to do powerful and impactful reporting in the years to come. We continue to do everything we can to ensure their transition is a smooth one.”

The announcement certainly wasn’t easy on the staff of HuffPost Canada. The all-hands meeting in which the closure was announced, which Woods said was predicted within the staff to be announcing a new U.S. editor-in-chief, had the password “spring is here.”

But the closing of HuffPost Canada is more than another sad story to add to the layoffs seen at other newsrooms in Canada, most publicly at Global and Postmedia. HuffPost’s Canada’s coverage won awards posthumously. Woods won an award from RTDNA Canada for examining gender and transphobia more than two months after the outlet officially closed.

The skill and success of the staff was partially due to the culture and the diversity of the newsroom, Woods said.

“The fact of how quickly folks have been snapped up by other places is proof of the respect that was had for our newsroom,” Woods said. “We kind of sprinkled our seeds everywhere.”

Woods likened the HuffPost style that they have taken to Xtra as “serving (readers) their vegetables, but in a good way,” through a metrics and service journalism-focused approach.

Some of those seeds appear to have taken root elsewhere. New approaches to digital journalism in Canada, including what service looks like to staff and readers, is a common thread in discussions with Canadian newsroom leaders.

The Canadian Association of Journalists recently completed data collection for their first diversity survey, modeling their work after the News Leaders Association in the U.S. Meanwhile, CBC made the decision to turn off all Facebook comments on news stories for a month beginning in mid-June, which editor-in-chief Brodie Fenlon attributed to a data-gathering exercise mixed with a want to protect the mental health of journalists. It is a policy that they have since extended to the end of October.

HuffPost Canada’s digital impact, and its dismantling, points toward a future for Canadian journalism that must consider the health of its readers and staff while acknowledging the changing needs of digital media.

CBC’s decision to direct the tenets of service journalism toward its own staff hints toward an industry that is understanding (at a glacial pace) just how worn down it is and how building back means doing so with care. At this year’s Michener Awards, a ceremony dedicated to public service journalism and its impact on society, APTN journalist Kenneth Jackson acknowledged what it means to sit with the impact your work makes, on subjects, readers and staff.

“If you want to do service journalism you can’t fly above it,” he said, “you gotta get down and wear it.”

BuzzFeed appears to have worn its decision, as have the journalists who had to face the consequences.