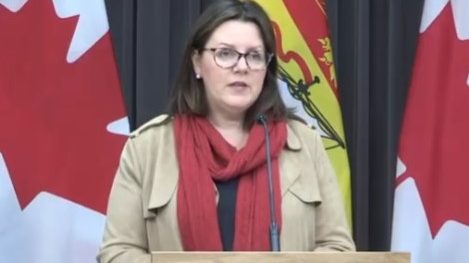 The province said a person in their 70s died Wednesday in Zone 5 (Campbellton region) from “underlying complications, including Covid-19.”

“The loss of another person in our province related to Covid-19 is not news we ever want to have to share,” said Premier Blaine Higgs in a news release.

“I, along with all New Brunswickers, send sincere condolences to the family and friends of this individual, as well as to everyone who continues to be impacted by the recent outbreaks.”

The announcement comes just three days after the province recorded its third death related to Covid-19 on Sunday. The person in their 60s lived at the Notre Dame Manor special care home in Moncton.

Five people are currently in the hospital, including one person in intensive care.

“It has been difficult to witness the unfolding outbreak in the Campbellton-Restigouche region,” said Dr. Jennifer Russell, the province’s chief medical officer of health, in a statement.

Zone 1 (Moncton region) and Zone 5 remain at the Orange level under the province’s Covid-19 recovery plan.

It is anticipated that Zone 1 will return to the Yellow level on Friday while Zone 5 will remain at the Orange level.

Brad Perry is the news director with Country 94/97.3 The Wave, a Huddle content partner.

The most recent infection rates indicate Canada is on track to hit as many as 10,000 new cases a day by next month, Dr. Theresa Tam said.

“If we continue on the current pace, our longer range models continue to forecast significant increases in daily case counts and estimate that there could be up to 10,000 cases reported daily by mid-December,” Tam said in a written statement.

“Right now, we have a window of opportunity to act collectively together with public health authorities to bring the infection rate down to a safer trajectory.”

Canada is currently recording caseloads at about half that level, with the most recent seven-day average standing at 5,335 between Nov. 20 and Nov. 26.

Tam said Canada is also averaging 76 deaths a day and more than 2,100 people in hospital.

“Those developments are deeply concerning as they put countless Canadians at risk of life-threatening illness, cause serious disruptions to health services and present significant challenges for areas not adequately equipped to manage complex medical emergencies,” Tam said.

Her assessment came as case counts continued to soar in numerous provinces.

Ontario logged case numbers just shy of Friday’s one-day record as it reported 1,822 new diagnoses in the past 24 hours.

Among those who died was a boy under the age of 10, officials said, though they offered no other details.

The province ordered the suspension of team sports earlier this week until Dec. 17 after confirmed COVID-19 cases among several minor and recreational hockey teams.

The Saskatchewan suspension applies to hockey and curling leagues and dance studios.

The Saskatchewan Health Authority posted notices Saturday of COVID-19 exposure risks at curling and recreation centres at Christopher Lake and Shellbrook. Those curling or socializing at either of the two facilities last month must self-isolate for 14 days, the health authority said.

In British Columbia, Fraser Health announced the closure of an elementary school in Surrey after confirming 16 COVID-19 cases.

B.C. reported a daily record of 911 COVID-19 cases Friday. The province will update its numbers Monday.

“I just think it’s important for us to be thoughtful and caring, but at the same time it’s critical that people follow the rules because it’s vital to be able to keep our schools open and keep as many of our business open as possible,” said Ravi Kahlon, whose ministry includes economic recovery.

There were 14 new cases in Nova Scotia and five COVID-19 cases in Nunavut.

Tam redoubled her calls for Canadians to heed public health advice, limit their social interactions and practice physical distancing in a bid to bring surging case counts under control.

This report by The Canadian Press was first published Nov. 28, 2020.

Here is why team sports are allowed to continue in B.C. under the latest COVID-19 restrictions – The Tri-City News 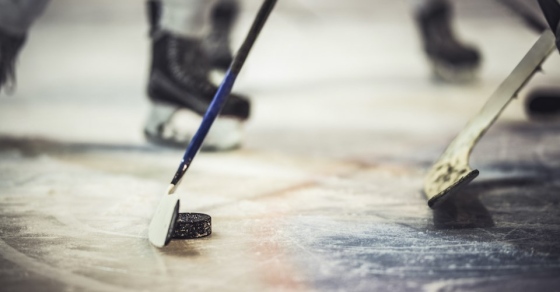 While the latest provincial health orders restrict several indoor activities, many team sports have been given the green light to continue by health officials.

Travel to, from and between communities for team athletic activities like games, competitions, training and practice is prohibited under the latest order. However, this order does not apply to individuals who need to commute out of their home health authority to participate in a team sport.

So, while a team from Abbotsford cannot attend a training session in Chilliwack, an individual who lives in Vancouver can attend one in Surrey.

Provincial Health Officer Dr. Bonnie Henry told Vancouver Is Awesome in the daily coronavirus (COVID-19) briefing Friday afternoon that physical fitness, particularly children’s outdoor sports, is an important part of health. Further, she stressed that transmission is more likely to take place on the sidelines, rather than during the game.

“What we have said is we’ve looked at where the the issues are around transmission and they mostly are on the sidelines–before and after. So, that’s why we made some restrictions around team travel,” she explained.

“No spectators, and to try and at least give opportunities for people to have some activity physical activity in a structured way of their lives because we know that’s important.”

Under the current order, no spectators are allowed at any sport activities. The only people allowed to attend sport activities are those that provide care to a participant or player. For example, providing first aid.

‘We want people to stay in their community’

In terms of travel, Henry added that people should focus on communities rather than health authorities when it comes to sports: “We want people to stay in their community.”

“We’re not letting teams play in different communities because we know that means that they might have to carpool. But we know that individuals, particularly in the Lower Mainland, may live in one area and work in another area.

With this in mind, Henry emphasized that people need to “pull it back” and ensure they aren’t doing a great deal of travel. Individuals who need to travel to games should go alone or with their immediate families or household.

Team sports should also be played in a “way that minimizes contact, because we know that there’s still transmission happening in our communities,” added Henry.

“But it is important for people to get out…and not just for team sports. Everybody should get outside and go for a walk, take your family, take the dog go for a walk 15 minutes a day. 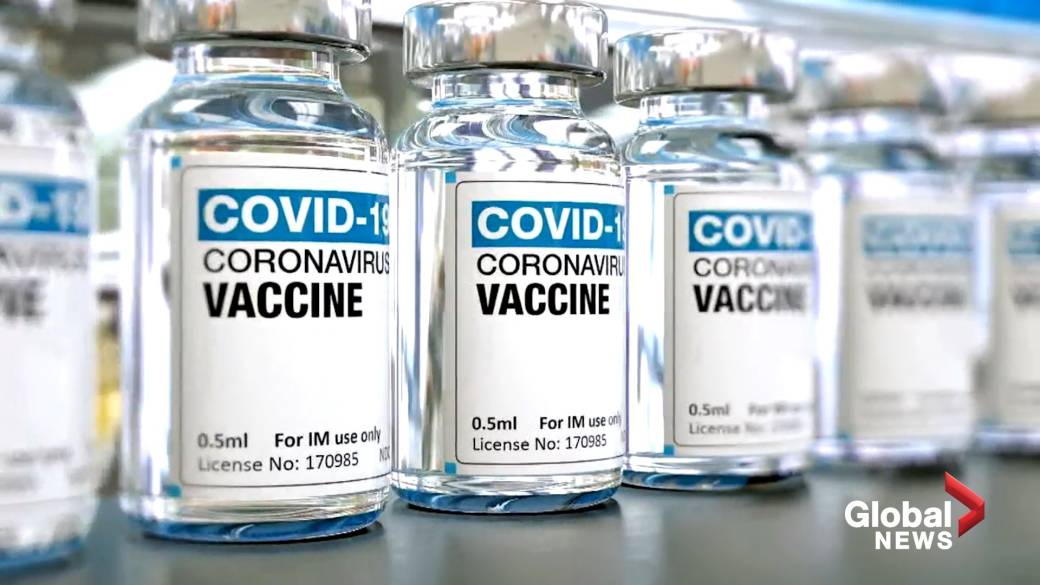 Canada added 5,757 new cases of the novel coronavirus on Saturday, as well as 82 more deaths.

Saturday’s data paints a limited snapshot of the virus’ spread across Canada however, as British Columbia and both the Yukon and Northwest Territories do not release updated COVID-19 testing data on the weekend.

As new cases of the virus surge in communities across the country, new Ipsos polling released Saturday suggested Canadians were also moving away from the idea of mandatory vaccinations.

According to the poll, 59 per cent of Canadians agreed that COVID-19 vaccinations should be compulsory — a decrease of 13 points since July.

CEO of Ipsos Public Affairs Darrell Bricker has since told Global News that the drop over the last several months was due to a number of reasons which include the perception of the vaccine being rushed as well as its potential side effects.

It’s a sentiment that was also shared by Alberta Premier Jason Kenney, who told Albertans that coronavirus vaccines would not be mandatory during a live question-and-answer period he hosted earlier this week.

2/2 ↑ Community transmission leads to spread in high risk populations. Nationally, incidence is highest in older adults ≥ 80 years at risk of life threatening illness. Limiting our outings, activities and contacts can save lives.https://t.co/XA6qs0saSv

In a statement Saturday, Canada’s chief public health officer Dr. Theresa Tam reaffirmed earlier projections of the country being on track to hit as many as 10,000 new cases a day by mid-December.

According to Tam, the most recent seven-day average count of new COVID-19 cases stood at 5,335 between Nov. 20 and Nov. 26, with more and larger outbreaks occurring at long term care homes, hospitals and Indigenous communities in remote areas of the country.

Read more:
Why are they still sick? The search for answers inside Canada’s first post-COVID clinic

“These developments are deeply concerning as they put countless Canadians at risk of life-threatening illness, cause serious disruptions to health services and present significant challenges for areas not adequately equipped to manage complex medical emergencies,” said Tam.

Tam also said new cases were increasing among adults, with those aged 80 years and older now having the highest incident rate across the country. Canada is averaging 76 deaths a day, while more than 2,100 people have been admitted to hospital due to the virus — 432 of which have been placed in ICU.

“If we continue on the current pace, our longer range models continue to forecast significant increases in daily case counts and estimate that there could be up to 10,000 cases reported daily by mid-December,” said Tam.

“Right now, we have a window of opportunity to act collectively together with public health authorities to bring the infection rate down to a safer trajectory.”

The grim warning from the country’s top doctor comes amid surges of newly reported cases being identified across the country.

Quebec reported its highest ever single-day record of new infections Saturday with 1,480 more lab-confirmed cases, bringing its total COVID-19 caseload to 139,643. Deaths from the virus also crossed the 7,000 threshold after the province reported 37 additional fatalities, of which 10 occurred over the past 24 hours.

Alberta added another record daily high of 1,731 new virus cases Saturday, as well as five new deaths. The data pushes the province’s cases to 54,836 and its death toll to 524.

In Ontario, new cases of the virus dipped just below the single-day record that was set Friday with 1,822 new infections. Another 29 deaths were reported by the province, pushing its COVID-19 fatalities to 3,624.

Manitoba also reported a sharp increase in cases after health authorities added 487 new infections and 10 deaths. Meanwhile, Saskatchewan announced 197 more cases as well as one new death from the virus. Caseloads in both province now stand at 16,118 and 7,888, respectively.

One of Manitoba’s new deaths was also attributed to a boy under the age of 10 — the province’s youngest fatality to date.

New cases of the coronavirus continue to grow worldwide after countries reported a total of 62,065,000 infections, according to a tally kept by Johns Hopkins University. Over 1,449,000 deaths attributed to the virus have also been recorded, with the United States, Brazil and India continuing to lead in both cases and deaths globally.