Nova Scotia is reporting seven new cases of COVID-19 on Tuesday, all related to travel or other known cases.

Three of the new cases are in the central zone and are related to travel outside Atlantic Canada. The people are self-isolating.

The other four are in northern zone and are close contacts of previously reported cases.

There are now 40 known active cases in Nova Scotia.

“COVID-19 is still here and wants us to let our guard down. But we are not going to let that happen after all the hard work and sacrifice by Nova Scotians,” Premier Stephen McNeil said in a news release Tuesday.

“We will contain the virus over the holiday season by keeping our gatherings small, wearing a mask and following all of the other public health protocols.”

New household gathering limits across Nova Scotia came into effect on Monday. Gatherings must be limited to 10 people total, including household members.

While people are no longer directed to avoid the Halifax and Hants County areas, the province has advised against unnecessary travel this holiday season.

All the active COVID-19 exposure sites in the province can be found here. 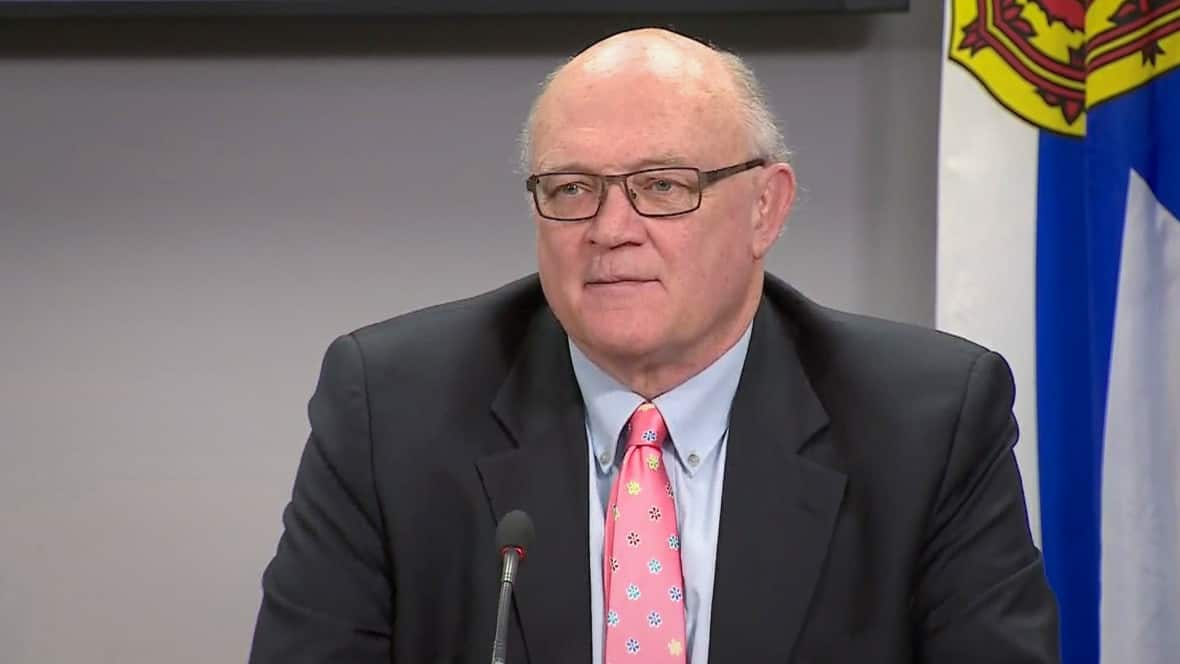 Dr. Robert Strang, Nova Scotia’s chief medical officer of health, had an important message for all the kids during Monday’s COVID-19 news briefing. 1:24

The new cases were discovered among 1,795 tests completed by Nova Scotia Health Authority labs on Monday.

No one is in hospital due to the virus.

“I’m encouraged to see that our case numbers have remained low as we get closer to the holiday season,” Dr. Robert Strang, Nova Scotia’s chief medical officer of health, said in the release.

“Let’s keep up the good work by continuing to follow all the public health measures — adhere to the gathering limits, keep a consistent social group, stay home if you are feeling unwell, wash your hands and self-isolate if required.”

On Monday, the province announced it would install four new COVID-19 vaccine storage sites across the province this week.

Cases in the Atlantic provinces

The decision to end merger talks came after a meeting on Friday between French Finance Minister Bruno Le Maire and Couche-Tard’s founder and chairman, Alain Bouchard, the sources said, speaking on condition of anonymity as the matter is confidential.

Earlier on Friday, France ruled out any sale of grocer Carrefour on food security grounds, prompting the Canadian firm and its allies to mount a last-ditch attempt to salvage the deal.

“Food security is strategic for our country so that’s why we don’t sell a big French retailer,” Le Maire said. “My answer is extremely clear: we are not in favour of the deal. The no is polite, but it’s a clear and final no.”

Couche-Tard was hoping to win France’s blessing by offering commitments on jobs and France’s food supply chain as well as keeping the merged entity listed in both Paris and Toronto, with Carrefour boss Alexandre Bompard and his Couche-Tard counterpart Brian Hannasch leading it as co-CEOs, one of the sources said.

The plan also included a commitment to keep the new entity’s global strategic operations in France and having French nationals on its board, he said.

Couche-Tard was also going to pump in 3 billion euros of investments to the French retailer — a plan that was widely backed by Carrefour, which employs 105,000 workers in France, its largest market, making it France’s biggest private-sector employer.

The French move, with ministers shooting down the offer less than 24 hours after talks were confirmed, sparked disquiet in some business circles over how French President Emmanuel Macron decides which foreign investment is welcome and which is not.

Some politicians and bankers said the push-back could tarnish Macron’s pro-business image while others highlighted that the COVID-19 crisis had forced more than one country to redefine its strategic national interests.

The comments sparked a trans-Atlantic flurry of lobbying and Couche-Tard’s Bouchard flew to Paris to explain the merits of the deal to Le Maire, the source said.

Bouchard said the finance minister reiterated his opposition without listening to the terms of the transaction.

Canadian Prime Minister Justin Trudeau, asked about the prospects for a deal, said he would always be there to help Canadian firms succeed internationally and said he spoke this week with Macron.

One of France’s biggest employers

Along with other retailers, Carrefour, with roughly a fifth of France’s groceries market, played a major role in ensuring smooth food supplies as the COVID-19 pandemic hit.

The country has tightened takeover rules to protect French companies deemed strategic, including under the presidency of Macron, who will face a presidential election in 2022.

During the pandemic, Macron has ramped up calls to protect French sovereignty in areas such as health care and industry, although the former investment banker has tried to strike a balance with a business-friendly approach.

Couche-Tard made a non-binding offer on Wednesday for the French grocery group, largely in cash.

A source familiar with the discussions told Reuters that 20 euros per share was not enough but was a starting point for discussions. Initial contact between the two companies came at the end of last year and Couche-Tard sent its first letter in early January, the source said.

Carrefour acknowledged Couche-Tard’s approach to discuss a combination on Wednesday.