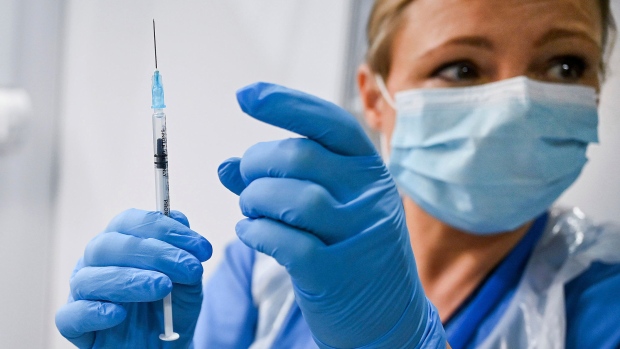 The Ontario government has updated its recommendation for when some people should receive the second dose of the COVID-19 vaccine after it was announced that there will likely be a shortage.

The new recommendation comes after the federal government announced earlier there will be a “temporary” delay of the Pfizer-BioNTech vaccine shipments due to expansions of the company’s European manufacturing facility. It could result in a 50 per cent cut in shipments in January.

Ontario’s Chief Medical Officer of Health Dr. David Williams said in a statement on Saturday morning that long-term care and high-risk retirement home residents – and their essential caregivers – who received the first dose of the Pfizer-BioNtech vaccine will receive their second dose in 21 to 27 days.

Staff who were vaccinated within the homes will also receive their second dose within this time period.

The government said that for all other people who received the Pfizer-BioNtech vaccine they will now receive their second dose between 21 and 42 days.

People who received the Moderna vaccine will receive their second dose after the scheduled 28 days.

The vaccine adjustments align with the recommendations from the National Advisory Committee on Immunization (NACI), the government said.

Ontario was expecting to receive more than 160,000 doses of the Pfizer-BioNTech vaccine in the final two weeks of January, a delivery schedule that’s now in doubt.

Health Minister Christine Elliott told CTV News Toronto on Friday the province is awaiting further details on the “the exact allocations” and the “timing of those allocations” but said the province is once again reserving vials of the vaccine to ensure second doses are administered.

“We have some in reserve to make sure that we are going to be able to do the second doses in the appropriate period of time. So no one needs to worry about whether they will get their second dose or not,” Elliott said.

How to get a COVID-19 vaccine in the Greater Toronto Area — if you qualify – CBC.ca 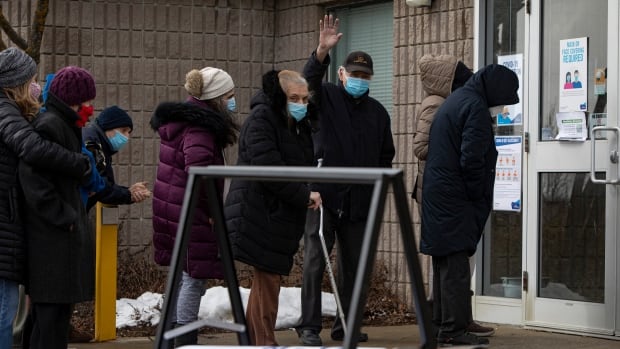 If you weren’t born in 1941 or before you probably shouldn’t be trying to book a spot for a COVID vaccine right now, but here’s a guide for those who qualify or are helping a loved one.

First, a disclaimer: This is perhaps the most complex period of the vaccine rollout, with health officials scrambling to get limited quantities of vaccine into the arms of those deemed at highest risk of getting seriously ill.

This article is the best picture CBC Toronto can provide of vaccine distribution in the Greater Toronto Area as of Friday, with the caveat that the current landscape will almost certainly look different by this time next week (it’s unclear, for example, how the newly-approved AstraZeneca vaccine will fit into the rollout).

Here are the key takeaways everyone should know:

One more note: this guide is intended for the general public, and doesn’t capture those who will be vaccinated by specialized teams — for example, mobile teams distributing vaccines in homeless shelters or other congregate settings.

Now that that’s clear, here’s where you should go to book a vaccination spot if you qualify.

Toronto Public Health will eventually run mass vaccination sites across the city but isn’t at this time due to a lack of vaccine, according to its website.

You can try to pre-register at some Toronto hospitals, including North York General, Michael Garron and Sunnybrook, but expect a broader rollout of vaccination clinics in the coming weeks.

Peel Public Health is directing residents to vaccination clinics in Brampton and Mississauga.

York Region is running five appointment-only vaccination clinics and its website features a handy tool to help you find the closest one to you.

Note: You must book online.

Durham’s vaccine plan will launch on March 8 with two clinics set to operate at recreation centres in Clarington and Pickering.

In addition to those aged 80-plus and health-care workers, the region will offer vaccines to all Indigenous adults and adults who rely on home care.

The public health unit is also offering free transportation to its clinics, though that travel must be booked 48 hours in advance. 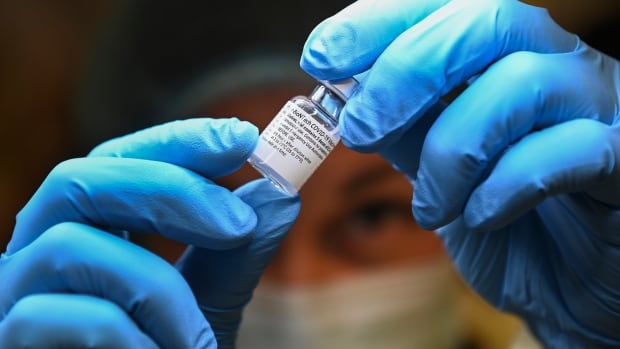 Ontario officials are expected to provide an update on the province’s COVID-19 vaccine rollout on Friday, as residents of three health units also wait to see if stay-at-home orders will be lifted for their regions.

Premier Doug Ford is scheduled to hold a news conference beginning at 1 p.m. ET at Queen’s Park. Ford’s office says he will be joined by the minister of health, chief medical officer of health, solicitor general and the head of Ontario’s vaccine task force.

You’ll be able to watch the news conference live in this story.

AstraZeneca’s vaccine was approved for use by Health Canada late last week, while this morning, the agency will give a green light for use of the one-shot Johnson & Johnson vaccine, sources tell CBC News.

The National Advisory Committee on Immunization (NACI) subsequently recommended that the AstraZeneca vaccine only be used for people under the age of 65. As more real-time evidence on the efficacy of the vaccine has become available, however, pressure has mounted for NACI to change course.

Ontario Solicitor General Sylvia Jones suggested this week that, at least for now, Ontario will use the AstraZeneca vaccine for adults between 60 and 64.

Both France and Germany had originally implemented similar guidance for the vaccine, but have since reversed those decisions, citing evidence from countries such as the United Kingdom and Israel, where the AstraZeneca vaccine is already being administered to adults 65 and over.

And earlier this week, NACI said that provinces can safely extend the time between shots of the Pfizer and Moderna vaccines up to four months.

The move followed an announcement by health officials in British Columbia, who said just days earlier they would implement a 16-week interval to ensure that more people got a first dose of vaccine earlier.

Both vaccines have been shown to be more than 90 per cent effective at preventing severe illness and death from COVID-19 after a single dose.

In a statement issued on Wednesday, the Ontario Ministry of Health said it welcomed the new recommendations from NACI.

“This will allow Ontario to rapidly accelerate its vaccine rollout and get as many vaccines into arms as quickly as possible, and in doing so, provide more protection to more people,” a ministry spokesperson said in an email.

Ontario Health Minister Christine Elliott has said repeatedly that an updated rollout plan would be released by the government imminently.

Local health officers in Toronto and Peel have asked that their respective units be moved to the grey “lockdown” tier of the province’s colour-coded restrictions system.

That would mean that the stay-at-home order is lifted and non-essential businesses are allowed to reopen to customers with limited capacity, among other changes. You can read the province’s breakdown of each tier of the framework here.

Williams said on Thursday that he remains concerned about the presence of “variants of concern.”

“These are not insignificant numbers,” he told reporters. “We want to be cautious at this time.”

Most new cases in a week

Meanwhile, public health units reported another 1,250 cases of COVID-19 this morning, the most on a single day in a week.

They come as Ontario’s lab network completed 64,748 test samples for SARS-CoV-2, the virus that causes COVID-19, and logged a test positivity rate of 2.3 per cent.

The seven-day average of daily cases stands at 1,063. 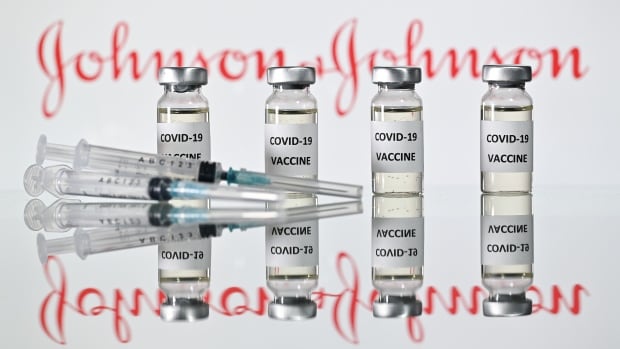 Health Canada has approved the use of Johnson & Johnson’s COVID-19 vaccine in Canada, CBC News has learned.

Health officials will announce the approval at a media briefing today at 10 a.m. ET, multiple sources with knowledge of the approval confirmed.

The U.S. health-care giant’s vaccine is the fourth to be approved in Canada.

The approval is expected to provide a significant boost to Canada’s vaccine rollout. Johnson & Johnson’s vaccine is widely seen as one of the easiest to administer because it requires only one dose and can be stored for long periods of time at regular refrigerator temperatures.

Canada has ordered 10 million doses from Johnson & Johnson with options for up to 28 million more. Most of those shots are expected to arrive by the end of September.

Regulatory approval in this country follows similar approval by the U.S. Food and Drug Administration on Saturday.

The FDA said Johnson & Johnson’s vaccine offers strong protection against serious illness, hospitalizations and death. One dose proved to be 85 per cent protective against the most severe COVID-19 illness in a global clinical trial spanning three continents.

How to get a COVID-19 vaccine in the Greater Toronto Area — if you qualify – CBC.ca