Ontario reported another 1,371 cases of COVID-19 on Friday as a pilot project to offer vaccines at pharmacies expands.

With the exception of March 8, when a data issue caused the case count to be artificially inflated by about 300, this morning’s number is the highest on a single day since February 7.

It comes one day after Ontario’s COVID-19 science advisory table revealed that virus variants of concern now account for about 42 per cent of all new infections in the province.

The additional cases reported today include 371 in Toronto, 225 in Peel Region, 111 in York Region and 109 in Hamilton, according to Minister of Health Christine Elliott.

(Note: All of the figures used in this story are found on the Ministry of Health’s COVID-19 dashboard or in its Daily Epidemiologic Summary. The number of cases for any region may differ from what is reported by the local public health unit on a given day, because local units report figures at different times.)

They come as labs completed 64,611 tests for SARS-Cov-2, the virus that causes COVID-19, and logged a test positivity rate of 2.4 per cent.

That means those figures don’t represent the actual number of cases linked to variants of concern. A total of 6,859 samples that tested positive for COVID-19 also screened positive for a tell-tale mutation that points to the presence of a variant of concern.

An updated analysis from the science advisory table this morning suggests that the reproduction value — an estimate of how many people each positive case will go on to infect — for variants of concern is about 1.26. Any value above one suggests that the rate of new cases is growing.

The seven-day average of daily total cases, which climbed to 1,269 today, has been trending steadily upward for the last week.

The Ministry of Education reported another 137 school-related infections: 99 students and 38 staff members. There are currently 34 schools due to the illness, or about 0.7 per cent of all publicly-funded schools in Ontario.

Public health units recorded the deaths of 18 more people with the illness, pushing the official toll to 7,127.

Meanwhile, it was a second consecutive day of record-high vaccinations, with 43,503 doses administered yesterday. A total of 282,748 people in Ontario have been given both shots of a vaccine.

Today, more pharmacies were expected to begin offering appointments for a shot of the AstraZeneca vaccine to people aged 60 to 64. 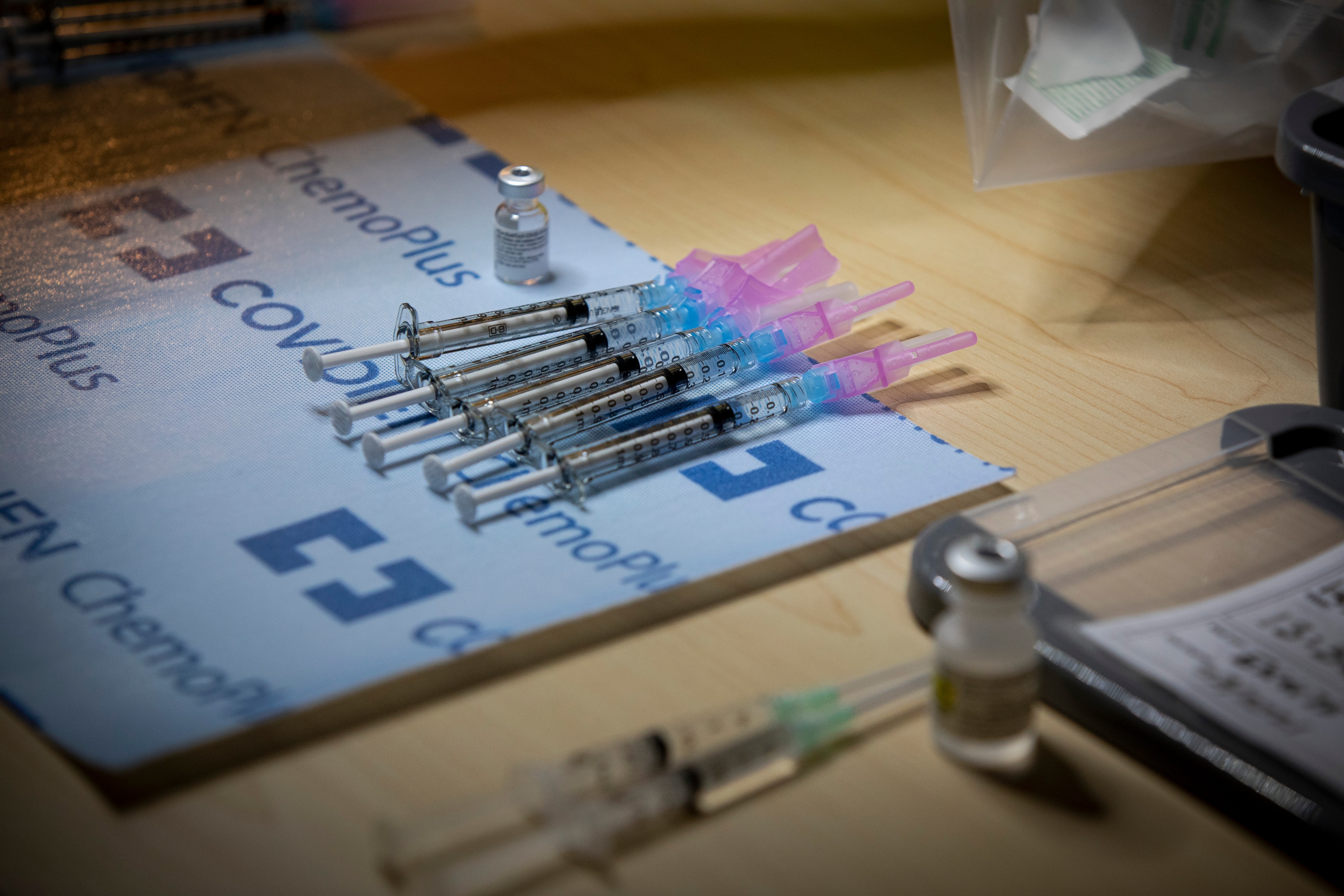 Some Ontario pharmacies have begun offering the AstraZeneca vaccine to residents 60 to 64 this week 4:58

Primary care physicians in six public health units are expected to begin offering shots as soon as this weekend.

Furthermore, Toronto announced this morning that residents aged 80 and over will have opportunity to book one of 133,000 spots for an immunization at three mass vaccination clinics opening next week.

On Monday, four public health units will be moving to new colour-coded levels in the provincial COVID-19 framework, tightening restrictions in all four regions.

The province moved Public Health Sudbury and Districts region into the Grey-Lockdown level as of 12:01 a.m. Friday from Red-Control.

The province also announced a change for capacity limits at weddings, funerals and religious ceremonies for regions in the Grey-Lockdown level. Starting Monday, these events will be allowed to have up to 15 per cent capacity indoors and up to 50 people outdoors. That’s a change from previous rules, which allowed just 10 people to gather both indoors and outdoors.