At 3 p.m. ET, the province’s associate chief medical officer of health, Dr. Barbara Yaffe, is set to provide a briefing on the COVID-19 situation. You can watch that live in this story.

The head of Ontario’s COVID-19 vaccine task force is calling on Health Canada to “look into” the possibility of providing Moderna’s vaccine as a single dose, rather than two, in a bid to quickly expand capacity as cases of the illness surge in the province.

Retired general Rick Hillier said Tuesday that the first shipment of the Moderna vaccine is expected to arrive in Ontario within 24 hours. It will be distributed to four sites in hotspots throughout southern Ontario before they are sent to long-term care and retirement facilities.

“I know it’s late to ask for a Christmas gift. But if I could ask for one, I would ask Health Canada to re-look at the Moderna vaccine and see if we can make that a one-shot vaccine to give us that greater capacity to go out and vaccinate people even faster than we plan on doing it now,” Hillier told reporters.

As it stands currently, the Moderna vaccine requires two doses administered about 28 days apart. The Pfizer-BioNTech vaccine, the only other COVID-19 vaccine currently approved for use by Health Canada, also involves two doses, taken some three weeks apart.

WATCH | Retired general Rick Hillier asks if the Moderna vaccine could be a single dose: 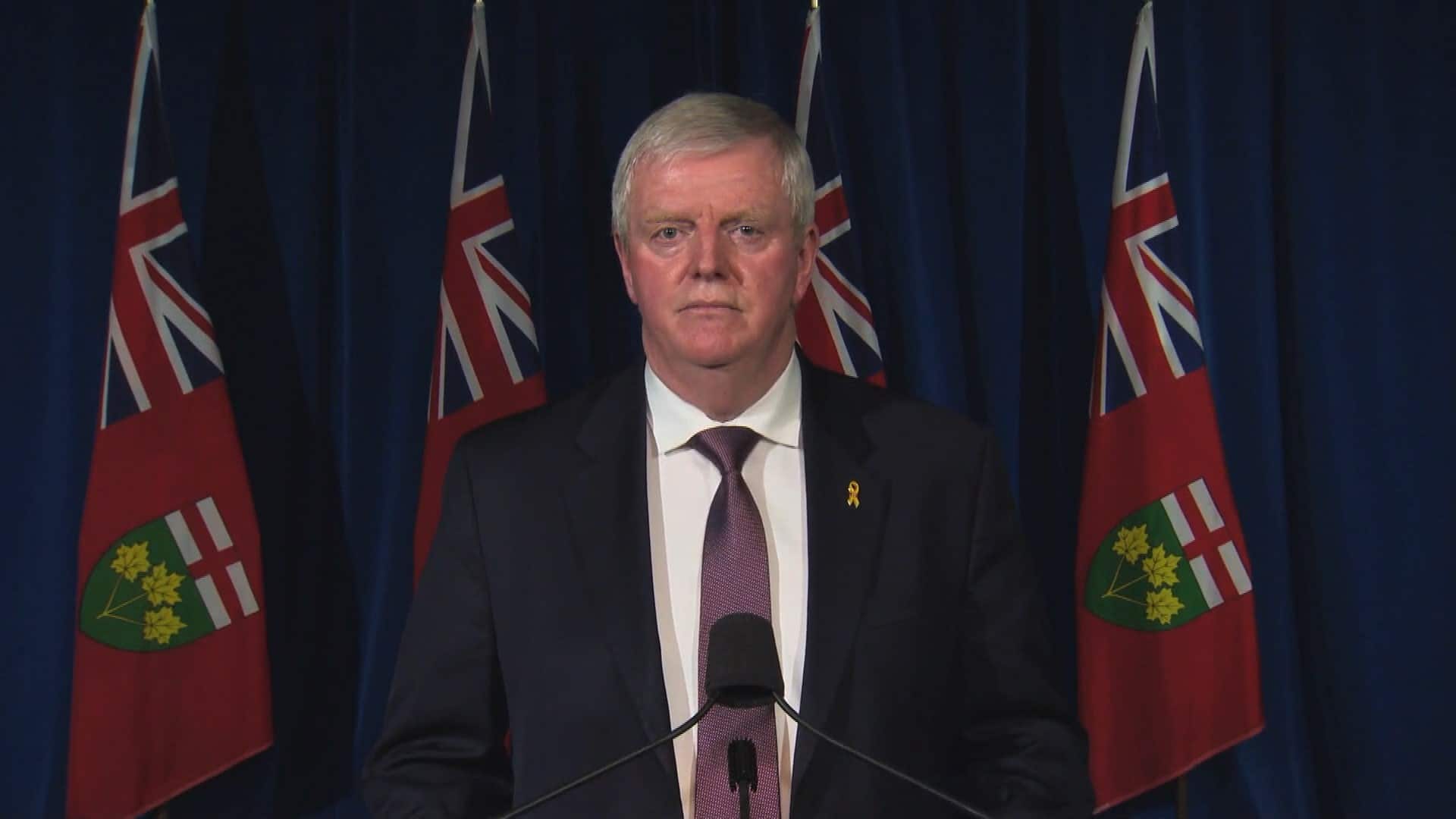 Hillier said that if the Moderna vaccine were to be made a single dose, “that would allow us to get literally hundreds of thousands of people, perhaps even several million” vaccinated more efficiently.

Hillier’s request comes as Ontario this morning reported a record-high 2,553 new cases of COVID-19 and the deaths of 78 people with the illness over the last two days.

During a briefing last week, the chief medical adviser at Health Canada said that while the first dose of Moderna’s vaccine imparts about 80 per cent immunity, it is uncertain how long that immunity would last.

“So we would recommend that the second dose be given,” said Dr. Supriya Sharma, adding that provinces would also need to factor in the reliability of the supply chain when deciding how doses should be administered in the coming months.

And speaking to CBC News on Dec. 23, the general manager of Moderna Canada rejected the idea.

“The two doses are necessary and very important to achieve full immunity and maintain that,” said Patricia Gauthier.

“It’s really important that everybody gets the two doses, four weeks apart.”

As of this morning, Ontario has used more than 14,000 of the 90,000 doses included in the initial shipment of the Pfizer-BioNTech vaccine. The pace is considerably behind those of other provinces.

Some health experts have also criticized the province for scaling back its vaccination program over the holidays.

Hillier said today that it was a “mistake” to do so, and that doses will be administered seven days a week moving forward. 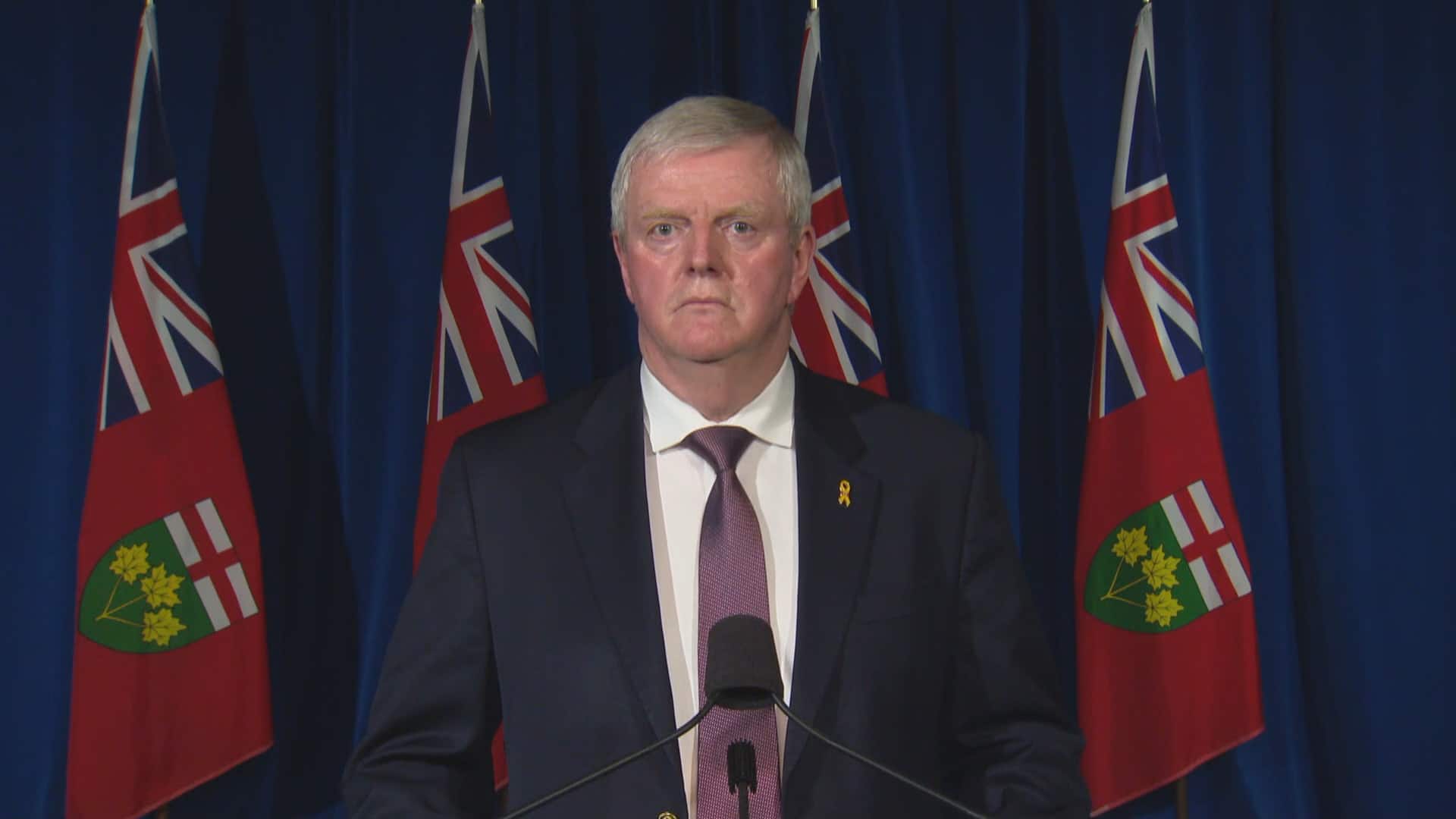 Combined, the new cases bring the seven-day average to 2,236.

The province said this morning it conducted 34,112 tests in the last 24 hours, while Ontario’s network of labs reported a positivity rate of 9.7 per cent.

The International Brotherhood of Teamsters, a labor union in the United States and Canada, said on Thursday it has voted to formalize a resolution to support and fund employees of Amazon.com Inc in their unionization efforts.

(Reporting by Eva Mathews in Bengaluru; Editing by Arun Koyyur)

Citigroup Inc has named Steve Elms as the new sales head for the bank’s Treasury and Trade Solutions (TTS) unit effective immediately, according to an internal memo shared by a company spokesperson.

Elms, who will oversee the management of the global sales teams, has been involved with the bank’s TTS division for over 10 years, according to his LinkedIn profile.

TTS is a division of the bank’s Institutional Clients group. The segment offers cash management and trade services and finance to multinational corporations, financial institutions and public sector organizations around the world.

An indigenous group in Canada’s Saskatchewan province on Thursday said it had found the unmarked graves of 751 people at a now-defunct Catholic residential school, just weeks after a similar discovery rocked the country.

Prime Minister Justin Trudeau said he was “terribly saddened” by the new discovery at Marieval Indian Residential School about 87 miles (140 km) from the provincial capital Regina.

He told indigenous people that “the hurt and the trauma that you feel is Canada’s responsibility to bear.”

It is not clear how many of the remains detected belong to children, Cowessess First Nation Chief Cadmus Delorme told reporters.

He said the church that ran the school removed the headstones.

“We didn’t remove the headstones. Removing headstones is a crime in this country. We are treating this like a crime scene,” he said.

The residential school system, which operated between 1831 and 1996, removed about 150,000 indigenous children from their families and brought them to Christian residential schools run on behalf of the federal government.

“Canada will be known as a nation who tried to exterminate the First Nations. Now we have evidence,” said Bobby Cameron, Chief of the Federation of Sovereign Indigenous Nations, which represents 74 First Nations in Saskatchewan.

“This is just the beginning.”

Canada’s Truth and Reconciliation Commission, which published a report that found the country’s residential school system amounted to cultural genocide, has said a cemetery was left on the Marieval site after the school building was demolished.

Cowessess First Nation has been in touch with the local Catholic archdiocese and Delorme said he is optimistic they will provide records allowing them to identify the remains.

“We have full faith that the Roman Catholic Church will release our records. They haven’t told us ‘No.’ We just don’t have them yet.”

The Cowessess First Nation began a ground-penetrating radar search on June 2, after the discovery of 215 unmarked graves at the Kamloops Residential School in British Columbia outraged the country.

The Kamloops discovery reopened old wounds in Canada about the lack of information and accountability around the residential school system, which forcibly separated indigenous children from their families and subjected them to malnutrition and physical and sexual abuse.

Pope Francis said in early June that he was pained by the Kamloops revelation and called for respect for the rights and cultures of native peoples. But he stopped short of the direct apology some Canadians had demanded.