Canada is well-positioned to approve Pfizer and BioNTech’s COVID-19 vaccine soon — and it could be delivered to the country very quickly after that, a BioNTech executive says.

“If I use the U.K. as an example, we got approval at 1:00 am in the morning. We approved [the] release of the vaccine and shipped it within 24 hours,” said Sean Marett, the chief business and chief commercial officer of Germany’s BioNTech, which partnered with the U.S.-based Pfizer to develop one of the world’s most promising COVID-19 vaccine candidates.

“Certainly from the discussions that we’ve had, Canada is in a good position to approve the vaccine shortly,” Marett told CBC Chief Political Correspondent Rosemary Barton on Sunday.

The Pfizer/BioNTech product — which was recently greenlit in the U.K. for emergency use —  could receive approval from Health Canada as soon as this coming week. Health regulators are currently reviewing three other vaccines produced by Moderna, AstraZeneca and Jannsen.

“Upon approval, we then release the vaccine and then it is shipped. We’ve already produced the vaccine and reserved doses for Canada,” Marett said on Rosemary Barton Live.

Regulatory approval is a key step before the finer details of the federal government’s rollout plan can be set in motion.

“We are negotiating for more precise delivery dates pending Health Canada approval,” Procurement Minister Anita Anand told CBC’s Vassy Kapelos earlier this week. “It’s for that reason that we’re putting the logistics systems in place so that there is no time lost between approval and then distribution to the provinces and territories.”

Rollout the ‘biological equivalent of a moon landing’

Marett called the distribution plan for the vaccine the “biological equivalent of a moon landing.”

“You’ve got to get everything exactly right, and that, of course, includes timings,” Marett said, when asked about exact delivery dates. “These things tend to … move around [for] a few days. But so far, from our experience with one country, the United Kingdom, we’ve seen things move pretty smoothly.” 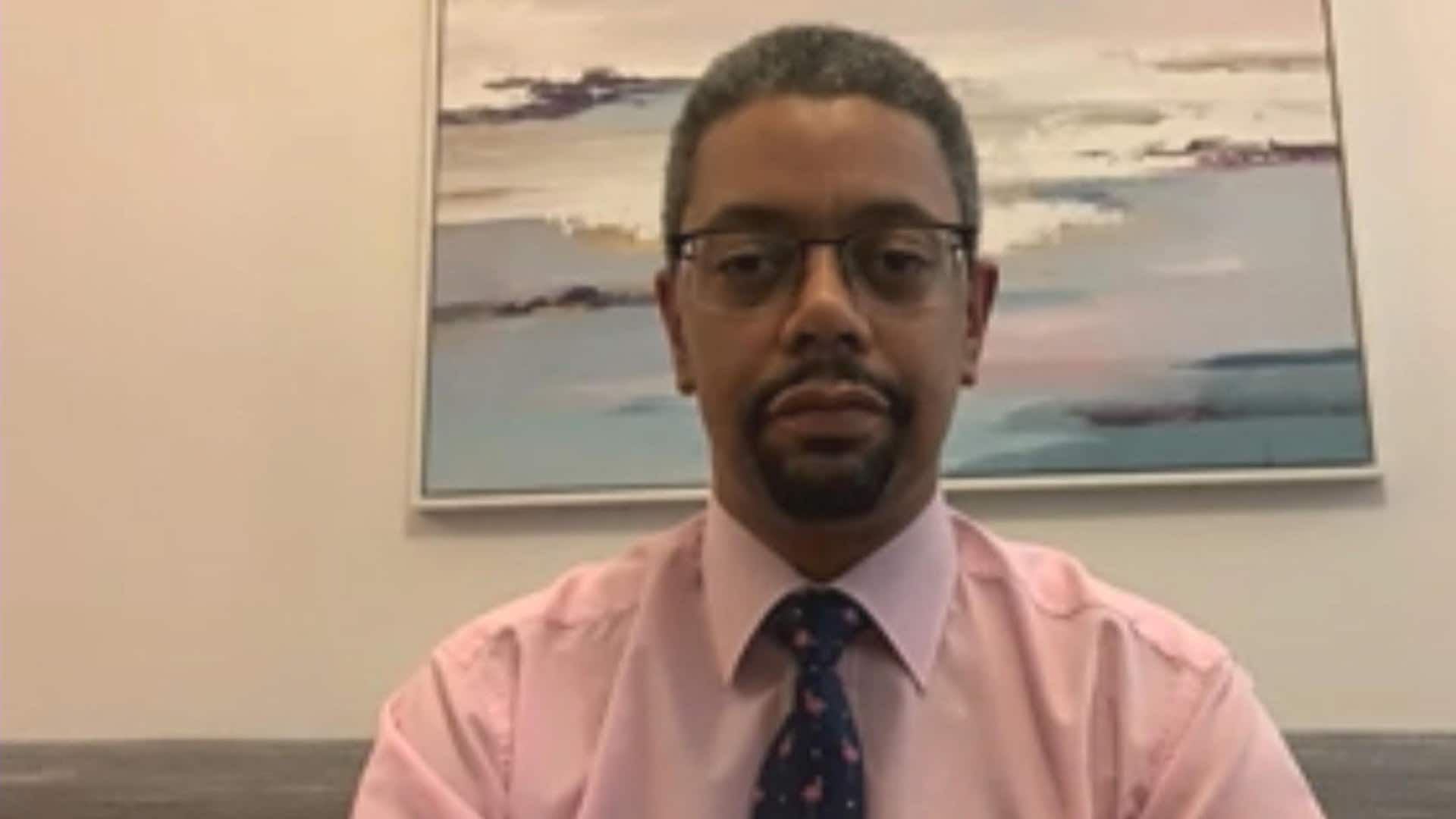 Welsh Minister of Health Vaughan Gething talks about lessons for Canada as Wales prepares to start COVID-19 vaccinations in 48 hours. 7:18

On Friday, Anand announced a contract with FedEx Express Canada to support the shipment of most vaccines across the country.

But the Pfizer/BioNTech candidate will be delivered by the pharmaceutical company directly because the product needs to be kept at approximately -70 C to remain stable. Ottawa says it’s already secured enough freezers to store up to 33.5 million units of the vaccine.

Marett said transporting and housing products in sub-zero temperatures is a process that’s been “well mapped out.”

“Together with Pfizer, we’ve designed a storage box … in which the vaccine arrives. You can use that as a -70 freezer. You can open the box twice a day and take vaccine out as long as you re-ice it for up to 15 days,” he explained.

Canada has signed a deal with Pfizer and BioNTech to pre-order 20 million doses of the vaccine, with an option to buy 56 million more in the months ahead. Pfizer says the shots are 95 per cent effective based on Phase 3 clinical trial results.

Marett said his company was “completely stunned” by those findings, considering the vaccine was developed in a matter of months as opposed to years.

“Ninety-five per cent efficacy, as defined by do you get [COVID-19] symptoms or not … is, in our view, a startling result,” he said.

Public health officials say that if all goes well, six million doses of the Pfizer/BioNTech and Moderna vaccines are slated to arrive in Canada within the first three months of 2021. Both vaccines must be administered twice, meaning three million Canadians will be among the first to get a jab.

Maj.-Gen. Dany Fortin, the former NATO commander now leading vaccine logistics and operations for the Public Health Agency of Canada, said Friday that every province has now identified specific sites where shots will be received.

Fortin said that dry runs are expected to be carried out in each province on Monday to ensure that those involved in the rollout process are prepared to handle the “very unique requirements” of an ultra-cold vaccine. 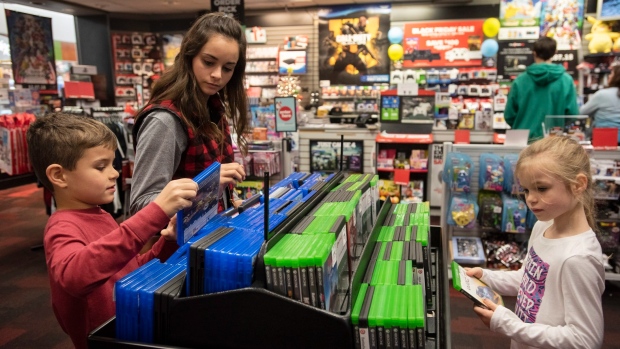 A David and Goliath saga is unfolding in financial markets over the stock price of struggling retail chain GameStop. On Wednesday, Goliath walked away from the battle.

A pair of professional investment firms that placed big bets that money-losing video game retailer GameStop’s stock will crash have essentially admitted defeat. The victor, for now at least, is a volunteer army of smaller investors who have been rallying on Reddit and elsewhere online to support GameStop’s stock and beat back the professionals.

GameStop’s stock surged as high as US$380 Wednesday morning, after sitting below $18 just a few weeks ago.

One of the two major investors that surrendered, Citron Research, acknowledged Wednesday in a YouTube video that it unwound the majority of its bet that GameStop stock would fall. Andrew Left, who runs Citron, said it took “a loss, 100%” to do so, but that does not change his view that GameStop’s stock will eventually fall sharply.

“We move on. Nothing has changed with GameStop except the stock price,” Left said. He also said he “has respect for the market,” which can temporarily run stock prices up higher than critics think they should go.

The size of the losses taken by Citron and Melvin are unknown.

GameStop’s stock has long been the target of investors betting that its stock will fall as it struggles in an industry increasingly going online. The retailer lost $1.6 billion over the last 12 quarters, and its stock fell for six straight years before rebounding in 2020.

That pushed investors to sell GameStop’s stock short. Essentially, these short sellers borrowed shares of GameStop and sold them in hopes of buying them back later at a lower price and pocketing the difference. GameStop is one of the most shorted stocks on Wall Street.

But its stock began rising sharply earlier this month after a co-founder of Chewy, the online retailer of pet supplies, joined the company’s board. The thought is that he could help in the company’s digital transformation.

At the same time, smaller investors gathering on social media have been exhorting each other to keep pushing the stock higher. There is no overriding reason why GameStop has attracted those smaller investors, but there is a distinct component of revenge against Wall Street in communications online.

“The hedge fund owners are crying as a result of us,” one user wrote on a Reddit discussion about GameStop stock. “We have the power in this situation, not anyone else as long as we stay strong!”

Almost immediately after, another user shouted in all capital letters, “BUY AND HOLD WE WILL BE VICTORIOUS.”

The battle has created big losses for major Wall Street players who shorted the stock. As GameStop’s stock soared and some of the critics got out of their bets, they had to buy GameStop shares to do so. That can accelerate gains even more, creating a feedback loop. As of Tuesday, the losses had already topped $5 billion in 2021, according to S3 Partners.

Much of professional Wall Street remains pessimistic that GameStop’s stock can hold onto its moonshot gains.

Analysts at BofA Global Research raised their price target for GameStop on Wednesday from $1.60, all the way up to $10. It was at $362 in midday trading.

Nevertheless, the phenomenon does not appear to be fading.

AMC Entertainment Holdings Inc., the theatre chain that has been ravaged by the pandemic, posted a quarterly loss this month exceeding $900 million.

It appears, however, that AMC has become the next battleground in the fight between smaller, retail investors, and Wall Street. 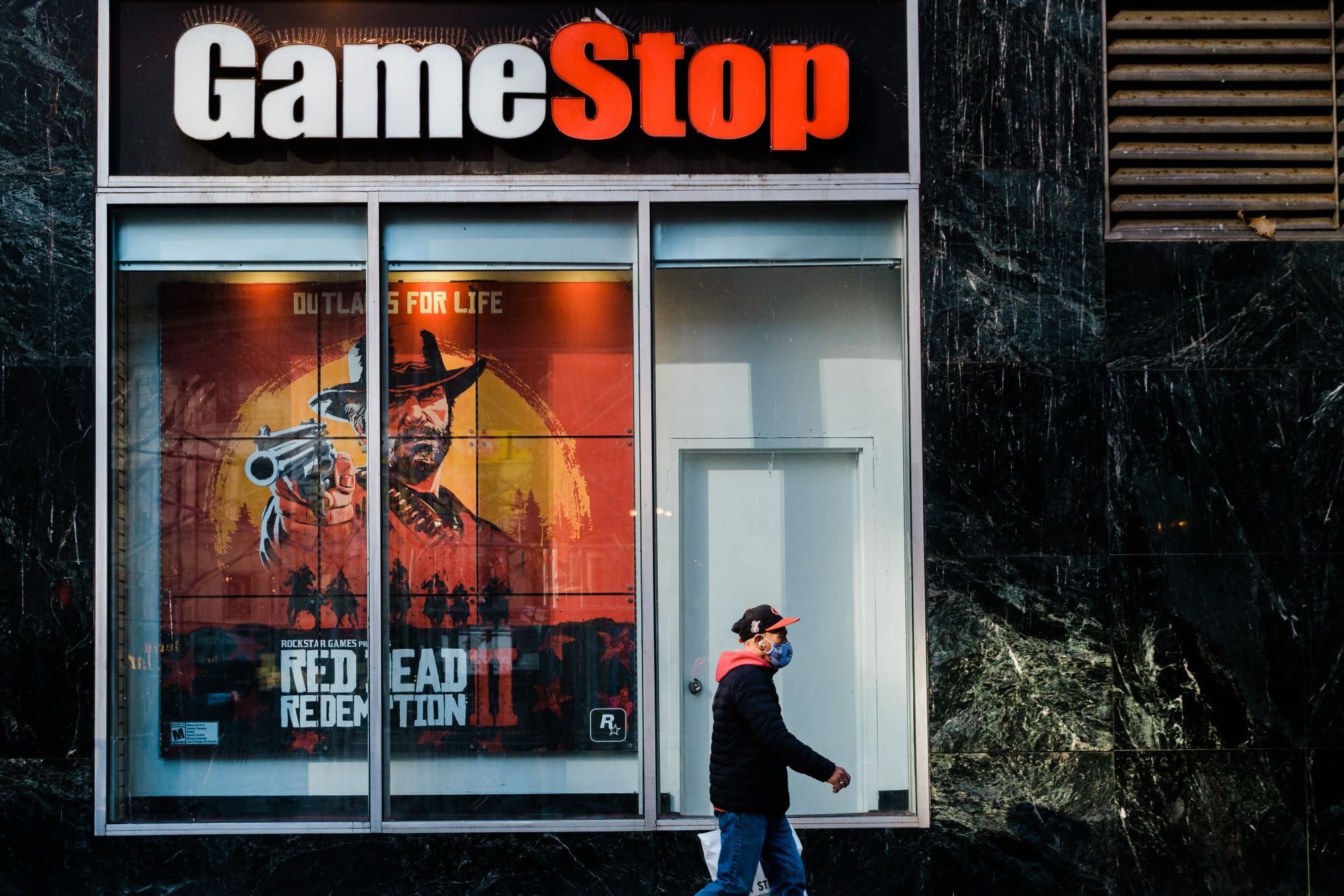 Burnt out but booming: Canada's TV and film sector plows ahead during the pandemic – CBC.ca