An associate politics professor at Mount Allison University believes the public should be outraged about recent trips numerous politicians have taken outside the country or even beyond their own provinces.

Mario Levesque calls the behaviour irresponsible by flouting the advice of their own public health officials not to travel.

“They are leaders, they are in positions of authority and it’s not good enough to talk the talk, they have to walk the talk as well. Leadership is about guiding people and doing the right things yourself as well and for a number of them that simply was not the case.”

Levesque says we should really be questioning those politicians and their judgment skills and says if those are the kind of decisions they are making, what other poor decisions are they making elsewhere?

When it comes to the pandemic, Levesque says the biggest issue for safety is don’t move and reduce contact with other people anywhere.

Two-Thirds of Americans Want Trump to Disappear From Politics – Bloomberg

The tumultuous final weeks of Donald Trump’s presidency have damaged his already low public standing, with 68% of Americans saying they want Trump’s political career to end.

A Pew Research Center survey released Friday shows Trump with the lowest approval number of his presidency at 29%, driven by last week’s assault on the U.S. Capitol by a violent mob and Trump’s subsequent impeachment for instigating the attack.

A 75% majority of Americans — including 52% of Republicans — say Trump bears some responsibility for the Capitol riots, which led to the deaths of five people. The Federal Bureau of Investigation is now looking into alleged plots to assassinate Vice President Mike Pence and other top lawmakers, driven by Trump-fueled and baseless conspiracy theories that the 2020 presidential election was stolen.

QuickTake: Impeaching an Ex-President Raises Issues of Why, How

Only 23% of those who voted in the November election say Trump’s conduct since then has been “good” or “excellent,” down from 31% in November.

President-elect Joe Biden has received largely positive reviews of his conduct, with 64% saying he’s conducted himself well since the election.

Biden’s cabinet choices have gotten 57% approval, and 56% say he’s done a good job explaining his policies. Four years ago, only 39% said the same about Trump.

Pew conducted the survey Jan. 8-12 among 5,360 U.S. adults, including 4,040 who said they voted in the presidential election. The margin of error is 1.9 percentage points.

The first thing to say is that Biden’s speech drove the final nail into the coffin of mainstream liberal attempts to make Democrats the party of fiscal restraint, efforts that began in earnest after Republicans adopted big-deficit policies at the beginning of Ronald Reagan’s presidency in 1981. For almost 40 years, Democrats tried and failed to convince journalists and pundits that they were the party that cared about federal budget deficits. Over the same period, Democrats occasionally sought credit from voters for lowering (and even, when Bill Clinton was president in the 1990s, erasing) deficits.

To be sure, Democrats were still Keynesians, favoring expanded deficits during hard times. But they also came to believe in paying for new spending even when that meant supporting higher taxes when they thought increased revenues were needed. As recently as Barack Obama’s presidency, they tried to rein in deficits when they got high.

That seems over. Congressional Democrats in 2020 spent freely (and tried to spend even more) to fight the coronavirus pandemic and rescue the economy. New rules in the House of Representatives de-emphasize the costs of new programs. Biden not only asked for a large bill only a few weeks after Congress passed a $900 billion round of virus-relief spending, but took on the argument head-on, saying that economists supported larger deficits right now. I don’t think that Democrats will flip all the way to simply ignoring deficits, and some moderate Democrats may split with mainstream liberals over fiscal policy as time goes on, but it really does sound like the center of the party has moved.

The other thing to say about Biden’s rollout was just how professional it was. The speech wasn’t particularly memorable or well-delivered in my view, but it was solidly constructed and won’t give the fact-checkers much to do. Nor was it undermined by nonsensical ad-libs. Oh, and Biden does know how to use a teleprompter. His staff also knows how to build (and demonstrate) support, as NBC News correspondent Garrett Haake noted in this tweet Thursday night: “My inbox and Twitter timeline are flooded with statements from Democrats (and even the Chamber of Commerce) in support of the Biden COVID rescue plan. I had almost forgotten what a coordinated policy rollout looks like.”

That doesn’t guarantee it will wind up passing. The Biden team is apparently hoping to treat the relief legislation as a regular bill, which means that it will need to get through the narrow Democratic majority in the House and then find 60 votes to defeat a Senate filibuster in a chamber where each party will have 50 members. And while there are some items that will appeal to many Republican senators, and others they will be reluctant to vote against, a deal requiring at least 10 Republicans to sign on seems unlikely.

Unless that’s wrong, Democrats will either have to eliminate the legislative filibuster, or accept only what they could get under the current rules governing the “reconciliation” procedure that can avoid a filibuster — or loosen those reconciliation rules. It’s possible that moderate Democrats might be willing to support Senate rules changes to pass funding for vaccination and other emergency health-care needs, and for some economic relief. But they almost certainly would demand that some liberal priorities in Biden’s plan be dropped.

Biden and his team — and for that matter, both House and Senate Democratic leaders — are experienced deal-makers. For the most part, the coronavirus package is built for negotiations; it’s relatively easy to bargain over financing levels as long as both sides want eventual passage. But whether a sufficient number of senators will really want a deal? That’s hard to know at this point.

1. Davin L. Phoenix at the Monkey Cage on anger and race.

2. Reid Wilson talks to Biden’s Chief of Staff Ron Klain about how the administration intends to get to work. A must-read. Key fact: Klain says that Biden will have more people in the agencies (political appointees who don’t need Senate confirmation) from Day 1 than Obama had after 100 days. Obama was bad about filling vacancies. President Donald Trump was terrible. Biden, it seems, might be be good at it. We’ll see.

3. Jonathan Cohn on the vaccine rollout.

4. Katlyn Marie Carter at Made By History revisits the Sedition Act of 1798.

7. And Peter Jamison, Carol D. Leonnig and Paul Schwartzman have the epic story about why the Secret Service has been renting toilets in Kalorama.

Get Early Returns every morning in your inbox. Click here to subscribe. Also subscribe to Bloomberg All Access and get much, much more. You’ll receive our unmatched global news coverage and two in-depth daily newsletters, the Bloomberg Open and the Bloomberg Close.

This column does not necessarily reflect the opinion of the editorial board or Bloomberg LP and its owners.

To contact the author of this story:
Jonathan Bernstein at jbernstein62@bloomberg.net

To contact the editor responsible for this story:
Jonathan Landman at jlandman4@bloomberg.net 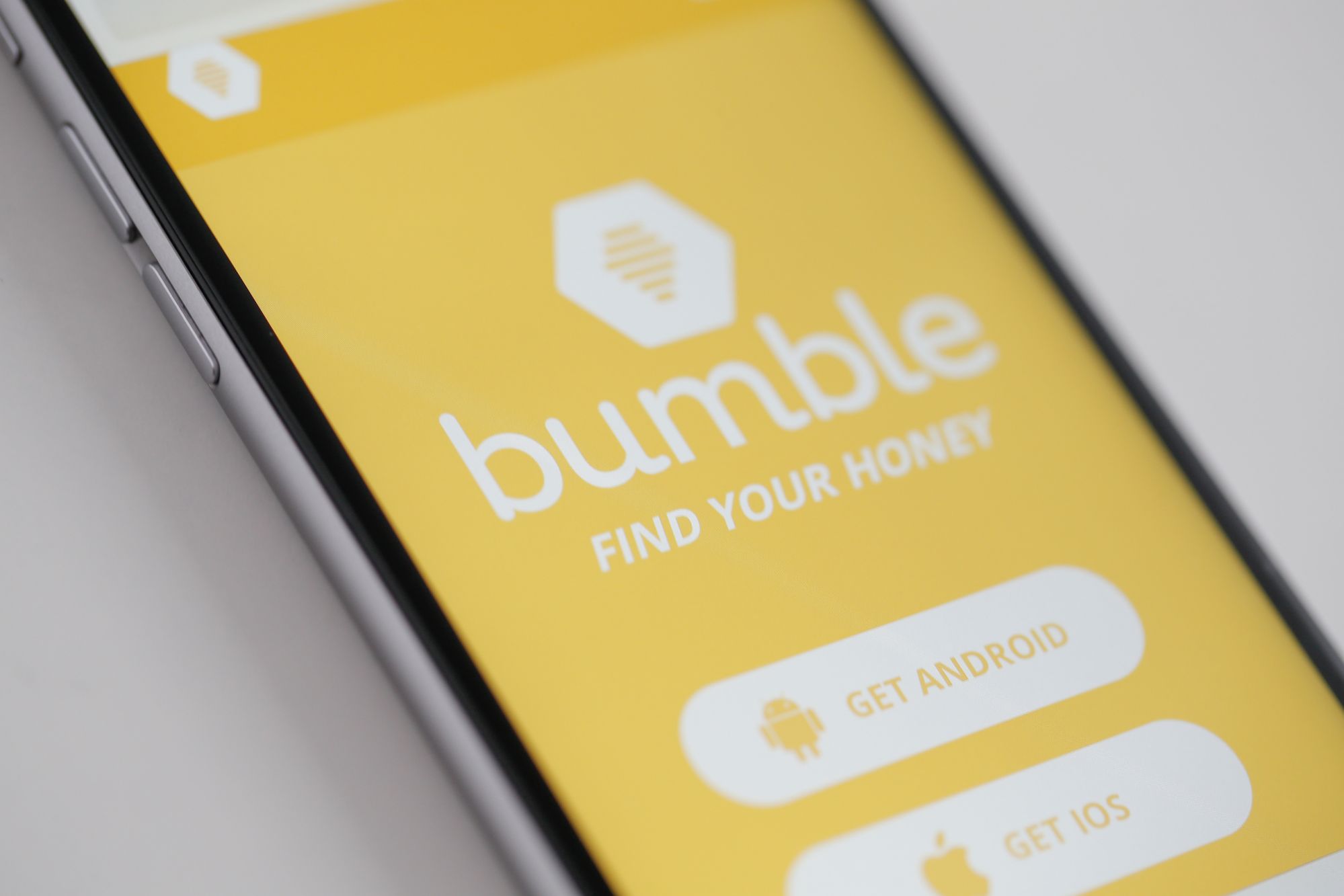 The major U.S. equity-indexes are hovering around all-time highs, and a question that frequently pops up these days, is whether some companies’ valuations might be overstretched. However, some operate at the opposite end of the spectrum, and could yet offer investors untapped opportunities. H.C. Wainwright analyst Ram Selvaraju points in the direction of Sorrento Therapeutics (SRNE), as one such company. Selvaraju rates SRNE a Buy along with a $30 price target, which implies a 275% upside from current levels. (To watch Selvaraju’s track record, click here) So, what’s behind the optimistic outlook? Well, for starters, Sorrento has a stake in two cell-based immunotherapy companies that could “drive value in Sorrento shares over the coming months.” One is Celularity, a clinical-stage cell therapeutics company focused on cellular medicines for cancer, infectious diseases, and degenerative diseases. Celularity is expected to go public later this year via a SPAC merger with GX Acquisition Corp. The merged company’s equity value following the transaction’s closure will land at roughly $1.7 billion. Selvaraju estimates Sorrento’s position should be worth in the $200 million region. The second company is NantKwest, which recently signed a deal to merge with ImmunityBio. The transaction is expected to close in 1H21. Sorrento owns roughly 8.2 million shares of the clinical-stage immunotherapy company. These are currently worth around $121 million, going by NantKwest’s recent share price. Additionally, the analyst highlights Sorrento’s “burgeoning portfolio of assets spanning three distinct therapeutic areas (non-opioid pain management, oncology and COVID-19).” In fact, on the Covid-19 front alone, Sorrento has taken a broad-based approach and has a long list of diagnostic, prophylactic and therapeutic offerings in the pipeline, with “updates likely to come fast and furious.” These include two rapid detection tests; COVI-STIX, for which the company filed for Emergency Use Authorization (EUA) in the U.S. in December, and COVI-TRACE, which Selvaraju claims could come in handy at any mass gathering event. “We believe that the incentive to facilitate the large-scale and indeed ubiquitous deployment of the COVI-TRACE test is extremely high and governments worldwide may seek to implement this in their respective regions,” the 5-star analyst opined. Other Covid-19 candidates include COVIGUARD – a SARS-CoV-2 neutralizing antibody, COVI-AMG – an affinity-matured version of the COVIGUARD neutralizing antibody, a neutralizing antibody cocktail named COVI-SHIELD and COVIDTRAP, an ACE2 receptor decoy, intended to imitate the mammalian ACE2 receptor that acts as the primary portal for the SARS-CoV-2 virus to penetrate human cells. It has been relatively quiet when it comes to other analyst activity. In the last three months, only 2 analysts have issued ratings. However, as they were both Buys, the word on the Street is that SRNE is a Moderate Buy. Based on the $25.50 average price target, shares could climb 219% higher in the next twelve months. (See SRNE stock analysis on TipRanks) To find good ideas for healthcare stocks trading at attractive valuations, visit TipRanks’ Best Stocks to Buy, a newly launched tool that unites all of TipRanks’ equity insights. Disclaimer: The opinions expressed in this article are solely those of the featured analyst. The content is intended to be used for informational purposes only. It is very important to do your own analysis before making any investment.

Two-Thirds of Americans Want Trump to Disappear From Politics – Bloomberg