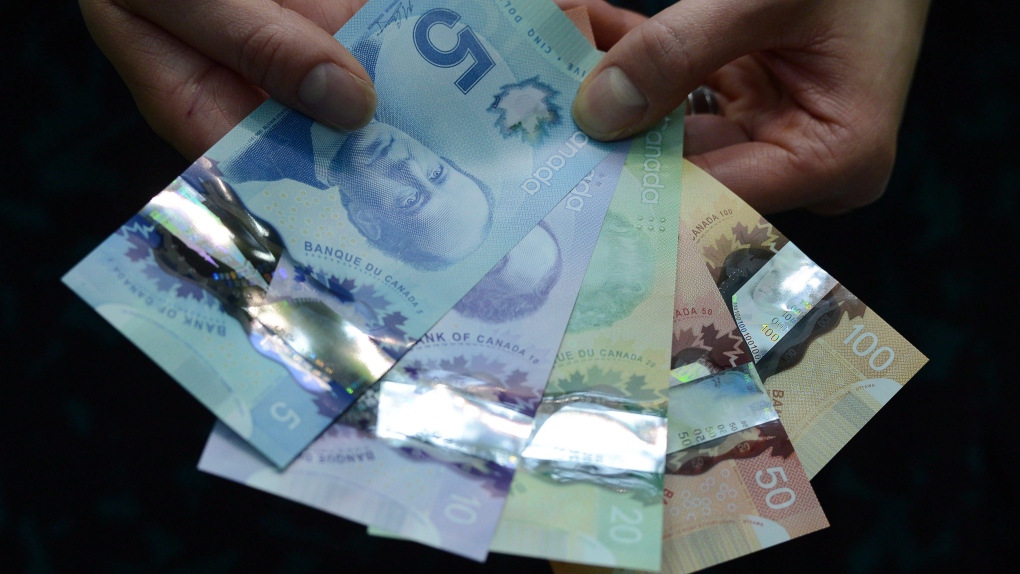 As we head into 2023, many economists have said Canada should brace for at least a mild recession amid high inflation and aggressive rate hikes from the Bank of Canada.

Economists at RBC forecast in October that Canada could enter a “moderate” recession in the first quarter of 2023. Similarly, in the fall economic statement, the federal government presented a “downside scenario” that would see a “mild recession” in Q1.

Here are some of the indicators that can offer a glimpse into whether Canada could jump into a recession, and what an economic downturn could look like if it does.

Economists say inflation data is one of the key metrics that will determine whether Canada enters a recession. Higher inflation rates would force the Bank of Canada to deliver larger interest rate hikes aimed at slowing down the economy.

“Demand is outstripping available supply on the consumer side, and that’s pushing up inflation. And so the Bank of Canada has been pretty clear that the economy needs to slow in order to get inflation under control,” Nathan Janzen, a senior economist with RBC Economics, told CTVNews.ca over the phone.

Data from Statistics Canada has shown that year-over-year inflation has indeed been creeping down each month after peaking at 8.1 per cent in June.

However, much of this decline can be attributed to falling fuel prices, and the Bank of Canada has signalled that it’s not done with rate hikes.

The food inflation rate was 11.4 per cent in September, the highest it’s been since 1981. Meanwhile, core inflation, which excludes food and energy, has continued to hover around 5.3 per cent and 5.5 per cent since June.

Two negative quarters of GDP growth has been a working definition for a technical recession that’s often been used in the media, but economists say it’s not clear cut on how an actual recession is defined.

“There is no mechanical definition of a recession. A recession is a ‘significant’ decline in economic activity that is spread across the economy lasting more than a few months,” University of Calgary economics professor Trevor Tombe told CTVNews.ca. “That’s something where there’s judgement calls involved.”

But GDP doesn’t tell the whole story. Last summer, the U.S. reported two consecutive quarters of economic growth, but Treasury Secretary Janet Yellen insisted the country was not in a recession, given the strong job numbers. The Business Cycle Dating Committee also made no declaration of a recession at the time.

The severity of a recession can also depend on how steep the decline in GDP is.

Even if Canada’s GDP doesn’t decline, slower growth can still spell bad news for the economy.

“The magic number is not zero,” Dungan added. “In a country like Canada we would expect, on a year-over-year basis, two per cent growth. So if you have even one per cent growth, that’s what people sometimes call a ‘growth recession.’ And it’s likely to be one in which the unemployment rate would start to tick up.”

High levels of unemployment are typical hallmarks of a recession. Yet, Canada’s job market has been red hot over the past year, with more open positions than workers available to fill them.

In October 2022, Canada’s unemployment rate was 5.2 per cent according to Statistics Canada, slightly higher than the record low of 4.9 per cent in July and August.

But in the event of an economic downturn, experts say the unfilled jobs would be the first to disappear before unemployment starts to creep up.

“Those will be the ones that start to disappear first as opposed to people actually losing jobs, which is great, because that means the unemployment rate doesn’t have to go up as much,” said Dungan.”

BMO said in a report published Nov. 7 it expects unemployment in Canada to reach 6.5 per cent next year as a result of a “shallow recession.” RBC expects Canada’s unemployment rate to increase by 1.7 percentage points in 2023 to nearly seven per cent and says lower-income Canadians will be harder hit.

“That is a significant increase. It’ll cause hardship for some households, but would rank historically speaking on the moderate end of recessions,” Janzen said, while noting that these projected unemployment levels are still much lower than the levels seen during the 2008 financial crisis.

The uncertainty brought upon by Russia’s invasion of Ukraine sent oil prices skyrocketing, with gas prices in some communities in Canada peaking at over $2 per litre last summer.

But high oil prices have usually been good news for the Canadian economy, given that Canada is the fourth largest oil exporter.

“High oil prices are normally a positive for the Canadian economy as a whole. I still think that all the evidence suggests that they are, but not all provinces,” Tombe said.

In 2015, Canada experienced a mild downturn short of a recession after oil prices plummeted, as it resulted in the cancellation of several investment projects in the oilsands.

But Dungan believes lower oil prices now spell more good news than bad, given the relative lack of oilsands investments at risk of cancellation and the impact that oil prices have on inflation.

“What a lower oil price will do around the world, both in Canada and around the world, is take the heat off the inflation. This means the central banks don’t have to raise their interest rates as much, which means that that would relieve that direction in going towards a recession,” he said.

After the Bank of Canada began raising interest rates, housing prices across much of Canada saw steep declines from their peaks. According to the Canadian Mortgage and Housing Corporation, average home prices had fallen 15.6 per cent across Canada from February to August.

This has translated to a huge loss in wealth for Canadian households. An RBC report published in late October said $900 billion had been lost as a result of this housing market correction and expects losses to net wealth to peak at $1.6 trillion.

As a result, RBC expects the decline in wealth to cut into consumer spending, which could decline by $15 billion in 2023.

“We’ve already seen (softening) in the housing market, but the next sector to see some softening could be the manufacturing sector. We’ve seen already a pretty big slowdown in consumption of physical merchandise, particularly in the United States, from really high levels earlier in the pandemic,” Janzen said.

Consumer spending will also likely take a hit thanks to inflation. The Bank of Canada’s consumer expectations survey in October found that consumer confidence was declining and many Canadians plan on cutting spending to deal with high inflation. For this year’s holiday season, Deloitte Canada said it expects spending to fall 17 per cent.

The Economy’s Fundamental Problem Has Changed