Residents visiting Saanich municipal hall may notice a giant smear of chalk at the top of the concrete stairs.

But catch the right angle, and look at it through a phone or camera, and the viewer is witness to the latest public art piece in the district – a 3D chalk work by Scott Gilles.

Locals may recognize Gillies – from 2014 to the demise of the event, he participated in the Greater Victoria Chalk Art Festival. Until COVID-19 hit he also participated in a similar Burnaby event.

He missed working in public until this summer when Saanich introduced its public arts program and he crafted two pieces, a fountain and pedestal in Cadboro-Gyro Park and the surf keyboard outside municipal hall.

Gilles – who owns and operates Azara Effect Productions, an animation, illustration and video production company – spent about 15 hours working on the eight by 12-foot chalk work at municipal hall.

He starts with a sketch on paper, then works the concept, and of course, has a little back and forth with the district on what’s doable, and appropriate for the space. Until a decade ago, work like this was all prepared with pencil and paper, and while there are digital tools to expedite the process these days, there’s still trial and error involved.

“The way perspective works as things get farther away they get squished down and narrower,” he explained. “You have to extremely skew things.”

The musical note, for example, is stretched 10 to 12 times longer than if you were just looking straight down on it.

Everything flares at an angle from one specific viewpoint.

“As you walk around everything just gets immediately skewed,” said the artist whose first work was during the Edmonton Oiler run for the Stanley Cup in 2006.

“I thought I should draw a Stanley cup outside the coliseum and I skewed it so it was a 3D anamorphic drawing but nobody knew what it was.”

There’s definitely some education required. Gillies will often add a sign, suggesting a camera or phone, and even paint a pair of feet for the best viewing experience.

“There’s an awareness of 3D drawings permeating through the culture now, so people know to find where to stand,” he said.

One goal, and a big key to his artwork for those crafting the community arts for Saanich, is his bid to create interactive art. He wants people to be a part of the sculpture. With viewing through a camera there’s an Instagrammable quality to the work.

“I really hope people do stand on the keyboard and get a photo,” he said. “It’s an amazing thing when you can make adults be silly and have fun.”

That’s the goal for Saanich’s arts in the community program, especially since the COVID-19 pandemic hit with its myriad of restrictions for health and safety.

“It’s a really fun way of bringing his art into the community, but also the way he treats his art invites you to be part of it. By you taking part in it, it really comes alive,” said Brenda Weatherston, community arts programmer for Saanich. “They’re fun and they’re playful and there’s always something a little unexpected in them.”

Gillies is among the artists creating smaller scale and closer to home opportunities for people to openly engage with the arts. A recent outdoor opera was also part of the program, with a few others still in the planning stages.

Follow along at saanich.ca and the district’s social media platforms for other art activities.

Enjoy 3-D art by @ScottWRGillies at Cadboro/Gyro Park! Stand on the footprints, view through a camera phone and watch it come to life! (avoid the flying jellyfish) Arts in the Community https://t.co/ajU3KEuEKD #saanich #saanicharts #yyjarts #3Dmural pic.twitter.com/yXQIkwfoKT 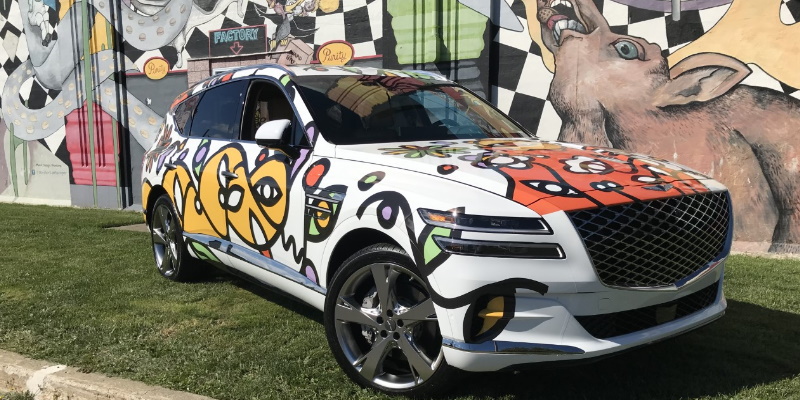 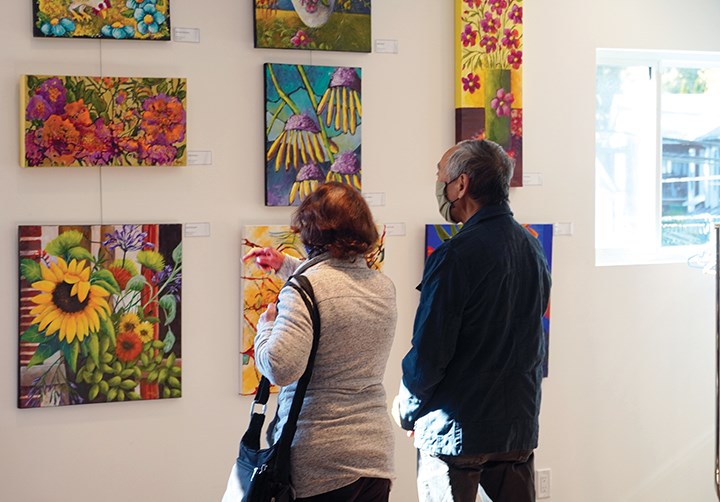 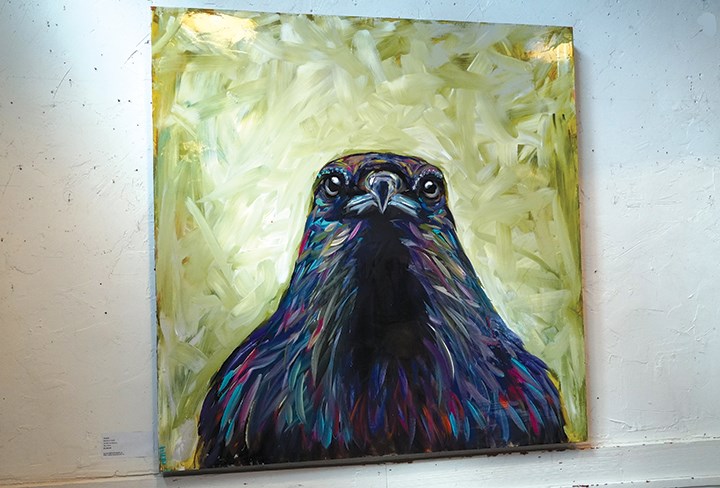