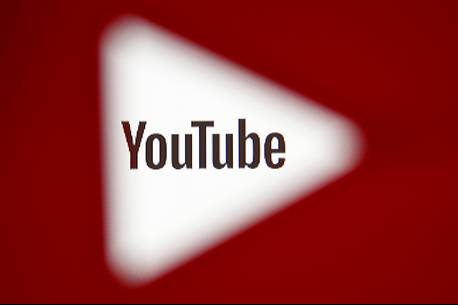 Unilever, one of the world’s biggest advertisers, told Reuters the move this week was “a good step in the right direction,” but would not say whether it would resume paid advertising on Facebook in the United States next year after stopping over the summer.

Coca-Cola also remains paused on Facebook and Instagram and declined to say if this changed its view. Beam Suntory, maker of Jim Beam bourbon and Courvoisier Cognac, plans to stay away from paid advertising for the rest of 2020 and reassess in 2021 based on how Facebook adjusts its approach.

“Brands are very concerned about having any affiliation with the disinformation that runs through the big tech platforms,” said Michael Priem, CEO of advertising technology firm Modern Impact.

Deciding whether to pull ads from social media can be tough. Larger brands can afford to take a stance, but for smaller businesses that have already been hurt by the coronavirus pandemic, “it’s either make it or die,” Priem said.

On Wednesday, the World Federation of Advertisers announced that social media platforms and advertisers had committed to create common definitions of harmful content such as hate speech and harmonized reporting standards.

A Facebook spokeswoman said on Friday that advertisers were returning to the platform.

“For the most part advertisers are coming back because they recognize the efforts we’re making,” the spokeswoman said. “We’re never satisfied. We’ll continue to work with industry and with our clients.”

She said that 95% of the hate speech removed by Facebook is detected before being reported, up from 23% in 2017.

“Digital media is now more than half of all media spending yet is still operating with very few boundaries other than those that are self-imposed or that marketers try to enforce. It’s time for digital platforms to apply content standards properly,” Procter & Gamble’s chief brand officer, Marc Pritchard, said on Wednesday.

The maker of Gillette razors and Pampers diapers said it will “continue to advocate for greater transparency, reporting, and enforcement” directly with platforms and through industry forums.

Many companies, such as drinks giant Pernod Ricard, returned to Facebook in August after a one-month pause aimed at sending a message.

“I feel very happy … with the outcome. I think it worked,” said Eric Benoist, global marketing director for the maker of Absolut vodka and Martell Cognac. “It was a wake-up call. They heard it loud and clear.”

Some advertisers, like spirits group Diageo, came back following direct engagement with the platform and evidence of action.

“Some progress has been made, but more needs to be done and we think we’re better able to bring about change by working together,” a Diageo spokeswoman said. “We are in the process of resuming paid media and will continue to drive accountability on these pressing issues.”

Campaign organizers remain skeptical and pledged to keep up the heat.

“We cannot assume progress from yet another commitment to change until we see the impact and breadth of policy enforcement by these companies,” said Rashad Robinson, president of Color Of Change, a backer of the Stop Hate for Profit campaign, which organized the boycott.

“As long as these companies continue to abdicate their responsibility to their most vulnerable users, we will continue to call on Congress and regulatory agencies to intervene.”

(Reporting by Martinne Geller in London; Additional reporting by Sheila Dang in New York and Siddharth Cavale in Bengaluru; Editing by Carmel Crimmins)

State Department revoked award for journalist over social media posts critical of Trump and lied about it, watchdog finds

Social media deal earns advertisers' 'likes', but not yet all their dollars – Reuters Canada

The companies said researcher Adrian Zenz’s reports were untrue, damaged the reputation of the industry and led to economic losses after the United States banned cotton imports from Xinjiang, according to a report on by the Xinjiang Communist Party website on Monday evening.

Monday’s report on the lawsuit did not include details of which companies were behind the civil action nor how much they were seeking in compensation and Reuters was not immediately able to review a copy of any legal filing.

The report said the suit was filed in what it called a local Xinjiang court, but didn’t say when the filing was made. The Xinjiang government did not immediately respond to a request for more details on the case on Tuesday.

Experts said if it the suit would be the first known instance of a foreign researcher facing civil action in China over human rights research that has contributed to pressure for economic sanctions, and comes as Beijing has been stepping up its defence against foreign accusations of human rights abuses, which it denies.

The administration of former U.S. President Donald Trump in December banned imports of cotton from Xinjiang Production and Construction Corps (XPCC), which produces around 30% of China’s cotton. In January it announced an import ban on all cotton and tomato products from Xinjiang over allegations that they were made with forced labour, without citing the source of the allegations.

XPCC could not be reached for comment by Reuters on Tuesday.

“It (the suit) would seem to be a tactic to try to raise the costs for those doing research on these kinds of severe human rights abuses,” said Sarah Cook, New York-based Research Director for China at U.S. non-profit Freedom House.

“It could set a worrisome precedent … it could send a signal to foreign companies or others who might be considering being more outspoken or changing business practices due to what is happening in Xinjiang,” she said.

Zenz is a senior fellow in China studies at the U.S.-based Victims of Communism Foundation, a non-profit that researches human rights in communist countries, and a critic of China’s ethnic policy in Xinjiang and Tibet whose research has been widely cited in western media, including Reuters.

Zenz said the lawsuit shows that his research is having an impact, although he believes the case is symbolic. He said he had last been in China more than a decade ago and has no intention of returning to China in the immediate future.

“That’s probably the most direct statement that some of these companies are incurring economic losses as the result of my publication,” he told Reuters on Tuesday. He said he had no knowledge of the contents of the suit.

Zen in December published a report that estimated around half a million people from ethnic minority groups in Xinjiang are employed in cotton picking through coercive labour transfer programmes. The research was based on an analysis of Chinese government documents and state media.

Last July, state media reported that Beijing was considering suing Zenz for libelling China, though no public information has since been released on any potential case and Zenz has not heard of any suit.

On Monday, China’s parliament said it will speed up lawmaking aimed at countering foreign sanctions and “long-arm jurisdiction” amid increasing pressure from Western countries over issues ranging from Xinjiang to civil rights in Hong Kong.

NEW DELHI (Reuters) – An Indian non-profit which runs an independent news website on Tuesday challenged in court the country’s new rules that seek to regulate content on digital news media.

The so-called Intermediary Guidelines and Digital Media Ethics Code was announced by New Delhi last month and is legally enforceable.

In its petition in the Delhi High Court, the Foundation for Independent Journalism, which publishes ‘The Wire’ news portal, argued the rules formulated under India’s Information Technology Act should not govern online news media.

The rules lay a three-tier regulatory structure for news media including an oversight mechanism by the federal government, sparking concerns that it will curb the freedom of press to report independently.

The case will next be heard on April 16.

Myanmar: protesters allowed to leave apartments after being trapped by military – The Guardian

Myanmar: protesters allowed to leave apartments after being trapped by military  The Guardian