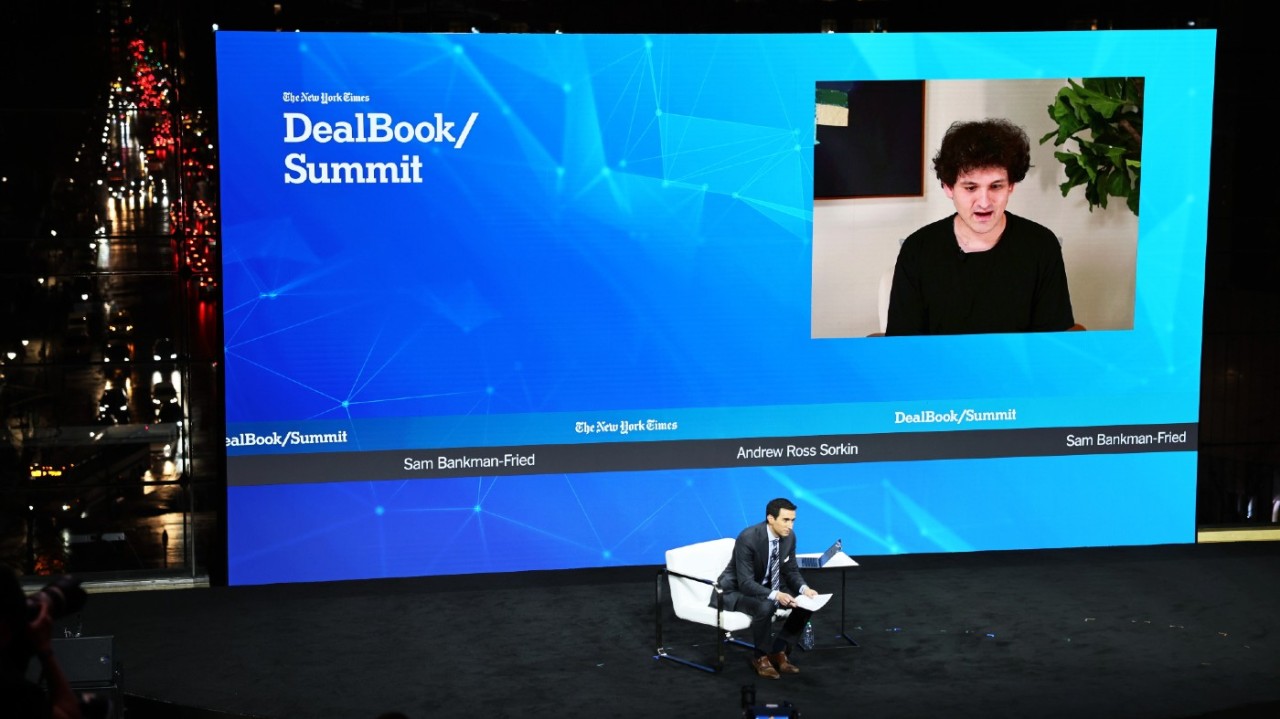 He’s just 30 years old. His voice sounds like that of your average sophomore. His hair is disheveled. He often dresses like a guy who works as a beach badge checker at the Jersey Shore.

This is Sam Bankman-Fried (commonly known as SBF), the now-former CEO of cryptocurrency exchange FTX. You’ve likely heard his story by now: The one-time wunderkind, who some have called “the next Warren Buffet,” saw his crypto company, FTX, soar to the point that his own net worth was north of $25 billion earlier this year. But then reports emerged of potentially dubious accounting and the alleged mishandling of customer funds to the tune of an $8 billion hole in FTX’s balance sheet.

In October, SBF’s worth reportedly dropped to $10.5 billion. On Nov. 8 alone, he reportedly lost more than 90 percent of said worth and dropped below the $1 billion mark.

And, as you read this, you have more wealth than SBF does if the dollar amount in your bank account is above zero.

The reports of SBF’s spending sound like something out of a James Bond bad-guy character: In the Bahamas alone, he and top management are said to have spent $300 million on property on the resort island. You read that correctly: $300 million, including $40 million by SBF himself for a penthouse on the beach.

Bankman-Fried now seems like the crypto version of disgraced Bernie Madoff, who led the largest Ponzi scheme in history over the course of two decades until his arrest in 2008. But the comparison to Madoff is almost unfair to Madoff, if that’s possible. Because at least with Bernie, one could understand why people invested heavily, even their life savings in many cases: Madoff had been both chairman of the Nasdaq and chairman of the board of the National Association of Securities Dealers (NASD). He was obviously highly respected on Wall Street.

Then you look at and listen to Sam Bankman-Fried, who didn’t even have a driver’s license when Madoff was arrested, and wonder, “How did anyone give this kid even one dime to invest with?”

But somehow it happened.

Regardless of FTX’s collapse and SBF’s role as its CEO, the interview requests continue to come in from outlets like the New York Times. And let’s just say the headlines have been gentle:

Wait: Bankman-Fried was still given a huge public forum by the paper of record? Why didn’t the publication cancel, given the serious accusations against him?

During the forum, per the Times story, SBF dismissed the losses during his conversation with moderator Andrew Ross Sorkin: “In addressing the impact of the company’s collapse on his own future, he was understated. ‘I’ve had a bad month,’ he said at one point, to laughter from the audience.”

Imagine that: One of the largest financial collapses in history just occurred, and the audience finds it hilarious.

On ABC News, SBF also appeared on camera from the Bahamas. The promo was positively soft, given the circumstances:

“TOMORROW: Collapse of a crypto empire — @GStephanopoulos sits down with former FTX CEO Sam Bankman-Fried to talk about what went wrong at the company in a one-on-one interview on @GMA.”

Does anyone think Madoff would have been given the same courtesy with this kind of framing around “what went wrong”? This kind of wording only gives the impression of victimhood.

Gizmodo’s review of the ABC interview captured it perfectly:

“[SBF] spent the interview repeatedly adopting the posture and cadence of a 15-year-old kid caught with a baggie of weed in his sock drawer. But SBF wasn’t caught smoking weed by his parents and he’s not a teenager. The 30-year-old graduate of MIT lost billions of dollars in user deposits—the life savings of regular people.”

So, is there a political aspect in play here? There always is.

Turns out SBF was one of the largest donors to Joe Biden’s 2020 presidential campaign to the tune of $5 million, according to the Wall Street Journal. He also reportedly donated heavily to Democrats ahead of the 2022 midterms.

“Some Democrats see Bankman-Fried’s investments and engagement as the thing that could help them hold back a red midterm wave,” Politico observed in August.

For her part, Rep. Maxine Waters (D-Calif.) appears to be approaching SBF with kid gloves regarding oversight. “We appreciate that you’ve been candid in your discussions about what happened at #FTX,” Waters, who chairs the House Financial Services Committee, tweeted. “Your willingness to talk to the public will help the company’s customers, investors, and others. To that end, we would welcome your participation in our hearing on the 13th.”

In a recent interview, SBF claimed for the first time publicly that he also donated millions to the Republican Party. But unlike the Biden and midterm donations to Democrats, there don’t seem to be any receipts around that, only SBF’s word (whatever that’s worth) that he funneled the donations into dark-money operations.

“All my Republican donations were dark,” he told crypto commentator Tiffany Fong last week. “The reason was not for regulatory reasons, it’s because reporters freak the f*** out if you donate to Republicans. They’re all super liberal, and I didn’t want to have that fight.”

This makes no sense. If the goal of a donation is to gain influence, why keep those donations secret and under the radar? And if SBF donated to Republicans, why didn’t he also donate to Donald Trump in 2020, in the same manner as he did to Biden? Because he was afraid reporters would freak out? C’mon, man, as Biden might say.

SBF’s investments extended to media companies and startups as well, reportedly including The Intercept, Vox, ProPublica and startup Semafor. Some questions arise:

Should those publications give the money back, considering where it came from? Are they obligated to? Should the amount of the investments be disclosed in an effort to be fully transparent?

There are more questions than answers at this point. Yet it seems that Sam Bankman-Fried shouldn’t be taking those questions from Andrew Ross Sorkin at a New York Times book forum or from ABC’s George Stephanopoulos, but instead from the FBI and the Securities and Exchange Commission back here in the United States.

A massive financial collapse just occurred. But one might never know it from watching these interviews, which seem to portray SBF as a casualty instead of potentially the cause.

Joe Concha is a media and politics columnist.