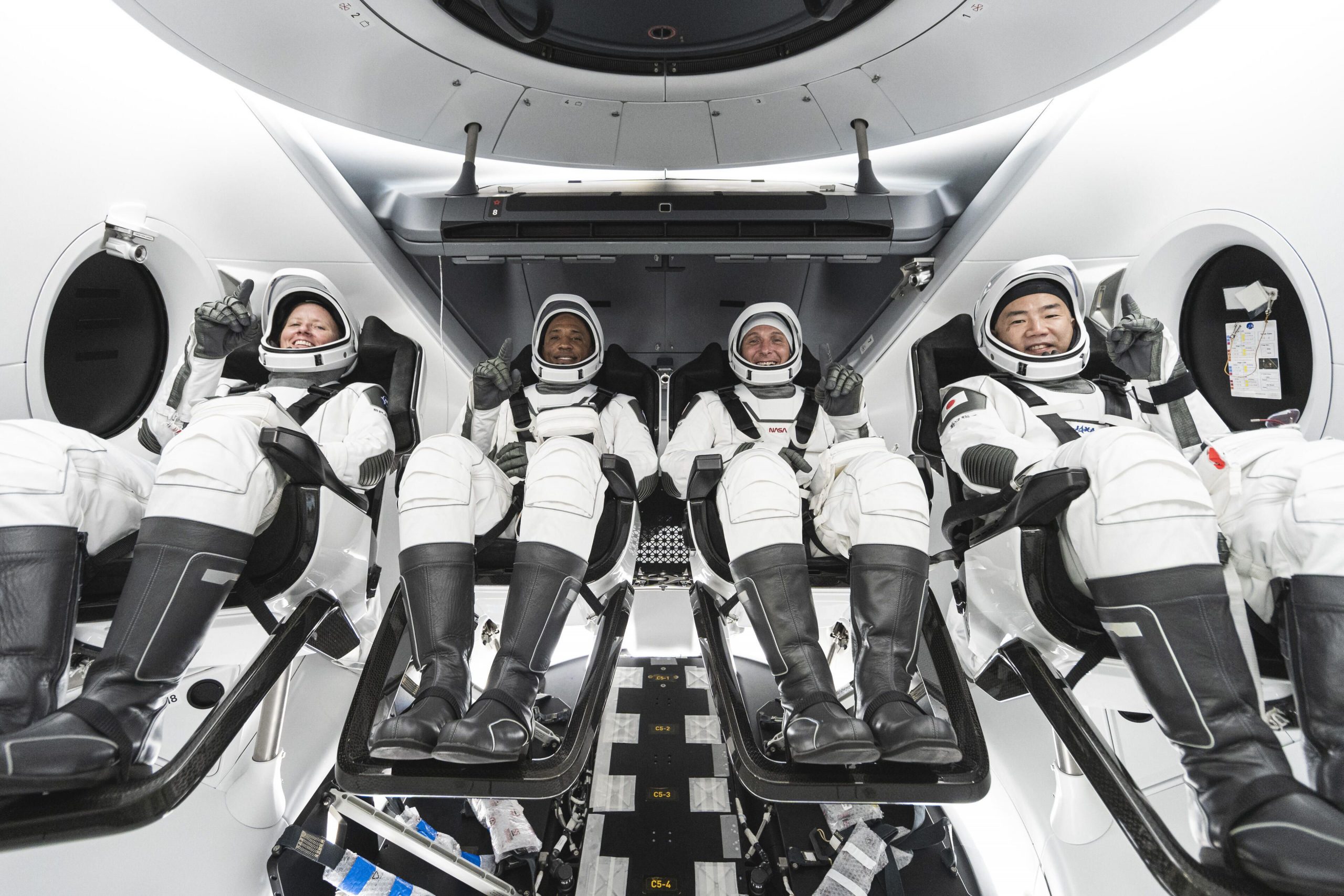 Despite a global pandemic, a record hurricane season and the need to swap out problematic rocket engines, NASA and SpaceX remain determined to get the historic Crew-1 mission off the ground from Florida on Sunday. The flight of four astronauts to the ISS in a Crew Dragon capsule atop a Falcon 9 rocket follows the success of the Demo-2 mission and its historic splashdown and will set a few key spaceflight milestones.

Here are the answers to your most pressing questions about the mission.

Wait, what was that about the engines?

The targeted launch date for Crew-1 was pushed back from late October after NASA and SpaceX noticed some unexpected behavior from a few Falcon 9 engines that were set to be used for an unrelated mission to launch a military GPS satellite. That mission was scrubbed with just two seconds left on the countdown and an investigation later revealed a stray bit of lacquer had clogged a tiny relief valve line. The clog caused two of the rocket’s engines to try and fire early, potentially damaging the engines had liftoff not been automatically aborted.

SpaceX found that engines in the rocket to be used for Crew-1 had the “same tendencies.” Launch date was moved to November, the engines were swapped out and now NASA and SpaceX are both satisfied that it’s go time.

Crew-1 is part of the culmination of NASA’s Commercial Crew program that’s been years in the works. For decades, NASA has typically developed its own rockets and spacecraft internally with the help of contractors, but the Commercial Crew program works more like chartering a flight. Companies like SpaceX and Boeing have vehicles designed to be used by other customers, and NASA can hitch a ride on them.

It’s also a huge step in bringing spaceflight back to US soil. From the end of the Space Shuttle program in 2011 up until the Demo-2 mission that sent two NASA astronauts to the ISS aboard a Crew Dragon earlier this year, NASA has relied on Russian Soyuz spacecraft to shuttle its astronauts to orbit.

SpaceX set to to take its first astronauts into space

Demo-2 was considered a successful demonstration of Crew Dragon and NASA looks at Crew-1 as the first official crew rotation mission from US shores since the retirement of the Shuttle.

“It’s exciting, especially with Crew-1 being the first time we’ve ever put four people on a space capsule ever, as humans, like that’s pretty cool,” explained NASA’s Anthony Vareha, the lead flight director for the mission. “It’s also the longest mission of a crewed US capsule ever.”

Who is flying in the Crew Dragon?

Up until now, three people in a Soyuz capsule amounted to a cramped ride, but Crew Dragon can accommodate up to seven (for comparison, the Space Shuttle flew crews of up to eight), making the trip for these four spacefarers seem relatively spacious.

How long is the trip?

The members of Crew-1 are embarking on a six-month science mission, which is exciting for people involved in the orbital and space science world because four crew members making the trip amounts to more hands available on the station to do more experiments in microgravity.

“It’s going to be exciting to be able to see how much work we can get done while we’re there,” Hopkins said Monday.

But first, of course, the astronauts will have to get there. The actual trip to the ISS takes just about eight-and-a-half hours from launch Saturday evening to docking with the station early Sunday morning.

How do I watch?

Right here. NASA and SpaceX will stream the launch, currently set for Sunday, Nov. 15 at 4:27 p.m. PT (after being delayed from Saturday, due to weather) from Launch Complex 39A at the Kennedy Space Center.

NASA TV will broadcast the launch and the docking, and we’re also carrying a livestream, which you can catch below.

After flying about 112 hours from Earth, an engine on the probe ignited when it was 400 km away from the surface of the moon at 8:58 p.m. and shut down after about 17 minutes, the CNSA said.

The probe performed the braking without incident and entered the lunar orbit successfully, according to the real-time monitoring data.

Chang’e-5, comprising an orbiter, a lander, an ascender, and a returner, has carried out two orbital corrections during the Earth-Moon transfer, achieving its expected goals.

Afterward, it will adjust the altitude and inclination of its orbit around the moon. When the time is appropriate, the lander-ascender combination will separate from the orbiter-returner combination, implement a soft landing on the near side of the moon, and carry out automatic sampling as planned. 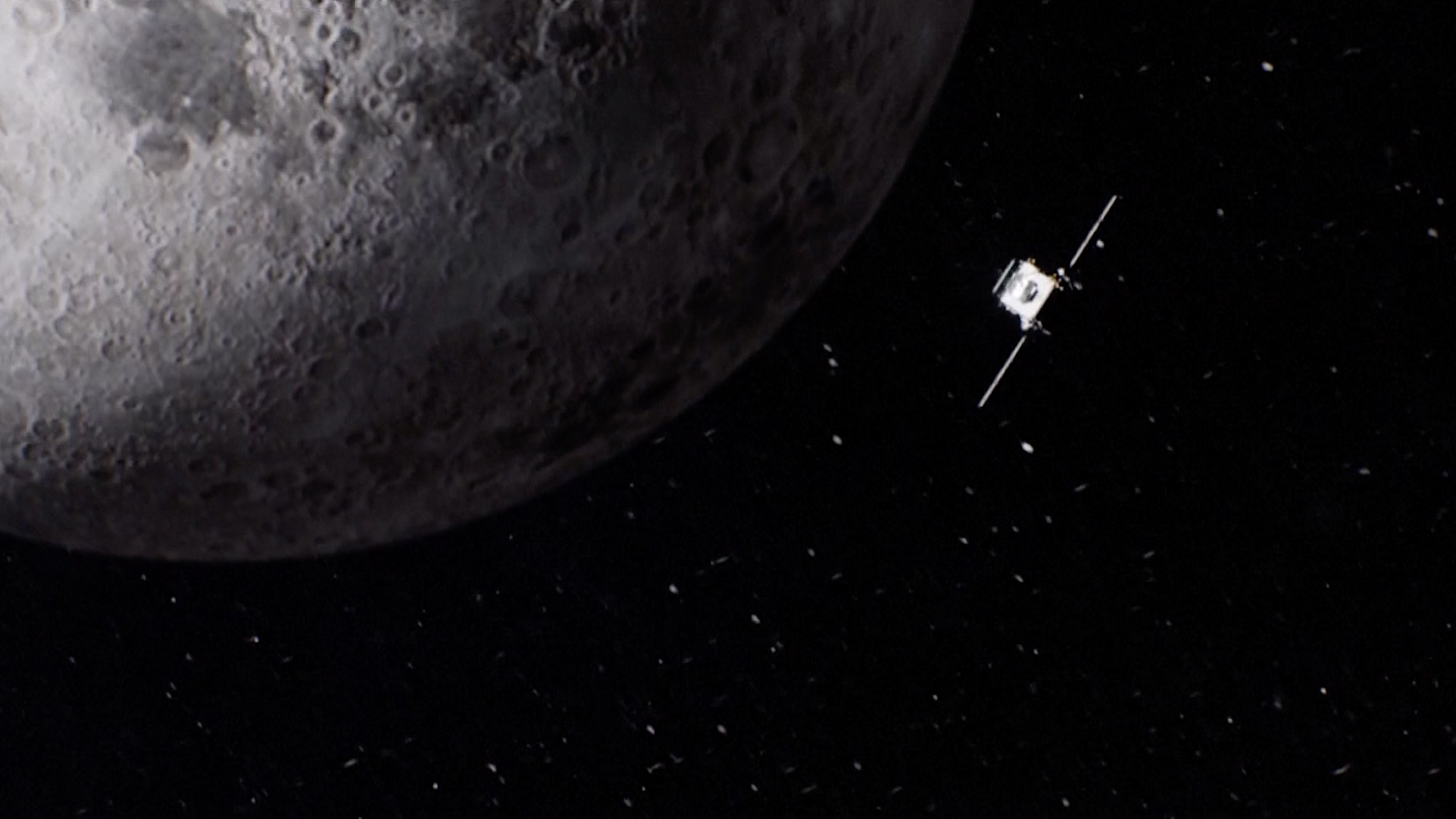 The probe performed the braking at perilune without incident and entered the lunar orbit successfully, according to real-time monitoring data. Braking at perilune is a critical maneuver, as the probe, traveling at a high speed, needs to carry out braking to lower its relative velocity, to enable it to be captured by lunar gravity.

TORONTO —
When many Canadians think of how they can help lower greenhouse gas emissions, they often look for ways to reduce their own carbon footprint by flying less frequently or driving an electric vehicle, for example.

However, as laudable as those actions may be, climate activists say there are more effective ways for people to become involved and make a difference.

Alex Speers-Roesch, a climate campaigner with Greenpeace Canada, explained that the phrase “carbon footprint,” which is the measure of the total greenhouse gas emissions directly or indirectly caused by an individual, organization, event, or product, was actually popularized by the multinational oil and gas company BP in the early 2000s in an attempt to put the burden of change on to the individual.

“It’s good for people to think about the emissions associated with the things that they consume, but there’s a tendency sometimes in the way that carbon footprints are talked about and promoted that tries to put the onus on individuals and consumers for those emissions in a way that can be unfair,” he told CTVNews.ca during a telephone interview in late November.

Lauren Latour, a climate ambition co-ordinator for Climate Action Network Canada, cited a study from a few years ago that showed that just 100 companies were responsible for 70 per cent of the world’s greenhouse gas emissions since 1988.

She also referenced another recent study that claimed frequent-flying “super emitters,” consisting of just 1 per cent of the population, were responsible for half of the world’s aviation carbon emissions in 2018.

“The average Canadian is very much not responsible for the lion’s share of harmful climate change effects,” Latour said during an interview with CTVNews.ca in late November.

So while both Latour and Speers-Roesch said Canadians should be mindful of the greenhouse gas emissions associated with the goods and services they consume and how their individual choices affect the environment, they said there are other, more impactful, ways for them to address the climate emergency.

“It’s not going to be the individual actions of consumers that are going to address the climate crisis, what we really need is collective action from all of us working together to produce systemic change,” Speers-Roesch said.

Canadians interested in doing their part to reduce global greenhouse gas emissions can start by seeking out more information about the topic from environmental organizations dedicated to the cause, Speers-Roesch suggested.

He said there are many climate change groups operating in Canada, such as Greenpeace Canada, 350 Canada, Environmental Defence, and Climate Action Network Canada.

“Find a group like that, sign up for the email list, see if you can get involved,” he said. “Once you start looking, though, you start to see, ‘Oh there are opportunities everywhere.’”

Speers-Roesch said Canadians can also seek out climate change events happening in their area. For example, if there is a protest nearby, he suggested going to see what it’s about and to meet other attendees.

“As you connect with others and get more involved and get more engaged, you’ll probably have more ideas,” he said. “Before you know it, you’ll have lots of stuff to keep you busy on climate change.”

Latour acknowledged that getting involved in politics can be a “scary” thing for a lot of people, but that it doesn’t have to be and there are many opportunities to become engaged by joining community-led initiatives.

She said Canadians can join local organizations that work to influence government policy on the municipal level.

“For instance, a city is able to switch its bus fleet over from fuel combustion buses to low emissions, or hybrid or electric buses, or an electric light rail system,” she said.

Latour said Canadians can also volunteer for a mutual aid effort that is dedicated to building resiliency in their town or region. For example, she cited the groups that stepped up to help mitigate the effects of flooding in the Ottawa area over the past few years.

“In a lot of places, we see municipalities and we see smaller communities really leading the way on climate change and on climate policy,” she said.

Speers-Roesch, too, said political activism is one of the most important things Canadians can do to become involved in the fight against climate change.

“The majority of the emissions are due to industry and are a result of government policy decisions so that’s really the most important and impactful place that people can focus their energies,” he said.

The Greenpeace campaigner said that Canadians should learn about their local politicians’ environmental platforms and encourage them to act.

“Call your MP, call your MPP, or city councillor,” he said. “Let them know you want them to do more on climate change.”

Finally, Speers-Roesch said Canadians can still do their part by incorporating climate change issues and pushing the conversation forward in their daily lives.

“Think about how you can bring climate activism into your existing life,” he said. “It doesn’t always necessarily have to be finding another group and joining them.”

As an example, Speers-Roesch said someone who is already part of a book club that meets on a weekly basis could suggest a book for them to read on climate change.

He said they could also organize an event within an organization they’re already involved in, such as their workplace, school, sports team, church, or temple, to raise more awareness.

“Look for a little thing that you can do each week to sort of make your voice heard and get activated and engaged on climate change,” Speers-Roesch advised. “Climate change is something that we really need to sort of infuse into every aspect of our lives and our work and everything that we do.”