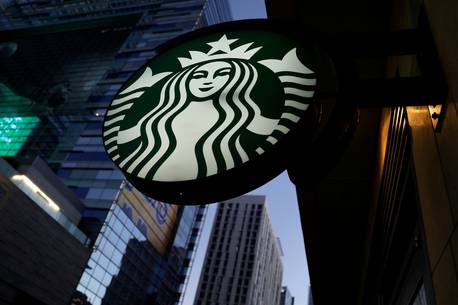 Moscow, Russia- Starbucks has announced it’s pulling out of Russia which will lead to the closure of its 130 stores across the country.

However, the US coffee shop chain said it would continue to pay its 2 000 Russian workers for six months and help them to transition to new opportunities outside of Starbucks.

In a letter to employees on March 8, Kevin Johnson, then-chief executive of Starbucks, said the company was suspending all business activity in Russia, including shipment of all Starbucks products.

Starbucks opened its first store in Russia in 2007 in a shopping mall north of Moscow, two years after it won a legal dispute over the use of its name by an unlicensed local operator.

The company’s announcement comes a week after McDonald’s said it had agreed a deal to sell its 850-restaurant Russian business to a local franchisee, allowing it to exit the country.

Meanwhile, according to the Izvestia newspaper, a new name has been developed for the McDonald’s restaurant chain in Russia and will be announced soon.

In addition, Izvestia said the Latin letters Mc will be used as a sign for the restaurant chain, while M will remain branded. The menu in the restaurants will not change conceptually, and the names of the dishes will stay as close as possible to the classic McDonald’s menu.

However, McDonald’s General Director in Russia, Oleg Paroyev has told TASS News Agency that the worldwide logo, the golden arches of the letter M on a red background will be removed from the rebranded restaurants.

“The yellow M will not be kept in the restaurant design, that’s 100 percent. The name Mc is not even considered. Retaining the yellow M is not considered as it clearly indicates an affiliation with McDonald’s. The new enterprise cannot operate under the old brand,” said Paroyev.

Tesla is reportedly going to shut down production at Gigafactory Berlin in order to upgrade the factory and add a shift to achieve higher production capacity.

The top priority at Tesla is to ramp up production to catch up with customer demand.

The automaker is doing that at all its factories, but the ramps are more significant at Gigafactory Berlin and Gigafactory Texas, which only recently started production.

Giga Berlin appeared to be doing relatively well thanks to utilizing the 2170 cells, which enables a battery infrastructure that Tesla is used to, and it achieved a production rate of 1,000 Model vehicles per week in June.

Giga Texas appeared to be falling behind since it had difficulties ramping up production of the 4680 battery cell and structural battery pack, but we reported that last week that the factory ramped up production significantly with Tesla starting to build Model Y Long Range with 2170 cells at the plant.

Now Tesla is looking for Gigafactory Berlin to catch up, and it will reportedly shut down the factory for about two weeks in order to upgrade it.

According to BILD information, Tesla therefore wants to interrupt operations for two weeks starting next Monday. It is unclear how many of the 4,500 employees will be sent on vacation and how many technicians will remain to convert production.

The publication also says that the automaker will add a third shift and start producing electric motors at the factory instead of importing them from Gigafactory Shanghai:

According to employees, after the break in production, work should be carried out in three instead of two shifts. In addition, Tesla could then start manufacturing the drive in a neighboring hall.

While the upgrade could help, Gigafactory Berlin’s biggest bottleneck is reportedly its workforce.

Over the last few months, there have been many reports of Tesla having issues hiring and retaining employees. Some of them suggested that salaries have been a particular issue and the local union, IG Metall, was starting to get involved. But Tesla did increase salaries by 6% for many employees in order to address the concern.

It will require a significant hiring effort for Tesla to add a third shift at the plant after the factory restart later this month. 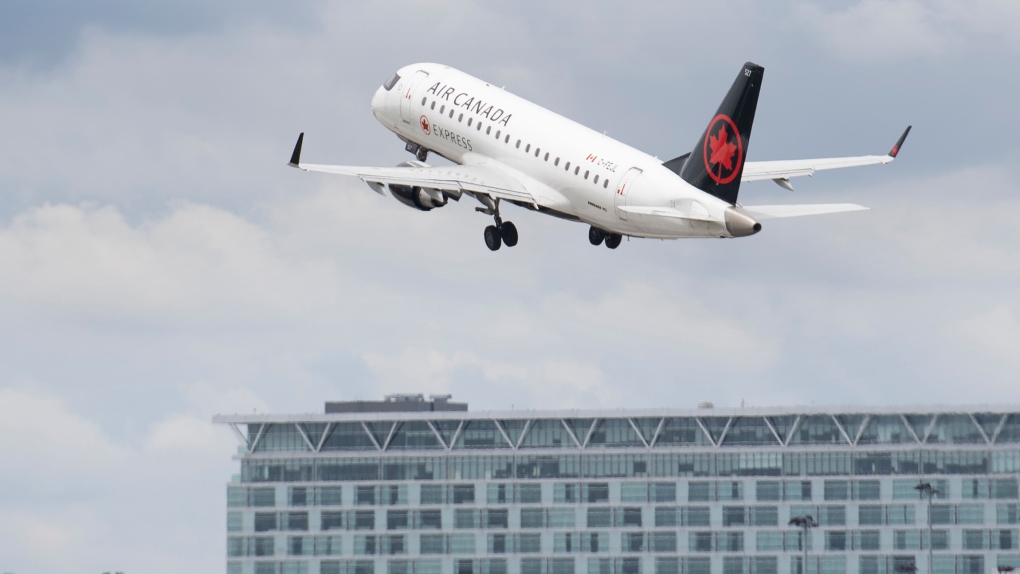 Canadian airlines and airports claimed top spots in flight delays over the July long weekend, notching more than nearly any other around the world.

Air Canada ranked No. 1 in delays on Saturday and Sunday that affected 700-plus trips in total, or about two-thirds of its flights, according to tracking service FlightAware. It was more than 14 percentage points above the three carriers tied for second place.

Jazz Aviation – a Halifax-based company that provides regional service for Air Canada – and the lower-cost Air Canada Rouge both saw 53 per cent of flights delayed, putting them in the No. 2 spot alongside Greek regional airline Olympic Air.

On Saturday, WestJet and budget subsidiary Swoop placed third and fourth at 55 per cent.

On the airport front, Toronto’s Pearson claimed the No. 2 spot Sunday after 53 per cent of departures were held up, below only Guangzhou’s main airport in China. Pearson beat out Charles de Gaulle airport in Paris and Frankfurt Airport in Germany.

Montreal’s airport placed sixth Sunday at 43 per cent of takeoffs delayed, on par with London’s Heathrow, according to FlightAware figures.

Air Canada said last week it will cut more than 15 per cent of its summer schedule, nearly 10,000 flights in July and August, as the country’s aviation network sags under an overwhelming travel resurgence.

Bookended by statutory holidays in Canada and the U.S., the weekend saw scenes of long lines and luggage labyrinths flood social media as airports across the globe grappled with the start of peak travel season following two years of pent-up demand.

Passenger flow at Canadian airports is already at 2019 levels during peak times, though closer to 80 per cent of pre-pandemic volumes overall, experts say.

“This is going to be with us all summer,” said Helane Becker, an airline analyst for investment firm Cowen.

“Almost every airline encouraged people to retire early or take leaves. And those people that retired early maybe don’t want to come back to work,” she saidof airline employees.

“It’s hard to rebuild off those lows.”

Some pilots have not yet had their licences renewed, while positions with groundcrews and baggage handling remain unfilled – or quickly vacated – due to low wages and stressful work conditions, unions say.

Government agencies have been on a hiring spree for airport security and customs, with 900-plus new security screeners in place since April – though not all have clearance to work the scanners – according to the federal Transport Department.

“The airlines also used the pandemic to eliminate aircraft types from their fleet, and to ground and retire their oldest aircraft. It’s hard to bring these aircraft back once you park them without doing a lot of maintenance,” Becker added.

“As demand continues to surge, we’re basically looking at an inability for the airlines to easily accommodate it. And I think that’s true worldwide.”

This report by The Canadian Press was first published July 4, 2022 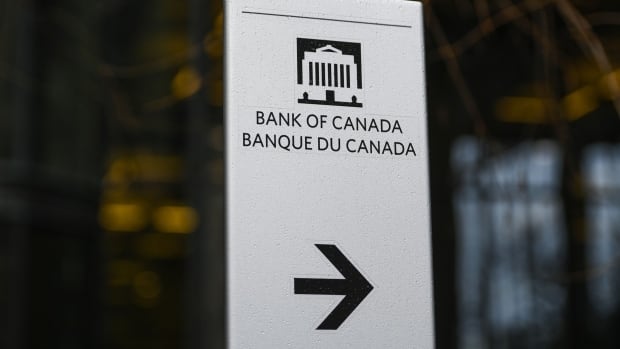 Canadian businesses and consumers think the current era of high inflation will persist for longer than they’d previously hoped, according to two surveys from the Bank of Canada released Monday.

The two reports — known as the Business Outlook Survey and the Canadian Survey of Consumer Expectations — are the result of the central bank’s quarterly polling of Canadian businesses and consumers for their outlook on what’s happening on the ground in Canada’s economy.

While the findings differed in a few ways, the dominant theme of both was inflation and the impact it is having on buying and selling, hiring and firing.

The main takeaway from the business survey was that most businesses are seeing higher sales than they were seeing earlier in the pandemic, as economic activity is returning to some sort of normal. But demand continues to outstrip supply across almost all types of businesses, which is both a factor of and a contributor to the high inflation currently plaguing the economy.

Nearly two-thirds of businesses told the central bank they are seeing labour shortages. Nearly half — 43 per cent — say they are experiencing bottlenecks in their supply chains, and they’re taking longer to resolve than previously anticipated.

“Consumers clearly took notice of the recent [consumer price index] releases and the high prices for food and gasoline,” CIBC economists Andrew Grantham and Karyne Charbonneau said of the data. “Uncertainty around the evolution of inflation has increased.”

On the employment front, on average, business owners expect their labour costs to increase by 5.8 per cent this year.

That’s significantly higher than the two per cent wage increases that consumers told the bank they were expecting.

“Workers do not anticipate their wage gains will keep up with inflation,” the bank said, adding that those in the private sector think their wages will increase this year by more than those in the public sector will.

Economist Leslie Preston with TD Bank said the survey shows just how big a concern inflation is in the minds of ordinary consumers.

“This survey suggests consumer spending in real terms is likely to slow in the coming months as wages can’t keep up with inflation, and households are already being forced to economize,” she said, adding that expectations of high inflation to come “is a source of concern for low-income consumers in particular, who are adjusting to high inflation by cutting spending, postponing major purchases, looking for discounts more often, and buying more affordable items.”