Looking at oil and gas stocks this year? Think small and Canadian, at least according to the world’s leading energy fund manager.

“Canada is, I think, the place to be in 2022,” said Eric Nuttall of Toronto’s Ninepoint Partners LP. His $950 million (US$752 million) Ninepoint Energy Fund was Morningstar’s top-performing energy-focused fund in 2021, posting a 189 per cent total return that blew away the S&P/TSX Composite Index’s 22 per cent. The second-best performer, Canoe Energy Portfolio Class, is another Canadian energy-focused fund and posted a total return of 101 per cent last year.

Nutall was helped by the overall surge in energy stocks, the best sector in the S&P 500 Index and S&P/TSX last year, and the more than 50 per cent rebound in oil prices as economies reopened and the pandemic receded. The performance comes after a string of difficult — he calls them “soul sucking” — years investing in the oil and gas business.

“I just thought I had to make it to the other side, then I’d be the last man standing,” he said. 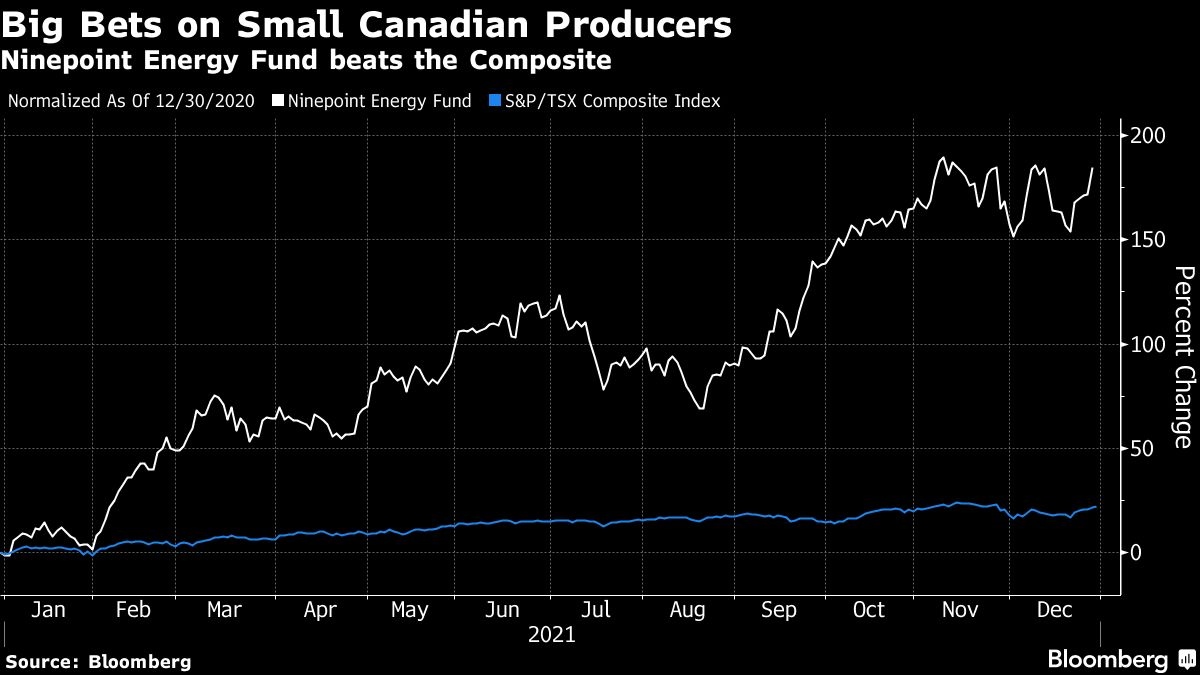 Energy investors in 2021 benefitted from what Nuttall called a “disproportionate” increase in smaller-cap Canadian energy companies like Baytex Energy Corp. and Cardinal Energy Ltd., both of which rose over 420 per cent last year. But the fund’s most prescient trade was buying 53 million shares of beleaguered oil sands producer Athabasca Oil Corp. from Norway’s state oil company Equinor ASA in January 2021.

At the time, Athabasca had US$450 million of debt maturing in February 2022. Its total market value was less than US$80 million. But as oil prices rose and Athabasca’s cash flow improved, the company refinanced its debt, pushing almost US$90 million in maturities out to October 2023 and an additional US$350 million to 2026. The stock gained 600 per cent last year.

Equinor spokesperson Ola Morten Aanestad described the divestment as a “financial investment,” adding that the fund has exited the oil sands industry but remains active in Canada’s offshore oil and gas production.

Athabasca chief financial officer Matt Taylor said in an email that the company’s balance sheet refinancing was a catalyst for the shares. “The stock’s performance and trading volume (in 2021) is reflecting this optimism and we have attracted a number of new investors like Ninepoint.”

Meanwhile, Nuttall is searching for similar deals to boost his returns for this year. But he acknowledges it will be difficult to come up with another Athabasca.

“That one was special,” he said.

Despite breaking out in 2021, Canadian oil and gas companies trade at lower valuations, an average of 16.11 times their earnings, than their U.S. peers, trading at 21.49, according to data compiled by Bloomberg.

Nuttall said the country’s producers can “force a re-rating” by using free cash flows from higher commodity prices to aggressively buy back shares and boost dividends. That would get the attention of fund managers who have exited the oil and gas industry due to concerns related to ESG investing strategies.

“The commonality of all fund managers is you can be fired by the click of a mouse button in three nano seconds,” said Nuttall, adding that the industry’s returns should leave investors with the fear of missing out. “That FOMO, that performance anxiety, is going to lead to the generalists coming back to the space.”

Nuttall is bullish on crude in 2022 but sees a few potential risks to oil prices. He’s particularly concerned about the potential for a new “vaccine resistant” coronavirus variant that hurts oil demand, and the possibility of larger than expected increases in supply from either U.S. shale oil producers or Iran, if sanctions lift.

The West Texas Intermediate oil price benchmark is currently trading at US$77.69 per barrel on a spot basis, and futures contracts are trading above US$70 per barrel through Jan. 2023.

“If you don’t get the call on the commodity correct, then you’re doomed,” he said, adding that bad calls on commodity prices can sink otherwise smart investments in geographies, sub sectors, resource types or alternatives. 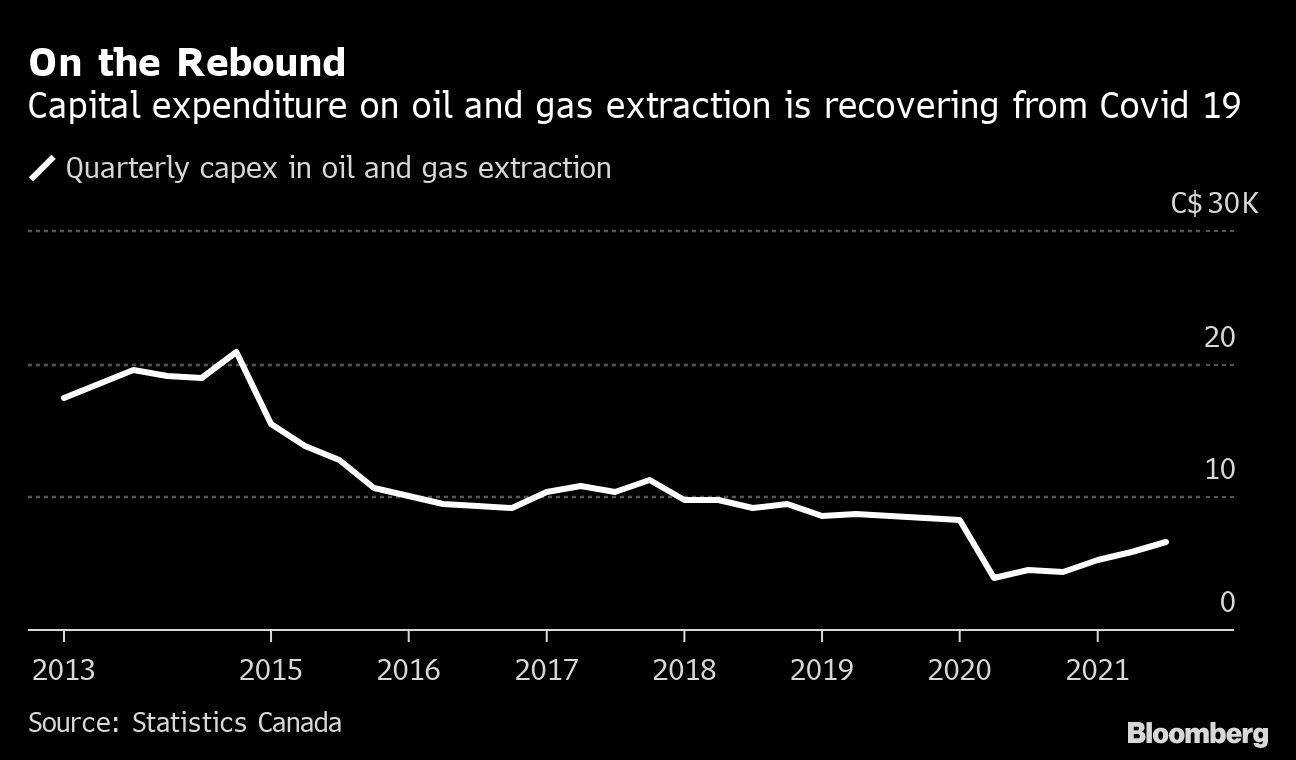 Welcome to Kitco News’ 2022 outlook series. The new year will be filled with uncertainty as the Federal Reserve looks to pivot and tighten its monetary policies. At the same time, the inflation threat continues to grow, which means real rates will remain in low to negative territory. Stay tuned to Kitco News to learn from the experts on how to navigate turbulent financial markets in 2022.

(Kitco News) – Gold and silver futures prices are trading weaker in early U.S. action Friday, on routine downside corrections after recent good gains that pushed prices to two-month highs this week. The bulls remain in firm near-term technical control. February gold futures were last down $4.70 at $1,837.90 and March Comex silver was last down $0.226 at $24.485 an ounce.

Global stock markets were mostly lower overnight. U.S. stock indexes are pointed toward weaker openings when the New York day session begins. Risk appetite has receded this week and that’s been bullish for the safe-haven metals. Inflation fears that are growing have put pressure on paper assets recently—namely stocks and bonds. Technical damage has been inflicted in the S&P 500 and the Nasdaq stock indexes that suggests those markets have put in at least near-term tops. Geopolitics are also in play early this year as the U.S. and Russia are in a stare-down over Russia’s aggression ambitions against Ukraine.

Crypto currencies are also feeling the heat this week, with Bitcoin hitting its lowest level since August.

The key outside markets today see crude oil prices down and trading around $84.00 a barrel. The U.S. dollar index is a bit weaker early today. The U.S. Treasury 10-year note yield is presently fetching 1.792%.

Technically, the February gold futures bulls have the firm overall near-term technical advantage amid a five-week-old price uptrend in place on the daily bar chart. Bulls’ next upside price objective is to produce a close in February futures above solid resistance at the November high of $1,881.90. Bears’ next near-term downside price objective is pushing futures prices below solid technical support at $1,800.00. First resistance is seen at the overnight high of $1,843.10 and then at this week’s high of $1,848.50. First support is seen at the overnight low of $1,828.40 and then at $1,820.00. Wyckoff’s Market Rating: 7.0

March silver futures bulls have the firm overall near-term technical advantage. Prices are in a five-week-old uptrend on the daily bar chart. Silver bulls’ next upside price objective is closing prices above solid technical resistance at the November high of $25.54 an ounce. The next downside price objective for the bears is closing prices below solid support at $23.00. First resistance is seen at this week’s high of $24.755 and then at $25.00. Next support is seen at Thursday’s low of $24.125 and then at $24.00. Wyckoff’s Market Rating: 6.5.