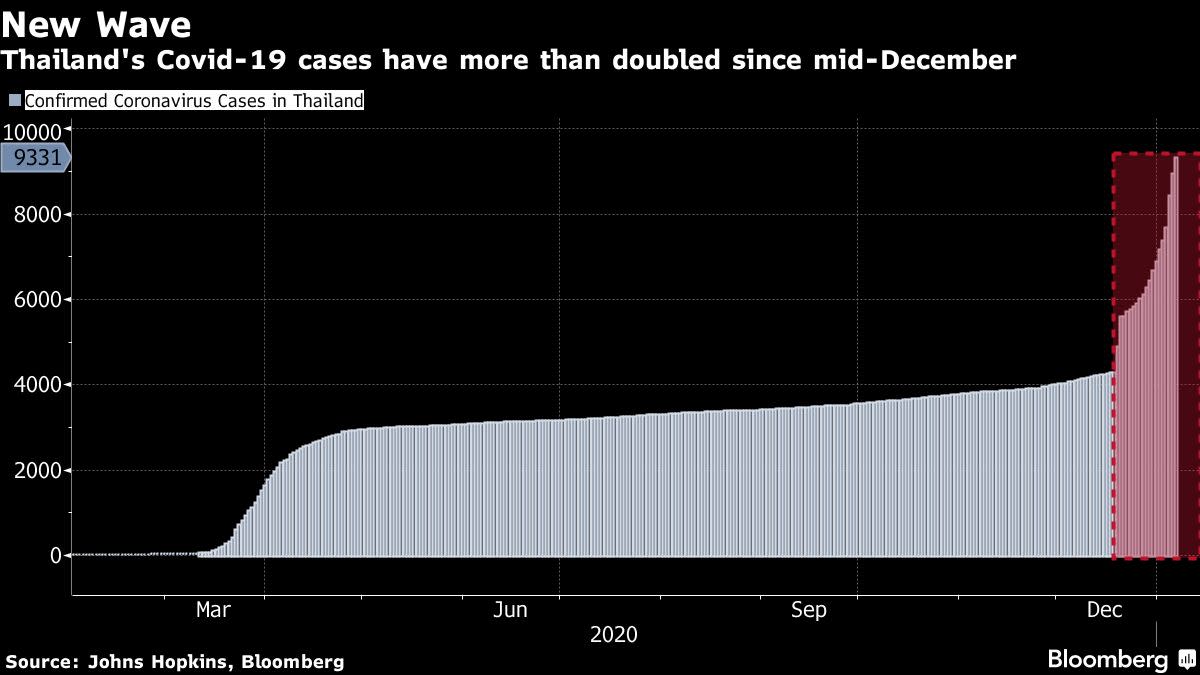 Biden’s first 100 days: What to expect on Covid-19, the economy and immigration – FRANCE 24 English

US President-elect Joe Biden is set to issue a flurry of executive orders following his inauguration at noon on Wednesday as well as legislation that will quickly begin working its way through Congress on pandemic relief, immigration and much more.

Biden, 78, has vowed to hit the ground running as he aims to tackle a worsening Covid-19 crisis, revive a pandemic-stricken economy and reverse many of his predecessor’s more controversial policies.

A top priority for the 46th US president will be securing congressional approval for his $1.9 trillion stimulus plan to revive the economy and administer 100 million vaccines by his 100th day in office.

Biden has promised on Day One to extend a pause on evictions and foreclosures, as well as federal student loan payments; move to have the US rejoin the World Health Organization and Paris climate accord; overturn a travel ban on those from several Muslim-majority countries; order agencies to begin reuniting families separated at the border; and mandate mask-wearing on federal property.

According to a memo released by incoming chief of staff Ron Klain, the new president will also take quick action on what the Biden administration sees as the four main challenges the United States is facing. “We face four overlapping and compounding crises: the Covid-19 crisis, the resulting economic crisis, the climate crisis, and a racial equity crisis,” Klain wrote.

“In his first ten days in office, President-elect Biden will take decisive action to address these four crises, prevent other urgent and irreversible harms, and restore America’s place in the world,” Klain added.

Here’s what to expect from his first 100 days at the White House.

Biden has described America’s Covid-19 vaccine rollout as “a dismal failure thus far” and vowed to “move heaven and earth to get more people vaccinated”. He has set his administration a goal of 100 million shots by the end of his first 100 days as president.

Biden has pledged to have 100 vaccination centres supported by federal emergency management personnel up and running during his first month in the White House. He will also ask Americans to commit to 100 days of mask-wearing from his first day on the job.

The incoming president has said he will use the Defense Production Act to increase vaccine supplies and ensure the pandemic is under control for most public schools to reopen nationwide by his 100th day in office.

‘Our plan is as clear as it is bold: get more people vaccinated for free’

The Democrat’s $1.9 trillion stimulus proposal involves providing $1,400 direct payments to Americans to prop up the virus-hammered economy. Touting his plan, Biden said “the return on these investment in jobs, racial equity will prevent long-term economic damage, and the benefits will far surpass the cost”.

Biden has also pledged to wipe out corporate tax cuts where possible, while doubling the levies US firms pay on foreign profits. Another flagship policy includes hiking the hourly minimum wage to $15, double the current amount.

Other Day One pledges include moving to rejoin the World Health Organization and the Paris climate accord, which Trump withdrew from. Biden is also expected to begin the process of rejoining a landmark international agreement designed to curtail Iran’s nuclear programme.

US presidential transition: How will Biden change America’s foreign policy?

Biden has announced executive action on his first day in office to formulate a plan to achieve 100% clean energy economy and net-zero emissions by 2050. He will also enact an executive order “to conserve 30% of America’s lands and waters by 2030” in line with other “30% by 2030” pledges made by 50 countries at a One Planet Summit in Paris earlier this month.

Biden is also expected to reverse President Donald Trump’s rollback of some 100 public health and environmental rules that the Obama administration instituted.

Biden’s busy Day One schedule includes the creation of task forces on homelessness and reuniting immigrant parents with children separated at the US-Mexico border. The incoming president has pledged to provide a pathway to citizenship for 11 million immigrants who came to the US illegally as children. He has also vowed to overturn the Trump administration’s travel ban on those from several majority-Muslim countries.

Biden has vowed to repeal a transgender military ban enacted by his predecessor and restore Obama-era guidance for transgender students in schools, saying this will protect “students’ access to sports, bathrooms, and locker rooms in accordance with their gender identity”.

He has also pledged to create a police oversight commission to combat institutional racism by the end of his first 100 days.

The Back Rent Problem Won’t Hurt The Economy – Forbes 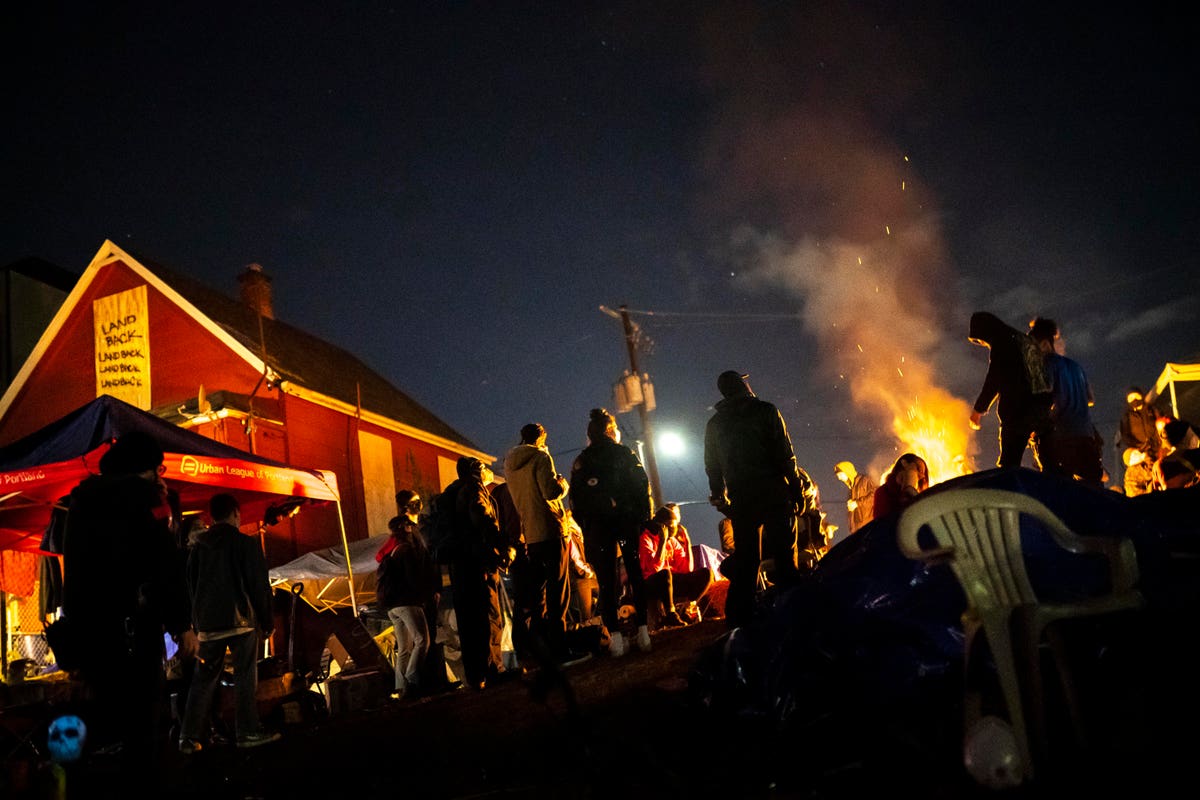 Ten million renters are behind on their payments, according to the Census Bureau’s Housing Pulse Survey. The total back rent owed could be $70 billion, though nobody has a precise figure. John Kilpatrick has a good summary of the bank rent problem, presenting a variety of estimates. Renter assistance was included in the December 2020 stimulus bill to the extent of $25 billion, with another $30 billion proposed by President-elect Biden.

Over ten percent of apartment renters failed to pay rent in December 2020, which sounds bad. But the prior December, before the pandemic and during a great job market, nearly eight percent didn’t pay rent. What’s different this time around: Bans on eviction have enabled people to continually not pay rent without having to move out. The arrears grow and grow.

For perspective, remember that the U.S. economy totals $21 trillion of GDP. If back rent totals $70 billion, that’s about one-third of one percent. So the back rent problem is only a little larger than a rounding error for the entire economy.

Small problems can sometimes snowball into big problems. The landlords who are not receiving rent have their own bills to pay, which frequently include mortgages and always include property taxes and maintenance. Property owners with much more debt than equity may default on their mortgages. The mortgage holder, which could be a bank, insurance company or an investment fund, might have insufficient equity to survive the loss of regular payments. That would be unusual, however. Banks and insurance companies are generally well enough capitalized that they would survive, and investment funds often have no debt themselves. So the lack of rent is unlikely to trigger many failures in the capital markets. That’s not to say that lenders won’t be damaged, just that a chain reaction of bankruptcies is unlikely.

The chain of finance illustrates, however, the economic costs of rent deferral. Real people are hurt by it. Some may be landlords directly, while others have real estate investments in IRAs or 401(k) accounts, sometimes without even knowing it. Nonetheless, these losses won’t be enough to hurt the overall economy.

Evictions will eventually resume. Some of the people—probably most of them—won’t have the means to make back payments. Some may offer to resume payments if the back rent is forgiven. Because that back rent is uncollectable, some landlords will go for it. Others will accept partial payment of the arrears if the current rent is paid on time. Still other landlords will want to rid their properties of those tenants.

The evictees will have difficulty finding new landlords. Many apartment owners believe that an empty unit is better than a deadbeat tenant. That’s why credit checks are common. Although tough standards by landlords could trigger some increase in homelessness, most people will be able to make do, either by paying high rent to a landlord willing to accept some credit risk, or by sharing an apartment with someone who has good credit.

Evictions will certainly trigger more problems, but again the magnitude will be small relative to the overall economy.

Germany risks severe economic consequences if it fails to contain the pandemic, according to one of the country’s leading economists.

“I believe we massively underestimate the economic risks of the second wave,” Marcel Fratzscher, president of the German Institute for Economic Research, or DIW, told journalists. “Many companies are over-indebted and have exhausted their reserves. I’m afraid we’re too optimistic about getting out of this crisis quickly.”

Fratzscher’s warnings sharply contrast with a report published earlier on Tuesday showing investors grew more confident in Germany’s outlook at the start of the year, betting that a nascent global recovery would bolster exports.

The German economy probably avoided a contraction in the fourth quarter, thanks in part to generous government support and a strong manufacturing sector that isn’t as directly affected by virus curbs that have hit restaurants and the travel sector.

Prospects for the first quarter are dire though. Chancellor Angela Merkel and state premiers are likely to extend already tough restrictions until at least mid-February and may impose yet more stringent contact rules as well as nighttime curfews and curbs on the number of people going to the office.

Even if the lockdown ended at the end of January as currently planned, output in the first quarter would shrink some 2%, Fratzscher said.

The country won’t see an “economic reboot” until the third quarter at the earliest, he added — contingent on completing vaccinations and reaching herd immunity.

“Politicians must be prepared for and make people aware that if the second wave can’t be contained, the consequences will be enormous,” Fratzscher said.

The economy contracted 5% in 2020, the most since the global financial crisis, and most forecasts indicate it will take until 2022 to recover the ground lost.

How the Maple Leafs spread the wealth of Hyman-Tavares-Marner line – Sportsnet.ca