US consumers’ confidence in the economy is tanking as the coronavirus strangles spending activity and closes business throughout the country.

Bloomberg’s Consumer Comfort gauge slipped 11 points in March as virus cases spiked in the US. The decline is the biggest since October 2008, when the economy sat mired in the financial crisis. The latest reading also follows a sharp jump in February that placed the confidence metric at its highest level in more than a year, Bloomberg reported.

A drop in consumer comfort threatens to suppress the economy’s biggest driver. Consumer spending accounts for two-thirds of economic activity, and the virus’ hit to demand will likely create revenue shocks across a wide range of sectors.

An early indicator hinted Thursday that the coronavirus hit may be worse than economists expected. US jobless claims spiked to a two-year high in the week ended March 14, soaring to 281,000 and surpassing economists’ 220,000 estimate. The latest data doesn’t yet account for the business closures and stay-at-home orders that are likely to drive additional claims.

The portion of respondents saying the economic situation is worsening jumped 13 percentage points to 34%. The figure stood at its lowest level since 2002 just one month ago, when the stock market peaked and the US remained fairly isolated from the coronavirus pandemic.

Since hitting its mid-February highs, the stock market tumbled into bearish territory at its fastest-ever pace amid virus fears and the oil-market conflict between Saudi Arabia and Russia. The S&P 500 sits roughly 28% off of its February 19 record high and at its lowest level since 2017.

The financial market turmoil and intensifying economic risks have prompted numerous banks to forecast a US recession arriving before the end of the year. Deutsche Bank, JPMorgan, Goldman Sachs, and Morgan Stanley all expect economic activity to plummet in the second quarter before recovering later in 2020.

Bank of America’s economists went a step further in a Thursday note, saying the US has already fallen into a recession that will last through the second quarter.

“Jobs will be lost, wealth will be destroyed and confidence depressed,” Michelle Meyer, the bank’s head of economics, said.

Echoes of the Great Depression? U.S. economy could post biggest contraction ever – MarketWatch

City Council has decided how it wants to allocate some of the money in an economic recovery fund set up in response to the pandemic.

The biggest share, $450,000, will go into the Beautification & Patio Grant for businesses across the city. The grants would cover half the cost, up to $15,000, of adding a patio or improving signage, facades, or landscaping.

Mayor Bill Given says the city wants to stimulate the economy by having owners re-invest in their businesses.

“This new program is essentially modelled after our very successful Downtown Incentive Program. (It) led to the redevelopment of a lot of the facades on downtown businesses was also a matching grant program and for every $1 the city invested in that program; we saw about $4 in actual economic activity happen. So, we saw this as a really great opportunity for those property owners who are interested and willing to partner with the city in upgrading their businesses and improving the general appearance of the community and that is something that puts tradespeople to work immediately.”

UK crashes into deepest recession of any major economy – CNN

This crash in GDP in the April-June period is the worst since quarterly records began in 1955 and follows a 2.2% contraction in the first quarter. Industries most exposed to government lockdown measures to contain the coronavirus pandemic — services, production and construction — saw record drops. 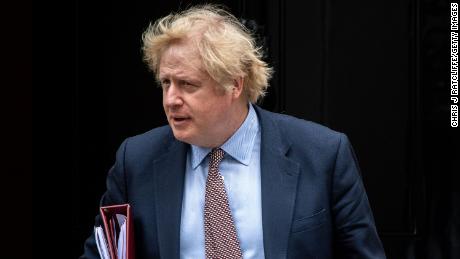 “Today’s figures confirm that hard times are here,” UK finance minister Rishi Sunak said in a statement. “Hundreds of thousands of people have already lost their jobs, and sadly in the coming months many more will. But while there are difficult choices to be made ahead, we will get through this, and I can assure people that nobody will be left without hope or opportunity.”
Compared with the end of 2019, UK economic output fell by a cumulative 22.1% in the first six months of 2020, a worse outcome than Germany, France and Italy, and double the 10.6% fall recorded in the United States, the Office for National Statistics said.
“The larger contraction primarily reflects how lockdown measures have been in place for a larger part of this period in the UK,” the ONS added.
Britain imposed a strict lockdown two weeks later than Italy, 10 days after Spain and a week after France, despite swelling coronavirus cases. That meant it took longer to get the spread of the virus under control, which prolonged the need for restrictions that kept many businesses closed.
For example, Italy allowed restaurants, cafes and hairdressers to reopen in the middle of May, whereas the United Kingdom waited until July 4 to do the same. 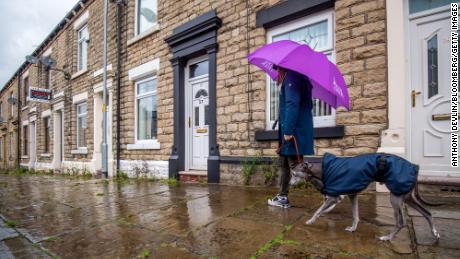 An easing of some lockdown restrictions in June, including the reopening of nonessential shops, delivered an immediate boost to the economy, with GDP increasing 8.7% on the previous month, according to the ONS.
The UK economy is heavily reliant on services and household spending, both of which posted record declines in the second quarter, as consumers who were holed up at home spent less money and saved more. In addition, millions of workers were furloughed and many have now been laid off.
The UK economy has shed 730,000 jobs since the coronavirus pandemic shuttered businesses in March, with the young, the old and the self-employed bearing the brunt of the unemployment crisis.
Kallum Pickering, a senior economist at Berenberg, said the GDP figures do not bode well for the rest of the year.
“Typically, recession data are subject to heavy revisions,” he said in a research note. “Nevertheless, taken at face value, the bigger-than-expected contraction suggests some downside risk to our call of a 9.5% contraction in full year 2020.”

LONDON —
The U.K. economy has officially fallen into a recession after official figures showed it contracting by a record 20.4 per cent in the second quarter as a result of lockdown measures put in place to counter the coronavirus pandemic.

The slump recorded by the Office for National Statistics follows a 2.2 per cent quarterly contraction in the first three months of the year. As such, the U.K. economy is in a recession — commonly defined as two quarters of negative growth.

Unlike other countries, Britain’s statistics agency provides monthly figures to accompany the quarterly numbers and these show some hope that the economy is healing in the wake of the easing of some lockdown restrictions. In June, when shops selling non-essential goods were allowed to reopen, the British economy grew by a monthly rate of 8.7 per cent.

“The economy began to bounce back in June with shops reopening, factories beginning to ramp up production and house-building continuing to recover,” said statistician Jonathan Athow.

Despite this, he said the economy remains a sixth below its level in February, before the virus started to impact.

The British government hopes that the further easing of the economy over recent months, such as the reopening of the hospitality sector in July, will allow the economy to claw back further ground.