Anyway, the team of DF Direct comprising of Alex Battaglia, John Linneman, and Rich Leadbetter go into a deep dive of the Unreal Engine 5-powered masterpiece “The Matrix Awakens”. If you don’t know what The Matrix Awakens is, it is a next-gen console exclusive — so PlayStation 5, and Xbox Series X/S consoles only — and has the very best real-time graphics… ever.

The Matrix Awakens was made with a team of just 20 to 30 people that were handling assets, while there were around 50 to 70 people total. In the end, there were around 200 people helping out in the Slack channel with marketing and other things to do with the experience, but it wasn’t a huge team nor did they have AAA game budgets to play with… what they did have were assets from the Matrix movies, and Epic Games’ Unreal Engine 5 technology. 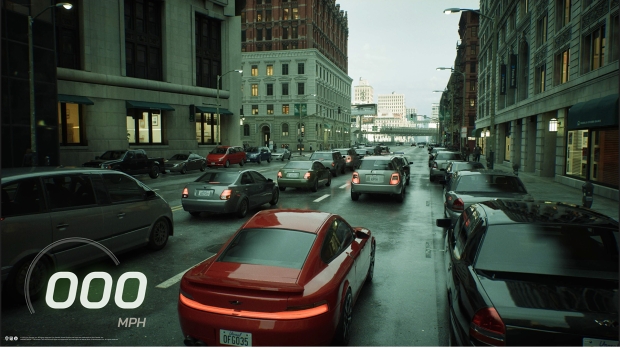 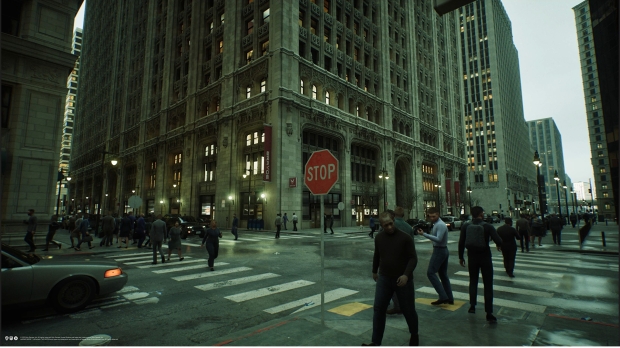 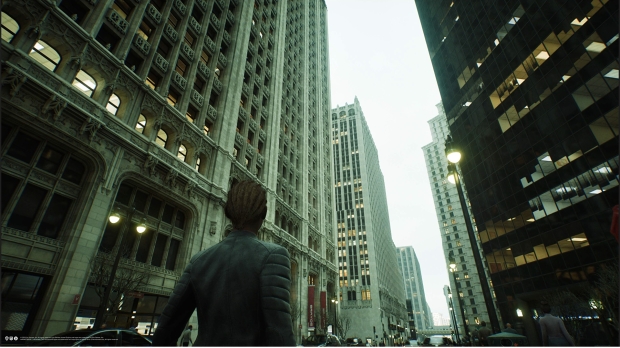 You can wake up in the “real-world” of The Matrix Awakens with Unreal Enginges and its following technologies: World Partition, Nanite, Lumen, Chaos, Houdini, Rule Processor, Mass Framework, Niagara, Metahuman, Metasounds, and TSR.

All of those photo-realistic graphics and real-time assets are powered incredibly with the next-gen consoles and Unreal Engine 5, with UE5’s impressive temporal super-resolution (TSR) technology used on The Matrix Awakens.

This saw the PS5 and Xbox Series X rendering at between 1404p and 1620p, with Eurogamer noting that both of the flagship next-gen consoles running The Matrix Awakens “looks suitably 4K in nature“. During the most intense actions sequences of the experience, “1080p or perhaps power seems to be ineffect, which pushes the TSR system hard“. 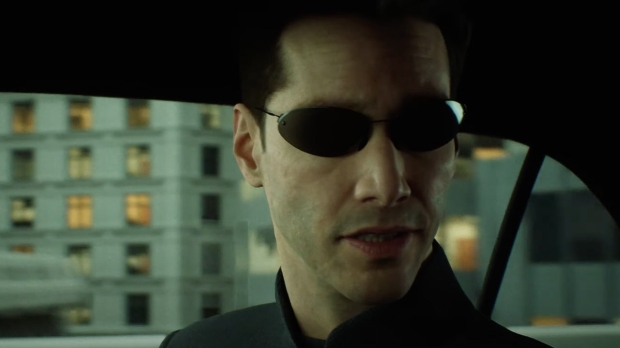 “At the entry-level, it’s incredible to see Xbox Series S deliver this at all but it does so fairly effectively, albeit with some very chunky artefacts. Here, the reconstruction target is 1080p, but 875p looks to be the max native rendering resolution with pixel counts significantly below 720p too. It should be stressed that TSR can be transformative though, adding significantly to overall image quality, to the point where Epic allows you to toggle it on and off in the engine showcase section of the demo. Series S does appear to be feature complete, but in addition to resolution cuts, feature reduction in detail and RT does seem to be in play“.

I agree with the final thoughts of the team at Eurogamer in that The Matrix Awakens is one of the very best examples of graphics technology, real-time rendering, and the enhanced powers of the next-gen consoles. It’s a pity it’s not available on the PC, but the next-gen consoles have super-fast PCIe 4.0-based SSDs in every single console.

On the PC, you’d need a super-fast PCIe 4.0-capable SSD and while you can buy them easily… not EVERYONE has them. The crazy next-gen world of The Matrix Awakens isn’t for the faint-hearted, and by faint hearted, I mean a beefy next-gen gaming PC or console. 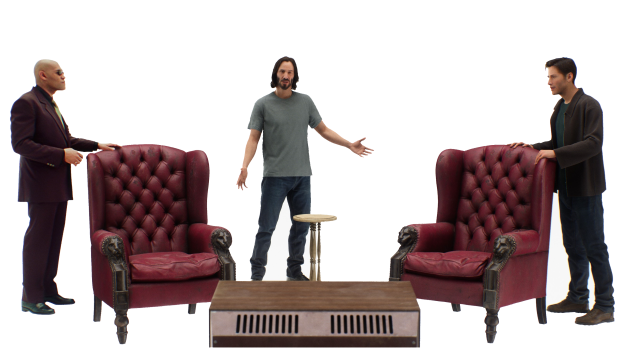 I personally purchased a PlayStation 5 earlier this year with super high scalping fees, just because I wanted one. I purchased two games: Spider-Man Miles Morales and Ratchet & Clank: Rift Apart solely because they have some of the best graphics I’ve ever seen… and as a graphics and technology enthusiast, I needed to see it with my own eyes.

On a huge 77-inch LG 4K 120Hz OLED TV, those games on the PS5 look better than virtually anything I can run on the PC out of the box without mods. But holy hell, does The Matrix Awakens have some of the best real-time graphics I’ve ever seen.

The city that was built for The Matrix Awakens is astonishingly beautiful… I actually couldn’t believe that I got to play it as it was rendering in front of me. Being able to blow out the tires of the cars on the highway when the agents are driving after you, climbing out of cars, and jumping onto the bonnets to get to you. 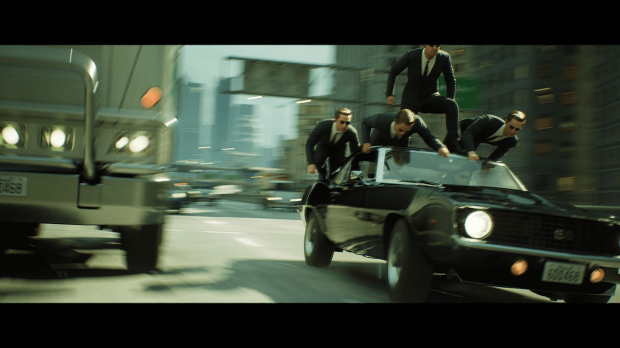 You’re firing bullets into the tires so the cars flip and the agents die and can’t get you, and the entire time it’s running in real-time on your console and it has better visual effects than the multi-hundred-million-dollar VFX used in The Matrix Reloaded and The Matrix Revolutions.

The Matrix Awakens is that good.

It truly lets us tumble further down into the rabbit hole, and now we’re way further away and into Wonderland.

Here’s When ‘Halo Infinite’ Is Getting Slayer, SWAT And FFA Playlists – Forbes

It could take years for applications using vulnerable version of Java log4j library to be patched, says expert – IT World Canada

Apple requires employees to have proof of a COVID booster as Omicron spreads, according to reports – Euronews

Apple will require retail and corporate employees to provide proof of a COVID-19 booster shot, The Verge reported on Saturday citing an internal email.

The Verge said it was not immediately clear if the testing requirement applies to both corporate and retail employees.

“Due to waning efficacy of the primary series of COVID-19 vaccines and the emergence of highly transmissible variants such as Omicron, a booster shot is now part of staying up to date with your COVID-19 vaccination to protect against severe disease,” the memo read, according to The Verge.

Apple did not immediately respond to a request from Reuters for comment.

Many companies in the US have been strengthening their COVID-19 rules, mandating vaccination and delaying back-to-office plans as the Omicron variant increases infections across the country.

This week, Facebook parent Meta Platforms mandated COVID-19 booster shots for all workers returning to offices. It also delayed U.S. office reopenings to March 28, from an earlier plan of January 31.

Alphabet Inc’s Google on Friday said it was temporarily mandating weekly COVID-19 tests for people entering its US offices.

A report by The Information said Amazon.com Inc has offered its US warehouse workers $40 (€35) to get a booster shot.

Apple will declare the mid-2012 13.3-inch MacBook Pro a “legacy” on January 31, according to an internal memo intercepted by Apple. Mac rumors. This is the last step before it becomes permanently outdated: it means that Apple will stop providing compatible parts to Apple Stores and Authorized Service Centers. It will always be possible to get a repair in the event of a breakdown, but within the limits of the available parts: this will therefore be increasingly difficult, up to the complete obsolescence that must be declared in a couple of years. You can refer to the list of old and outdated products on this page.

The mid 2012 13.3-inch MacBook Pro is the last model to feature an integrated CD/DVD drive. It was on sale until October 2016 to provide a more affordable alternative to models with Retina displays, which explains this late obsolescence. It is particularly reliable and offers interesting upgrade possibilities for people who want to replace the optical drive with a second volume. It is a standout model. Its time and about to give it up.

Links not showing up? Pictures are missing? Your ad blocker plays tricks on you.
To view all of our content, please turn off your ad blocker!

OPPO has started seeding a stable ColorOS 12 update based on Android 12 to a bunch of its mid-range devices, including the OPPO A73, F19 Pro+, Reno 5Z, and Reno 6Z. OPPO previously said it would kick off the stable update rollout for these devices from January 17 and it’s making good on its promise.

Hands-on with ColorOS 12 based on Android 12: Here’s everything new in the latest update for OPPO smartphones

As per recent announcements posts on OPPO Community, the stable ColorOS 12 update with Android 12 is currently rolling out to the OPPO A73, OPPO A74, OPPO Reno 5Z, Reno 6Z 5G, and Reno 5Z in various regions. The update is live for the OPPO A73 and Reno 5Z in Saudi Arabia and the UAE. Similarly, the OPPO A74 and F19 Pro+ units in India have also started receiving it. Finally, the OPPO Reno 6Z update is currently rolling out in Cambodia, Thailand, Vietnam, and the UAE.

If you own any of the above-mentioned devices, be on the lookout for an OTA notification in the coming days. Since the update is rolling out in a staged fashion, it might take several days before it makes its way to everyone. So far, the update has only gone live in select regions, but OPPO says it plans to expand the rollout to other markets soon.

After installing the ColorOS 12 update, users can look forward to many exciting features and changes, such as a new wallpaper-based theming system, Screen Translate, Canvas AOD, Android 12’s Privacy Dashboard and privacy indicators, and much more. You can learn more about ColorOS 12 in our in-depth review of the new skin.

If your phone isn’t on the list, don’t worry. OPPO plans to bring the latest version of its custom skin to many more phones. Owners of the OPPO Reno 5F, Reno 4 Pro, Reno 4F, F19 Pro, and F17 Pro will be able to try out an early version of ColorOS 12 next month. Meanwhile, the Reno 5 Lite, Reno 4, Pro, Reno 4Z, Reno 4 Lite, and more are scheduled to receive a ColorOS 12 beta sometime in March.

Bitcoin investors dig in for long haul in ‘staggering’ shift