The Ontario economy is sailing along smoothly, with the rebound from the pandemic recession well under way.

Two years after the dizzying economic whirlwind of the first lockdown, the jobs market is surging, and employers are now complaining of a shortage of workers. The province’s once-enormous budget deficit has contracted sharply, and revenues are growing quickly, in part propelled by the effects of inflation. And Ontario’s economy is growing at a pace not seen in more than two decades.

That relatively buoyant economic outlook was the backdrop of a provincial campaign that seemed largely to take prosperity for granted, with the three main parties competing on who could spend the most. Doug Ford and his Progressive Conservatives won that contest, securing a second majority government with an expanded number of seats.

There was little discussion of the long-term economic and fiscal undercurrents in Ontario that threaten that placid picture of prosperity. Economic growth will slow, interest rates are rising and an aging population will exert growing pressure on expenditures, with permanent budget deficits on the horizon within a decade.

Unfortunately, productivity was “not at all” a campaign issue, he says. “Whoever wins … needs to put it to the top of their agenda,” Mr. Rossi wrote in a follow-up message ahead of the vote.

The current labour shortage is just a hint of problems to come, with a lack of skilled tradespeople and digital workers imperiling infrastructure construction and the shift to a greener economy.

The economic expansion under way is set to cool by mid-decade, with growth in the province’s gross domestic product falling by half in 2025 compared with this year. Bank of Nova Scotia senior economist Marc Desormeaux forecasts a “solid but moderating” expansion as the Ontario economy reverts to more typical growth rates.

Reality check: What can politicians really do about high food prices?

Ontario’s right-to-disconnect policy is in effect. Here’s what employers have come up with

The current revenue windfall that has given the government billions of extra dollars to spend will disappear. In addition, the province’s projection of a shrinking deficit depends on highly ambitious assumptions that would keep the growth of education and health spending well below the rate of inflation and population growth.

Mr. Rossi sees a host of structural problems that threaten Ontario’s economy in the near future, and that the re-elected Progressive Conservatives will need to move to address. The labour shortage is the most apparent. The nearly 400,000 vacant positions represent lost productivity and tax revenue, he says, with immigration backlogs making that problem much worse.

In a similar vein, he sees the reliability of Ontario’s energy grid as a major economic vulnerability later in the decade, as the Pickering nuclear plant is decommissioned and greater electrification of the province’s vehicle fleet pushes up demand. And lastly, Mr. Rossi says the province needs to focus on reducing its debt load so that it has the fiscal flexibility to cope with a pandemic-like crisis down the road.

The Financial Accountability Office of Ontario, a provincial legislative watchdog, has also flagged a number of other long-term economic risks: the impact of climate change, income inequality and changes in the labour market, including the gig economy.

As with most elections, the Ontario campaign centred around jobs, with the various parties touting their plans for boosting employment, even amid a historical labour crunch. Robert Asselin, senior vice-president of policy at the Business Council of Canada, sees that emphasis as misguided. “Think about the future. Think about increasing productivity, not just jobs,” he advises.

That will require a focus on capturing the value of Canadian intellectual property and encouraging private-sector investment in research and development, he says.

Ribbon cuttings for new assembly operations make for good politics. But Mr. Asselin says such jobs, though undoubtedly good news for new hires, aren’t the key to a higher-wage economy. “Let’s be honest,” he says. “That’s not where productivity gains will happen.”

Instead, the provincial government needs to focus its efforts on sectors where Ontario has a comparative advantage: agriculture, biotech, advanced manufacturing and clean technology.

He adds that a key part of that effort will be focusing education curriculums on science, technology, engineering and math (STEM).

Elizabeth Dhuey, associate professor of economics at the University of Toronto, agrees that Ontario suffers from a lack of STEM skills, but says that is part of a broader skills gap in the province. “I think what we’re seeing is a skills mismatch,” says Prof. Dhuey.

There are geographic imbalances, a lack of STEM workers and a chronic deficit of skilled tradespeople. Prof. Dhuey says there are some fairly obvious solutions at hand, including discounted or even free tuition for skilled-trades programs. But she says she heard “essentially nothing” during the campaign on reforming Ontario’s education system.

One of the biggest mismatches: Growing job vacancies exist alongside a sharp rise in the ranks of the long-term unemployed.

Retraining efforts to shunt the chronically unemployed into the green economy have a spotty track record at best; it’s hard to turn “miners into coders,” Prof. Dhuey says. There’s a much bigger economic payoff from focusing much earlier in life, by boosting basic literacy, math and problem-solving skills for children in the school system. The focus should be “almost entirely” on those future workers, she says.

Besides curriculum changes, that would require reversing what Prof. Dhuey sees as a short-sighted scaling back of Ontario’s education budget.

But any such move to increase education spending will inevitably collide with the province’s short-term goal of returning to a balanced budget by fiscal 2027-28. Benjamin Dachis, associate vice-president of public affairs at the C.D. Howe Institute, says that plan is already unrealistic, in part because it is based on ambitious assumptions that sharply limit growth in education and health spending.

Those projections aren’t realistic, unless the province is aiming to impose a wage freeze on the province’s teachers, says Mr. Dachis, who was director of policy, budget and fiscal planning for the premier’s office in the first year of the Ford government.

He calls for “hard action” to rein in spending. That could seem a startling message, given the forecast from the province’s last budget of a gentle glide toward eliminating the deficit. “Things are looking rosy right now in terms of economic growth, revenue is growing like gangbusters,” Mr. Dachis acknowledges.

But within the new term of the re-elected Progressive Conservatives, Ontario’s debt costs will start to eat up an ever greater share of the revenue. That will signal the start of a long-term deterioration in the province’s finances, unless action is taken to reduce the growth of debt, and to increase the growth of the economy. By mid-century, the FAO says, the province is headed for deficits that will rival the monster shortfalls of the pandemic – but will be permanent.

“There are enormous headwinds where all signs are pointing towards a fiscally unsustainable system,” Mr. Dachis says.

To avoid ‘historic shellacking’ in midterms, Biden is promoting a sunny view of US economy – The Guardian

Opinion | The Goldilocks economy: Trying to get it 'just right' – The Washington Post

Crypto: The next threat to the global economy? – Al Jazeera English 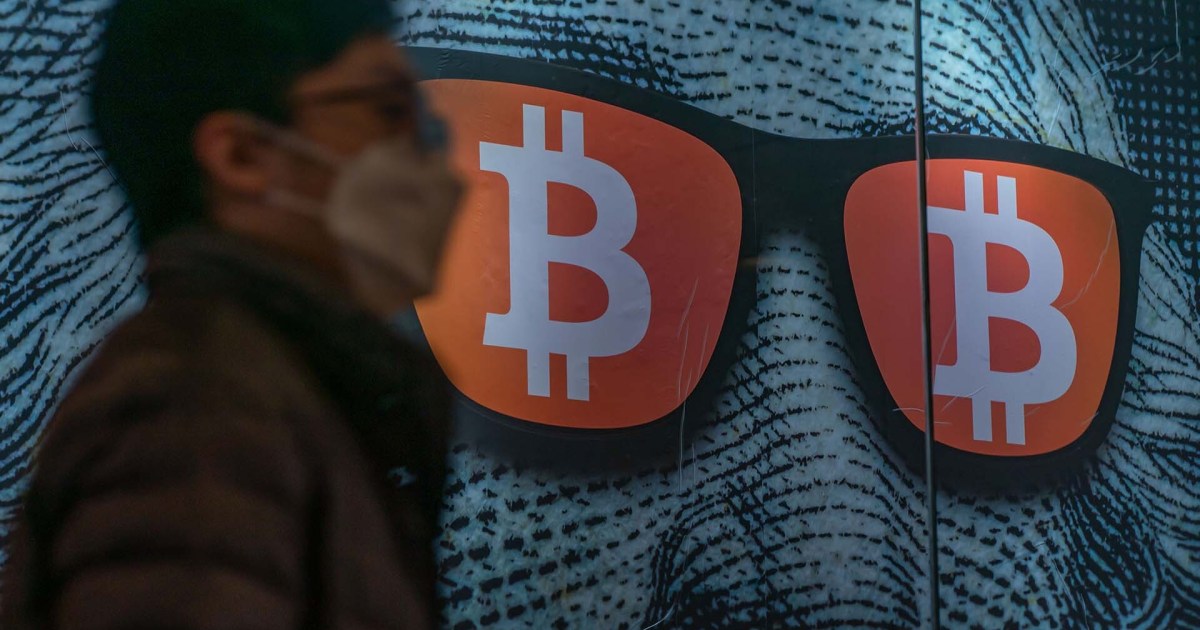 Investigating the risks that cryptocurrencies such as Bitcoin might pose to the global economy and the environment.

When Bitcoin and other cryptocurrencies first appeared well over a decade ago, few people could have imagined how widespread they would become.

Now, these various forms of digital money are in common use – if not yet universally understood.

But where exactly do they come from, who uses them and what – for better or worse – might be the long-term consequences?