In another world, Tyler Reyno is in the final stages of ending his Earthling life to begin a new one as a Martian.

Seven years ago, the Nova Scotian was selected to join the Mars One mission to establish humanity’s first interplanetary civilization.

He signed up for the one-way trip to Mars in a burst of optimism.

“I wanted to hope that it might be true. I think that in the moment, I figured that if companies like Space X and Blue Origin could make the technological steps they were making, then it made sense that other companies could do the same,” he said.

“Unfortunately, it did prove to be infeasible. Basically their concept, the resources, the funding, the overall goals — all of it was a little too unrealistic.”

Instead of travelling 55 million kilometres through space, he moved a mere 4,500 kilometres across land to work in British Columbia.

He compares the enthusiasm and widespread media coverage of private space companies from 2010 to 2015 to the tech bubble of the early 2000s. In the tech bubble, no one knew which companies would be Facebooks and which would be Friendsters — the now-defunct social networking service.

Reyno said it was the same with companies like Space X and Mars One.

“Mars One capitalized on a very ripe time of optimism within the private space sector,” he told CBC News this week. “It was really eye-opening for a lot of people. I think it set the bar too high on what the private sector can do.”

Reyno got an email telling him he was off the spaceship a few years ago. Mars One was reported to have entered bankruptcy in 2019 and some candidates have said there was never any chance it would have gone to Mars.

But CBC News did speak to two Canadians who are still listed on the mission, and still expect to stand on Mars one day. No Nova Scotians remain connected to the project.

Ben Criger holds a PhD from the Institute for Quantum Computing in Waterloo, Ont., and has given TedX talks on the Mars mission.

“I am still involved with Mars One, and in touch with both (CEO) Bas Lansdorp and the other candidates,” he said in an email.

“Bas sends us regular updates, but they’re confidential, so you’d have to go directly to Mars One for a more comprehensive update.”

“The last communication I had from the Mars One CEO, Bas Lansdorp, was in October of last year,” she said. “We’re not at liberty to discuss anything concerning the mission.”

CBC News asked Mars One and Lansdorp for an interview, but didn’t hear back.

In 2014, the private company said training would take up to a decade. The first humans were supposed to depart Earth in 2024 and start the extraordinary colony in 2025.

The website still says candidates are “expected” to start training three years ago and would be living and training together full time until 2031, when they would leave Earth for Mars.

The company’s last news release was issued 2½ years ago and it last posted on social media nearly two years ago.

The website does not show any actual spacecraft, but it does have many vivid illustrations of the Mars mission.

Reyno said the experience has not jaded his lifelong love of space exploration. He went on to earn a master’s degree in aeronautical engineering and today works as an aerospace engineer for ASCO Aerospace in Vancouver, working on projects for Lockheed Martin, Boeing and Bombardier.

He mostly works on Earth-bound aircraft these days. “But I still do keep a keen eye on a lot of space technology and space progress. The goal is still to further myself in that area,” he said.

He said others should keep their eyes on the bright red dot in the sky, so close that humans have been able to see it for as long as we’ve walked the Earth, inspiring dreams of alien civilizations.

In 2020, three separate missions launched for Mars and all of them are due to arrive next month. No humans are on board, but with new space nations like China and the United Arab Emirates now involved alongside stalwarts like the U.S., Reyno sees reasons to hope the dream of life on Mars is not dead.

“I’m more optimistic than ever. That was one small instance of a project that wasn’t successful, but at least they tried,” he said. “Mars One probably was unrealistic and shot too high, but from all this optimism, so many really good and successful projects have continued to grow.”

His life has continued to grow, too, and he’s not sure if he would take the big trip to the sky if it was offered to him.

“I do have more ties to Earth now. I have a girlfriend, a partner that I’ve been with for 4½ years, varying goals here now and a lot of different things I’m passionate about here,” he said. 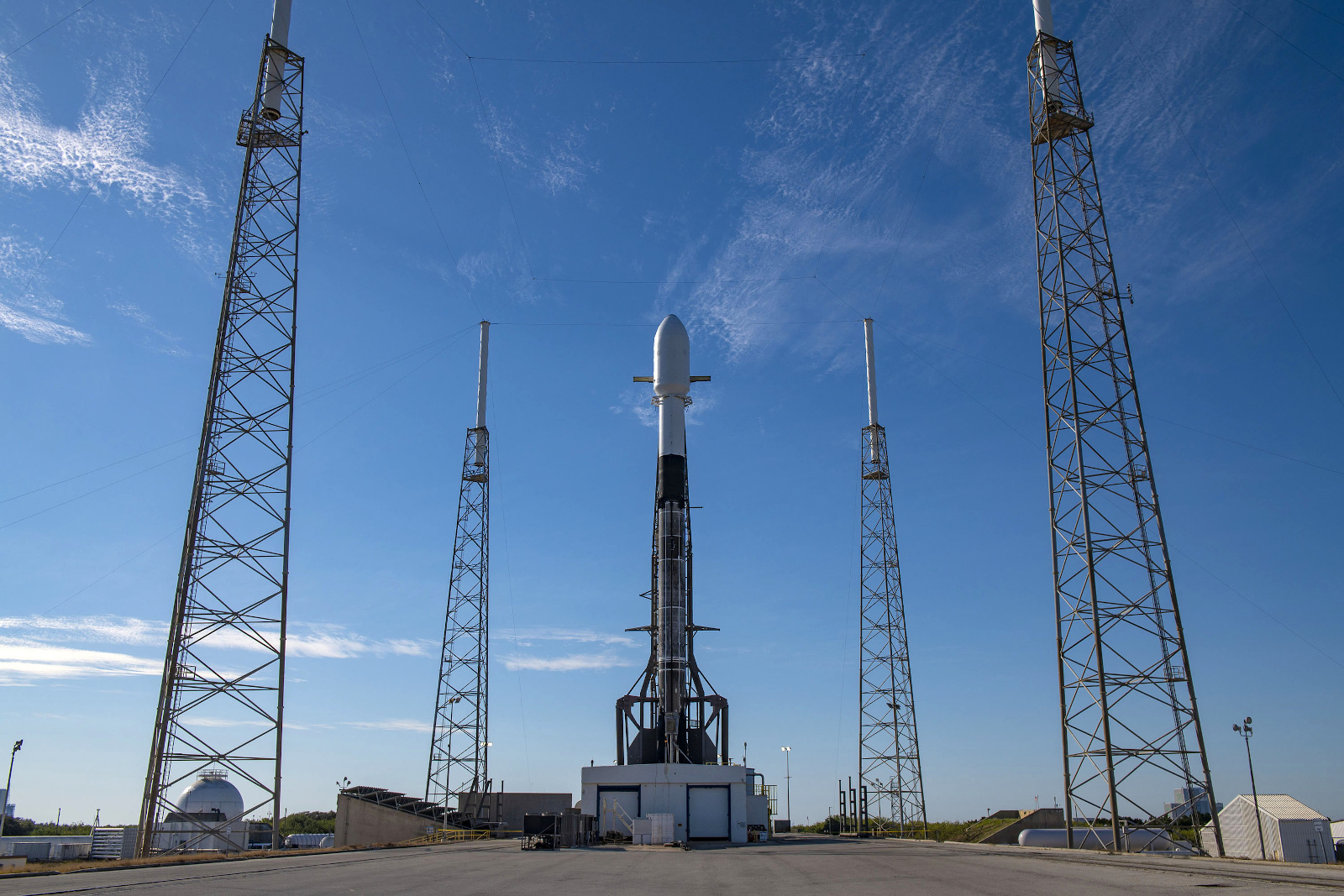 Swimming Australia eyes Plan B in case of Tokyo cancellation

Swimming Australia has started discussions about a replacement domestic or virtual international competition for its athletes in case the Tokyo Olympics are cancelled, president Kieren Perkins said. Perkins, who won gold medals at the 1992 and 1996 Games, was delighted that Friday’s “little moment of panic” had been firmly quashed but felt he owed it to Australia’s swimmers to put a contingency plan in place. “If the worst happens and Tokyo is cancelled, for our athletes who have had the opportunity to prepare and work so hard for so long to get to this moment, I think it behoves us to give them the best chance to at least test themselves and see what that work has created,” he told the Australian newspaper.

Elon Musk's Starlink satellite service is being beta tested in BC – BC News – Castanet.net

It may come as a shock to some but only 36 per cent of rural households in British Columbia have access to reliable high-speed internet service.

That is changing, however, thanks to Elon Musk’s Starlink, satellite internet is now available, depending on where you live.

Starlink is a new high-speed internet service provided by U.S.-based SpaceX, which has launched nearly 900 satellites into a low-Earth orbit over the past year.

If you live within the right coordinates you can now apply to be part of Starlink’s satellite internet beta testing program.

Once approved, users can purchase the necessary hardware which costs $649 for the satellite dish and $129 per month.

SpaceX began the public beta program in October and some subscribers are reporting service speeds of up to 150Mbps. The Canadian Radio-Television and Telecommunication Commission granted Starlink’s operator, SpaceX, a Basic International Telecommunications Service license in October 2020. The license allows SpaceX to provide telecommunication services in Canada but does not allow the company to operate as an internet service provider.

SpaceX has said it will cost U.S. $10 billion or more to build the network but industry analysts have estimated that Starlink could earn as much as $30 billion a year once it is fully operational.

The Starlink satellites float at low-Earth orbit, which cuts down on signal latency and allows the satellites to return to earth with greater ease once they’re decommissioned.

Stargazers have expressed concern that the satellites could obscure the view of the night sky. 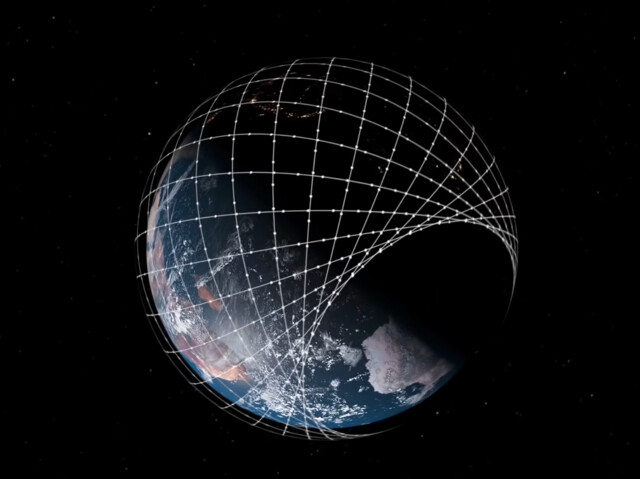 SpaceX will transform one of its Falcon 9 rockets into the space equivalent of a crowded Uber when it launches its Transporter-1 ride-share mission from Cape Canaveral in Florida as soon as Saturday.

The payload for this mission includes a cornucopia of small satellites from government and commercial entities, along with 10 of SpaceX’s own Starlink broadband satellites.

We learned Thursday that the cargo will include 48 SuperDove satellites for Planet Labs, reportedly bringing the total to a record-breaking 133 satellites in a single launch.

SpaceX itself has not yet confirmed the official number of satellites in the ride-share payload. There’s been some last-minute shifting around after two DARPA satellites were accidentally damaged earlier this month at a processing facility. The Starlink satellites were also a last-minute addition. The payload includes several small spacecraft from Nanoracks and more from the German Aerospace Center (DLR), the US Department of Defense and many others.

The launch was originally scheduled for December, but has been postponed a handful of times.

The Falcon 9 booster will be making its fifth flight and is expected to land on a droneship stationed in the Atlantic not long after flight. SpaceX is also likely to attempt to recover the fairing, or nose cone, a move that’s becoming a more routine part of each mission.

The launch is set for as early as 6:40 a.m. PT (9:40 a.m. ET). The entire mission will be livestreamed as usual by SpaceX. You can follow along below starting about ten minutes before launch.