The Ecology Action Centre started as a student project in 1971 with a wild idea: people in Halifax should recycle stuff and not just chuck everything into the trash.

“They had a truck and they drove around and picked up people’s recyclables because there was no other recycling program,” said Joanna Bull, the organization’s community engagement manager.

“At the time, everybody thought they were nuts. It was a totally hare-brained, unrealistic, out there, radical idea. I like that story because it shows that shift really is possible and that the actions and advocacy of people — regular people, young people in this case — can actually really shift our society in significant ways.”

Those Dalhousie University students never guessed they were starting an organization that would still play an important role in Nova Scotia life 50 years later.

Over the decades, the Ecology Action Centre worked against a proposal to build the biggest nuclear power plant in the world on an island near Shag Harbour. They partnered with farm women from Centre Burlington to stop uranium mining in the province.

But Bull said it isn’t a time to look back. Like the founders, the organization has its eyes on the future and its 40 staff and 5,000 members are focusing on climate change, biodiversity collapse and environmental injustices.

“I hope that 50 years from now, we’ll look back and we’ll say, ‘I can’t believe we burned all those fossil fuels for everything. What a crazy thing it was we did back then.’ Just like throwing glass bottles into the garbage was in 1971.”

To mark this year’s 50th anniversary, EAC called on Nova Scotia’s artistic community to create some visions of the future.

More than 50 artists created 50 unique works of art all over the province.

If you download the app, 50 Things: An Art Adventure, it will tell you when you’re near one. Some are physical objects, while others reveal videos or podcasts within the app.

Walk across a Halifax bridge and listen to the Ecology Action Centre founders talk about how they started the organization, and what role the bridge itself played. Another spot features a quilt made out of the rubber bands used to hold lobster claws together.

Or if you’re passing Agricola and Willow streets, stop and take in Lorne Julian’s Respect the Sun. He’s a Mi’kmaw artist from Millbrook First Nation.

His mural, painted on 10 wood panels and attached to the building, features an eagle. The animal plays an important role in Mi’kmaw and other Indigenous cultures, Julian said.

“It’s believed that they’re able to take our prayers to the Creator, to God,” he said. “The eagle is raising one wing up toward the sun and also another wing pointing down toward Mother Earth.”

The orange represents the survivors of residential schools and the children who died at the institutions. Julian said the Mi’kmaw tendency to think of the next seven generations, not just today, naturally leads its artists to think about the deep future of the planet and the people.

“I believe right now, we’re in a time of healing, in a time of change, not just for First Nations people, but for the rest of Canada. We all talk about reconciliation; we all have to be working together,” he said.

He hopes his work inspires people to reflect on our shared world, and to explore their own cultural roots — especially Mi’kmaw youth. “I want to give our youth hope, and I think that’s what my work represents.”

“We have craft, we have film, we have sound, we have music,” he said. There are also theatrical works, audio creations and plenty of interactive exhibits.

So if you see someone dancing beautifully alone on a Nova Scotia beach, download the app and join in.

“There’s one piece in particular that’s sort of a DIY dance performance that you do with yourself, or with a group, and the app instructs you on how to do this dance,” he said.

“It’s based on the four court cases the EAC participated in, so you sort of dance out these different court cases with a dance instructor in your ears.”

The app goes live Friday and will be up for 50 days, ending at the Nocturne weekend in October. Then, it all disappears.

“I doubt anybody will be able to see all 50. There are some as far away as the [Cape Breton Highlands National Park] all the way down to Cape Forchu in Yarmouth. There’s some in Bear River. They’re spread all over,” Stone said.

This show features multiple works from over 20 artists and includes a variety of styles and mediums, including oil paintings, watercolours, stained glass, mixed media, encaustic, jewelry, photography and works with polymer clay.

“This is truly a very diverse show and we are so proud to be able to bring this to our community,” gallery officials state.

The show officially opened Sept. 9 and runs until Oct. 2.

The gallery, located at 88 Mill Street on the third floor of the Harriston branch of the Wellington County Library, is open:

– Tuesdays and Thursdays from 6 to 8pm;

– Wednesdays and Fridays from 2 to 4pm; and

A free four-week art program for children is being offered by Sault Ste. Marie Public Library.

A PDF lesson will be emailed each week. Youngsters have one week to send a photo of their artwork.

A collage will be created featuring student work.

'A very fundamental question': Is this the world's oldest example of art? – CTV News 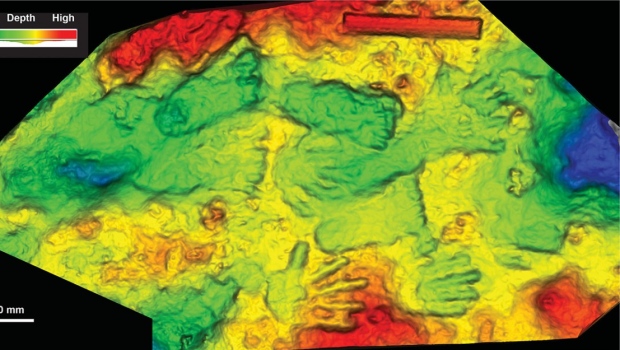 TORONTO —
Famous cave art in France, Indonesia and Spain has long been thought to be the oldest of its kind, but a new study sheds light on Tibetan parietal art that is four times older and may have been created by children.

An international team of researchers came together to determine if the hand and footprints discovered on the Tibetan Plateau were indeed art.

To decide if the sequence of hand and footprints were art, the researchers had to first figure out how these prints got there. The series of five handprints and five footprints, the researchers reported, came from two different people, according to a press release.

“It would have been a slippery, sloped surface. You wouldn’t really run across it. Somebody didn’t fall like that. So why create this arrangement of prints?” Thomas Urban, research scientist in the College of Arts and Sciences and with the Cornell Tree Ring Laboratory, said in a press release.

Urban assisted the research team led by David Zhang of Guangzhou University and co-authored the study.

The team of researchers used uranium-series dating to date the artwork. They believe that the footprints were created by a seven-year-old, while the handprints were by a 12-year-old. They also suspect that these kids were ancient relatives of Neanderthals known as Denisovans.

But what really determines if these handprints and footprints are art?

“These young kids saw this medium and intentionally altered it. We can only speculate beyond that,” Urban said. “This could be a kind of performance, a live show, like, somebody says, ‘hey, look at me, I’ve made my handprints over these footprints.’”

For this reason, Urban calls for a broader definition of what is considered art in this context, even if it does rub some the wrong way.

“I think we can make a solid case that this is not utilitarian behaviour. There’s something playful, creative, possibly symbolic about this,” said Urban. “This gets at a very fundamental question of what it actually means to be human.”