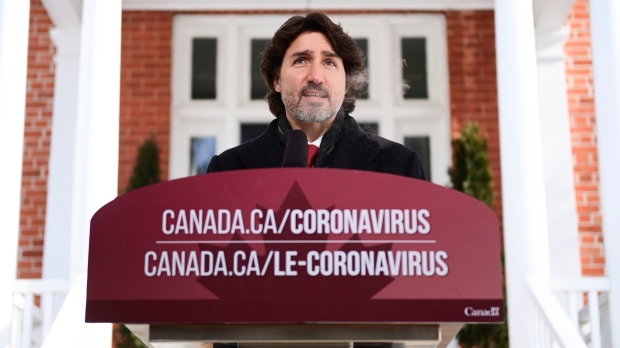 Late Friday, Newfoundland and Labrador’s chief medical officer of health confirmed the United Kingdom variant is behind the COVID-19 outbreak that hit the province this week.

Dr. Janice Fitzgerald said she is moving the entire province back to its highest alert level.

She said it is presumed that all of the 244 COVID-19 cases identified this week in the St. John’s area are related to the more infectious B. 1.17 variant of the virus.

“I can’t really sugar-coat this for anybody, but what we have to remember is that … we know that these public health measures will work against this variant, just as (they) would work against any variant of COVID-19,” she said at a news conference.

Later, Bruce Chaulk, the province’s chief electoral officer, issued a news release saying all in-person voting in Saturday’s provincial election was cancelled and that voting would proceed with mail-in ballots only.

Earlier Friday, Trudeau urged the public to refrain from unnecessary travel and gatherings as the long weekend approached, noting a fast-tracked shipment of millions of COVID-19 vaccines in coming months will not be enough to combat worrisome variants that have overtaken other countries.

“Nobody wants a third wave to start, particularly not one comprised of new, more communicable variants that can cause real challenges,” Trudeau said while announcing $53 million dedicated to clamping down on these cases.

“You might be worried about these new strains, well we’re putting our best experts on it – researchers, epidemiologists, modelers.”

Canada is getting millions of COVID-19 vaccines early thanks to an accelerated import schedule and additional orders, Trudeau said at a news conference that also set Feb. 22 as the start of strict travel requirements meant to discourage non-essential globetrotters.

Trudeau said he’s been assured four million doses of the Pfizer-BioNTech vaccine will arrive by end of March as promised, while 10.8 million doses will be delivered between April and June, and all remaining doses – 40 million in total – will arrive by the end of September.

At the same time, Canada has ordered four million additional doses of the Moderna vaccine that will arrive over the summer, bringing the country’s total supply from the two pharmaceutical giants to 84 million doses. Two million Moderna doses are expected by end of March.

“We’ve been continuing to work every single day on getting as many doses as possible as quickly as possible into Canadians arms,” said Trudeau, reiterating his pledge that all Canadians who want a dose will get one by the end of September.

Production delays have been blamed for a lull in Canada’s vaccination efforts since mid-January, when Pfizer slowed production at its plant in Belgium. Moderna deliveries also slowed.

Tam said COVID-19 infections appeared to be on a downward trend but that the worrisome variants posed an increasing threat to containing the pandemic.

At least three provinces found evidence of variants in the community, Tam noted.

“We’ve made great progress, and are now almost two -thirds of the way down this curve,” said Tam, adding that ongoing vigilance was vital.

“Look at the European countries – they give us a clue as to what might happen if variants are circulating, and we let our guard down. That massive acceleration into that third resurgence … will happen really fast.”

Tam pointed to Newfoundland’s recent spike as a lesson that even areas with relatively low case counts can quickly turn bad if public health measures are not in place. The Atlantic province reported 50 new cases Friday, 20 of which involved people younger than 20. It followed 100 cases reported Thursday, 74 of which involved people younger than 20.

So far, there has only been one report of the variant first found in Brazil.

Trudeau also announced that strict quarantine and testing measures for plane travellers to Canada will begin Feb. 22. That includes a mandatory COVID-19 test upon landing and a three-day quarantine in a government-approved hotel while awaiting results, at the traveller’s expense.

Land border crossers will now also have to take a test when they arrive.

According to federal data, as of Thursday there have been 817,163 cases of COVID-19 in Canada, with 37,747 of them considered active cases.

Tam urged Canadians to refrain from gathering just as much of the country entered a long weekend that included Family Day in several provinces, and Valentine’s Day.

The Ontario Medical Association suggested phone calls or virtual meals with friends and relatives to as “ways to connect from a distance.”

The plan comes as the province gradually reopens its economy after an emergency order expired earlier this week.

Deputy Chief Public Health Officer Howard Njoo voiced support for Ontario’s recent move to delay the spring break for its schools to April, from March, expecting it would reduce contacts at a delicate time while pushing the holiday into warmer weather that would allow more outdoor activities.

This report by The Canadian Press was first published Feb. 12, 2021. 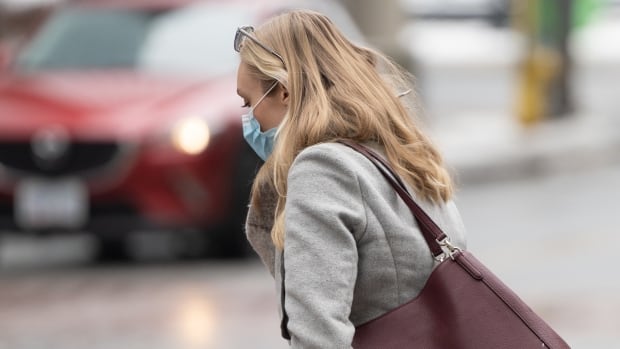