The new Qualcomm Snapdragon 8 Gen 1 is official, and it’s set to power some of the very best smartphones of 2022.

Flights and accommodation for this launch event were funded by Qualcomm, but the views reflect the writer’s own independent opinion.

But which upcoming phones will be using the new chipset? We’ve now had the first manufacturers confirm compatbility, and we expect to hear from more Android phone makers over the coming weeks.

Below we’ll reveal all the handsets that have been confirmed so far, and then we’ll talk you through some of the other phones we’re expecting to see that may also sport the latest chipset from Qualcomm.

The first phone confirmed to feature the next-gen chipset is the Xiaomi 12, which the company’s CEO has announced will be “available soon”.

We expect the Xiaomi 12 to launch in China in the next couple of weeks. It’ll then likely come to other markets in early 2022.

While it may be that Xiaomi reveals this phone first, that doesn’t necessarily mean it’ll be the first phone featuring the next-gen chip that will be available in Western markets.

Although the company has yet to confirm the name of its next flagship as the Find X4, we know that Oppo’s top-end phone for 2022 will feature the Snapdragon 8 Gen 1.

Oppo also told us that it would be revealing its next flagship phone before the end of March 2022. The Find X3 was introduced in March 2021, so it would make sense if the Find X4 was introduced around a year later.

Realme teased its next smartphone over the last few days, and the company has now confirmed that the upcoming Realme GT 2 Pro will be one of the first phones to feature the Snapdragon 8 Gen 1.

It’s official! #realmeGT2Pro, our first and most premium flagship will pack #Snapdragon8Gen1. Along with the best chip, what else do you think makes a true premium flagship smartphone? #realmeGT2series pic.twitter.com/oFcDGkeVfrDecember 1, 2021

This is expected to be the brand’s first seriously top-end phone, designed to compete with flagships from the likes of Apple and Samsung, so it would come as no surprise if it used the new Qualcomm chipset.

We don’t yet know much about the Realme GT 2 Pro, or when it’ll be officially revealed, but with the company now starting to tease this handset we’d expect to see it sooner rather than later.

We don’t yet know the name of this phone, but during the launch event for the Snapdragon 8 Gen 1 we heard that a new Motorola Edge device is set to debut with the chipset on board.

Ruben Castano, Head of Customer Experiences at Motorola, said: “In just a few days, we will reveal one of the very first smartphones to launch on this new Snapdragon 8 platform in China.” That event has now been confirmed for December 9.

There have been leaks and rumors that suggest a new Motorola Edge X30 handset may be introduced in China in the coming weeks. That may be the handset that Castano was talking about, but that hasn’t been confirmed, and whatever the phone turns out to be, we don’t yet know whether it will launch in markets outside of China.

In addition to the confirmed phones above, we expect to see the Snapdragon 8 Gen 1 powering many of the other top-end handsets that are launched over the next year or so.

Arguably the biggest phone that will feature the chipset is the upcoming Samsung Galaxy S22. Normally, Samsung’s flagship phones run on its own Exynos chipset in some regions, while models released in other parts of the world use the newest Qualcomm chip.

However, numerous leaks have suggested that all the Galaxy S22 handsets will use Qualcomm’s chipset, as Samsung has run into issues with the manufacturing of its Exynos processors.

Other leaks suggest the Huawei P60 may also feature the Snapdragon 8 Gen 1, as the company has hit production problems with its own Kirin chipsets. Rumors suggest that this is due to the global silicon shortage that’s impacting the production of numerous devices.

We haven’t seen any credible leaks around other phones that could include the Snapdragon 8 Gen 1, but we can speculate that the upcoming OnePlus 10, Samsung Galaxy Z Fold 4, Samsung Galaxy Z Flip 4, Sony Xperia 1 IV and others are likely to be powered by Qualcomm’s latest and greatest mobile chip. Watch this space. 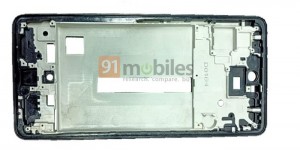 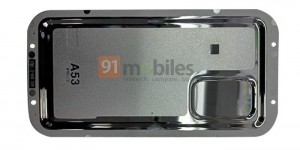 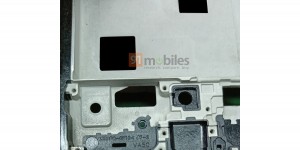