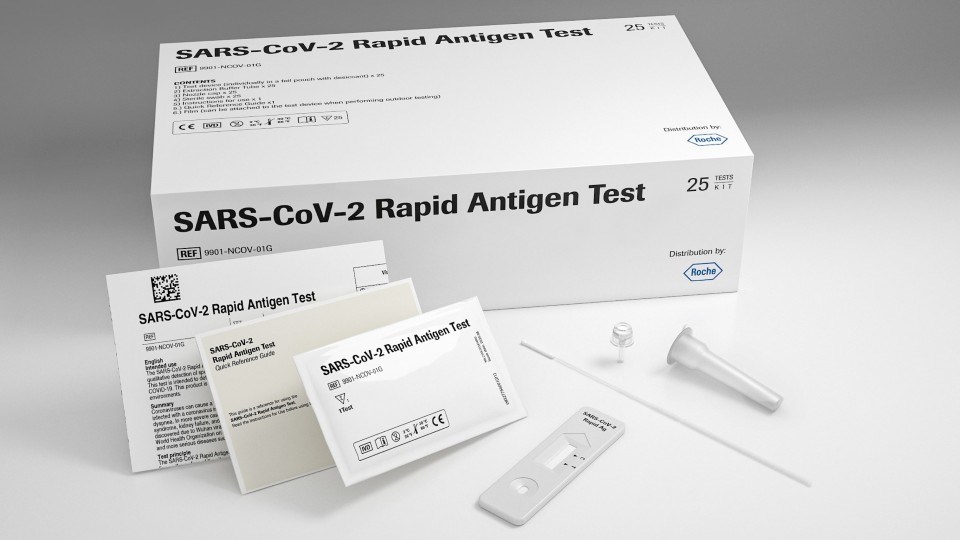 Although Ontario’s holiday testing blitz offering free rapid antigen screening to individuals is well underway across the province, the City of Guelph has not yet been deemed an area of concern.

This means no pop-up take-home rapid antigen test kits are expected to come to Guelph until next week at the very earliest.

According to the provincial website, Guelph is not the only city currently void of rapid tests pop-up sites as the neighbouring cities of Kitchener, Waterloo and Cambridge have also not been identified as areas of higher traffic.

New locations will be posted on Fridays, and on a rolling basis as sites are confirmed.

Of the five listed pop-up sites for Thursday, if someone living in Guelph wanted a free test kit they would be required to drive to the closest pop-up located at Yorkdale Mall for the 10:00 a.m. release of the kits.

The pop-up sites listed for this coming Friday are also few and far in between with the closest location the Tecumseh Mall in Windsor.

The two LCBOs that did receive the rapid tests kits on Friday both ran out within hours, and one location was faced with a late delivery which left people who showed up before the store opened scrambling with questions the staff couldn’t answer.

“Ontario has a limited supply of rapid tests and every single test the province has received from the federal government is on its way out the door to thousands of workplaces, hospitals, home and community care settings, long-term care homes, schools and child care centres on top of the many pop-up sites across the province,” said Miller. “In addition to Ontario directly procuring additional rapid tests where possible, we are continuing to urge the federal government to make more rapid tests available to provinces as quickly as possible.”

Chuck Ferguson, communications manager with Wellington-Dufferin-Guelph Public Health, said if the province does establish a pop-up rapid test distribution site in our area Public Health will certainly promote its location on our website and social media.

As of now, Public Health has not been notified of any pending sites to date.

Ferguson did note that if a local business or organization is looking for rapid tests for their members or staff, they can request rapid tests, or checking in with the Ontario Chamber of Commerce as it is rolling out free rapid tests for small- and medium-sized businesses in communities across the province.

There are currently 273 reported active cases in Guelph with 48 new cases reported in Guelph on Wednesday.


The chairman of global banking giant Credit Suisse, Antonio Horta-Osorio, has resigned with immediate effect after an internal company probe.

He was reportedly found to have broken the UK’s Covid-19 quarantine rules.

The former boss of Lloyds Banking Group joined Credit Suisse after a series of scandals at the Swiss bank.

Now, Mr Horta-Osorio, who was the chairman of Credit Suisse for less than a year, has been replaced by board member Axel Lehmann.

“I regret that a number of my personal actions have led to difficulties for the bank and compromised my ability to represent the bank internally and externally,” Horta-Osorio said in a statement issued by the bank.

“I therefore believe that my resignation is in the interest of the bank and its stakeholders at this crucial time,” he added.

Last month, it was reported by the Reuters news agency that a preliminary investigation by Credit Suisse had found that Mr Horta-Osorio had breached Covid-19 rules.

He reportedly attended the Wimbledon tennis finals in July at a time when the UK’s Covid-19 rules required him to be in quarantine.

Speaking to the BBC, a spokesperson for Credit Suisse said that the bank would give no further details on Mr Horta-Osorio’s resignation other than those in its statement.

They also said that there were no plans to release the findings of the investigation.

He was brought in to lead Switzerland’s second-largest bank to help clean up a corporate culture marred by its involvement with collapsed investment company Archegos and insolvent supply chain finance firm Greensill Capital.

In February 2020, then-Credit Suisse chief executive Tidjane Thiam resigned after a scandal revealed the bank had spied on senior employees.

Novak Djokovic could be barred from French Open under new vaccine law – Sportsnet.ca