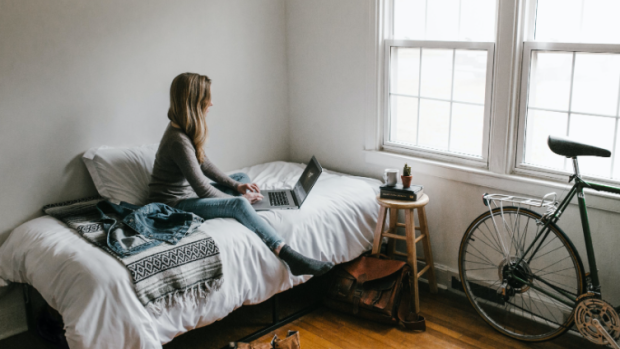 TORONTO —
Around 1 in 5 Canadians report losing sleep and being less physically active due to social media, according to a report released by Statistics Canada.

The study, entitled “Canadians’ assessment of social media in their lives” was released Wednesday in Economic and Social Reports and uses data from the 2018 Canadian Internet Use Survey (CIUS) of self-reported negative experiences from use of social media apps or websites.

Of the respondents aged 15-64, approximately one-fifth said they had lost sleep (19 per cent), engaged in less physical activity (22 per cent) or had trouble concentrating on tasks (18 per cent) as a result of social media use in the previous 12 months.

Around 1 in 8 (12 to  14 per cent) of those reported negative emotional experiences such as anxiety or depression, frustration, anger and envy over the lives of others.

“People will share a selection of their lives, not their full lives on social media, and so users will only see a snippet, and that is a reference point for their own lives,” Sperling said in a telephone interview with CTVNews.ca Wednesday. “And people typically do not share their most unflattering photos or unpleasant experiences. Users may then look and compare that to their own lives and that may make them feel bad about themselves.”

Sperling said the “unpredictability” of social media – “will this photo get likes? How many comments will I see?” — means that it has a reinforcing nature.

The association between social media and negative experiences was higher in younger respondents, with about 47 per cent of 15-19 year-olds and 28 per cent of 20-24 year olds reporting losing sleep from social media use.

Between 24 and 36 per cent of 15-29 year olds reported having trouble concentrating on tasks.

Negative emotional experiences due to social media use were also more prevalent in younger users.

Sperling says those findings track with her own research.

“That’s exactly what we’re seeing, the younger in age the child starts [using social media], and particularly for younger females, the greater the negative impact,” she said.

“Adolescents, their brains aren’t fully developed just yet, also in terms of inhibiting impulse control…their peers play an increasingly important role at that age, their peers’ perspective has even greater impact on their opinions. They are still growing and learning who they are. This is a time where they’re getting a lot of feedback, whether it’s welcomed or not, intended or not, on these platforms,” she said.

Statistics Canada data says that 78 per cent of Canadians who were regularly online in 2018 used at least one social media account (such as Facebook, Twitter or Instagram), with that number shooting to more than 90 per cent for teens and those in their twenties and thirties.

More than half of the respondents aged 15-24 reported using three or more social media accounts, which led to them experiencing three times the negative experiences – lost sleep, trouble concentrating and feelings of anxiety, depression and envy – than those who had a single account, the report said.

Sperling said one way to address the issues outlined in the report is conducting “behavioural experiments.”

“It’s one thing for me to just tell a teen something and I think it’s much more powerful if they get to collect the data themselves and see the direct impact on them,” she said.

Sperling suggests social media users rate their mood on a scale from one to 10, with 10 denoting the most intense emotions, and to “benchmark” how long they’re using an app or site before they notice a change in the scale.

“I would suggest that they try that a few times and maybe they tweak it – tweak how many sites are using, is there a certain time of day where they feel less vulnerable? Is it limiting who you see on your feed? Ask them to do these behavioural experiments until they find a window that feels applicable to them and doesn’t make them feel worse,” she said.

Social media users in Canada who are struggling with their mental health can find resources in their communities listed at eMentalHealth.ca and Wellness Together Canada.

Hope for Wellness telephone and online counselling is available in English, French, Cree, Ojibway and Inuktitut.

Speaking Out: Social media, good and bad – The Catholic Register

LOS ANGELES (Reuters) – Maryo Mogannam snuck into the Empire theater in San Francisco with his older cousins to watch “Animal House” when he was 14. He watched most of the James Bond movies at the historic art house and took his wife there on some of their first dates.

The cinema, which had been showing movies since the silent film era, served notice in February that it was permanently closing because of the impact of COVID-19. The marquee is now blank, and cardboard and paper cover the box office window.

“It’s kind of like losing a friend,” said Mogannam, now 57, who owns a retail shipping outlet near the theater, which had been renamed the CineArts at the Empire.

As vaccinated Americans emerge from their homes, they also may find their neighborhood theater is not there to greet them.

An eight-cinema chain in New England said it will not reopen. The same fate hit a Houston art house beloved by director Richard Linklater and, in a shock to Hollywood, more than 300 screens run by Los Angeles-based Pacific Theatres. That includes the Cinerama Dome, a landmark that hosted several red-carpet movie premieres.

Following a year of closures, theaters face deferred rent bills plus media companies’ focus on drawing customers to streaming services. Up to one-fourth of the roughly 40,000 screens in the United States could disappear in the next few years, Wedbush Securities analyst Michael Pachter said.

The National Association of Theatre Owners rejects that estimate, spokesman Patrick Corcoran said, noting that similar dire warnings accompanying the advent of television and the switch to digital screens never came to pass.

“It’s the only place where the art dominates,” said “Avatar” director James Cameron. “When you watch something on streaming, the other people in the room with you are welcome to interject, to pause to go to the bathroom, to text.”

At theaters, “we literally make a pact with ourselves to go and spend two to three hours in a focused enjoyment of the art.”

“For 300 people to laugh and cry at the same time, strangers, not just your family in your house, that’s a very powerful thing,” said Chloe Zhao, Oscar-nominated director of best picture nominee “Nomadland.”

At the Academy Awards on Sunday, the movie industry will “make a case for why cinema matters,” producer Stacey Sher said. While acknowledging the hardship of the pandemic, “we also have to fight for cinema and our love of it and the way it has gotten us through things,” she said.

About 58% of theaters have reopened in the United States and Canada, most restricted to 50% capacity or less. The biggest operators – AMC, Cinemark and Cineworld – make up roughly half the overall market.

“Avatar 2,” Cameron’s follow-up to the highest-grossing film of all time, is set to debut in December 2022. Some box office analysts predict 2022 ticket sales will hit a record.

Supporters point to late March release “Godzilla vs. Kong,” which brought in roughly $48.5 million at U.S. and Canadian box offices over its first five days, even though audiences could stream it on HBO Max.

“That was a big win for the entire industry,” said Rich Daughtridge, president and chief executive of Warehouse Cinemas in Frederick, Maryland.

But near- and long-term challenges loom, particularly for smaller cinemas.

Theaters are negotiating with landlords over back rent. A federal aid program was delayed due to technical problems.

Plus, media companies are bringing movies to homes sooner. Executives say streaming is their priority, pouring billions into programming made to watch in living rooms as they compete with Netflix Inc.

Most at risk are theaters with one or two screens, Wedbush Securities’ Pachter said. He said his best guess is between 5,000 and 10,000 screens could go permanently dark in coming years. 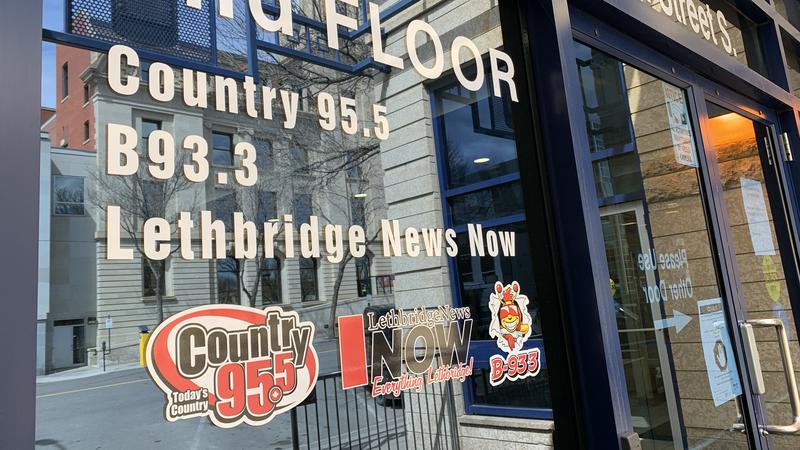 The scholarship is aimed at broadcast and digital media students in the Prairie provinces who are part of under-represented groups.

Two awards of $2,000 will be made to residents of Alberta, Saskatchewan, or Manitoba who in 2021 are attending or planning to attend a recognized broadcast or digital media program at a post-secondary institute in one of the three provinces.

OTTAWA (Reuters) – Canada will set aside C$12 billion ($9.6 billion) to extend its main pandemic support measures in a budget to be presented on Monday, the Toronto Star reported, as much of the country battles a virulent third wave of COVID-19 infections.

The emergency wage subsidy and the emergency rent subsidy, due to expire in June, will be extended to the end of September, the Star reported on Sunday.

Separately, the government will create the “Canada Recovery Hiring Program” in June meant to help those companies depending on the wage subsidy to pivot to hiring again, the newspaper said.

The Finance Ministry declined to confirm or comment on the report. However, Environment Minister Jonathan Wilkinson told the Canadian Broadcasting Corp on Sunday that government pandemic supports would continue for as long as needed.

“If Canadians need that support and the pandemic continues, the government will certainly have their backs,” Wilkinson said.

Wilkinson also confirmed that the budget would be “ambitious” and that the government would “invest for jobs and growth to rebuild this economy,” though he also said there would be “fiscal guardrails” to put spending on a “sustainable track”.

Finance Minister Chrystia Freeland will present the country’s first budget in two years on Monday after promising in November up to C$100 billion in stimulus over three years to “jump-start” an economic recovery during what is likely to be an election year.