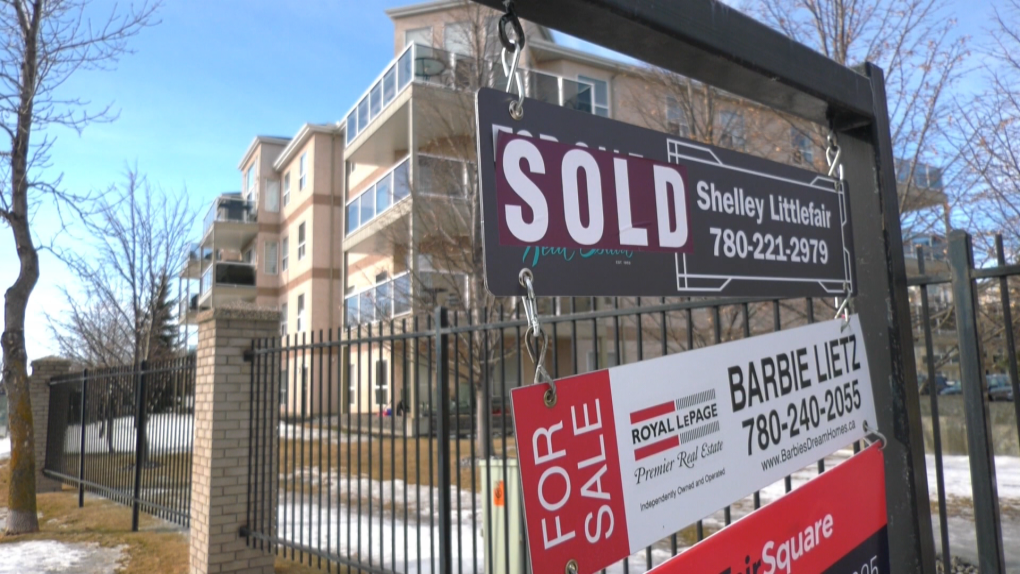 The value of an average detached house in Alberta’s capital is expected to drop by roughly three per cent in 2023, as rising interest rates and the cost of living drive buyers to seek more affordable options.

That’s the big-picture forecast from the Realtors Association of Edmonton, which revealed new numbers Wednesday to a packed ballroom of real estate agents at the Edmonton Convention Centre.

After the average price of a detached home in the city hit an all-time high of $510,000 in April 2022, the market started to slow as mortgage rates, grocery prices and utilities rates rose.

“We saw a lot of crazy things happen during the pandemic that I think were completely unexpected,” explained association chair Melanie Boles.

“All of the sudden we had people working from home, kids homeschooling, there was no travel, there was no sports. So, I mean, they were all of a sudden saving money, staying home and they needed more space.”

That drove the prices up for houses with lots of space, Boles said.

It also led to the increase of realtors in the city. Boles said there are now 4,400 association members, another record high. She said a fall in sales this year will mean tough competition for business.

“As a consumer, you definitely have options to look for in professional realtors. And I think you have to, as a realtor, have a solid business plan for how you’re going to work your market,” Boles said.

“There’s still a buyer in the market but instead of maybe looking at a detached home, they’re looking for an attached house, a rowhouse and apartment/condominium, absolutely.”

Realtors Association of Edmonton forecast for 2023:

Lower prices and fewer sales are expected in 2023, as the market returns to pre-pandemic conditions. Boles described the situation as “stable,” especially if interest rate hikes are nearing an end.

The Bank of Canada has hiked its key interest rate seven times since March to 4.25 per cent. Economists expect at least one more bump as the central bank tries to combat decades-high inflation.

Bole said that caused the number of the homes on the market to fall at the end of last year, as owners held on during uncertainty. She believes an end to rate hikes would get the market moving again.

“I think we’ll see the market and people stabilize. They’ll get more confidence. Again, we have people in Alberta that are continuing to work and we do have one of the highest incomes levels, so that will still keep people in the market, as well as the in-migration into the province,” she stated.

The Year of the Buyer: Canada’s Luxury Real Estate Market

Active listings of single-family homes on the Mid-Island rose 108 per cent year-over-year, but dropped by 4 per cent from December.

The average price for a single-family home in Nanaimo was $795,527 in January, a 23 per cent drop from last year.

In a competitive market, it is key to obtain the advice of a REALTOR®, especially in a rapidly changing environment.

These are the benchmark numbers for Nanaimo in January 2022, as well as central and northern Vancouver Island:

The monthly Nanaimo Real Estate report analyzes the Vancouver Island Real Estate market north of the Malahat and more precisely, the Nanaimo and greater area. The information included here does not reflect the actual value of any particular property. You can find out what your home is worth by contacting a RE/MAX of Nanaimo’s agents here.

State of the Union shows Biden focused on 2024, not economy, inflation – USA TODAY

Disney to lay off 7,000 workers in major cost-cutting restructure – CBC.ca