MONTREAL — Air Canada pilots have ratified changes to their contract that will help the carrier grow its cargo business, as airlines scramble to minimize the pandemic’s toll on their bottom lines.

The Montreal-based airline said Friday that it would convert several of its retired Boeing 767 aircraft to carry freight and that it had appointed a new executive, Jason Berry, to oversee its cargo division.

“Air Canada and Air Canada Cargo have pivoted quickly to new and unique commercial opportunities in response to evolving market conditions over the past 11 months,” Lucie Guillemette, Air Canada’s chief commercial officer, said in the statement.

The airline has looked to cargo as a potential opportunity in an otherwise bleak year.

In May, Air Canada announced it was adding flights to Bogota, Lima, Amsterdam, Dublin and Madrid to its cargo service, which includes up to 100 international all-cargo flights per week, according to the airline.

With passenger demand low, other major airlines, like American Airlines and United Airlines, have begun operating cargo-only flights this year, hoping to stem their losses. In the third quarter of 2020, United’s cargo revenue jumped nearly 50 per cent compared with the previous year.

The announcement Friday came as Canadian airlines await a decision from Ottawa on financial support for the industry. The government pledged in September to provide support for hard-hit businesses in the travel and tourism industries, but it has yet to announce a detailed plan.

Michael McKay, chair of the Air Canada Pilots Association’s master elected council, said the organization’s members voted on the revised agreement earlier this month. The Boeing aircraft, which have been grounded and were exiting Air Canada’s fleet, will form a new fleet once they are converted to a freighter configuration, McKay said.

Berry, whose appointment as vice president for cargo begins Jan. 1, will join Air Canada from Alaska Airlines’ wholly owned subsidiary McGee Air Services, where he was president. He led Alaska Airlines’ cargo business from 2012 until June 2019. 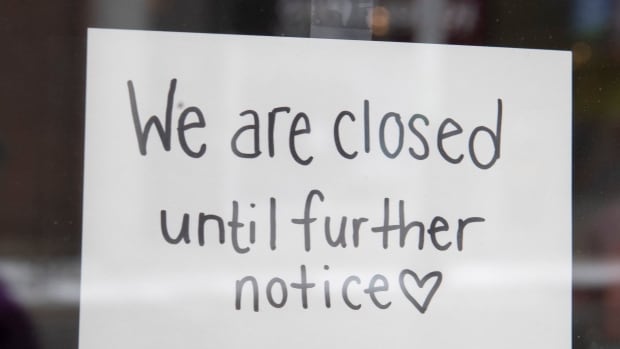 More than 200,000 Canadian businesses could close permanently during the COVID-19 crisis, throwing millions of people out of work as the resurgence of the virus worsens across much of the country, according to new research.

The Canadian Federation of Independent Business said Thursday one in six, or about 181,000, Canadian small business owners are now seriously contemplating shutting down.

The CFIB surveyed 4,129 of its members in an online questionnaire between Jan. 12 and 16. Because it was just of CFIB members, the poll is not statistically randomized, but a properly randomized poll of that size would be considered accurate within 1.5 percentage points, 19 times out of 20.

An estimate by the CFIB last summer said one in seven or 158,000 businesses were at risk of going under as a result of the pandemic.

Based on the organization’s updated forecast, more than 2.4 million people could be out of work — a staggering 20 per cent of private sector jobs.

Simon Gaudreault, CFIB’s senior director of national research, said it was an alarming increase in the number of businesses considering closing.

“We are not headed in the right direction, and each week that passes without improvement on the business front pushes more owners to make that final decision,” he said in a statement. “The more businesses that disappear, the more jobs we will lose, and the harder it will be for the economy to recover.”

The grim new research comes after a brutal year for Canadian businesses.

“There’s a lot at stake now from jobs, to tax revenue to support for local soccer teams,” Jones said. “Let’s make 2021 the year we help small business survive and then get back to thriving.”

There’s a major flaw in Manitoba’s COVID-19 immunization plan for personal-care homes that has caught the province off guard.

Newly arrived seniors at care homes where residents have already been vaccinated may have to wait up to a month for their first shot, with no plan on when their second dose will be administered.

However, seniors who miss the first round, including new or re-admitted residents (or those too ill to be vaccinated at the time), have to wait for the immunization team to return to get their first shot. That could take up to four weeks. In a pandemic, that could be life or death.

“Residents admitted between the two scheduled doses may be able to receive their first dose when the team arrives to administer the second dose,” a provincial spokesperson said in an email.

What’s more, there appears to be no plan in place to administer their second injections.

“It is preferred that the site arrange for the second dose to be administered,” the spokesperson said.

This is a major oversight.

Dr. Joss Reimer, medical lead with the vaccine implementation task force, has emphasized repeatedly how important it is for everyone to get their second dose within the manufacturer’s timeline (21 days for the Pfizer-BioNTech vaccine and 28 days for the Moderna version).

The second dose is required for maximum protection and long-term efficacy. That’s especially important for seniors living in congregate settings such as personal-care homes, Reimer said.

“This population is our top priority,” she said Wednesday. “It is critical that we offer them that second dose.”

Yet the province has still not figured out how to avoid lengthy delays for first doses, or how to administer followup shots for many care-home residents. (There is a steady stream of residents arriving at care homes every week, including many from hospital who were awaiting placement).

When pressed further, provincial officials would say only that they’re still working on the problem.

“With vaccination now underway for Manitoba’s PCH residents, we are reviewing plans to ensure we include new admissions or re-admissions to PCH within our immunization schedules,” the provincial spokesperson said.

In other words, there is no plan. If they had one, they would make it public.

The province continues to blame the recent Pfizer shipment delays for many of its vaccine-rollout troubles. However, this has nothing to do with delivery schedules. The oversight is another example of poor planning.

All jurisdictions were aware last summer that vaccines could be approved for emergency use as early as the end of 2020. A vaccine team, led by someone experienced in large-scale logistical planning, should have had detailed plans months ago.

Instead, the province is making decisions on the fly, without experienced leadership. (Doctors who specialize in public health and government bureaucrats whose jobs normally include drafting budgets do not necessarily have backgrounds in logistical planning).

“With vaccination now underway for Manitoba’s PCH residents, we are reviewing plans to ensure we include new admissions or re–admissions to PCH within our immunization schedules.” –Provincial spokesperson

What Manitoba needs now are mobile vaccination teams that can do followup at long-term care homes to ensure all residents get timely first and second doses. Arranging for booster shots should not be left up to individual facilities, as the province has proposed. There is far too much room for error and neglect (given the track record of some nursing homes) to leave it in their hands.

Immunizing the most vulnerable as quickly as possible is the key to mitigating death and protecting hospital capacity. Nearly half of Manitobans who have died of COVID-19 were residents of care homes.

Premier Brian Pallister said last week he hopes the media doesn’t focus on every “hiccup” of his government’s immunization plan. This isn’t a hiccup; it’s a major blunder that could cost lives. It needs to be rectified immediately.

Tom has been covering Manitoba politics since the early 1990s and joined the Winnipeg Free Press news team in 2019.

Two pending COVID vaccines could boost Canada's rollout efforts, but they're not yet approved – National Post

AstraZeneca did a separate clinical trial last year that other countries have relied on to approve the vaccine. That trial, however, had a dosing error, where some participants were given two full doses while some were given a half dose combined with a full dose.

Overall, the vaccine was shown to be 70 per cent effective at preventing people from developing COVID, but the company started a second trial to gather more data without the error.

Dr. Isaac Bogoch, an infectious disease physician and member of Ontario’s vaccine task force, said the dosing error is something that needs to be closely scrutinized.

Bogoch said Canadians have to have confidence in the vaccines, because a shot people are reluctant to take doesn’t help the situation.

Steven Kerfoot, an associate professor of immunology at Western University, Ont.,  said the problem with AstraZeneca’s trial is that it wasn’t complete and the regulators need a full picture.

“And so the expectation from Canada’s understanding is that they want to see a complete trial with efficacy and safety data built in.”