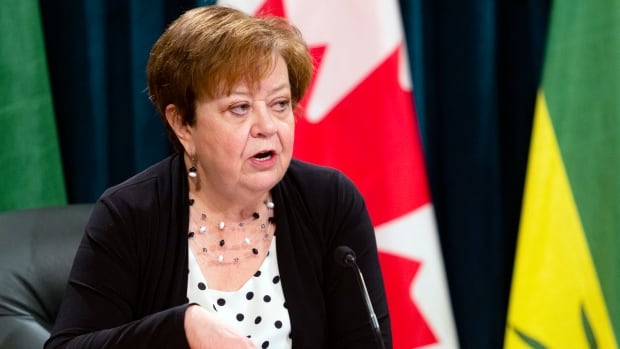 Earlier this year, the provincial government forecasted a $2.4 billion deficit but today’s report showed that to be sitting around $2 billion, an improvement of $381.5 million from this year’s budget.

Revenue projections also saw an increase, to the tune of $503.5 million, or 3.7 per cent from the provincial budget announcement.

“The increase from budget is due to higher federal transfers, higher government business enterprise net income and higher non-renewable resource revenue,” a statement from the Ministry of Finance said.

Tax revenues were projected to decrease by $41.2 million as a reduction in the small business tax rate was factored in. Other tax and own-source revenue forecasts were unchanged from the budget.

Expenses were forecasted to be $16.2 billion, an increase of $122 million, or 0.8 per cent. The increase covered money for the health, education, municipal and tourism sectors and was partly offset by lower-than-budgeted pension expenses and crop insurance claims expenses.

The mid-year forecast included the impacts of the government’s election commitments, totalling $91.7 million.

She noted that the contingencies are set aside to protect the healthcare system and said the province will do “whatever it takes” to ensure the system is supported through the COVID-19 pandemic.

“There is no way to say what the magic number will be … compensation salaries is going to be a big part of that, and that is something that we couldn’t pre-pay,” Harpauer said on Friday.

“At 160 million, that will deal with quite a bit of that pressure for the next few months.”

In reflecting on the numbers, Harpauer said she was pleased to see the provincial economic indicators were stronger than what was initially anticipated.

“I will always have a nervousness for those two factors because they will affect this budget in a big way,” Harpauer said.

Drop in public and net debt

The ministry said public and net debt are both down compared to the budget’s forecasts.

Estimates showed Saskatchewan’s net debt-to-GDP ratio, as of March 31, 2021, would be at 19.6 per cent, one of the lowest in the country, and the ministry touted Saskatchewan’s credit rating as the second-highest in Canada.

“Saskatchewan’s economy has performed better than originally anticipated in the June 2020 budget,” Harpauer said in the provncial release.

“Real GDP is forecast to decline 5.0 per cent, compared to a decline of 6.3 per cent forecast at budget. Saskatchewan’s unemployment rate was the lowest in Canada in October and total employment, on an unadjusted basis, is nearing pre-pandemic levels.  As a result, our planned path to balance in 2024-25 is unchanged.”

Bank of Canada says vaccine could cause economy to rebound faster than expected – TheChronicleHerald.ca