Several people were hurt in Myanmar on Sunday as police cracked down on protests against military rule by firing stun grenades, tear gas and by firing into the air, witnesses and media said.

Several bloodied people were seen being helped away from protests in the main city of Yangon in images posted by media outlets, but it was not clear if they were hurt by rubber bullets or live fire.

The Myanmar Now media group said people had been “gunned down” but it did not elaborate. (Writing by Robert Birsel; Editing by Christopher Cushing) 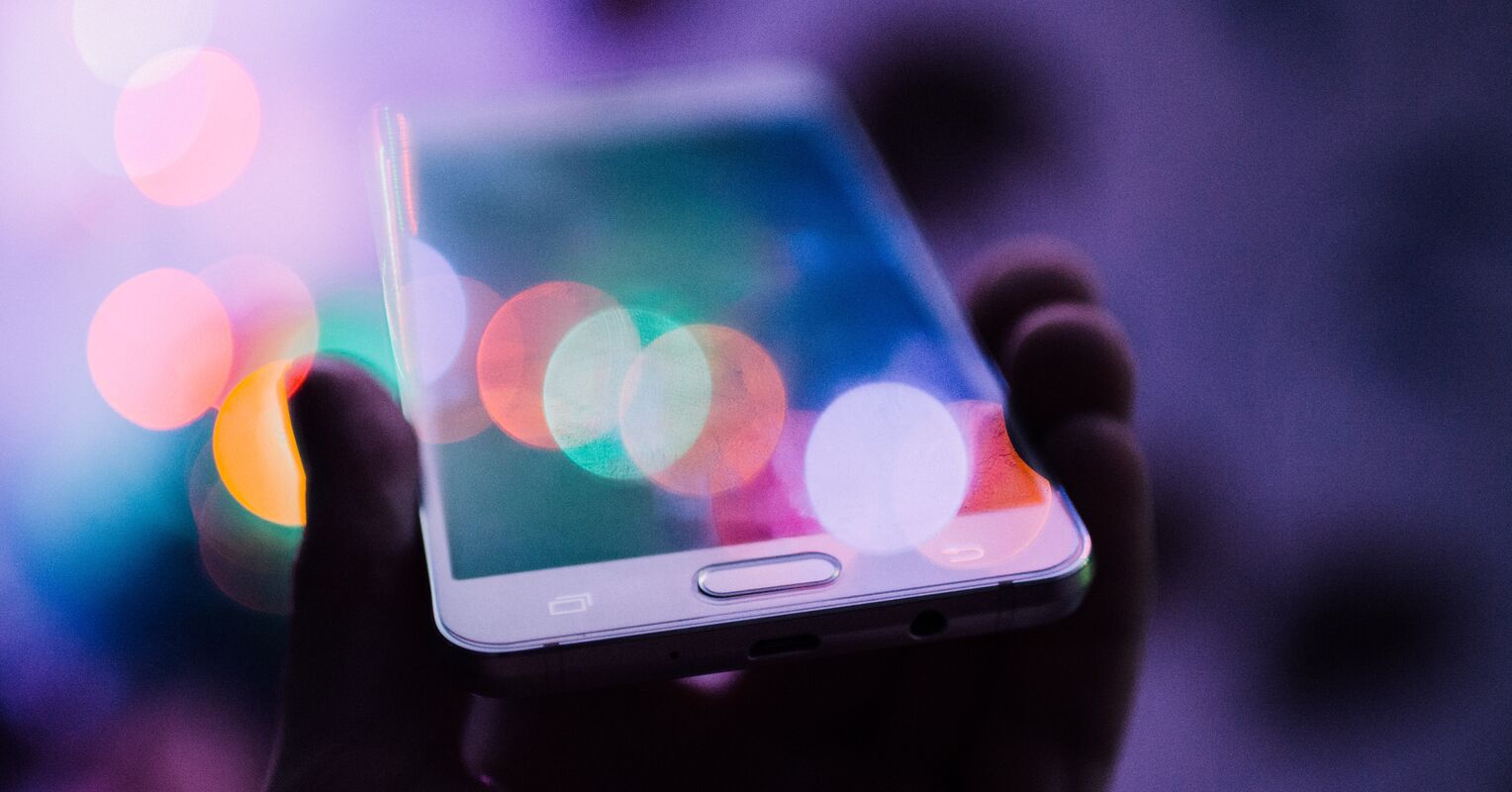 A recently published study suggests that ‘likes’ on Instagram work in similar ways to the delivery of food to a hungry rat pressing a lever in a Skinner Box1.  The faster that ‘likes’ are received, the more postings are made.  The results have led to some media speculation that this is the source of obsessional or addictive use of social media, and about the dopamine-related nature of such behaviours2.  In themselves, such suggestions are not novel, as I have discussed previously3, but the results from this new study are interesting for the assumptions they reveal about the way reinforcement impacts behaviour during conditioning.  This sparks a number of considerations about whether reward-directed actions are the only mechanism that explain high rates of social media use.

At root, reinforcement theory sounds very simple (the word ‘sounds’ should be a clue that what is to follow isn’t simple at all).  You make a response, you receive an outcome, and, if the outcome is ‘good’, then you make the response more frequently.  This can be called ‘instrumental conditioning’ or ‘operant conditioning’, and it is associated with the work of B.F. Skinner.  Taking this concept further, the authors of the manuscript1 (more or less) correctly claim that the higher the rate of reinforcement (‘likes’), the higher will be the rate of response (or, in their terms, the shorter will be the gap between postings).  This relationship between the rate of response and the rate of reinforcement is called ‘The Matching Law’, and it has been used for many years to explain many aspects of behaviour, both human and nonhuman4.

The new study of the impact of ‘likes’1 suggests the idea of reinforcement could be applied to understand social media usage.  In a series of different studies, patterns of social media postings were analysed in terms of the relationship between the speed at which successive posts were made, and whether or not the preceding post received a ‘like’.  As would be predicted, receiving a ‘like’ was related to shorter latencies to make the next post.  A good feature of this study was that this pattern was seen in both analyses of real world Instagram responses (albeit from quite specialised sets of posts), and in an experiment where the rate of ‘likes’ was manipulated.  These are good data, corroborating what many people have suggested for some time3, but the question is: do they show that reward learning drives social media use?  There are some caveats that need thinking through – there are always such caveats with a study, so that is not an issue, in itself, but they are worth considering, nonetheless.

From a reinforcement theorist’s perspective, perhaps of even greater interest than the basic result, which might have been predicted, was that the relationship between posting and ‘likes’ differed between different sets of individuals.  There were individuals who showed patterns of responding very strongly related to the rates of ‘likes’, and others who did not show this pattern.  The authors suggest that these groups differed from one another in personality, and one group did not value social reward.  Whether personality is involved, or not, is a debatable point, but the fact that the data show this pattern suggests the possibility that responses are under reinforcer control.  Only when there is a reinforcer do we see a predictable pattern – if ‘likes’ are not reinforcing, then the pattern does not occur – it does not just happen for everybody.  Identifying what an individual values before the study, using some functional assessment procedures, would add weight to this suggestion.

An aspect of reinforcement theory, not given as much analysis as it might have been in the published model1, is that, in such complex reinforcement situations – where organisms are free to make responses without constraint (that is, on free-operant schedules) – not all responses are controlled directly by their outcomes.  This has implications for whether reward of behaviour represents all that there is to be understood about social media use from the perspective of learning theory.  In fact, the degree to which these ‘like’ rewarded responses are involved in social media use, and, potentially, social media addiction, could be profitably analysed further.

It has long been suggested that some responses on free-operant schedule situations are directed towards the outcome (sometimes called goal-directed actions), while some responses are driven by the stimuli that are present at the time the response is made (sometimes called habits)5,6.  The authors of the new study1 discussed, with some insight, the role of ‘likes’ in producing behaviour, and implicitly equated these ‘likes’ with rewards controlling goal-directed actions.

However, by positively conditioning the stimuli associated with social media, ‘likes’ also make it more likely that the sight of these stimuli (the mobile phone, for example) will drive people’s behaviour – a sort of habitual response, emitted when those stimuli are present6.  This process has been suggested to play a role in gambling addictions (the sight of the slot machine, with its noisy and bright attractive stimuli drives gambling).  Such conditioning in the context of social media would require the presence of reinforcers, such as ‘likes’, but they do not always act to produce reward-directed behaviours, and the neural pathways of these stimulus-driven habits may be different to reward-related dopamine pathways.  Such habitual behaviours may also be harder to remove7, and they have been shown to differ between personality types8.

Some responses in free-operant schedules are neither goal-directed actions nor stimulus-driven and habitual, but rather are ‘schedule-induced’.  Put very loosely indeed, schedule-induced responses are emitted when an organism has to fill in the time between the deliveries of reinforcements9.  There is somewhat more to it than this, but it is a good enough description to allow understanding of another cause of excessive social media behaviour.  When reinforcers are spaced out, behaviours, which can be emitted in that context, will be emitted between the reinforcers – behaviour expands to fill the time available.  It may be that the reinforcers in question are not even connected to social media (e.g., real chats with friends), but, in the gap between these other reinforcing events, social media is a behaviour that can fill the time, so it does.

Our understanding of schedule-controlled behaviour is vast, being derived from nearly a century of empirical work.  It is widely, and unjustly, ignored in Psychology – but it always seems to have incredibly informed and interesting suggestions about the sources of behavioural control.  It always suggests that things are more complicated than people think – and the area of social media use is no exception – and perhaps that is why schedules of reinforcement aren’t invoked as much as they should be.

(Reuters) – Police in Myanmar launched their most sweeping crackdown in three weeks of nationwide protests against military rule on Saturday, arresting hundreds of people and shooting and wounding at least one person.

State television announced that Myanmar’s U.N. envoy had been fired for betraying the country, a day after he urged the United Nations to use “any means necessary” to reverse the Feb. 1 coup that ousted elected leader Aung San Suu Kyi.

Myanmar has been in turmoil since the army seized power and detained Suu Kyi and much of her party leadership, alleging fraud in a November election her party won in a landslide.

The coup, which stalled Myanmar’s progress toward democracy, has brought hundreds of thousands of protesters onto the streets and drawn condemnation from Western countries, with some imposing limited sanctions.

Police were out in force early on Saturday, taking up positions at usual protest sites in the main city of Yangon.

Confrontations developed as people came out despite the police operation, chanting and singing. They scattered into side streets and buildings as police advanced, firing tear gas, setting off stun grenades and shooting guns into the air. Police set upon some people with clubs, witnesses said.

State-run MRTV television said more than 470 people had been arrested across the country. It said police had given warnings before dispersing people with stun grenades.

“People blocked the roads without reason. Among those arrested, we will scrutinize those who organize the protests and take tough action,” it said.

The Assistance Association for Political Prisoners rights group said it believed the number of arrests was higher, with at least 10 prison buses carrying 40 to 50 people each taken to the Insein Prison in Yangon.

Several journalists were among those detained, their media organisations and colleagues said.

“We’re fighting to end to this military bullying which has been going on for generation after generation.”

Police confronted protesters across the country. Among those detained in the second city of Mandalay was Win Mya Mya, one of two Muslim members of parliament for Suu Kyi’s National League for Democracy (NLD), media said.

One woman was shot and wounded in the central town of Monwya, local media 7Day News and an emergency worker said. 7Day and two other media organisations had earlier reported that she was dead.

Junta leader General Min Aung Hlaing has said authorities have been using minimal force. Nevertheless, at least three protesters have died over the days of turmoil. The army says a policeman has been killed in the unrest.

Activists called for another day of protests on Sunday.

Saturday’s violence came a day after Myanmar’s Ambassador Kyaw Moe Tun told the U.N. General Assembly he was speaking on behalf of Suu Kyi’s government and appealed for help to end the military coup.

MRTV television said he had been fired in accordance with civil service rules because he had “betrayed the country” and “abused the power and responsibilities of an ambassador”.

However, the United Nations has not officially recognised the junta as Myanmar’s new government.

U.N. Special Rapporteur Tom Andrews said he was overwhelmed by the ambassador’s “act of courage”, adding on Twitter “It’s time for the world to answer that courageous call with action”.

China’s envoy did not criticise the coup and said the situation was an internal Myanmar affair, adding that China supported a diplomatic effort by Southeast Asian countries to find a solution.

The Myanmar generals have traditionally shrugged off diplomatic pressure. Australia’s Woodside Petroleum Ltd said it was cutting its presence in Myanmar over concern about rights violations and violence.