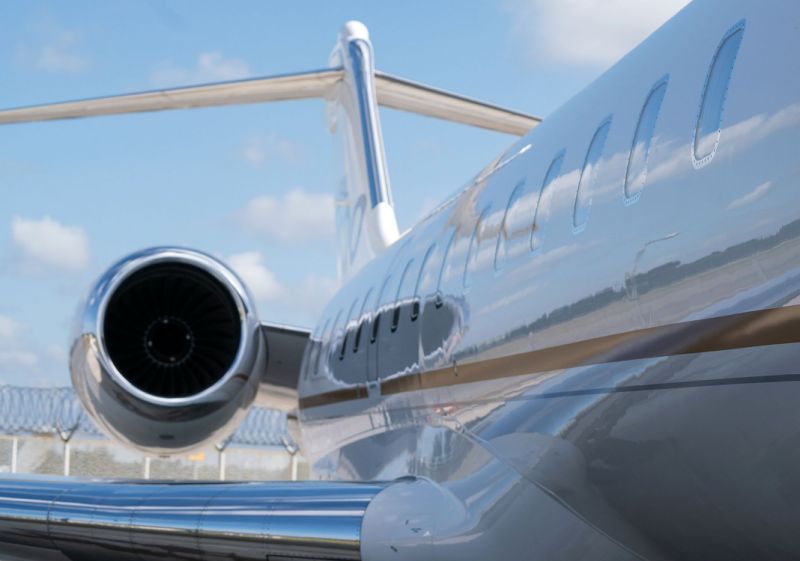 (Bloomberg) — Bombardier Inc. fell the most on record after warning of disappointing fourth-quarter sales and revealing that it may exit a joint venture with Airbus SE that makes the A220 jetliner.

A ramp-up in A220 production will require additional cash investment, pushing back the break-even point and generating lower returns across the lifetime of the project, Bombardier said in a statement Thursday. The value of the A220 joint venture is likely to be diminished and the amount of any writedown will be disclosed with full 2019 results next month, the company said.

Profitability and free cash flow are “significantly lower than previously anticipated,” amounting to a big setback for the company, Fadi Chamoun, an analyst at Bank of Montreal, said in a note to clients. Bombardier’s reassessment of its participation in the A220 program is likely to result in a writedown, he said.

Bombardier plunged 36% to C$1.14 at 10:09 a.m. in Toronto after sliding as much as 39% for the biggest intraday tumble on record. That dragged shares to the lowest level in almost four years.

Bombardier said fourth-quarter sales would be $4.2 billion, trailing the lowest analyst estimate in a survey by Bloomberg.

The results were dragged down in part by new challenges in the company’s rail division. Bombardier said it would take a $350 million accounting charge because of problems in London, Switzerland and Germany.

The timing of milestone payments and the slippage of four business-jet deliveries into the first quarter of 2020 also clipped results late last year, Bombardier said.

Liquidity remains strong, with year-end cash on hand of roughly $2.6 billion, Bombardier said. But the company is considering alternatives to accelerate its deleveraging and strengthen its balance sheet.

“The final step in our turnaround is to de-lever and solve our capital structure,” Chief Executive Officer Alain Bellemare said in the statement. “We are actively pursuing alternatives that would allow us to accelerate our debt paydown.”

The company is scheduled to report full earnings Feb. 13.

The potential end of Bombardier’s involvement in the A220 would cap a retreat that began in 2018 when the company ceded control of the platform to Airbus for no upfront cash. The plane won praise for its fuel-efficient engines, composite wings and larger than usual windows. But the program ran more than two years late and about $2 billion over budget, and Bombardier had trouble finding buyers in an industry dominated by Airbus and Boeing Co.

Airbus said it would continue funding the A220 program “on its way to break-even.” The European aerospace giant owns a 50.01% stake in the regional jet, with Bombardier retaining 31% and state-backed Investissement Quebec holding some 19%.

The jet added 63 orders in 2019, with 105 currently in service and a backlog of close to 500 planes. Airbus will begin producing the A220 on a second assembly line this year at its factory in Mobile, Alabama.

Bombardier agreed last year to sell a plant in Belfast, Northern Ireland, that makes wings for the A220. The buyer, Spirit AeroSystems Holdings Inc., is seeking to boost its exposure to Airbus programs after suffering as a supplier to Boeing’s grounded 737 Max.

To contact the reporters on this story: Siddharth Philip in London at sphilip3@bloomberg.net;Paula Sambo in Toronto at psambo@bloomberg.net

To contact the editors responsible for this story: Anthony Palazzo at apalazzo@bloomberg.net, ;Brendan Case at bcase4@bloomberg.net, Christopher Jasper, Tony Robinson

Your Education and Certificates Need to Align the Job Requirements

After your professional experience, your education/certifications (verified skills) will be the next section on your resume the reader will use to judge whether you go into the “to be interviewed” pile.

Many job seekers apply to job postings knowing they don’t have the education/certification requirements. They believe their “experience” will compensate. With so many highly qualified job seekers now on the job market this is rarely the case. If your education/certifications align with the job requirements, the education section of your resume will play a critical part in setting you apart from all the “spray and pray” job seekers.

Suppose a job posting for a Director of Finance lists as a qualification “Canadian Accounting Designation (CPA).” You have a university degree and 15 years of experience managing a mid-size company’s finances, but no CPA—don’t bother applying. Job postings generate an influx of applicants. Undoubtedly there’ll be many applicants who possess a CPA applying. There’s also the employer’s ATS to consider, which likely has been programmed to scan for “CPA.”

Education background information you should provide:

When it comes to presenting your educational background keep your ego in check. You may have impressive education background; however, it may not be impressive for the job you’re vying for. Prioritize relevancy over perceived prestige.

Here’s my suggestion how to present your education/certificates (there’s no hard formatting rule):

As I’ve pointed out in previous columns— there’s no universal hiring methodology. No two hiring managers assess candidates the same way. Depending on the job requirements respective employers search for different things when it comes to a candidate’s education. Read the qualifications in the job posting carefully. Then present your education/credentials accordingly. Don’t hesitate to add/remove courses to better tie in your education towards the job. It’s for this reason I suggest you list courses, not just your degree/certification. Listing of courses is rarely done, doing so will give your resume a competitive advantage.

You’ll have noticed my examples indicated start and end dates. Many “career experts” advise against this. The thinking being dates, even just the graduation year, will give employer’s a sense of your age, which if your over 45 can hinder and prolong your job search. This advice is supposed to be a workaround to ageism. However, these same “career experts” unanimously agree employment dates (month/year) need to be indicated. To me, this is a mixed message.

I believe in complete transparency from both sides of the hiring process. Full transparency ensures the likelihood of there being a solid fit for both parties. At some point, whether when the employer checks your digital footprint or interviews you, your interviewer will have a good indication of your age. Besides, not mentioning dates, which I call “obvious” information, is a red flag.

If your age is a deal-breaker with an employer, they aren’t the employer for you. The job search advice I give most often: Seek employers who’ll most likely accept you, where you’ll feel you belong—look for your tribe.

Some professions, such as finance or healthcare, require specific certifications or degrees. In such cases, show you have the necessary “must-have” (a deal-breaker if you don’t) credentials by placing your education at the top of the page just below your contact information before your professional experience.

One last note: Often overlooked is education in progress. If relevant, this should be included in your resume. In this case, list pertinent courses and the month/year you intend to graduate.

Using suggestions in this and previous columns you are now able to create a resume that “WOWs.” Next week, I’m going to begin discussing cover letters. Yes, many hiring managers, like myself, do read cover letters, which have one purpose—to give the reader a reason to read your resume.