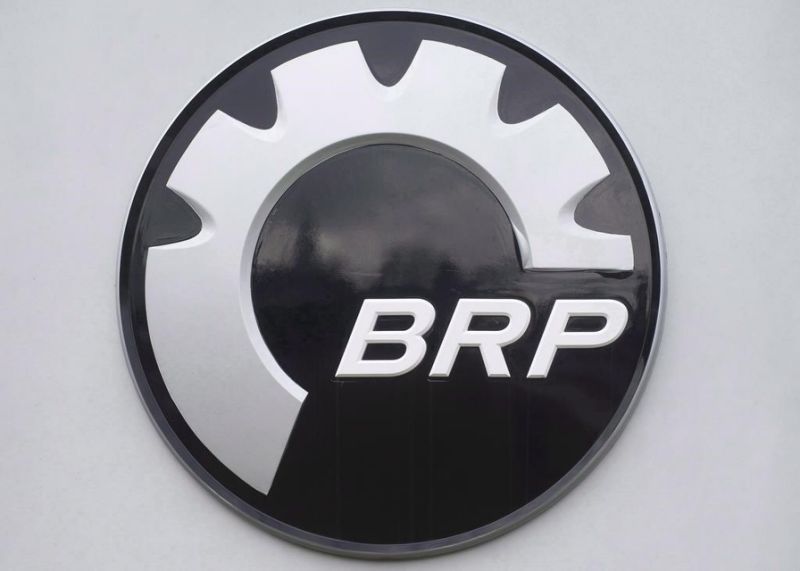 First-quarter sales fell in all regions except the United States as the virus prompted staggered closures at dealerships and plants between January and May.

Despite year-over-year retail sales growth of about 35 per cent in May, the Valcourt, Que.-based company expects a 40 per cent revenue decline in the second quarter, propped up only by sustained demand among Americans.

“We’re not seeing the pickup (in Europe or Asia) that we’re seeing in the U.S.,” chief financial officer Sebastien Martel said on a conference call with analysts Thursday.

Chief executive Jose Boisjoli said “staycations and social distancing” will work to the advantage of the power sports vehicle producer. But he acknowledged that the fallout of an ongoing recession could weigh more heavily on sales, with revenue expected to drop between 10 and 20 per cent in the second half of its financial year.

“The unemployment rate is going up, consumer confidence is low and housing starts have reduced. All of this at one point will catch up,” he said.

The softer prospects prompted the company to shore up liquidity with a US$600-million loan, which matures in 2027.

BRP manufacturing operations will have resumed by next week in all six countries where it has plants following shutdowns that began between January and March, Boisjoli said.

Production will not be hampered despite physical distancing measures, but shipping will likely remain less efficient until the company builds up its inventory to ship in greater bulk, he added.

The comments came a day after BRP said it would cut 650 jobs or about five per cent of its global workforce as it stopped producing outboard motors — where sales were lagging before the global health crisis — part of up to $450 million in cost reduction measures slated for this year.

“For us, it’s a bit sad that we discontinued the production of the Evinrude — the outboard engine,” Boisjoli said. “The impact of COVID-19 has left us no choice.”

Three-wheeled motorcycles, whose sales surged in 2019, saw revenue fall by more than 40 per cent year over year in the first quarter as driver licensing offices shut down in many regions.

“The on-road industry suffered the most from containment measures due to the closure of riding schools and licence issuers and the cancellation of demo tours,” Boisjoli said.

In December 2018, he told The Canadian Press he hoped to triple global sales of three-wheelers by 2023 to more than $1 billion.

Sales of luxury items such as sporty roadsters and new Ski-Doos often wither in a recession, aggravated by an unemployment rate hovering at around 13 per cent in Canada and 15 per cent in the U.S.

“We do not believe the recent retail strength is sustainable and expect weaker economic conditions later in the year,” National Bank analyst Cameron Doerksen said in a research note.

BRP reported a loss of $2.58 per diluted share for the quarter ended April 30 as it took a $171.4-million impairment charge related to its marine business compared with a profit of $23.8 million or 25 cents per diluted share a year ago.

Revenue in the quarter fell eight per cent to $1.23 billion compared with $1.33 billion during the same period in 2019.

This report by The Canadian Press was first published May 28, 2020.

Companies in this story: (TSX:DOO)

A First Nation in southern Alberta has implemented a curfew as its health workers monitor more than 200 people for signs they may have developed COVID-19.

Siksika Nation Chief Ouray Crowfoot said in video messages posted on Facebook that as of Thursday there were 21 known COVID-19 positive cases with links to the community west of Calgary, and that five separate and unrelated case clusters had been uncovered in the previous 12 days.

Crowfoot said that as of Wednesday, 258 Siksika Nation members were under “active investigation and daily followup” by the community’s health services team — a number he said had quadrupled in only three days.

On Friday, councillors approved a temporary curfew from 11 p.m. to 5 a.m. local time, with exceptions that Crowfoot said can be made on an as-needed basis for work or other reasons.

Crowfoot encouraged Siksika Nation members to co-operate with health officials if they call, and to avoid non-essential travel to nearby cities.

He said the risk of community transmission is high and that each new case cluster makes it even harder to contact trace and isolate people fast enough.

In a message posted Friday, Crowfoot said his community had met meeting with federal Indigenous Services Minister Marc Miller and Alberta Indigenous Affairs Minister Rick Wilson to address shortfalls in resources for dealing with the pandemic.

Crowfoot said the community’s annual Sun Dance ceremony was continuing, but that each participant was being tested prior to entering and that health workers were screening people as they came and went.

“It is understandable that people may feel anxious regarding this current situation, but if we continue to stay vigilant to the public health measures and do our best to limit travel and to avoid gatherings we have a chance to slow down the spread on our nation and also give our health team a chance to do their job,” Crowfoot said.

The province is set to launch its non-medical mask distribution program again, following a pause after the first round of handouts.

Starting July 13, Albertans will be able to once again pick up free non-medical masks at A&W, McDonald’s Canada and Tim Hortons locations.

Albertans are encouraged to wear the masks in public as part of the ongoing effort to slow the spread of COVID-19.

Twenty million masks were handed out during the first phase of Alberta’s mask program, which ran from June 8 until June 22.

“The first phase of free mask distribution in Alberta was a huge success and the response was an incredible show of community support,” said Tyler Shandro, Alberta’s minister of health. “Thank you to all Albertans who are doing their part to keep each other safe as we move through Stage 2 of relaunch.”

Another 20 million masks will be handed out in the second phase.

While the province has not made wearing non-medical masks mandatory, it is strongly recommended to wear one when you cannot maintain a physical distance of two metres from others.

Along with the restaurant distribution program, the province is also providing masks directly to some organizations and groups, including municipalities without access to a restaurant location, First Nations, seniors’ facilities, shelters, places of worship and transit services across the province. The government also said it has partnered with 7-Eleven Canada to ship the masks out to transit services.

Albertans can contact 211 if they need help getting a mask. More information is also available online.

CALGARY —
Albertans looking for non-medical masks will be able to pick them up again at drive-thrus at a number of businesses throughout the province later this month.

Alberta’s Minister of Health Tyler Shandro called the first phase of the project a “huge success.”

“The response was an incredible show of community support. Thank you to all Albertans who are doing their part to keep each other safe as we move through stage two of relaunch,” he said in a release Sunday.

The first phase of mask distribution saw 20 million masks given to Albertans in June.

In addition to the new supply at drive-thrus, the government says it is also providing more PPE to the following locations:

The first supply of non-medical masks began distribution on June 8. They were available, free of charge, at A&W, McDonald’s and Tim Hortons locations throughout the province.

Officials say the masks are intended to be given out equally to all Albertans and it relied on the ‘honour system’ to ensure all residents had a fair chance at receiving one.

It cost the province approximately $15 million to acquire the supply of masks, but Shandro said during the initial announcement that Alberta could not come up with an “unlimited” amount of masks.

“I encourage all Albertans to source their own supply of non-medical masks from local retailers or to consider using a homemade mask when they’re out in their community,” he said. “This allotment of four masks should be considered a supplement to store-bought or homemade masks.”

The City of Calgary also signed onto the plan when it announced it would be distributing a supply of masks through a variety of its partner agencies including the Calgary Police Service, Calgary Transit, and Calgary Housing, among others.

There is no exact number on how many masks will be distributed through those channels this time.

While debate about the effectiveness of masks has been raging ever since the COVID-19 pandemic was declared in Canada, the province has stood by the decision not to make them mandatory in public spaces.

“They are an option for situations where maintaining a distance of two metres is not possible,” said a release.

Premier Jason Kenney has also said he would not sign off on any legislation that would require Albertans to wear masks.

“I’ve thought long and hard about it and I really don’t want to end up in a situation where police or bylaw officers are ticketing or arresting people for not wearing a face covering,” he said. “The implications of that are deeply problematic.”

He did, however, recommend people wear them to protect others from becoming infected.