EDMONTON —
School’s out, Christmas is just around the corner and thousands of people are preparing to leave town for the holidays.

Dec. 20 is expected to be the busiest day of the year at the Edmonton International Airport, with 25,000 passengers flying in and out.

Another 50,000 people will be dropping people off or welcoming them to Edmonton.

EIA has a new, bigger security screening area to move more travellers through more quickly, but officials are still encouraging people to give themselves extra time.

“It’s always better to be a little bit more relaxed, take some time and get to the airport early,” EIA Vice President of Operations and Infrastructure Steve Maybee said on CTV Morning Live Edmonton.

Maybee also recommended packing your own bag and checking the CATSA rules on what can be packed where.Flyers are being urged to get to the airport two hours before a domestic flight and three hours before an international trip. 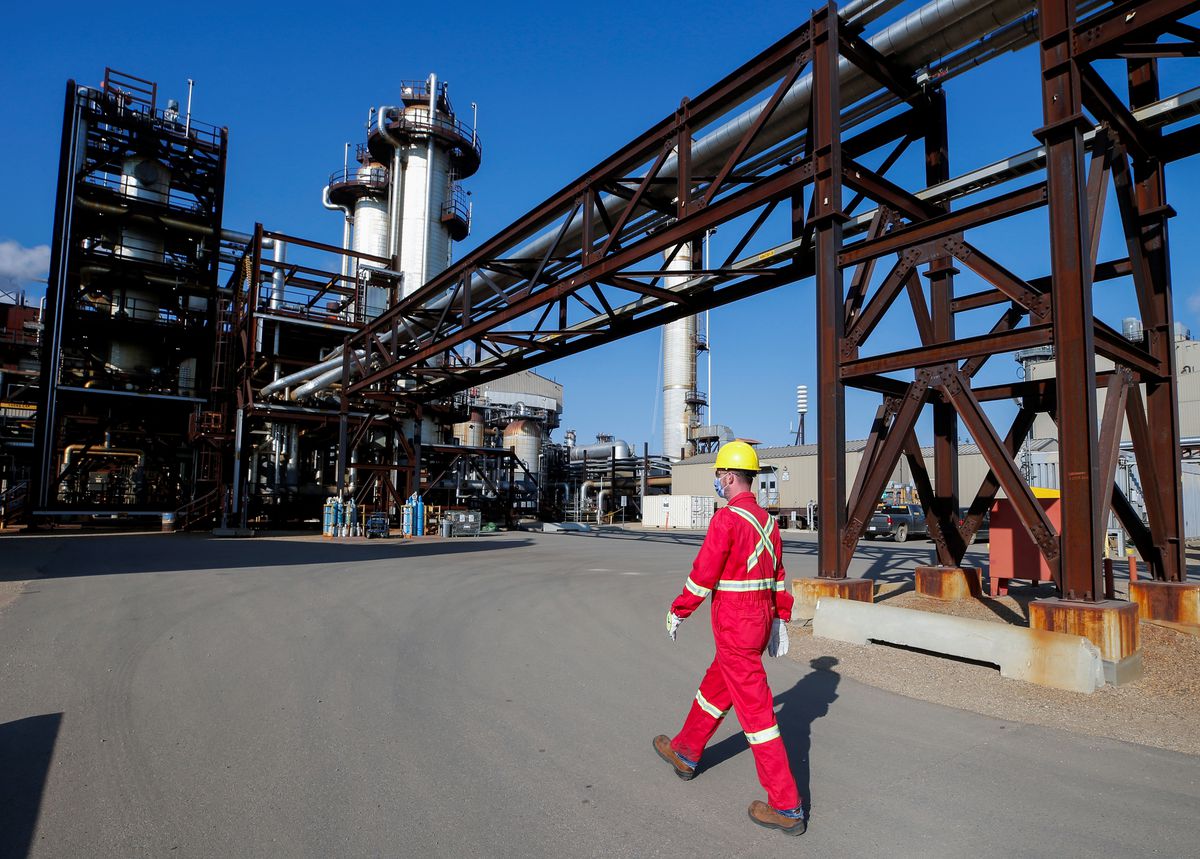 Hundreds of thousands of jobs could be at risk if Canada fails to attract sufficient private capital to transform its industries for life in a low-carbon global economy, a study by a federally supported climate think tank says.

As many as 800,000 jobs are dependent on sectors vulnerable to disruption in such a transition, including oil and gas, mining, heavy industry and auto manufacturing, according to the Canadian Institute for Climate Choices.

Those industries account for almost 70 per cent of Canada’s exports and generated more than $300-billion in export revenue and investment in 2019.

Effective policy and regulations, targeted public spending and corporate disclosure of climate risks will be key to attracting private capital and keeping the country competitive in the coming decades, the institute said.

“Canada is at a pivotal moment, when global markets are changing and governments and businesses face a choice of whether to take action to transform the economy to succeed in new market realities or watch our competitive position in the world erode,” said Rachel Samson, the organization’s clean growth research director and lead author of the report.

It is being released a little more than a week before a UN conference in Glasgow to discuss strengthening national commitments to reduce emissions. The financial sector will play a major role in the talks.

Governments and businesses will have to invest as much as $2-trillion to retool Canada’s economy to get emissions to net zero by 2050, according to a report by RBC Economics released Wednesday. The money will be required for a range of things, including modernizing and greening the power grid to allow the mass adoption of electric vehicles and retrofitting buildings to make them energy-efficient.

Ms. Samson said it would be wrong to consider the required spending as costs that would just disappear into the financial system; instead, it is an investment in cleaner economic growth. “So, in terms of thinking about the price tag, I think we have to think about the overall impact on the well-being of Canadians,” she said.

The researchers designed the study, called “Sink or Swim,” as a stress test for the economy as climate considerations take on a greater role and investors seek assets they deem sustainable. This is where competitiveness is key, they said.

Investors around the world will redirect trillions of dollars away from high-carbon sectors as countries try to meet net-zero targets. That will shift trade patterns, transform demand and put businesses that are slow to adapt in jeopardy, the study said.

Every Canadian province and territory has workers in sectors that are vulnerable to disruption in the transition to clean energy, the study said. Alberta, with its large oil and gas and energy service sectors, has the highest proportion of such workers, at 9.1 per cent of the work force, followed by the Northwest Territories at 7 per cent, Saskatchewan at 6 per cent and Newfoundland and Labrador at 5.8 per cent.

The institute argues that climate strategies have to encompass more than reducing greenhouse gas emissions. A coal mine with low emissions, for example, will still face financial issues as power generators and steelmakers move away from coal-fired facilities in response to pressure from their own governments or investors. One solution for such a business would be to switch to the minerals required for renewable energy sources or EV batteries, it said.

The report said establishing ambitious national climate targets would mean a far smaller hit to gross domestic product by 2050 than acting slowly or maintaining the status quo. With aggressive action, the economy would experience a small increase to GDP from the transition by 2050 and a loss of about 2 per cent from physical climate risk, whereas maintaining the status quo would cut GDP by almost 5 per cent and provide no uplift from the transition, it said.

Ms. Samson said mustering the political will to set policies for getting to net zero is less of a stumbling block than it was in previous years.

“It’s not only about political will anymore. Markets are developing momentum of their own,” she said. “Investors are now actively seeking ways to reduce their carbon-related risks, and unions as well have shifted toward advocating for companies to take greater action to improve their transition readiness. They see it as the way to have a future that has secure jobs.”

Jeffrey Jones writes about sustainable finance and the ESG sector for The Globe and Mail. E-mail him at jeffjones@globeandmail.com.