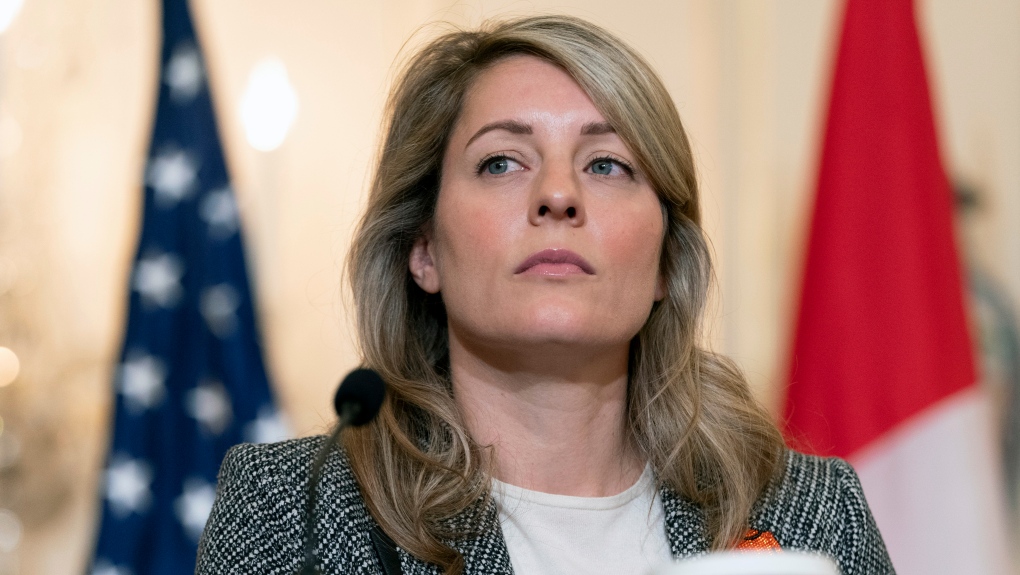 Canadian politicians need to think about what would happen if the Iranian regime actually falls, an expert says as Ottawa’s response to protests abroad becomes political fodder at home.

“The time has come for Canadians — and for people of all the world who stand for freedom against tyranny — to rally, to free Iran and to pursue a new, democratic government in that country,” Conservative Leader Pierre Poilievre said at a massive rally north of Toronto on Saturday.

Thousands of Iranians took to the streets across Iran following the death of 22-year-old Mahsa Amini in mid-September, two days after she was arrested by Iran’s morality police for allegedly wearing her hijab too loosely.

The response from the Liberal government — and the official Opposition — has started to turn into a battleground for the two rival parties.

Thomas Juneau, a University of Ottawa international affairs professor specializing in Iran, said both Liberals and Conservatives want the regime to fall, with the latter saying so more clearly.

Yet he warned that both parties need to have a better sense of which groups to support on the ground. He said the current regime is continually weakening, but doesn’t expect it to imminently collapse.

“There is no organized opposition ready to take over, if or when the Islamic Republic falls,” Juneau said in an interview.

“That’s something that proponents of regime change, even if they make a good point, tend to neglect.”

On Sunday, Trudeau tweeted that Parliament Hill would be illuminated overnight in the colours of the Iranian flag in support of the protesters.

On Monday, the Liberals announced sanctions against 25 senior Iranian officials and nine government entities, a week after promising to bar officials from entering Canada and freezing Canadian-held assets.

Ottawa says the sanctions are meant to target those who enforce repressive measures, violate human rights and spread the regime’s propaganda.

Among those to be sanctioned are the morality police force and its chief, as well as Iran’s highest-ranking soldier.

The list includes top two officials of the Islamic Revolutionary Guard Corps, major-generals Mohammad Bagheri and Hossein Salami, as well as Esmail Qaani, who is commander of the already sanctioned Quds Force, which operates outside Iran.

The sanctions will also apply to Mohammad Saleh Hashemi Golpayegani, who is the civil servant overseeing Iran’s Office of Enjoining Right and Forbidding Evil, which sets the morality codes Iranian police enforce.

Among the institutions facing sanctions will be Iran’s notorious Evin Prison, where Iran detains and often tortures political prisoners, and the IRGC cyber branch.

On Parliament Hill, Joly said that even more sanctions are coming “very soon,” adding in French that Ottawa is intentionally listing people in the top ranks.

“For us it’s important that we target particularly those people, because it’s those people who are in charge to make decisions that affect millions of people in Iran and who violate human rights,” she said.

The Conservatives have also urged Ottawa repeatedly to follow through on a motion the House of Commons adopted in 2018 to designate the Islamic Revolutionary Guard Corps, which is part of the country’s army, as a terror group.

The government has said it would only do so if security agencies endorsed the move.

Juneau and other experts have argued that targeted economic sanctions are more enforceable than designating entire organizations under terrorism laws.

Iran’s continued grave & ongoing breaches of international law are well known and documented, including its blatant disregard for human life.

In response to its gross human rights violations, we have imposed new sanctions. pic.twitter.com/LPFExmXXaw

Notable QP exchange:@MelissaLantsman: “The virtue-signaling of this gov’ts fake feminist foreign policy needs to stop. Projecting lights on the building of Parliament isn’t going to punish the brutal dictatorship…”@melaniejoly: “This not a partisan issue…”

This report by The Canadian Press was first published Oct. 3, 2022.

Nine days after Fiona, P.E.I. residents without power alarmed at pace of response