Canadian consumers and businesses are entering the second half of the year brimming with confidence about the nation’s economic prospects, a signal of what could be an imminent boom.

A gauge of business sentiment released by the Bank of Canada rose to record levels as an accelerating vaccine rollout bolsters confidence in the recovery. Separate surveys of consumer confidence from the central bank and Bloomberg News found optimism at or near all-time highs.

The numbers will stoke expectations among economists and policy makers that households and business will be in a spending mood as pandemic restrictions are lifted, particularly because they have a massive stock of savings accumulated during the crisis. The results also increase the likelihood the Bank of Canada will continue paring back its aggressive monetary policy stance at its July 14 policy decision.

The bank said there’s evidence of a nascent recovery in sectors that have struggled up to now — the vast majority of firms say pandemic-related uncertainty is behind them. Not one company surveyed reported signs of a deterioration in expected demand.

“To me, it’s just how broad-based the optimism is, whether it’s hiring plans or spending or expectation for future sales. It’s quite impressive,” Doug Porter, chief economist at Bank of Montreal, said by phone. “It says a lot that businesses are so upbeat.”

The bank’s composite gauge of business sentiment rose to 4.2 in the second quarter, the highest score in data going back to 2003. That’s up from 3 in the first quarter and as low as negative 6.9 during the height of the pandemic last year.

“Firms tied to high-contact services still face challenges but are becoming more confident that sales will pick up as vaccination rates rise,” the central bank said in the summary of its findings. “This suggests an important broadening in the recovery ahead.”

It says a lot that businesses are so upbeat

The interviews in the Bank of Canada business outlook survey were conducted from May 11 to 28, while parts of Canada were still in the middle of lockdowns to contain a third wave of the virus.

The central bank is among the first from advanced economies to shift to a less expansionary policy, having already cut its purchases of Canadian government bonds to $3 billion (US$2.4 billion) weekly from a peak of $5 billion last year.

Analysts anticipate that will come down to $2 billion per week in next week’s policy decision, before eventually falling to a weekly pace of about $1 billion by early next year.

In addition to its bond tapering, the market has priced in at least one interest rate hike by this time next year. To keep the economy flush with cash, the Bank of Canada has kept its benchmark interest rate at a record low of 0.25 per cent and purchased hundreds of billions of Canadian government bonds.

Pressure to slow down stimulus has comes as falling case numbers allow governments to finally reopen restaurants and bars after months of closures. The federal government has also begun to gradually ease border restrictions.

Canadian households have an estimated $220 billion (US$178 billion) in excess savings accumulated during the pandemic, according to a report on Friday from Bank of Montreal. That’s on top of wealth effects of rising home values that have increased net worth by about $2 trillion.

The Bloomberg Nanos Canadian Confidence Index jumped to 66.4 last week, the highest reading since surveys began in 2008. The gauge has historically averaged around 56 and had never broken the 63 barrier until recently.

A separate survey of consumers released on Monday by the Bank of Canada found spending expectations near a record, reflecting Canadians desire to unleash pent-up demand once restrictions ease.

Canada’s expansion is seen accelerating to an annualized pace of 9.1 per cent in the third quarter, with a 6 per cent gain in the final three months of 2021, according to a Bloomberg News survey of economists earlier this month.

The strong economic rebound coincides with rising inflationary expectations, a potential concern going forward for policy makers. Some 86 per cent of firms surveyed expect inflation above the Bank of Canada’s 2 per cent target over the next two years, one of the highest levels ever recorded. More than one-third see inflation above 3 per cent.

When Will China's Economy Beat the US to Become No. 1? Why It May Never Happen – Bloomberg 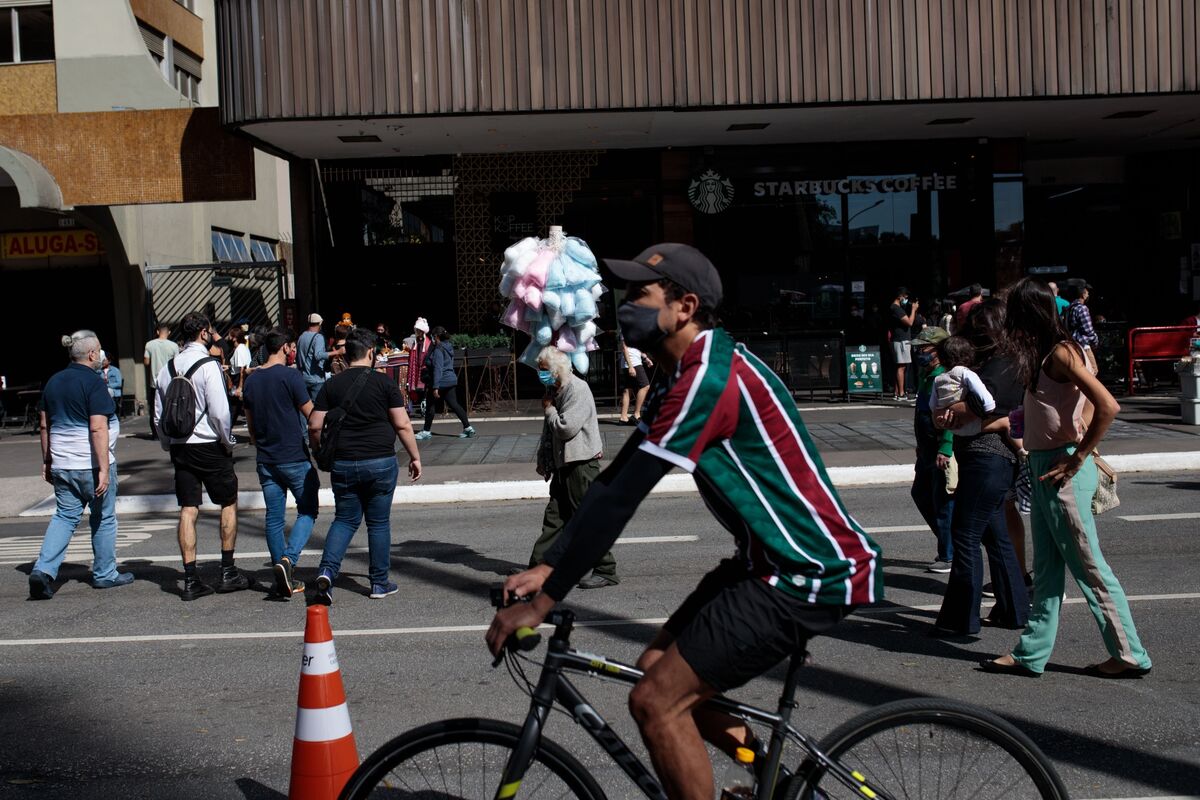 A new front is opening up in Brazil’s war against inflation amid surging costs for services from airline fares to appliance repairs, sparking speculation that one of the world’s most aggressive central banks may this week deliver its biggest interest rate hike in almost two decades. 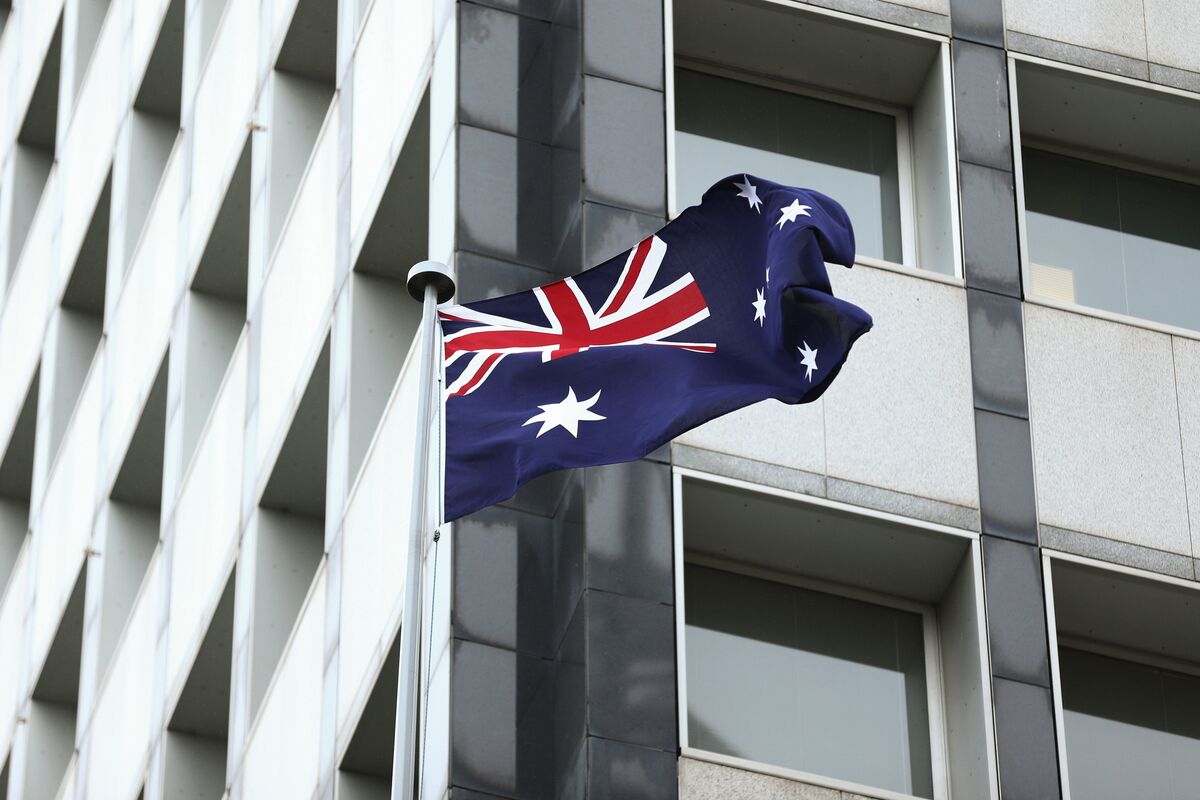 The Reserve Bank of Australia said it will stick with its planned tapering of bond purchases even as Sydney’s protracted lockdown is set to shrink the economy this quarter.

As the economy hits its peak, stock market gains could be harder to come by – CNBC

A specialist trader works inside his post on the floor of the New York Stock Exchange (NYSE).
Brendan McDermid | Reuters

Wall Street increasingly is talking about peak growth in both the economy and corporate earnings as a stimulus-fueled recovery gives way to more normalized patterns.

Congress and the Federal Reserve have provided trillions in funding and liquidity measures that soon either will dry up or at least begin evaporating, leaving investors to ponder what lies ahead with their portfolios.

The market will have to handle what is likely to be a lasting bout with inflation at a time when the drivers for growth are uncertain.

“It’s a world that we haven’t had to deal with in 40-plus years, and I don’t think you can just take out your regular playbook from the last couple of decades,” said Peter Boockvar, chief investment officer at Bleakley Advisory Group. “Valuations of pretty much everything are extraordinarily high, which means there’s no room for error.”

Boockvar spoke of an environment in which inflation will be higher as growth moves lower, a cycle known as “stagflation,” something the U.S. wrestled with for years from the mid-1970s to early ’80s. Practically no one thinks the current conditions will morph into something that bad, but there are similarities.

Inflation is running at 30-year highs, according to the Fed’s preferred gauge, while growth lately has been solid but a bit disappointing. Second-quarter GDP rose at a 6.5% annualized pace, but that was well below the 8.4% Wall Street estimate. Manufacturing data released Monday showed the sector still expanding, but at a lower-than-expected rate.

The factors are combining in “the classic recipe for a growth scare,” wrote Nick Colas, co-founder of DataTrek Research.

Looking at Apple Mobility and Google data that examines how people are getting around, Colas found that they are providing “a worrisome combination” though it’s too early to tell how things will shape out in the long run.

Still, he warned that investors high on the second quarter’s record-breaking pace of corporate earnings beats may find trouble ahead.

“Excellent Q2 earnings have allowed us to shake off that [growth scare] narrative every time it’s come up in recent weeks,” Colas said. “Now that the bulk of earnings season has passed, however, and seasonal volatility trends assert themselves we may see the growth scare narrative break through more convincingly.”

The trouble with optimism

In fact, that brimming optimism is flashing warning signs, according to Bank of America.

The firm’s gauge of investor sentiment that measures Wall Street portfolio allocations to stocks is the closest it’s been to a “sell” signal since May 2007, shortly before the market was about to hit record highs that soon would come tumbling down during the financial crisis.

“We have found Wall Street’s bullishness on stocks to be a reliable contrarian indicator,” Savita Subramanian, head of U.S. equity and quantitative strategy at Bank of America, said in a note to clients. Higher allocations to stocks eventually end up pointing to a decline ahead, the gauge has shown.

Subramanian said the indicator’s current level is pointing to price returns in the next 12 months of just 7% compared with the average forecast of 13% since the financial crisis ended in 2009.

To be sure, a slowing economy doesn’t mean negative returns, and the current conditions may be pointing at nothing more than a cooling off for a market that has been on fire since rocketing to its pandemic low in late March 2020. After all, even though fiscal stimulus is slowing, the Fed remains committed to keeping its policy ultra-loose until it sees much more progress on employment.

In fact, the past two peaks in earnings cycles have led to double-digit market gains over one-, three- and five-year periods, said Jason Pride, chief investment officer of private wealth at Glenmede.

“Rather than obsessing over near-term growth peaks, investors would be wise to see the bigger picture,” Pride said in his weekly market note.

Still, signs that growth is abating are worrisome.

The bond market in particular is pointing to a substantial slowdown ahead, with the 10-year Treasury note yielding just 1.18% Monday afternoon. The benchmark yield below 1.25% is the bond market “signaling not all is well economically,” wrote Christopher Harvey, senior equity analyst at Wells Fargo.

Boockvar, the Bleakley investment chief, said the current economic environment could cause problems for a market that has relied on investors willing to pay consistently at higher valuation multiples.

“One of the characteristics of the equity market in the 1970s was one of multiple compression,” he said. “A lot had to with the sharp rise in interest rate. But it becomes a more challenging environment with a bout of stagflation, even if it’s stagflation-lite.”