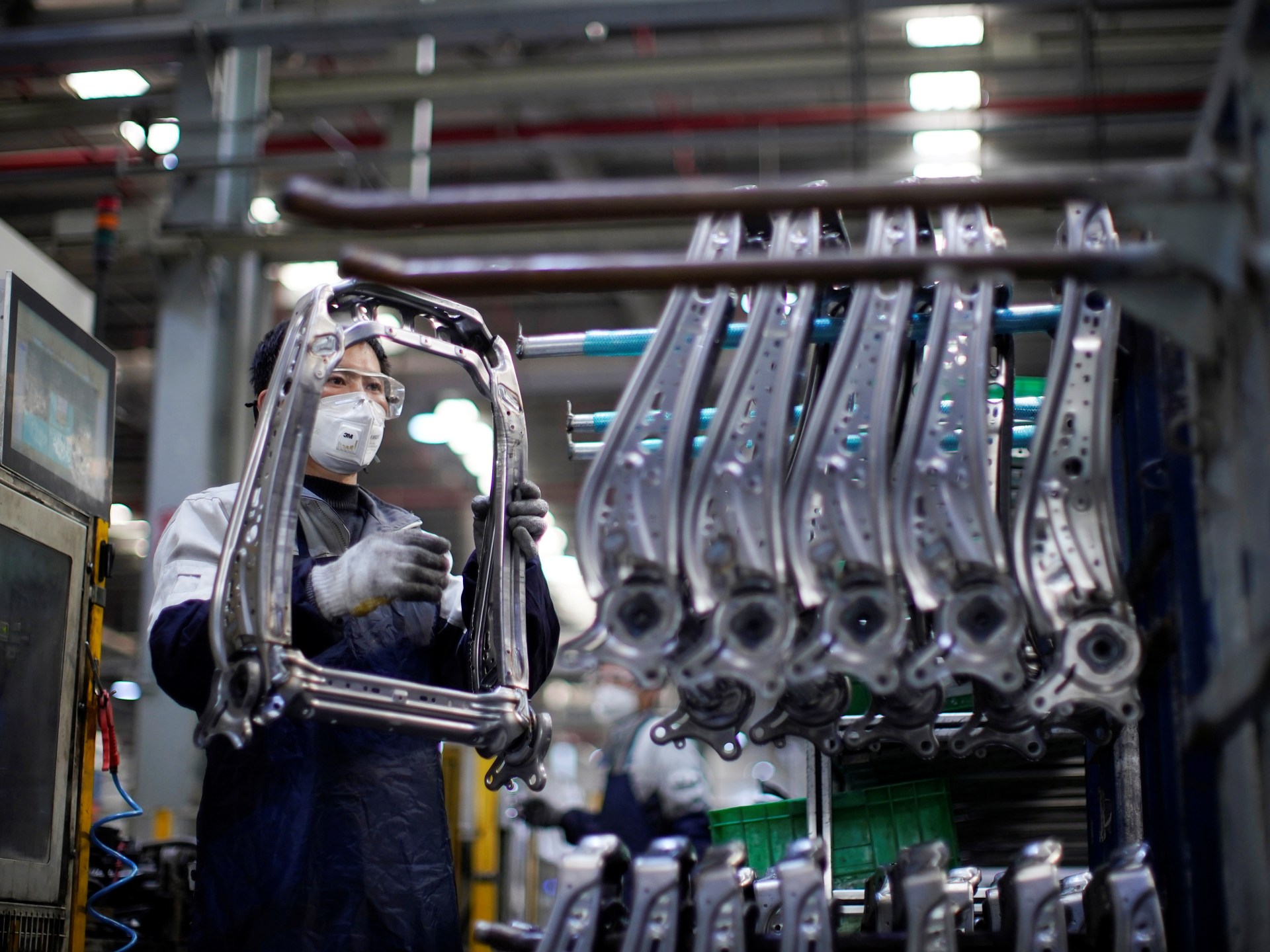 Industrial profits fell 3.6 percent in January-November from a year earlier to 7.7 trillion yuan ($1.11 trillion), according to data released by the National Bureau of Statistics (NBS) on Tuesday. That compares with a 3.0 percent drop for January-October.

The downbeat data reflects the toll that anti-virus curbs in many cities last month, including major manufacturing hubs Guangzhou and Zhengzhou, took on the world’s second-largest economy, adding to damage from a protracted property crisis and slowing exports.

Last month, industrial output rose only 2.2 percent from a year earlier, missing expectations for a 3.6 percent gain in a Reuters news agency poll and slowing significantly from the 5.0 percent growth seen in October.

Despite Beijing ditching some of the world’s toughest anti-virus restrictions in early December — and on Monday announcing it would stop requiring inbound travellers to go into quarantine starting from January 8 — the economy is still expected to struggle over the next few months as much of the population becomes infected and unable to work while recovering.

Business confidence in China has fallen to its lowest level since January 2013, a survey showed last week, reflecting the effect of surging COVID cases on economic activity.

At this year’s closed-door Central Economic Work Conference, top leaders and policymakers pledged to step up policy adjustments to support the slowing economy. But with businesses having anticipated a global recession in 2023 and the effect of a surge in domestic COVID infections, analysts say it may take at least another quarter before things turn around.

China’s economic growth was just 3 percent in the first three quarters of this year and is expected to stay around that rate for the full year, one of its worst years in almost half a century.

The bureau has not reported standalone monthly figures since July.

No, immigration is not some magic pill for saving the economy

Bank of Canada governor Tiff Macklem says that although a slowing economy may not seem like a good thing, it is when the economy is overheated.

Speaking in Quebec City on Tuesday, Macklem said that higher interest rates are working to cool the economy as elevated borrowing costs are constraining spending on big-ticket items such as vehicles, furniture and appliances.

As demand for goods and services falls, Macklem says the economy will continue to slow.

“That doesn’t sound like a good thing, but when the economy is overheated, it is,” he said.

In addition to global events, the overheated domestic economy pushed up prices rapidly, he said.

To slow the economy domestically, the Bank of Canada has embarked on one of the fastest monetary policy tightening cycles in its history. It has hiked its key interest rate eight consecutive times since March, bringing it from near-zero to 4.5 per cent.

However, last month, the Bank of Canada said it will take a “conditional” pause to assess the effects of higher interest rates on the economy.

“Typically, we don’t see the full effects of changes in our overnight rate for 18 to 24 months,” Macklem said on Tuesday.

“In other words, we shouldn’t keep raising rates until inflation is back to two per cent.”

However, the governor said the Bank of Canada will be ready to raise rates further if inflation proves to be more stubborn than expected.

The Bank of Canada is raising interest rates again, bumping it to 4.5 per cent. This marks the eighth increase in less than a year, leaving some homeowners scrambling to keep their mortgages.

As gas prices have fallen and supply chains have improved, inflation in Canada has slowed since peaking at 8.1 per cent in the summer. Macklem called this a “welcome development,” but stressed inflation is still too high.

“If new data are broadly in line with our forecast and inflation comes down as predicted, then we won’t need to raise rates further,” Macklem said.

For inflation to get back to two per cent, Macklem said wage growth will have to slow, along with other prices.

Wages have been growing rapidly for months but continue to lag the rate of inflation. In December, wages were up 5.1 per cent.

Though annual inflation is still at decades-high levels, economists have been encouraged by a more noticeable slowdown in price growth over recent months.

The Bank of Canada forecasts the annual inflation rate will fall to three per cent by mid-year and to two per cent in 2024.

Royce Mendes, an economist with Desjardins, said that Macklem is crossing his fingers that the rate hikes he has implemented so far will be enough to get it done.

“The head of the Bank of Canada seems quite comfortable sitting on the sidelines even as his U.S. counterpart will be discussing the need for further monetary tightening south of the border,” Mendes said.