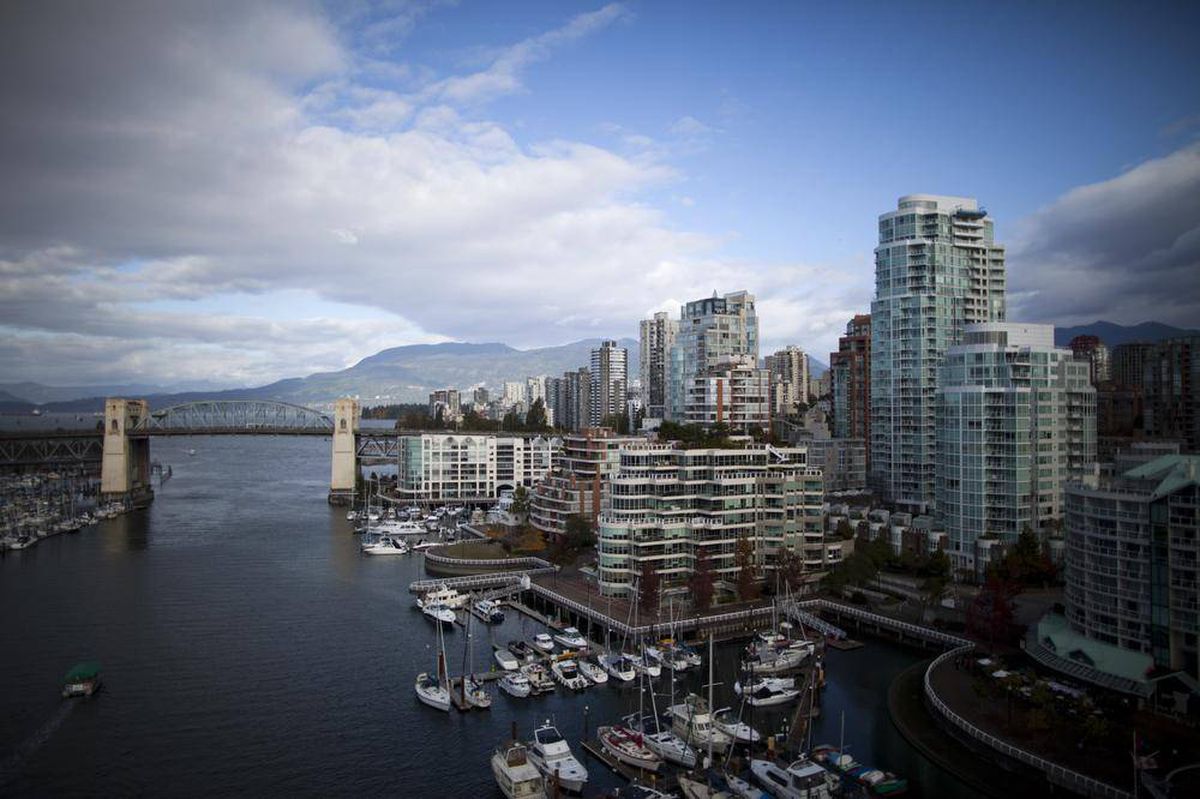 A report from the B.C. Real Estate Association says the 2020 COVID-driven recession will be deep, although it could be shorter than other Canadian economic downturns.

The market intelligence report released Monday by the association says it expects home sales to sink 30 to 40 per cent for April 2020 and remain depressed into the summer as households and the real estate sector adhere to social distancing rules.

But as those health measures are gradually lifted, the report says low interest rates and pent-up demand will translate to a significant recovery in home sales and prices.

The report says its current forecasts is for the Canadian economy to shrink by about four per cent in the first quarter of this year, “followed by a startling 21 per cent decline” in the second quarter on a seasonally adjusted annualized basis.

It says the total Canadian output will likely be around seven per cent before the economy starts to grow again.

The report says history shows that the housing market bounces back after recessions, and given historically low interests rates and pent-up demand, housing sales and prices are expected to recover in 2021.

It says because the COVID-19 recession is unprecedented and not man-made, the economy may be more likely to snap back to near where it was before the pandemic.

“However, the longer the duration, the more likely that jobs do not return, businesses fail, and the recovery is much slower,” it says.

Alberta overhauls real estate regulator in wake of prior dysfunctional board – CBC.ca

Alberta is restructuring its real estate regulator, eight months after the government fired the previous board on the grounds it was irredeemably dysfunctional.

“Bill 20 … is the next step in the process to reform the governance of [the board] and to restore the faith of Albertans and the real estate industry in the real estate regulator,” Service Alberta Minister Nate Glubish said Wednesday prior to introducing the legislation in the house.

“The end result will be a new governance structure that will increase transparency, improve accountability and ultimately restore good governance to the real estate regulator.”

Last October, Glubish fired the existing board and appointed an interim administrator.

The move followed a third-party audit that reported the previous board had broken down, foundering under fractious interpersonal relationships and poor dealings with those in the industry.

The report outlined poor relations with the industry associations represented by the council and a tendency for members to spend 80 per cent of their time discussing governance issues, instead of considering the strategic and regulatory matters that are the reason for the council’s existence.

The KPMG report also found key committees were left empty, meetings were not held and there was a lack of oversight on spending.

These new industry councils would identify and address issues related to their parts of the real estate sector, setting standards and rules and determining licensing requirements.

There would also be a new dispute resolution process and board members and industry council members would not be allowed to sit on disciplinary hearings. Those hearings would be staffed by industry people or members of the public at large.

The council would also have to make public staff salaries and meeting minutes.

Condominium managers would be added to the groups overseen by the regulator while real estate appraisers would be removed, given they are self-regulated through their own industry association.

“Refocusing the real estate regulator on common sense regulation will better protect the public and improve the real estate industry, while greater openness and transparency standards will help rebuild eroded trust,” Kristie Kruger, chairwoman of the association, said in a statement.

The association represents more than 10,000 realtors and 10 real estate boards.

Residential home sales and listings plummeted over 40 per cent in May.

“We were facilitating essential sales, now we can deal with any purchases or sales, but still keeping in mind that we are under a state of emergency for the province and we have to follow proper COVID protocols,” said Mathewson.

She said the market drive from buyers is still present, but sellers have been hesitant.

“We are starting to see more listings come on the market. People are a little bit more comfortable that we do have their safety in mind. When we sit down with a seller and we go over the risks of putting their house on the market and what we’re going to do to mitigate those risks, they seem to be more comfortable now than they were before, so we’re proceeding.”

Mathewson said they’re doing what they can to get homes back on the market.

“All the agents are well versed in what to do, making sure that buyers have as few touch points as possible when entering a home and that we make sure to sanitize after we’re finished.” Toronto home sales in May up from April, but down significantly year-over-year – CP24 Toronto's Breaking News


TORONTO – Home sales are showing signs of improvement in the Toronto real estate market, but economists say it’s far too early to feel optimistic about the trajectory of a recovery from the devastating effects of the COVID-19 pandemic.

“The hole is very, very deep to dig ourselves out of,” said Robert Hogue, senior economist at Royal Bank.

Activity in the region improved in May compared with April, according to figures the Toronto Regional Real Estate Board released Wednesday. But it remained less than half of what TREB saw a year ago.

There were 4,606 sales in the Greater Toronto Area through the board’s MLS system in May, it said. That’s down 53.7 per cent compared with a year earlier.

However, sales in May were up 55.2 per cent compared with April.

The number of new listings also rose compared to the previous month, but fell year-over-year.

Those figures are enough to be optimistic about, considering the circumstances, said David Fleming, a broker at Bosley Real Estate David Fleming Group Inc.

“It’s completely in line with what I expected and I think … you’ll see that continue into June,” he said.

May saw substantial pick-up, he noted.

“So while sales figures are (still) down, do people care how many units are selling or do they care what the prices are?” he said.

The coronavirus knocked the wind out of what was expected to be among the strongest spring seasons in home-sales history, said Sherry Cooper, chief economist at Dominion Lending Centres.

But with the COVID-19 shutdowns, the “period of adjustment” remains uncertain, especially when considering low interest rates against a surge in unemployment, she said.

“They’re opposing forces,” she said of those two factors.

“I don’t think we’re going to see gangbuster home sales, but I do think they’re certainly going to come off the bottom.”

In the Vancouver area, the local real estate board released figures Tuesday showing a continued steep year-over-year drop in May, but also noted gains from April.

This report by The Canadian Press was first published June 3, 2020.