The escape of an estimated 20,000 non-native fish off Vancouver Island demonstrates the urgent need to phase out ocean-based farming and calls into question the federal government’s own five-year deadline, say wild salmon advocates.

“It’s incidents like this that make it pretty clear that we really do need the federal government to move on removing farms from British Columbian waters. This is just another stressor on wild fish, so we just hope that we see a plan very soon,” he said Monday.

He said Atlantic salmon can compete with wild Pacific salmon for food and habitat, as well as spread parasites and viruses.

When more than 200,000 Atlantic salmon escaped from a Washington state farm in August 2017, Proboszcz said some fish were later found with wild salmon in their bellies, demonstrating they can also act as predators of Pacific stocks.

Fish farm company Mowi, formerly known as Marine Harvest, said in a statement that it has notified federal regulators and area First Nations about the fire that damaged its net pen in the waters near Port Hardy, B.C.

The damaged pen discovered Friday will be towed to land and an investigation will be undertaken to determine the cause of the fire, it says.

But the company suggested the exotic species won’t survive in Pacific waters long.

“The escaped fish are farm animals unaccustomed to living in the wild, and thus unable to forage their own food and easy prey. Judging by the number of sea lions congregating near the involved farm it is likely many have already been eaten by predators,” it says.

Phasing out net-pen fish farming in B.C. waters was a Liberal campaign promise in this year’s federal election, and the mandate letter for newly appointed Fisheries Minister Bernadette Jordan directs her to work with the B.C. government and Indigenous communities to create a plan for a transition by 2025.

Prime Minister Justin Trudeau also tells Jordan to begin work to introduce Canada’s first ever Aquaculture Act. The existing Fisheries Act was designed for wild fisheries and the new legislation will aim to increase regulatory consistency across the country with an environmentally sustainable approach, the government says online.

No one from the Department of Fisheries was immediately available to comment on the transition plan.

Among the feedback the federal government has received through early consultations on the legislation is a need for a more effective risk management framework and support for Indigenous involvement and rights in the sector, it says.

NDP fisheries critic Gord John said in a statement the recent Atlantic escape is proof that the timetable for the removal of open net-pen farms from Pacific waters needs to be accelerated.

Others found the deadline daunting.

Dianne Morrison, managing director for Mowi Canada West, said the company was disappointed to see the campaign commitment. It came at a time when industry was already in discussions with government about alternative technologies that could quell some concerns about the risks facing wild stocks through a technical working group.

“That group was to investigate how, and which method makes most sense from both a business, ecological and social points of view,” she said. “But the statement in the election platform flew in the face of that.”

Morrison said the company is still interested in exploring alternatives with the government to an outright ban on ocean-based farms, including closed-containment farms in the ocean.

“My fear is that if we take it to the extreme of land-based (farming) by 2025, that’s not currently possible from a technical point of view. It would also put the relationship we have with First Nations in rural communities in jeopardy,” she said, adding that the business case isn’t there for closed-containment farms in remote locations.

Bob Chamberlin, a long-time wild salmon advocate and former elected chief with the Kwikwasut’inuxw Haxwa’mis First Nation, said he hopes the government doesn’t make the phasing out of open net-pen farms dependent on the establishment of a new industry of closed containment farms.

Closed containment farms, which can be either on land or self-contained in the ocean, could require extensive consultations, land negotiations and other delay-causing steps, he said.

“With a 2025 timeline, we have to start work right now,” Chamberlin said.

Chamberlin said he plans to travel the province next year to discuss the changes with other First Nations.

A plan announced by the provincial government is already underway to phase out 17 fish farms in the Broughton Archipelago by 2023, in partnership with the Kwikwasut’inuxw Haxwa’mis and two other First Nations. 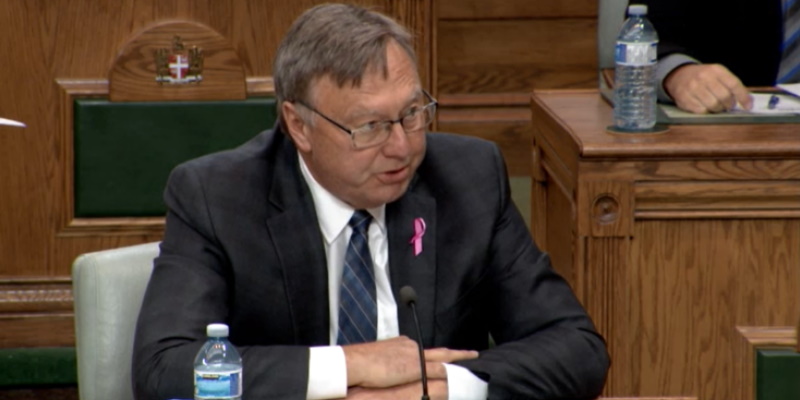