Cyberpunk 2077, a game about ruthless corporations in a dystopian future, has unfortunately lived up to its premise. The corporation that made the game, CD Project Red, have been forced to issue an apology for launching the game in a poor state.

One of the most anticipated games of all time, and likely to be the number one selling title this Christmas, Cyberpunk 2077 was in development for over seven years and delayed multiple times before finally releasing last Friday. CD Project Red, until now considered the gold standard of developer integrity, always insisted the game would only release ‘when it was ready’ and won lots of trust in the process. Clearly, however, the game was not ready.

“We would like to start by apologising to you for not showing the game on last-gen consoles before it premiered and, in consequence, not allowing you to make a more informed decision about your purchase,” CD Project Red said in a statement. “We should have paid more attention to making it play better on PlayStation 4 and Xbox One.”

So what are the issues with the game? And should you buy Cyberpunk 2077 this Christmas?

On ‘base’ PlayStation 4 and Xbox One consoles, which the majority of players own, the experience has been shown to be technically deficient. Some people have even called the game ‘unplayable’ in certain moments. The list of documented bugs is long, but there are problems with driving, where cars and collisions often glitch out and cause the game to crash. There are problems with textures, where graphics take too long to load or look 20 years old as they do. There are issues where the framerate of the game (essentially the ‘smoothness’ of the experience) drops to as low as 10-15 frames per second. Most games are expected to run at 30 frames per second at minimum for smooth gameplay. In short, the game is not finished.

Where CD Project Red have been accused of leading customers astray is in their portrayal of the game on last generation consoles in the promotional campaign for Cyberpunk 2077. They deliberately showed little of the gameplay on PlayStation 4 and Xbox One consoles during marketing, focusing instead on PC and next-generation consoles, and then refused to deliver review copies for those older platforms to industry media. This meant that gamers who bought the game for PS4 and Xbox One – the vast majority of the customer base – were not aware of the game’s unfinished state on those older systems before making a purchase.

Although there is a potentially strong game underneath the bugs and glitches, and the PC version is faring better, our advice is to wait on a purchase until Cyberpunk is updated over time, which may take a number of months. In their apology statement, CD Project Red committed to these updates (something they have proven capable of in previous games such as Witcher 3 and also offered refunds to all gamers who wished to return the game.

“We would appreciate if you would give us a chance, but if you are not pleased with the game on your console and don’t want to wait for updates, you can opt to refund your copy,” the statement said.

Ultimately, Cyberpunk 2077 released before it was ready, so that sales for the holiday season would not be lost and shareholder expectations would be met. If nothing else, that’s about as close to the dystopian source material as you can get.

Meanwhile, the controversy over Cyberpunk has completely overshadowed the annual Game Awards, where new games are often announced, albeit via cinematic game trailers rather than with gameplay. We saw announcements for a new Evil Dead game, a spiritual successor to Left4Dead called Back4Blood, an intriguing space horror called The Callisto Protocol, made by the creator of Dead Space, and the soothing Season, a game about recording the history of a peaceful village before the end of the world.

In saying that, there were a few announcements that trumped the rest. A full reboot of Perfect Dark was revealed, bringing back a Nintendo 64 classic, plus we got teasers for new Mass Effect and Dragon Age games. Although Cyberpunk 2077 has given us a timely reminder to keep expectations in check, we can’t help but be excited about a new Mass Effect – let the hype begin!

PSA: How to switch off AirPods Max without Apple ‘bra’ case – 9to5Mac

Italian consumer association Altroconsumo said on Monday it had told Apple it has launched a class action against the U.S. tech giant for the practice of planned obsolescence.

In a statement Altroconsumo said it was asking for damages of €60-million ($73-million) on behalf of Italian consumers tricked by the practice which had also been recognised by Italian authorities.

Two similar lawsuits against Apple have been filed in Belgium and Spain for the planned obsolescence of iPhones. European consumer association Euroconsumers, which is coordinating the three lawsuits, said it was also planning to launch a class action in Portugal in the coming weeks. 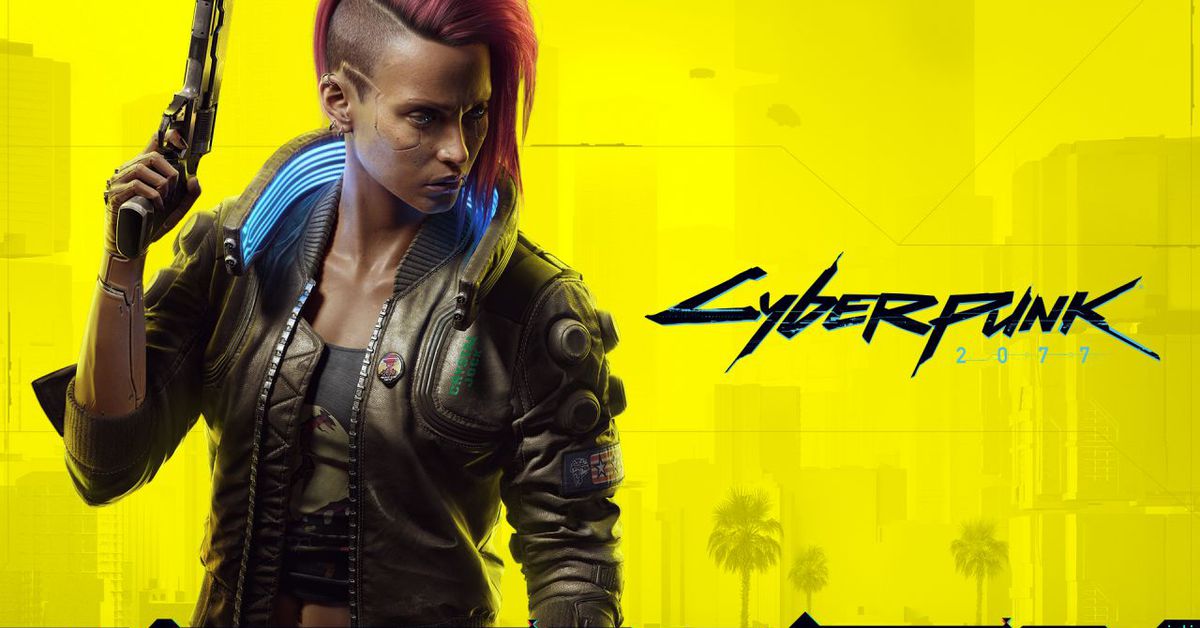 Cyberpunk 2077’s big new 1.1 patch has introduced a game-breaking bug. Eurogamer reports that the “Down on the Street” quest appears to be broken for some players. The quest includes a holocall that’s supposed to trigger progress through the main part of Cyberpunk 2077’s storyline. Unfortunately, some players are reporting that the call remains silent, and it blocks progress of the game.

Developer CD Projekt Red has published a workaround for the issue, but it requires players to have an earlier save of the game to try to get the holocall to work correctly. Here are the steps:

Cyberpunk 2077 has been plagued by bugs since its release on December 10th, and CD Projekt Red has released three hotfixes to try to fix some of the early problems. Thankfully, most of the bugs and issues haven’t been game-breaking like the one players have discovered this week.

This new 1.1 update was supposed to be the first big patch to introduce stability improvements, not game-breaking bugs. CD Projekt Red is also planning another major 1.2 patch that is supposed to be a “larger, more significant update” that will arrive “in the weeks after” this latest 1.1 patch. It’s not yet clear if there will be a quick hotfix to resolve this latest issue, though. 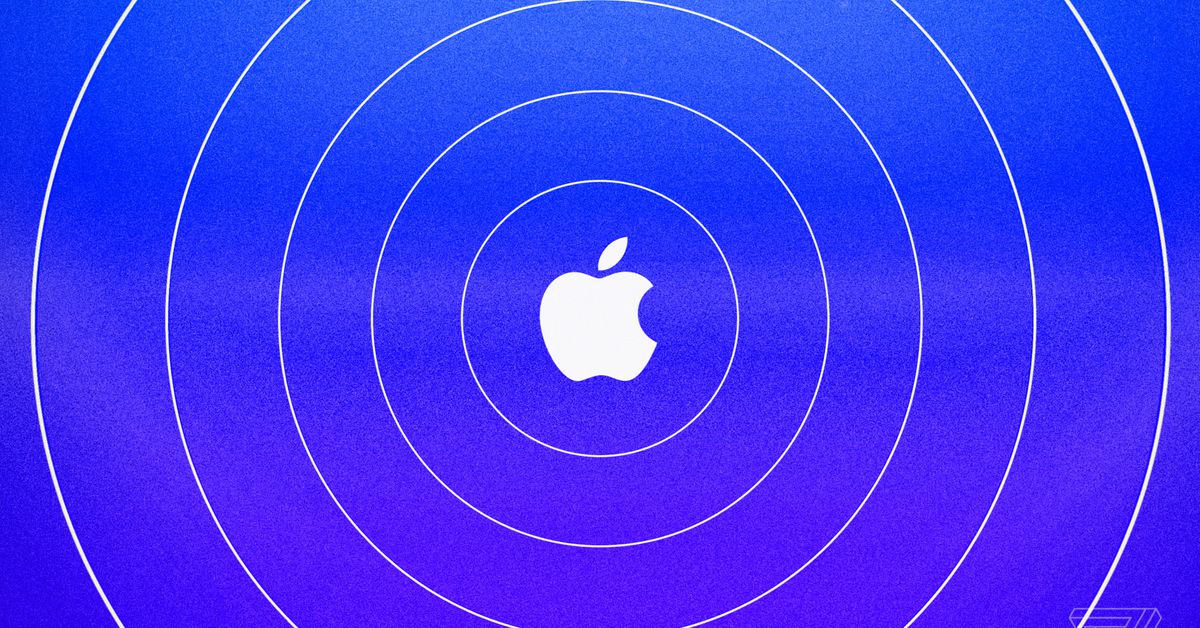 A consumer advocacy group in Europe has filed the latest class action lawsuit against Apple saying the company intentionally throttled older iPhones in Italy. First reported by TechCrunch, the new lawsuit seeks €60 million (roughly $73 million) in compensation — or about €60 per device — for owners of iPhone 6, 6 Plus, 6S, and 6S Plus models sold in Italy between 2014 and 2020. Euroconsumers, an umbrella advocacy organization in the EU that includes Italy’s Altroconsumo, says the €60 compensation is the average amount consumers paid to replace their devices’ batteries.

“When consumers buy Apple iPhones, they expect sustainable quality products. Unfortunately, that is not what happened with the iPhone 6 series” Els Bruggeman, head of policy and enforcement at Euroconsumers, said in a statement. “Not only were consumers defrauded, and did they have to face frustration and financial harm, from an environmental point of view it is also utterly irresponsible.”

Euroconsumers filed two similar lawsuits in December on behalf of member orgs Test-Achats in Belgium and OCU in Spain. The group said in a press release that it plans a fourth lawsuit in Portugal.

“We have never — and would never — do anything to intentionally shorten the life of any Apple product, or degrade the user experience to drive customer upgrades,” an Apple spokesperson said in an email to The Verge. “Our goal has always been to create products that our customers love, and making iPhones last as long as possible is an important part of that.”

Apple agreed to a $500 million settlement in the US last March, after it admitted slowing down older iPhones. It compensated consumers who bought an iPhone 6 or 7, which were throttled to preserve battery life. The case grew out of the tech giant’s “Batterygate” controversy, when iPhone users discovered in 2017 that iOS limited processor speeds as iPhone batteries aged. Apple didn’t reveal to consumers that the feature — meant to address problems with phones’ performance — existed. Users said if they had known about the slowdown feature they would have simply replaced the battery rather than buying an all-new phone, as many did.

The company agreed to a second settlement in November — this time, with 34 US states —for an additional $113 million. The state attorneys general said Apple “fully understood” that by concealing the intentional slowing down of older phones, the company could profit from people buying new phones rather than replacing the batteries. Apple did not admit to any of the allegations in that settlement.