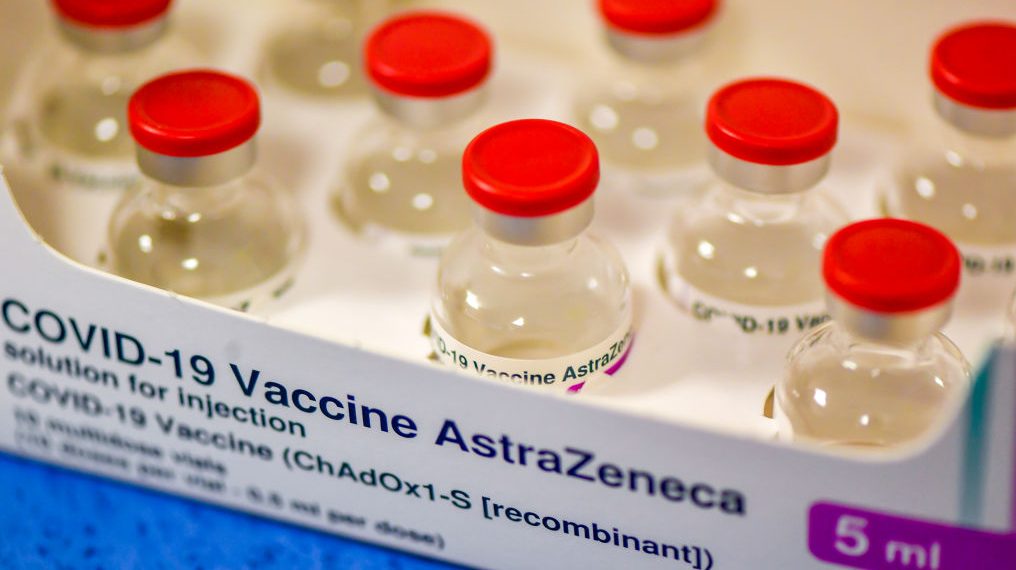 The shot is the third to be given the green light for use in the country, following vaccines from Pfizer-BioNTech and Moderna.

The country has pre-ordered 20 million doses of the AstraZeneca vaccine, which was co-developed by researchers at the University of Oxford.

“After completing their rigorous and independent review process, Health Canada has approved AstraZeneca’s COVID-19 vaccine – and we’ve already secured millions of doses for people across the country,” said Trudeau on Friday.

“Canada now has 3 vaccines approved for use in our fight against COVID-19.”

It will also receive up to 1.9 million doses of the AstraZeneca vaccine through the global vaccine-sharing initiative known as COVAX by the end of June.

“It means more people vaccinated and sooner,” Trudeau said. “Because for AstraZeneca, like we were for Pfizer and Moderna, we’re ready to get doses rolling.”

Ontario Premier Doug Ford says the approval is great news for the province.

“I think it’s the best news we’ve heard in a long time,” said Ford. “The two questions we need answered is when we are getting it and how much we are getting.”

The AstraZeneca shot is a two-dose vaccine that can be refrigerated which makes it easier to handle than the shots from Pfizer and Moderna, which must be kept frozen.

In Canada, federal health officials provided an updated vaccine forecast last week, estimating that by the time summer arrives the country could see over half of its residents inoculated.

“Here is the bottom line. With Pfizer, Moderna, and now AstraZeneca, Canada will get to more than six-and-a-half million doses by the end of March,” Trudeau said.

“There will be tens of millions more doses to come between April and June.”

Health Canada continues to review the two other vaccines and the approval of the Johnson & Johnson’s vaccine will likely not come until late February or early March and Novavax are not expected until April.

Earlier this week, the Food and Drug Administration (FDA) confirmed that the Johnson & Johnson vaccine successfully protects against COVID-19 and is effective in reducing the spread.

Johnson & Johnson’s COVID-19 vaccine can be refrigerated but only requires a single-dose.

This week Canada received its biggest combined shipment yet of vaccines from both Pfizer and Moderna.

Canada’s deputy chief public health officer said recently that health officials were looking into evidence that a single dose of the Pfizer shot could be as effective as a double dose.

Original data suggested one dose gave around 50 percent more protection against the virus while two doses gave about 95 percent protection.

Health Canada senior medical advisor Doctor Supriya Sharma says while the AstraZeneca vaccine is considered less effective overall than the Pfizer and Moderna vaccines, the real measure is how well it prevents serious illness and death.

“I think the key numbers that are important is that if you look across all the clinical trials at the tens of thousands of people that were involved, the number of cases of people that died from COVID-19, that got vaccines, was zero,” Sharma said.

“The number of people that were hospitalized because their COVID-19 disease was so severe was zero.

Experts are now saying that was measured from the moment the vaccine was given instead of waiting two weeks to let the immune system gear up.

JOHANNESBURG (Reuters) -Barrick Gold Corp reported a 78% jump in first-quarter profit on Wednesday, beating analyst expectations thanks to rising gold and copper prices, and said it was on track to meet annual forecasts.

Production in the second half is expected to be higher than the first, the gold miner said, thanks in part to the ramp-up of underground mining at the Bulyanhulu mine in Tanzania and higher expected grades at Lumwana in Zambia.

Barrick’s first-quarter gold production fell to 1.10 million from 1.25 million ounces due partly to lower grades at its Pueblo Viejo mine in Dominican Republic.

Adjusted profit surged 78% to $507 million in the quarter ended March 31, from $285 million a year earlier, and Barrick announced a 9 cent per share quarterly dividend.

Stronger prices helped boost Barrick’s revenue from its copper mines in Chile, Saudi Arabia and Zambia by 31% from the fourth quarter. Overall earnings per share were $0.29, ahead of analysts’ estimate of $0.27.

Barrick CEO Mark Bristow, who has championed mergers across the gold industry, said he backed the idea of South Africa-listed miners Goldfields and AngloGold Ashanti combining.

Speculation has been swirling around the two companies and Sibanye-Stillwater, whose CEO Neal Froneman floated the idea of a three-way merger in March.

“I’m a South African, and this country has such a great mining history and it would be great to see a real gold business come out of the many failed discussions that we’ve seen,” said Bristow.

Goldfields declined to comment. In a statement, AngloGold Ashanti said it was focused on delivering on its growth plan to unlock value from its portfolio of gold assets.

Bristow also said he had met with the Democratic Republic of Congo’s new mines minister and other officials and was continuing to work on getting $900 million belonging to its Kibali mine joint venture out of the country.

“We have a solution, it just needs to be sanctioned by the appropriate authorities which haven’t been around for a while,” he said, referring to a recent government overhaul by President Felix Tshisekedi.

(Reporting by Helen Reid in Johannesburg and Arundhati Sarkar in Bengaluru; editing by Shounak Dasgupta and Bernadette Baum)

Retailer Loblaw Cos Ltd beat market estimates for quarterly revenue and profit on Wednesday, as its online sales more than doubled on soaring demand from homebound buyers for groceries and other essentials during the COVID-19 pandemic.

Lockdowns and other virus-related restrictions in Canada, including reduced store capacity, during the first three months of the year pushed consumers to stockpile groceries and other essential items.

Loblaw, one of the biggest retailers in Canada, said that the momentum from the first quarter has continued into the current quarter, adding that it expects to exceed its own full-year profit expectations.

However, the company has warned that its food retail unit, which saw a surge last year at the peak of stockpiling, would not be as robust in the current quarter. In the first month of the ongoing quarter, food same-store sales have declined slightly, Loblaw said.

For the second quarter, the company expects to incur pandemic-related costs of about $65 million to $75 million, compared with $282 million a year earlier.

Its revenue rose to C$11.87 billion ($9.67 billion) in the first quarter from C$11.80 billion a year earlier, surpassing analysts’ estimate of C$11.72 billion, according to IBES data from Refinitiv.

(Reporting by Mehr Bedi in Bengaluru; editing by Uttaresh.V)

(Reuters) – Bombardier on Monday contested a bondholder’s claims that its recent sales of non-core assets breach the terms of certain notes, and said it would seek bondholders’ consent to amend terms on eight bond issues.

Bombardier has emerged as a pure play business jet maker after divesting assets including the sale of its transportation business to Alstom, which it completed in January, to pay down debt and boost earnings.

The company said it launched consent solicitations with respect to outstanding senior notes or debentures, following the claims by the unnamed bondholder that the asset sales constitute a breach of certain covenants under the indenture governing the 2034 notes.

Bombardier said in a statement these claims are without merit and it has not breached any covenant, adding that after evaluating various options it had determined requesting bondholders to amend the terms of the bonds was the most “expedient and efficient path” to maintain value and protect itself and its stakeholders.

If the amendments are approved, Bombardier will make a consent payment of $1.25 per $1,000 principal amount for applicable series of notes, and C$1.25 per C$1,000 principal of Canadian dollar-denominated 7.35% debentures due 2026, the statement said.

The jet maker said it expects first-quarter adjusted earnings before interest, taxes, depreciation, and amortization (EBITDA) from continuing operations of $123 million, above analysts’ average estimate of $89 million, according to IBES data from Refinitiv.

The company expects business jet revenue to rise by 18% to $1.3 billion in the first quarter, from a year ago, beating Wall Street’s estimate of $1.18 billion.

While deliveries are roughly the same, Bombardier’s product composition is shifting toward its flagship Global 7500 jets, a revenue driver.

(Reporting by Ankit Ajmera in Bengaluru and Allison Lampert in Montreal; Editing by Shailesh Kuber and Karishma Singh)