Problems can arise if cellphone callers don’t know where they are, or are unable to speak or hear. Dispatchers might only know a caller’s location within a couple of hundred metres, which can hinder response times.

NG9-1-1 aims to get around the problems by shifting to a new internet-based system. The Canadian Radio-television and Telecommunications Commission has ordered the new system in place for voice calls by June 2020 and for texts by December 2020.

Essentially, every connected phone will have an internet protocol address, which will be cross-referenced with key data sets mostly supplied by municipalities. The database will comprise every street address in an area and the entry location of buildings. Emergency service boundaries will also be accessible to ensure the right responders are dispatched.

The result should allow the 911 system to pinpoint the location of callers to within centimetres.

“We’re getting down to the metre, sub-metre accuracy,” Brossault said.

Currently, people who are deaf or have a speech impediment can text 911 services from a cellphone, but they have to register in advance, connect with 911 by voice call, then text. The general public cannot use texts for emergency services. That, too, will be changing in the coming year, with text becoming available to everyone with a smart phone.

Once fully implemented, NG9-1-1 will go well beyond talking or texting.

“Canadians could eventually stream video from an emergency incident, send photos of accident damage or a fleeing suspect, and send personal medical information, including accessibility needs, which could greatly aid emergency responders,” the CRTC says.

New Brunswick, among provincial leaders when it comes to implementing the new 911 technology, has come up with a civic address system that has improved support for current 911 operations and paved the way for Next-generation 9-1-1 services.

Diane Pelletier, director of New Brunswick’s NB 911 Bureau, said the goal in any emergency is to get the right assets to the right location fast. New processes and tools were improving road data exchange with the province’s three most populous cities, and more municipalities were expected to get on board within months, she said.

“We can give our emergency service partners like police, firefighters and paramedics even more up-to-date information about the road network to help them get to the caller as quickly as possible,” Pelletier said.

Overall, the regulator says, the move from analog systems to IP-based systems should improve the ability of emergency responders to deal with call overload situations, natural disasters and improve responses.

In addition, the technology could eventually allow people to make 911 calls from instant messaging apps or even Facebook. The system could also manipulate GPS data say from a car’s navigation system to allow dispatchers to find someone who has crashed.

This report by The Canadian Press was first published Dec. 21, 2019.

Yet another resident of Vernon’s Noric House care home has died from COVID-19, while another Interior resident has died in hospital.

The two new deaths bring the total COVID-19 deaths in the Interior to 57. Of these, 39 were residents of long-term care homes. Provincewide, the virus claimed the lives of 13 others in the past 24 hours.

“I know people are fatigued by the impact COVID-19 on our day-to-day lives. However, the ongoing challenges of this pandemic shows us we need to continue to be vigilant and compassionate,” said Susan Brown, president and CEO of Interior Health. “We all need to do our part to reduce the risk of COVID-19 in our communities.”

The single death at Noric House comes after IH announced two residents died there Wednesday. To date, five residents of the care home have died from the virus.

There remains 11 staff at Williams Lake’s Cariboo Memorial Hospital who’ve tested positive for the virus, while the outbreak connected to the Teck Mining operation remains contained to 17 Interior Health residents.

Meanwhile, a staff member at Vernon’s Carrington Place retirement residence recently tested positive for the virus, but an outbreak has not been declared there.

Interior Health said Thursday that the response to the COVID-19 outbreak at Oliver’s McKinney Place care home, where 17 residents died, is under a formal review. That outbreak, the worst in the Interior Health region, was declared over earlier this week. 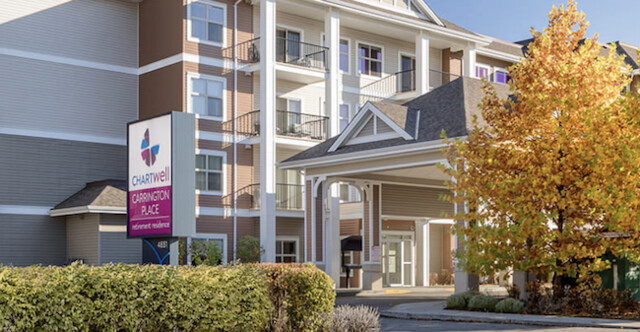 A staff member at a Vernon seniors home has come down with a confirmed case of COVID-19.

“They are a very casual employee, and they haven’t been in the building for several days,” Wygle said.

She says Interior Health was immediately notified of the case, and the health authority determined the risk of exposure was low.

“We’ve taken several extra steps to be careful,” said Wygle, including keeping residents confined to their rooms “for the next few days.”

“We want to take that extra precaution and watch for any symptoms…. For the time being, residents are having their meals in the rooms.”

The single case is the first at Carrington, and is not considered an outbreak.

You can see Uranus, Mars and the moon get close in a rare night sky sight tonight – Yahoo Eurosport UK

Look up tonight (Jan. 21) to see Uranus and Mars nestled together in the night sky — just don’t forget your binoculars.

Yesterday (Jan. 20) on Inauguration Day in the U.S., the two planets were in conjunction, meaning they appeared very close together in the sky. Tonight, the planets will share the same “right ascension,” with Mars passing just 1.75 degrees to the north of Uranus, according to Earthsky.org. (Your fist held at arm’s length covers about 10 degrees of sky.) The moon will also be shining nearby, making it a good landmark to start from when looking for the planets.

The brightest planets in January’s night sky: How to see them (and when)

The lower the magnitude number a cosmic object has, the brighter it is (there are even seriously bright objects with negative magnitudes), so Mars will be significantly brighter in the sky than Uranus. But, while Uranus will be tough to spot, both will still be visible with the help of binoculars, though the planets will be too far separated to fit within a telescope’s field of view, according to in-the-sky.org.

To try and find Uranus, first “find the crescent moon and the Red Planet in the couple of hours after it gets dark. Scan your way over from Mars toward the moon, and you should be able to find the faint, bluish disk of Uranus,” NASA’s Jet Propulsion Laboratory said in its monthly “What’s Up” skywatching series.

Now, while Uranus and Mars will be putting on this show in the night sky, they won’t be the only planets hanging out tonight. Both Jupiter and Saturn are still officially in the evening sky, though the light from the setting sun makes it so they are not visible, according to Earthsky.org.

Canucks look like a team in serious trouble after loss to Canadiens – Sportsnet.ca