Another rumor is pointing to the imminent arrival of the next iPad Pro this month, so it could be just days away. Since there’s a consensus that this means an all-new display technology and Apple’s fastest processor yet, that’s very good news.

But, as TS Eliot wrote, April is the cruellest month, and if you’re on the design team for the iPad mini, you may feel that’s apposite, because the same tipster claims that the iPad mini isn’t being launched this month, after all. For the record, Eliot’s The Waste Land is talking about more profound stuff, but it’s the best reference to April in any poem’s opening line since Chaucer, so I wanted to quote it.

Anyway, where were we?

Ah yes, the tip comes from someone calling themselves Uncle Pan, who on Weibo said that he’d been dreaming of the products Apple will reveal at its “April conference”—not that such an event has been confirmed—and that he believes the next iPad Pro will be revealed as scheduled. He also said “the full-screen iPad mini is out of play” and that AirPods will also be updated. More on that last bit from Gordon Kelly here on Forbes.

Note that isn’t quite saying there’ll be no iPad mini this month, rather that if there is it will have a design similar to the current model rather than the rumored update to one with a bigger display that elides the home button in favor of either Face ID or Touch ID in the power button, like the latest iPad Air.

Even so, my guess is that since that upgraded iPad mini has been rumored for some time that Apple will not refresh its smallest tablet until it’s ready to drop the all-new model.

In which case, it sounds like the iPad Pro will be the focus of this month’s unveil. I’m also ruling out the possibility of an update to the entry-level iPad, as Apple’s last iPad, the eighth-generation model, is only six months old.

So, it looks like we can expect a blazing-fast processor, called A14X, probably, which will be a tweaked version of the A14 found in the latest iPhones and iPad Air. It’s rumored this will be as fast as the M1 chip on the latest MacBook Pro and MacBook Air, which will be pretty amazing.

The display is likely to have a dazzling look to it, upgraded from LED LCD to miniLED on the larger, 12.9in model, but sticking with the regular display on the 11in model.

As for when we should expect this, well, there’s been a lot of confusion about this. Rumors of a March 23 event were completely off—though as readers of my weekly AppleUnboxed newsletter will know, I scotched that idea weeks ago.

So, if you’re pressuring me for a date, my guess is Tuesday, April 13 or Wednesday, April 14 will be when the iPad Pro (and AirPods and some accessories) are revealed. At the latest, it could be the following week, but I don’t think so.

Before you go, why not sign up for my AppleUnboxed newsletter, bringing you insider information, reviews, tips, comparisons, news and rumors about the Cupertino giant? Out on Wednesdays.

In the latest issue: a hint of improved cameras on the iPhone 13 Pro Max, tips and tricks for the Apple Watch Fitness app and the latest on AirTags.

Plus, a look back at 20 years of Mac OS X, cool links from around the web and a one-minute review of MagSafe Duo Charger. You get the first three issues free and you don’t need your credit card to sign up.

How to Connect Mi Smart Band With a Smartphone: Follow These Steps – Gadgets 360 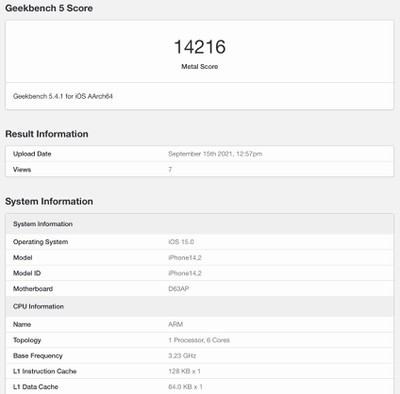