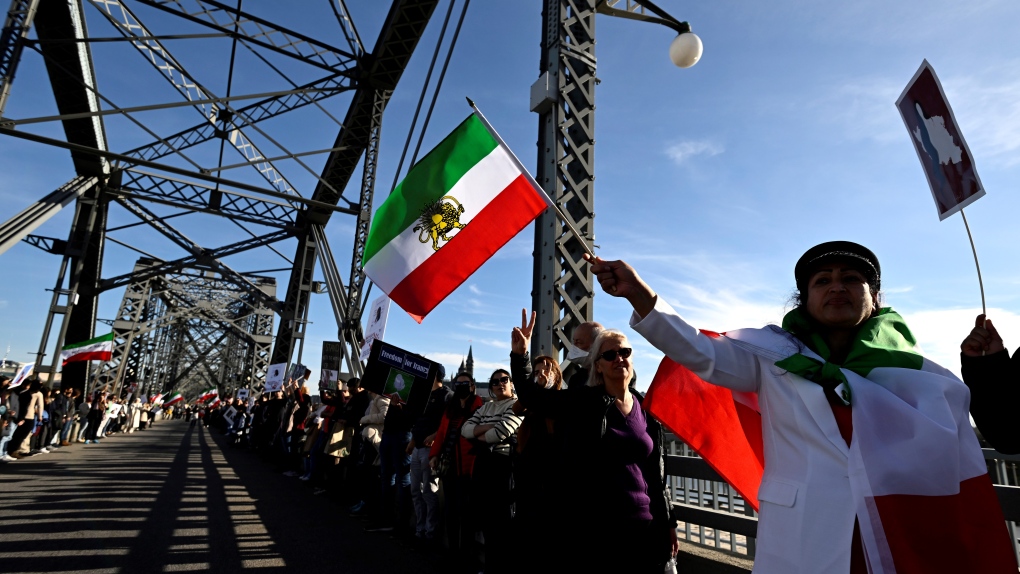 The federal government has formally banned the top echelons of the Iranian regime from Canada, with a new, rarely used designation now in place that allows border agents to deny foreigners access to the country.

Federal cabinet ministers confirmed during a virtual press conference on Monday that the measure brought in through the Immigration and Refugee Protection Act promised more than a month ago has now come into effect.

It also allows Canadian authorities to investigate any Iranian officials who are already in Canada, the ministers confirmed.

Prime Minister Justin Trudeau announced on Oct. 7 an intention to pursue the measure, along with $76 million in funding to better implement economic sanctions it has levied against Iran amid its crackdown on human-rights protesters.

Protests in the country began nearly two months ago after 22-year-old Mahsa Amini died in police custody. She had been arrested by the morality police for allegedly wearing a head covering incorrectly.

Public Safety Marco Mendicino said Monday’s move is a “major step in holding the Iranian regime accountable” for its abuses.

“This means that the senior echelons of the Iranian regime, the decision-makers, the power-brokers, the henchmen, those who are most responsible, will be rendered inadmissible to Canada permanently,” he said.

“This means that the architects of oppression including members of the Islamic Revolutionary Guard Corps will never set foot in Canada again.”

Mendicino said he is working to ensure that Canada Border Services Agency officers receive advice on how to implement the designation as soon as possible, so that within hours, and certainly by Tuesday, thousands of Iranian officials in the upper echelons of the regime will be deemed inadmissible if they try to enter Canada.

The government’s previously signalled number of 10,000 affected Iranian officials could prove to be an underestimate, suggested Immigration Minister Sean Fraser.

“The inadmissibility will be tied to a person’s role within the regime and senior officials across whether they are heads of state, members of cabinet, members of the judiciary, senior public officials, ambassadors or otherwise will be rendered inadmissible,” he said.

This report by The Canadian Press was first published Nov. 14, 2022.

The Truth About Canada’s New Privacy Law; How Will You be Affected?