Bell Media has nothing to talk about.

The August 15 firing of CTV National News anchor Lisa LaFlamme has Bell Media circling its wagons as a crescendo of public figures blast the network and mothership Bell Inc. for dismissing her, with as much as two years left in her contract, according to the Globe and Mail. In a Twitter video, she said she was informed on June 29 that she would be let go and was asked to keep the details mum “until the specifics of my exit could be resolved.”

This raises two questions: one–how was it that she claims she was blindsided by the decision to remove her, and two–the theory that her termination was for budgetary reasons now rings false as she would surely have worked out a package that carried forward until the end of her contract.

None the less, everyone from Lloyd Robertson to General Roméo Dallaire has been critical of the way her dismissal was handled, and even Bell Media has had to bow to public and media outrage by saying Friday Aug. 19 that it “regrets” the way in which her departure was handled. The network also now says it will launch a workplace review to be conducted by an independent party.

It’s the same defensive move that Corus Entertainment used to quell controversy of a different kind when Q-107 morning show host John Derringer left his top-ranked show and, presumably, the Corus ranks, amid allegation that heated an inflamed controversy.

It’s hard to guess what’s behind the mess that has become of LaFlamme’s dismissal. She helmed the nation’s top-rated evening TV news show, had earned high marks from her peer group, outwardly it seems the newsroom team were behind her, and the fallout from the PR debacle is likely going to cost the network rating points and that means ad dollars–plus a stinging kick to the company’s prestige.

Maybe it was because she didn’t want to see the show’s budget curtailed. Maybe it was because some didn’t like to have a strong woman countering management decisions. Maybe grey hair was a contributing factor. It’s doubtful we’ll ever know what really happened, at least not for a long time to come.

Meantime, retired CHFI personality Erin Davis shared her own thoughts about the mess on her social media platform, Erin’s Vlog.

On a lighter note, Randy Rainbow reworks Yesterday by the Beatles

Rogers promises to fix outage problem with a $20B fix

Weeks after a chaotic Rogers network outage sent Toronto and much of Canada back to the dark ages, the media and telecommunications giant has released a video promising $20 billion in investments to make sure we never have to miss another notification or phone call again. In a video released across multiple platforms on Tuesday afternoon, Rogers pledged to invest $20 billion to prevent such a catastrophe from occurring in the future — double the amount the corporation stated they would spend on upgrades just a month earlier. – Jack Landau, blogTo

The Ontario Association of Broadcasters has announced Bill Evanov as the recipient of the 2022 Ontario Hall of Fame Award.

A Board nominated honour, the Ontario Hall of Fame is presented to individuals who have spent most of their careers working for private broadcasters and demonstrated a commitment to the highest standards of broadcast excellence.

Evanov founded and was President of Evanov Communications Inc., but started out owning minority shares in one radio station in Toronto in 1983 and expanded it to 19 across the country in 2020.  In a news release, the OAB stated: “He stood firm and bucked the trend during an age when independent radio ownership had drastically declined, and where consolidation and concentration of ownership made the large broadcasters larger. It is one thing to operate radio stations, it is another to be successful, especially in major markets where competition is fierce.” 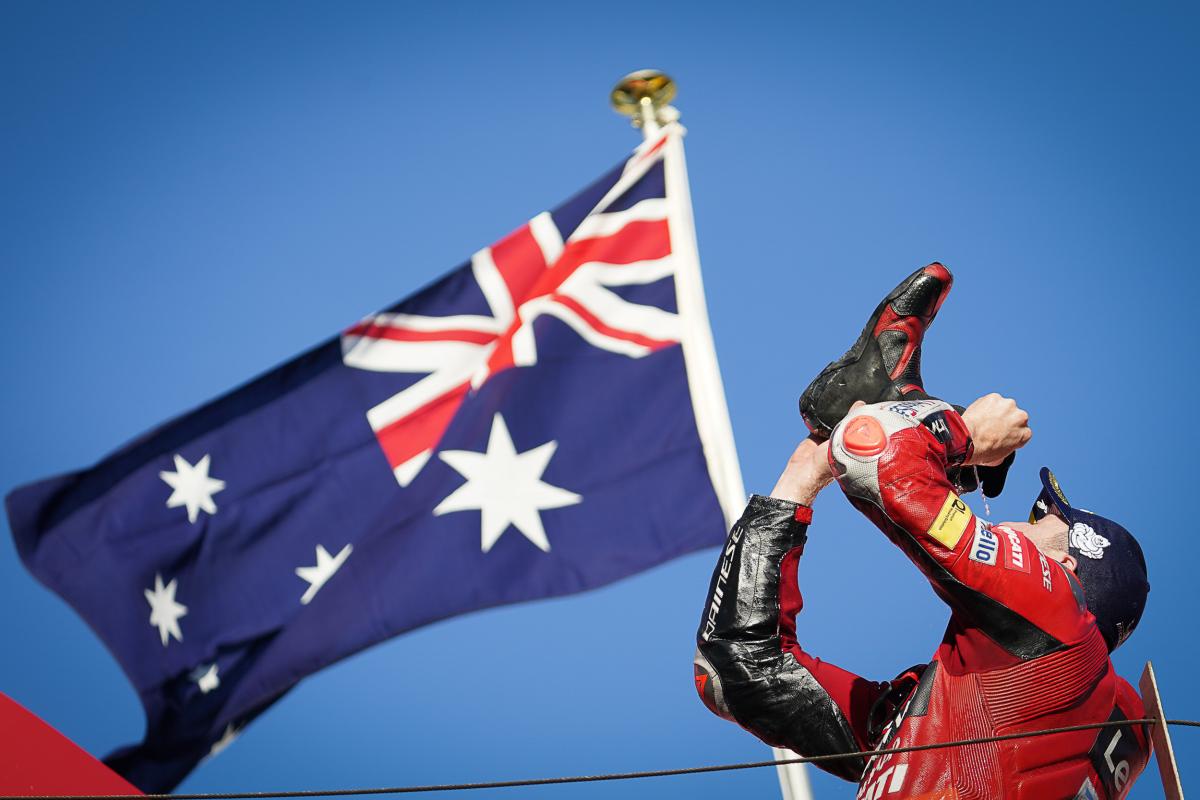 © 2022 Dorna Sports SL. All rights reserved. All trademarks are the property of their respective owners.

As pandemic measures are lifted, social media use has declined with the exception of TikTok – The Conversation Indonesia

In September, the Wall Street Journal reported that Instagram is faltering in its bid to keep up with TikTok, the wildly popular Chinese-owned video-sharing app.

But it is not just Instagram fretting over TikTok’s meteoric rise — a Google exec raised similar concerns about how TikTok was drawing younger users away from Google’s core services such as Search and Maps.

TiKTok’s rise is confirmed by data from our new nation-wide, census-balanced online survey, The State of Social Media in Canada 2022, which surveyed 1,500 Canadian adults over the age of 18 between May 12 and 31, 2022.

The rise of TikTok

Our report findings show that Canadians’ use of social media has declined from its early pandemic peak; however, Canada continues to be one of the most connected countries in the world — 94 per cent of online adults use at least one social media platform.

We found that TikTok had the largest gain (an increase of 11 per cent) in the number of Canadian adults who reported having an account on the platform in 2022, compared to data we collected in 2020.

While the number of Canadians on TikTok is still relatively small (26 per cent), those who do use the platform visit it regularly (65 per cent daily). Like in the United States, TikTok adoption in Canada largely skews towards younger age groups, as 76 per cent of those aged 18–24 reported having an account on the platform, while the fastest growing demographic on the platform are those who are between 25 and 34 years old (54 per cent).

These findings suggest that TikTok’s appeal has grown since 2020, when we last conducted this survey, and that TikTok is no longer just an app for short videos.

Other studies have shown that young people are now using TikTok as one of the primary ways to get news and that some have even replaced Google Search with TikTok.

Our findings from earlier in the summer support this: 51 per cent of Canadian TikTok users reported using the app to follow news on Russia’s invasion of Ukraine.

The COVID-19 pandemic has ushered in some changes in where and how often Canadians are spending their time on social media. After living through two years of COVID-19 restrictions, more Canadians are re-evaluating the role of social media in their lives.

In particular, Canadians are spending less time on social media now that most pandemic restrictions have been lifted. In Canada, Facebook has the highest percentage of daily users at 70 per cent, but this dropped from a previous high of 77 per cent daily users in 2020.

TikTok is the only platform showing a slight two per cent increase in the percentage of daily users. In contrast, Reddit has the largest drop — 14 per cent — of daily users.

The percentage of Canadians who reported using LinkedIn has dropped by seven per cent since 2020. The rate of new users joining Facebook and Pinterest has also declined, each dropping by three per cent and four per cent since 2020 respectively.

There’s little doubt that TikTok has been a disrupting force on the social media landscape. It has forced social media stalwarts like Facebook and Google to make radical changes to their platform in order to keep up.

But for TikTok to continue to grow, it will need to convince skeptics that it is not part of the Chinese state apparatus; however, in the current geopolitical climate, that could be a very tall order.

Orca Book Publishers is a successful, growing, independent Canadian children’s book publisher. With over 1200 active titles in print and digital formats and 90 new titles/year, we have a vibrant, well-respected publishing program. We are looking for a professional, motivated person to join our marketing team. The ideal candidate will bring a passion for books, strong organizational skills and a willingness to work with an amazing team. Our preference is for someone who can work in in our office in Victoria, BC, although we will consider an applicant from outside of Victoria.

Overview: Promote Orca titles, authors and brand online through a cohesive and organized presence across newsletters, social media platforms and blog. Create and manage campaigns collaboratively with the marketing and sales teams, including writing online and print copy for a variety of audiences.

Orca Book Publishers is an inclusive employer with a passion for books that matter. We are strongly committed to diversity within our community and especially welcome applicants who may contribute to the further diversification of ideas.

We are also committed to ensuring that young readers see themselves reflected in the books they read. We aim to produce books that illuminate the experiences of people of all ethnicities, people with disabilities and people who identify as LGBTQ+. We have a particular interest in publishing books that celebrate the lives of Indigenous people. Our fiction includes characters from diverse backgrounds and unique family structures, and our global nonfiction celebrates the variety of ways people live and educates readers about important issues. Providing young people with exposure to diversity and the opportunity for social change through reading creates a more compassionate world. We encourage applicants to learn more about us at www.orcabook.com.

We strive to make our recruitment, assessment and selection processes as accessible as possible. If you require any accommodations at any point during the application and hiring process, please contact jobs@orcabook.com. All qualified candidates are encouraged to apply; however, Canadians and permanent residents will be given priority. We offer a competitive salary and benefits package.

Please send resume and cover letter by October 7, 2022, to jobs@orcabook.com. We thank all who apply; only those candidates who are shortlisted will be contacted.