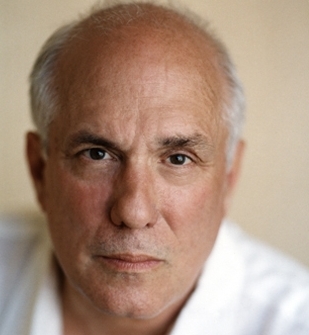 Bruce Allen’s Reality Check: The Weeknd shunned by the Grammys

Pictured: Fresh from the printer, the cover from the premiere edition of Next, Michael Hollett’s followup to Now Magazine. The glossy four-colour mag is to be distributed in Vancouver, Calgary and Toronto starting next week. More to come on Monday.

The current Broadcasting Act begins with a declaration of Canadian broadcast policy, identifying at least 20 different priorities that range from access to both English and French programming to the role of the CBC. At the top of the list is Canadian ownership, affirming “the Canadian broadcasting system shall be effectively owned and controlled by Canadians.” Yet Canadian Heritage Minister Steven Guilbeault’s bill discards the provision and removes any reference to Canadian ownership and control in the law. – Michael Geist, The Globe and Mail

…Snobbery is a comfort mattress for those who are already well endowed with comfort. Sneering at people facing a hard time and on the edge of making it through this business is a cheap amusement.

Before anyone dumps on “third-rate” rib joints: try starting one, running it and see it going to ruin, under a regime that lets great corporations thrive, some protests but not others receive benediction and a bended knee, and try a little empathy. – Rex Murphy, National Post

Conrad Black: The civil war in the American media

In order to formulate his views on the impact of technology on politics and the news cycle, historian Conrad Black, Baron Black of Crossharbour, takes the audience back 40 years to the mid-point of the Watergate crisis and Richard Nixon’s trial by the national media and public opinion. From there, he analyzes the growth of “vapid” network newscasts and the media-based “civil war” that is now being waged south of the border. Technology is not the issue, he says – the problem is rooted in modern American history. The following address was made in 2018 at Moses Znaimer’s IdeaCity forum in Toronto.

Who are the highest-paid US newscasters?

Broadcasting the news has taken a hit in the information age, as more and more media consumers get their news from digital platforms rather than turning on Fox, CNN or some of the other “alphabet” TV news networks.

Even so, being a news anchor is still a lucrative career. In 2019, the big news media broadcasters earned dizzying salaries in the US. In fact, the top 5 raked in salaries that topped US$100M. – Brian O’Connell, The Street

Traditional vaccines are made from a weakened or a dead virus, which prompts the body to fight off the invader and build immunity. These vaccines take time to develop as scientists have to grow and inactivate an entire germ or its proteins.

But Moderna’s mRNA technology used synthetic genes, which can be generated and manufactured in weeks and produced at scale more rapidly than conventional vaccines. – Katie Dangerfield, MSN News

The crisis of democracy for America is not over

Biden has earned more votes than any other presidential candidate in history—with Trump a close second. As in 2016, tens of millions of Americans will look at the results knowing that their compatriots voted for a candidate whose campaign was premised on their mere presence in the United States being an existential threat to the country. For many of them, the sense of relief they find in a Trump defeat will be coupled with the understanding that much of the electorate does not recognize them as truly American, and that the faction that supports Trumpism has not only grown, but grown more diverse than it was in 2016. The outcome is ultimately bittersweet—not only because of the institutional obstacles to any lasting change, but because America’s rebuke of Trumpism was paired with a reminder of the ideology’s lingering potency. That the president spent the last few weeks of the campaign making his own supporters sick with a deadly disease, simply to feed his own ego, did not begin to dampen the devotion they showed him.

With Biden’s victory, American democracy has earned a reprieve from its most immediate threat. But the tasks Biden faces when he assumes the presidency are daunting. – Adam Serwer, The Atlantic

While the company has never reported positive net income on an annual basis, shares have skyrocketed approximately 1,160% over the past five years as investors drove up the stock on the belief that profits would come at some point down the road. Although Tesla reported its fifth consecutive quarter of profitability in Q3 2020, Musk appears to sense that shareholders are yearning for more. – Motley Fool

No TV I’ve ever tested offers this much picture quality for this little cash. The 2020 TCL 6-Series has even better image quality than its predecessor, thanks to mini-LED tech and well-implemented full-array local dimming that helps it run circles around just about any other TV at this price. It’s also a solid choice for gamers with a new THX mode that combines low input lag and high contrast. As if that’s not enough, the Roku TV operating system is our hands-down favourite. U$1597 on Amazon, $1400 at Best Buy. – CNET

The US health care system has always been unequal, but Covid-19 has revealed it to be absurd

Free markets are powerful tools to efficiently distribute resources. But they are not magic—especially right now. A functional market can’t spring up overnight for a disease that didn’t even exist last year. Worse still, markets have no concern for the public good. The US health care system may be a free market, but it’s not a fair one. Covid makes this terribly clear. – Wired

Southern Ontario folk musician Ian Bell says it makes sense that sea shanties are taking off on social media right now because they are participatory and easy to learn.

“It’s easier to learn Heave ‘Er Up and Bust ‘Er than it is to try and figure out all the bits for, say Bohemian Rhapsody or something,” Bell, who is also the former curator of the Port Dover Habour Museum, told CBC.

“I think for a lot of people, singing shanties at this moment is like the musical equivalent of learning to bake your own bread.”

The social media platform Tik Tok is awash in videos of people performing the traditional work songs or altering others’ videos of them, and even talk show hosts such as Stephen Colbert have gotten in on the action.

The songs are appealing because of their communal nature, Bell said.

“There is nothing better than being in a large gang of people who are singing their faces off often in three or four part harmonies, and it’s one of those situations where it kind of goes beyond musical. You know the vibrations can go right through you,” he said.

One of the best shanty sings used to take place at the Mill Race Festival in Cambridge, he said, where 60 or 70 singers would pack into the Kiwi Pub and belt out the numbers.

Shanties aren’t so much songs as they are templates of songs, Bell said.

The rhythm helped workers carry out tasks in unison such as pulling in sails on sailboats.

But the lyrics were fluid.

Each work crew might have a shantyman — possibly the person with the loudest voice — who might recall some of the original words to the number, but there was a lot of improvisation, Bell explained.

“If the job wasn’t over and he’d finished the song, ‘Well, we’ll add a verse about the cook,'” he added.

A number of sea shanties were written on or about the Great Lakes and they are particular to the types of ships on the lakes, he said. Specifically, they were schooners rather than clipper ships.

There were lots of capstan shanties, or songs sung while rotating the capstan to pull in an anchor, he said. Some also specifically mention the lakes or the surrounding areas.

For those wanting to learn a shanty or two and get in on the social media activity, Bell recommended Bully in the Alley and It’s Me for the Inland Lakes.

“I love the way it’s happening on Tik Tok,” Bell said, “which I haven’t tried, because, let’s be frank; I’m an old guy.”