There is no room for nostalgic clutter, impulse purchases or unitasking kitchen tools.

With prices rising quickly in Montreal, those in search of affordable homes are increasingly shopping for condos or fleeing for cheaper outlying suburbs. But there’s another way to shrink your housing costs: buy or build a tiny home.

By “tiny” I don’t just mean small. Many tiny homes are 500 square feet or less — sometimes a lot less. Aficionados of small-space living can find examples on websites like tinyhouselistings.com that are just 200 square feet. The small-footprint homes typically cost much less than a conventional property and are less expensive to heat and maintain.

It may seem like a stretch if a 700-square-foot apartment seems cramped to you. Then again, even a 4,000-square-foot cottage in the ‘burbs can feel small if you cram it full of stuff.

For tiny home evangelist Kenton Zerbin, one of the big benefits of choosing to live in a tiny home is that it forces you to zero in on the things in your life that matter most to you. There is no room for nostalgic clutter, impulse purchases or unitasking kitchen tools.

“A tiny house is a means to an end,” Zerbin said. “It’s a way for your house to enable your life, instead of living for your house.”

Zerbin made the big switch to tiny home living four years ago when he moved into an off-grid home in Edmonton that he designed and built himself. Now the former high school teacher is touring Canada to promote a lifestyle he characterizes as more sustainable, including building smaller, more energy-efficient homes, incorporating edible landscaping and living in balance with nature.

Zerbin’s road show came to Montreal in November, but it was popular enough to organize a return engagement just a few months later. He’ll be explaining the ins and outs of tiny home construction in a $399 workshop on Feb. 7-9 at Bâtiment 7, 1900 Le Ber (Suite 201). (Full details about the workshop are on Zerbin’s website at kentonzerbin.com.)

The workshop focuses on the ins and outs of tiny home design and construction, but Zerbin said the information is practical for all homeowners to know, whether or not they really intend to build or buy a tiny home.

“A lot of people don’t understand the guts of a house, what actually makes it tick, how to reduce their heating bill, how insulation really works, and where your money is best spent on this stuff,” Zerbin said.

While it is possible for some skilled and resourceful DIYers to build a tiny home on wheels for as little as $30,000, Zerbin said it’s more realistic to expect a budget of $80,000 or more, depending on the type of home you choose.

Although tiny homes are growing in popularity, municipal regulations often limit where people can build, Zerbin said. Rules vary from province to province and city to city. Some places like Vancouver are embracing the potential to provide more affordable housing options as well as infill housing to increase density in single-family neighbourhoods. In some municipalities, however, minimum size requirements limit how tiny a home can be.

Many tiny home enthusiasts have responded by building souped-up RVs on trailer chassis even if they don’t expect they’ll ever roll away on those wheels. Others have found — or founded — purpose-built tiny home enclaves where municipalities have been willing to amend bylaws to expressly permit these homes.

According to Josée Bilodeau, owner of the Napier-based “minimaison” specialty building company Ilo (ilotinyhouse.com), while tiny homes are less common in Montreal, there are several tiny home projects underway on the outskirts of the city in places like the South Shore.

In other Canadian cities, there’s a trend to building tiny homes on the same lot as a pre-existing single-family home, either for family members to live in or to act as a mortgage helper. While it’s still uncommon in Montreal, Bilodeau said it’s starting to happen here, too.

“There are people who have succeeded to do it in Montreal, but you have to be very persistent, very tenacious,” she said. 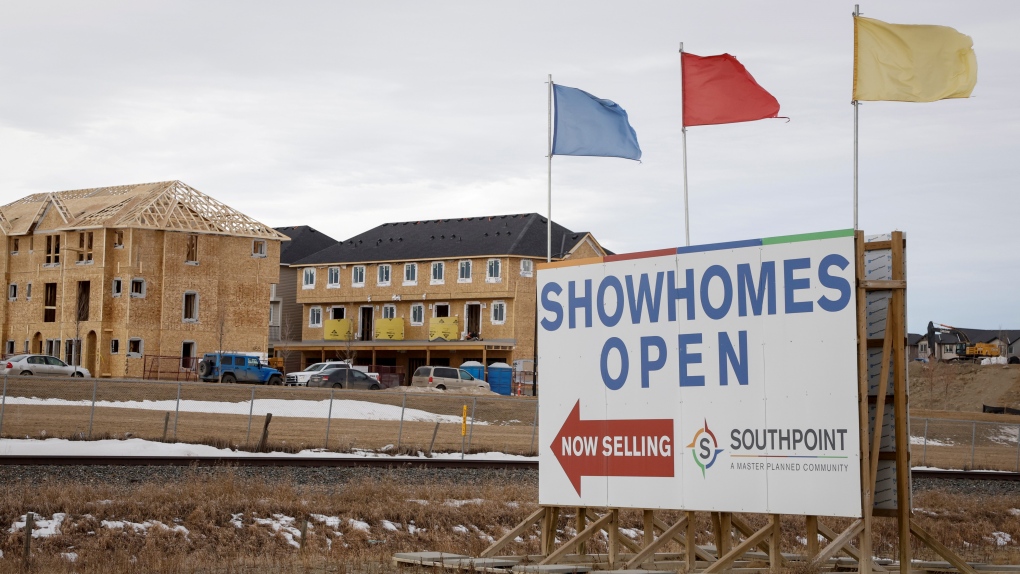 The scale of the problem is so large that the private sector must be involved, says the report by CMHC deputy chief economist Aled ab Iorwerth.

The national housing agency says public solutions such as rent subsidies and more social housing are helpful, but more needs to be done.

In a June report, on housing shortages and what the CMHC called an “affordability crisis,” the agency estimated that an additional 3.5 million housing units would be required to achieve affordability by 2030.

“To address this imperative, we need more private-sector investment to build more supply in the housing market, particularly in the rental sector,” ab Iorwerth said in the report.

The report notes that government incentives can be used to make it more attractive for companies to build additional housing, particularly the rental supply in fast-growing markets including Toronto, Vancouver, Montreal, Victoria and Halifax.

Although housing affordability is most difficult for low-income Canadians, the report notes that prices are out of reach for those with higher incomes as well.

“The housing system is interconnected, so fixing Canada’s affordability challenge requires a suite of policies to affect the entire system.”

Home prices have eased this year as the real estate market has cooled, but they are coming off record levels earlier in the pandemic.

The report says the imperative of increasing housing supply will be even greater as Canada seeks to attract more immigrants. Mumbai, Nov 28 Certus Capital, an institutional real estate investment and advisory company founded by former KKR director Ashish Khandelia, has invested Rs.30 crore in EON One, a residential project located at a prime south central location in Mumbai and being developed by EON group that has 30 years of experience in Mumbai real estate. This secured debt investment opportunity will soon be available for the investors through Earnnest.me, the digital neo-financing platform of Certus Capital.

With this Rs 30 crore investment, investments through Earnnest.me have crossed Rs.100 crore within months after its launch in February 2022.

Commenting on the investment, Ashish Khandelia, founder of Certus Capital and Earnnest.me said, “This investment in EON is a part of Certus Capital’s strategy to fund well placed projects being executed by experienced developers in Tier 1 cities. The residential real estate sector is witnessing a stronger demand revival and improved sales. At Earnnest.me, we’ll continue to offer carefully selected and diligenced investment opportunities in the real estate sector to our investors.”

The company has plans to deploy about Rs 500 crore in FY22-23 in senior secured real estate credit deal through Earnnest.me. As a part of its strategy, Certus Capital takes up 10-15 per cent of each investment to ensure its presence throughout the investment cycle.

So far, more than 200 investors with a minimum investment ticket size of Rs 10 lakh have invested in various such credit opportunities through Earnnest.me. The platform has witnessed over 50 per cent repeat investing interest. It has a diversified clutch of investors which includes real estate professionals, finance experts, family offices, CXOs, UHNI, professionals, etc. Earnnest.me continues to actively evaluate deals across Tier 1 markets including Hyderabad, Bengaluru, Pune, Mumbai and Chennai.

Across the twin platforms, Certus Capital is working through investment and advisory deals ranging from Rs 25-1,000 crore.

Prices will likely still fall in Toronto, but the decline has begun to slow and expectations are that prices will bottom in the spring.
Some areas in the GTA have done better than others.As predicted, areas outside the city where prices skyrocketed once remote work became a possibility are among the hardest hit.

“The market downturn may be in a late stage, but it doesn’t mean things are about to heat up again,” said Robert Hogue, RBC’s assistant chief economist, in the report.“We expect high — and still-rising — interest rates will continue to challenge buyers for some time. This will keep activity quiet for a while longer, even if it stabilizes near current levels.”

And maybe no bidding war, although some neighbourhoods have not lost value because the three rules of real estate — location, location, location — never change.If you’re wondering what the bank will lend you for a mortgage, the expert offered a useful rule of thumb: 4.2 times your salary will tell you what you qualify for.

As for that swift rise in interest rates tamping down inflation, that’s working “to some extent.”The government should have started two years ago and raised rates more slowly, he explained.